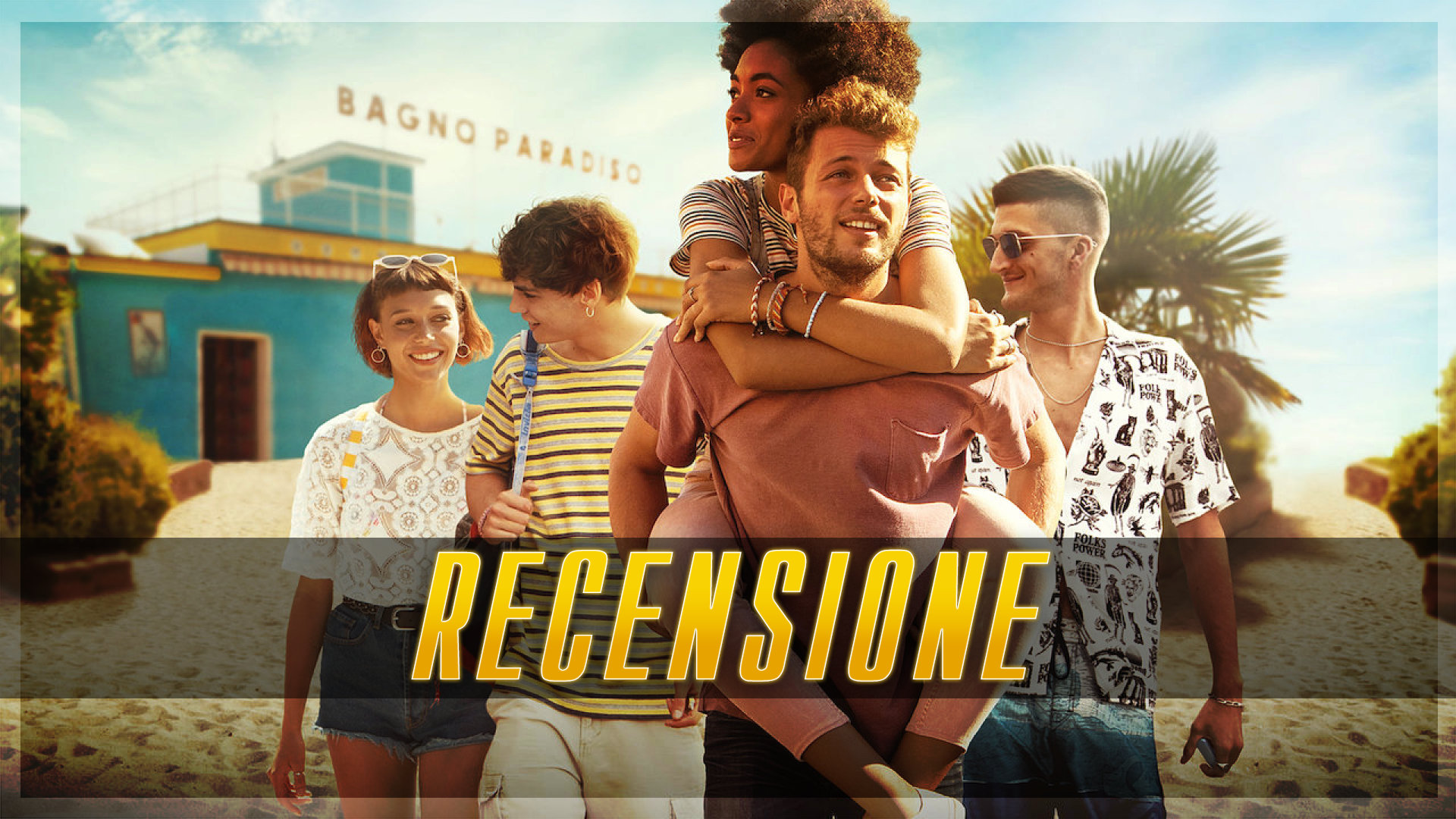 We are practically in early May, and now the summer it is at the gates, so much so that its perfumes, its temptations, and its impelling desire for the sea are almost beginning to be felt in the air.

For obvious reasons however, the swimming season of this 2020 may not be exactly like what we have experienced in the past few years. In these cases, if your desire for summer overwhelms you, Summertime, the new production Netflix all Italian company is without a doubt the series that's right for you.

I immediately put my hands forward in saying that Summertime is (and never pretends not to be) a teen drama, so don't expect courtly themes, cultural content, or an Oscar narrative construction. The series, composed of eight episodes with variable duration, ranging from 35 to 50 minutes each, it is freely inspired by the novel by Federico Moccia "Three meters above the sky", and tells the sentimental story of a group of young people on the Romagna Riviera during the course of an entire summer. 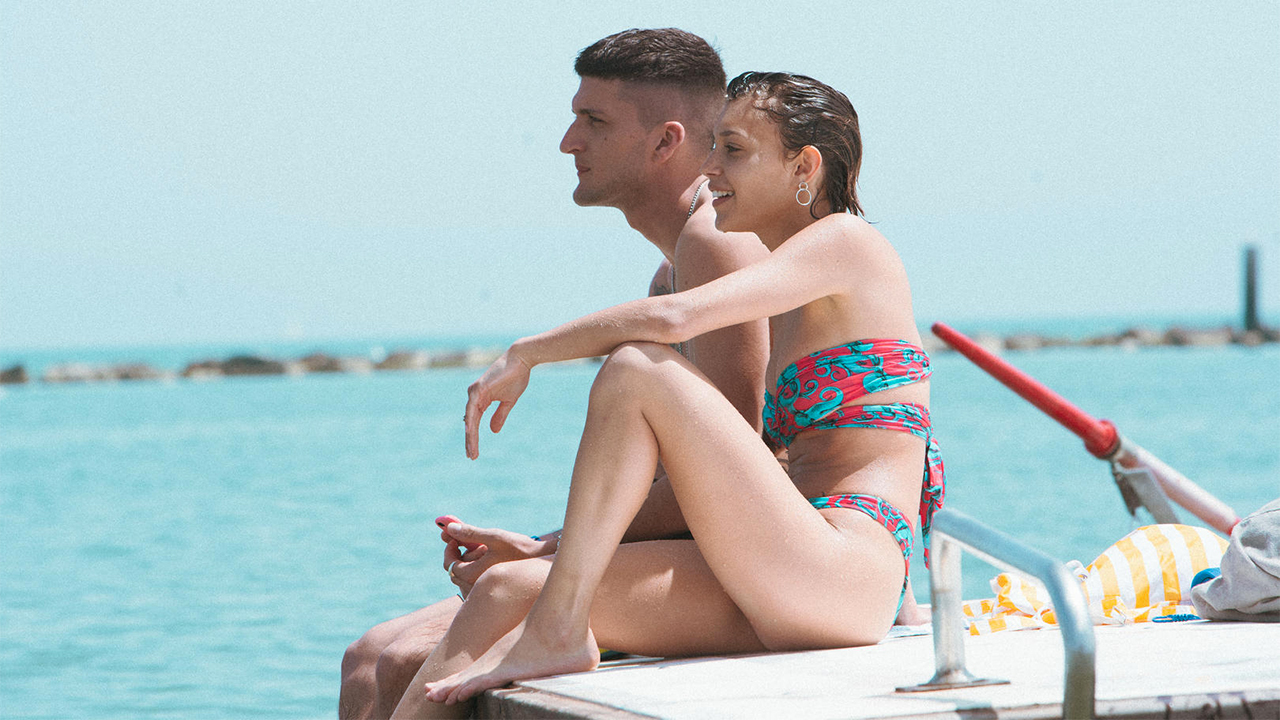 The plot around which all the other characters rotate is what he sees as protagonists Summer (yes, it's called that), played by a new but convincing debutante Coco Rebecca Edogamhe, And Ale, aka Ludovico Tersigni, already known to the public for having played the role of Giovanni in "SKAM Italia". She is a responsible and diligent girl, he is an unruly motorcycle rider. Both however find themselves dealing with a summer that puts the two in front of choices, leading the characters to understand more about both the other, but also a little about themselves, growing and maturing visibly during the episodes.

To complete the cast go Andrea Lattanzi (seen on Sulla Mia Pelle, also by Netflix), who plays Dario, Amanda Campana, in the role of Sofia, Giovanni Maini like Edo, Alicia Ann Edogamhe in the part of Blue and the singer Thony, who plays Summer and Blue's mother, Isabella. 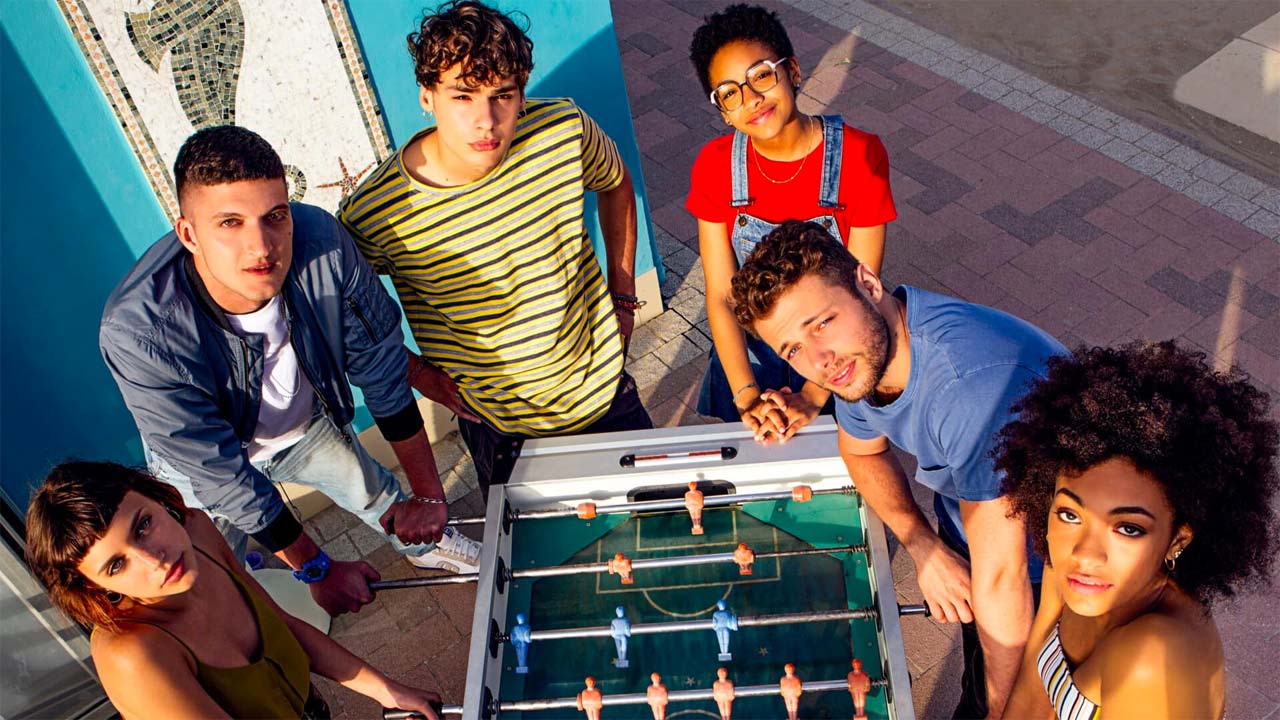 Although therefore the topics covered in Summertime may not be the most profound or complex, there is no doubt that the technical realization of the series, despite the lightness of the topics, is still of high quality. The excellent photography, specially characterized by warm colors, almost to make us partakers of the scorching temperature of the Romagna beaches, is what catches the eye from the first episode. The aerial shots of the Riviera are splendid, and to think that many of those establishments will be so different in this summer 2020, makes your heart squeeze more than the love affairs of the characters.

A praise also goes to the pieces chosen as colonna sonora during the course of the various episodes. Pieces more familiar to the younger ones such as those of Francesca Michielin, Frah Quintale, Giorgio Poi, Achille Lauro, Salmo, Franco126, Tommaso Paradiso, Gemitaiz, Izi, Thony Raphael Gualazzi and Coma_Cose, are in fact alternated with real songs cult of the 70s and 80s that immediately bring to mind Taste of sea, one of the most famous comedies about seasonal loves at the time. 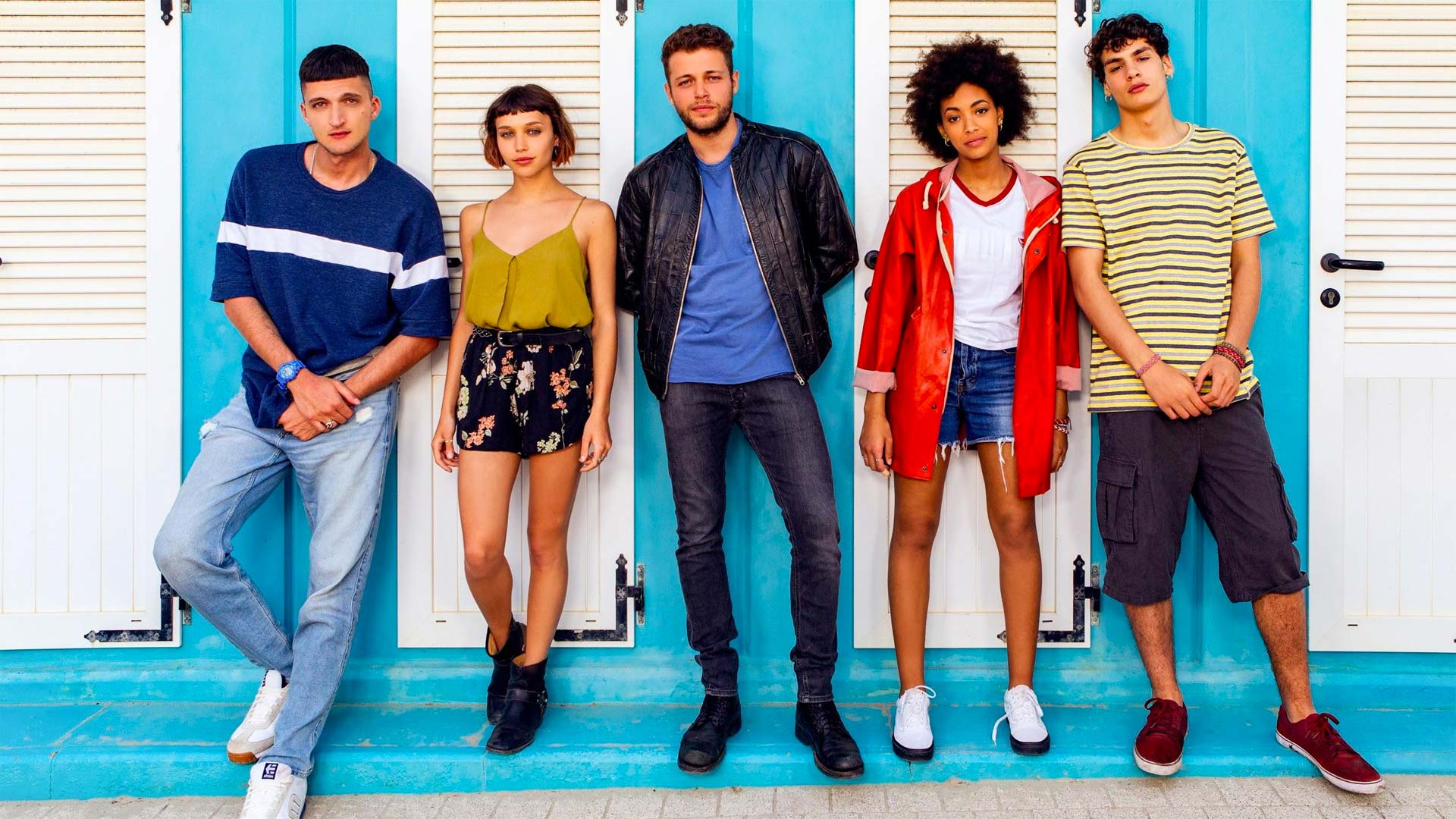 Despite the content from teen drama then, Summertime never flows into extremely long moments, and those situations at the limit of cringe that someone could imagine happening continuously in a series of this type, they really count on one or two occasions in all eight episodes, thus not making the vision of the latter cloying, which flow quickly and with a sustained rhythm.

The characters are absolutely not static, so much so that at the end of the summer all the boys have learned something, and each in his own way has treasured the experiences, clearly showing the viewer the growth and awareness gained in the course of their personal affairs. 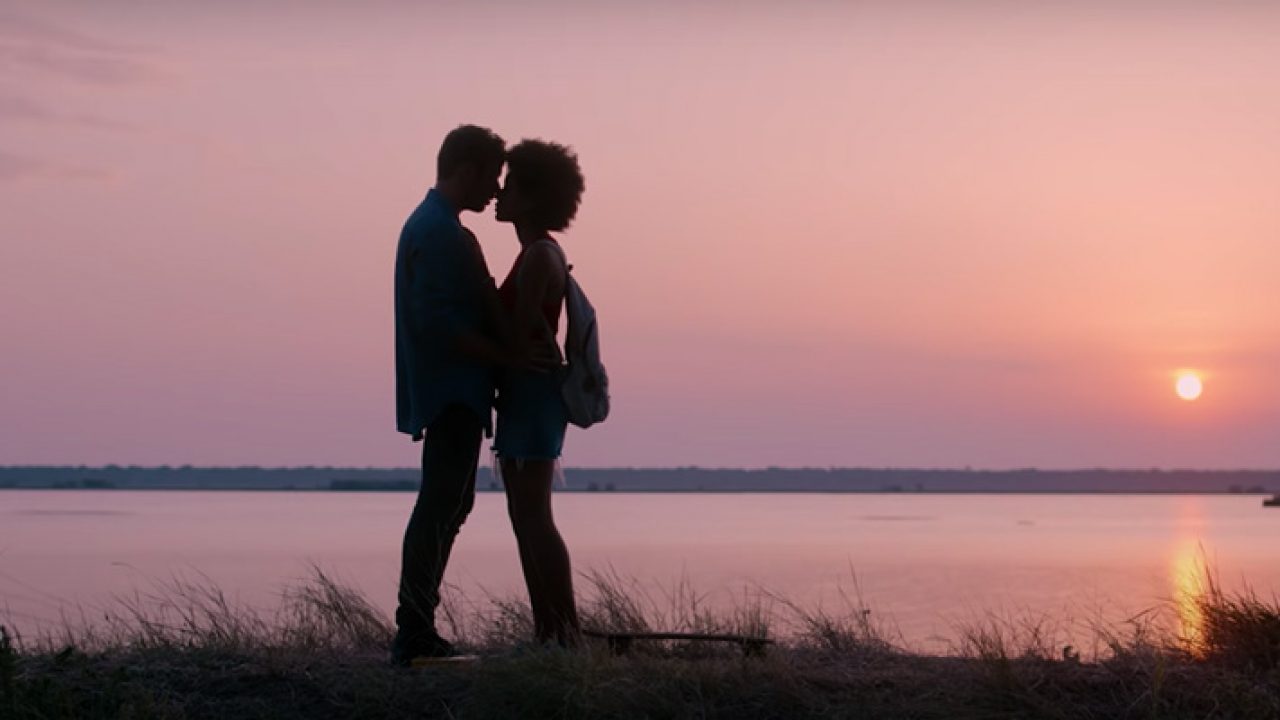 In conclusion, also the undersigned, as the protagonists of Summertime, learned something from this series. In fact, I got the awareness that just because a product is labeled as a teen drama, it is not to be pointed out directly as of poor quality or low production. Netflix in this case it has shown that regardless of the frivolity of the topics, it is possible to involve and make the user appreciate a product totally different from the genres to which a person is accustomed, obviously on condition that the latter is made with all the appropriate trappings. My advice is therefore to give Summertime a chance, coming out with all eight episodes on 29 April, not only because it is an Italian production, but because in times of seclusion and sad days like the ones we are experiencing, a little lightness can only do everyone good.

The Umbrella Academy 2, we discover the new images

The Witcher Season 2, assigned the role of Vesemir