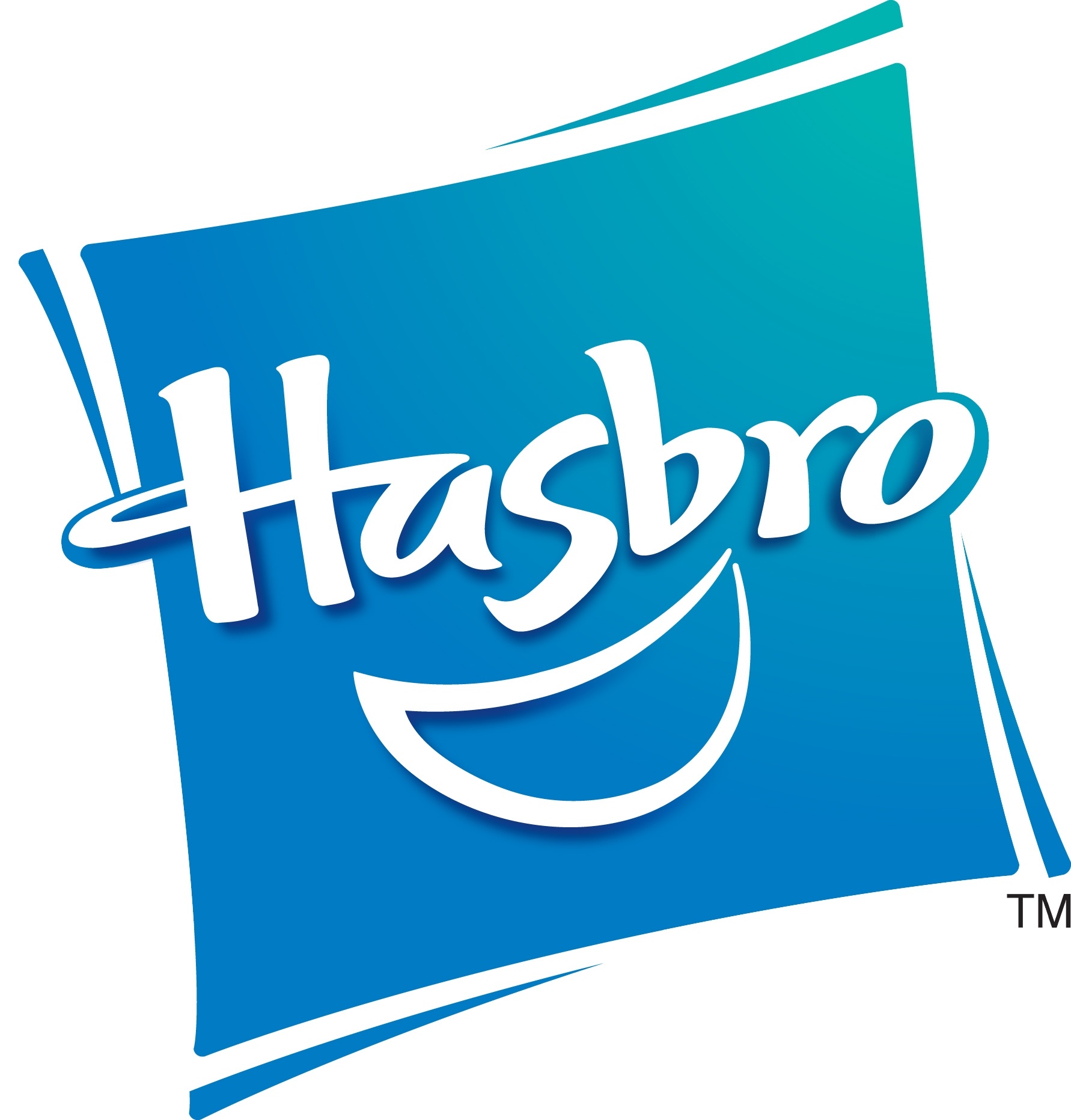 PAWTUCKET, RI– (BUSINESS WIRE) -$ HAS #HAS–Hasbro, Inc. (NASDAQ: HAS), a global play and entertainment company, today reported financial results for the first quarter 2020 and provided a business update on COVID-19 related matters. Hasbro completed its acquisition of Entertainment One Ltd. (eOne) at the beginning of the first quarter. 2020 results are those of the combined company, and 2019 results referenced herein reflect the pro forma combined results. See the financial tables accompanying this press release for a reconciliation of as reported to pro forma and adjusted results.

"The first quarter highlights what truly differentiates Hasbro: A global team that meets challenges creatively and nimbly; to several basic portfolio and retailer brands, including best in class ecomm and omni-channel execution; a strong financial foundation and balance sheet; and a commitment to our purpose of making the world a better place for children and their families, "said Brian Goldner, Hasbro's chairman and chief executive officer. "During the quarter, families and friends connected through Hasbro's robust portfolio of face-to-face games, created with PLAY-DOH and engaged in content and imaginative play with our brands and entertainment properties. Our teams worked wirelessly to ensure product could get to consumers while managing the health and safety of our employees and partners globally who are navigating a global supply chain and retail landscape impacted by COVID-19. Point of sale at retail was strong during the first quarter and continues to be up in April.

"We've undertaken extensive scenario planning across the business and geographies as we plan for a re-opening of the economies globally," continued Goldner. "At the same time, we made significant progress on the integration of eOne and while near term much of the team's production work has been delayed due to COVID-19, we are actively working together to unlock value from our brands and the eOne enterprise. Hasbro is creating play and entertainment experiences which are vital and desired by consumers and audiences this year and for the years to come. "

"Hasbro is operating from a solid financial position with substantial liquidity available in both cash on hand and a revolving credit facility," said Deborah Thomas, Hasbro's chief financial officer. "Upon closing the eOne acquisition, we drew down on a $ 1 billion term loan and left our cash on the balance sheet intact. This cash position increased to $ 1.2 billion at quarter end, and is further supported by access to a $ 1.5 billion revolving credit facility. The global team did a tremendous job navigating the challenges of the first quarter. Toward the end of the quarter, physical store closures and country-wide restrictions became more prevalent and entertainment productions shut down. As a result of COVID-19, we expect the second quarter to be more challenging than the first quarter of the year with revenues and earnings down versus pro forma 2019. We are taking prudent steps to lower expenses and preserve capital while positioning to meet the seasonal peak demand periods of the business in the second half of the year, including the holiday season. While the ultimate impact of COVID-19 will vary depending on how long it takes to reopen markets around the world, we are currently seeing healthy demand for our products and content. "

Withdrawing 2020 Guidance
Due to the uncertainty related to COVID-19 including its impact on the Company's supply chain, global retailer operations, timing and production of entertainment and the global macroeconomic environment, the Company is withdrawing its 2020 Outlook issued at its Toy Fair presentation on February 21, 2020.

eOne Update
The combination of Hasbro's extensive brand portfolio, product innovation and licensing capabilities with eOne's story-led brand skills and proven content development and monetization expertise, creates a business that can deliver long-term value and growth to shareholders. The integration is progressing well and the Company remains on track to deliver planned synergies of $ 130 million by the end of 2022.

1Both periods above are as reported, with 2019 including the pro forma results from eOne. Adjusted segment operating profit excludes Non-GAAP adjustments. A reconciliation is in the attached schedule "Reconciliation of As Reported to Pro Forma Adjusted Operating Results." Non-GAAP adjustments recorded in the Corporate and Eliminations segment include $ 51.2 million of pre-tax and One acquisition-related costs.

2Hasbro's total gaming category, including all gaming revenue, most notably MAGIC: THE GATHERING and MONOPOLY which are included in Franchise Brands in the table above, totaled $ 340.5 million for the first quarter 2020, up 40% versus $ 243.4 million for the first quarter 2019. Hasbro believes its gaming portfolio is a competitive differentiator and views it in its entirety.

Conference Call Webcast
Hasbro will webcast its first quarter 2020 earnings conference call at 8:00 am Eastern Time today. To listen to the live webcast and access the accompanying presentation slides, please go to https://investor.hasbro.com. The replay of the call will be available on Hasbro's web site approximately 2 hours following completion of the call.

About Hasbro
Hasbro (NASDAQ: HAS) is a global play and entertainment company committed to Creating the World's Best Play and Entertainment Experiences. From toys, games and consumer products to television, movies, digital gaming, live action, music, and virtual reality experiences, Hasbro connects to global audiences by bringing to life great innovations, stories and brands across established and inventive platforms. Hasbro's iconic brands include NERF, MAGIC: THE GATHERING, MY LITTLE PONY, TRANSFORMERS, PLAY-DOH, MONOPOLY, BABY ALIVE, POWER RANGERS, PEPPA PIG and PJ MASKS, as well as premier partner brands. Through its global entertainment studio eOne, Hasbro is building its brands globally through great storytelling and content on all screens. Hasbro is committed to making the world a better place for children and their families through corporate social responsibility and philanthropy. Hasbro ranked No. 13 on the 2019 100 Best Corporate Citizens list by CR Magazine and has been named one of the World's Most Ethical Companies® by Ethisphere Institute for the past nine years. We routinely share important business and brand updates on our Investor Relations Web site, newsroom and social channels (@Hasbro on Twitter and Instagram).

Safe harbor
Certain statements in this release contain "forward-looking statements" within the meaning of the Private Securities Litigation Reform Act of 1995. These statements, which may be identified by the use of forward-looking words or phrases, include statements relating to: the impact of, and actions and initiatives taken and planned to be taken to, try and manage the negative impact of the global coronavirus outbreak on our business, including on the negative impact on supply of products and production of entertainment content, demand for our products and entertainment , our liquidity and our community; the expected adequacy of supply and operation of our manufacturing facilities; and the ability to achieve our financial and business goals; the integration of eOne; expected synergies by 2022 in connection with our acquisition of eOne; and our working capital and liquidity.

Gian Luca Cama - January 15 2021
During the night, the rumor of the imminent announcement of the long-awaited remake of Pokémon Diamond and Pearl bounced on the internet. The title would be ...
News

Di Sarno Raffaele - January 14 2021
In the past few hours Treyarch has officially announced the release date of the second zombie map coming to Call of Duty: Black Ops Cold War, ...