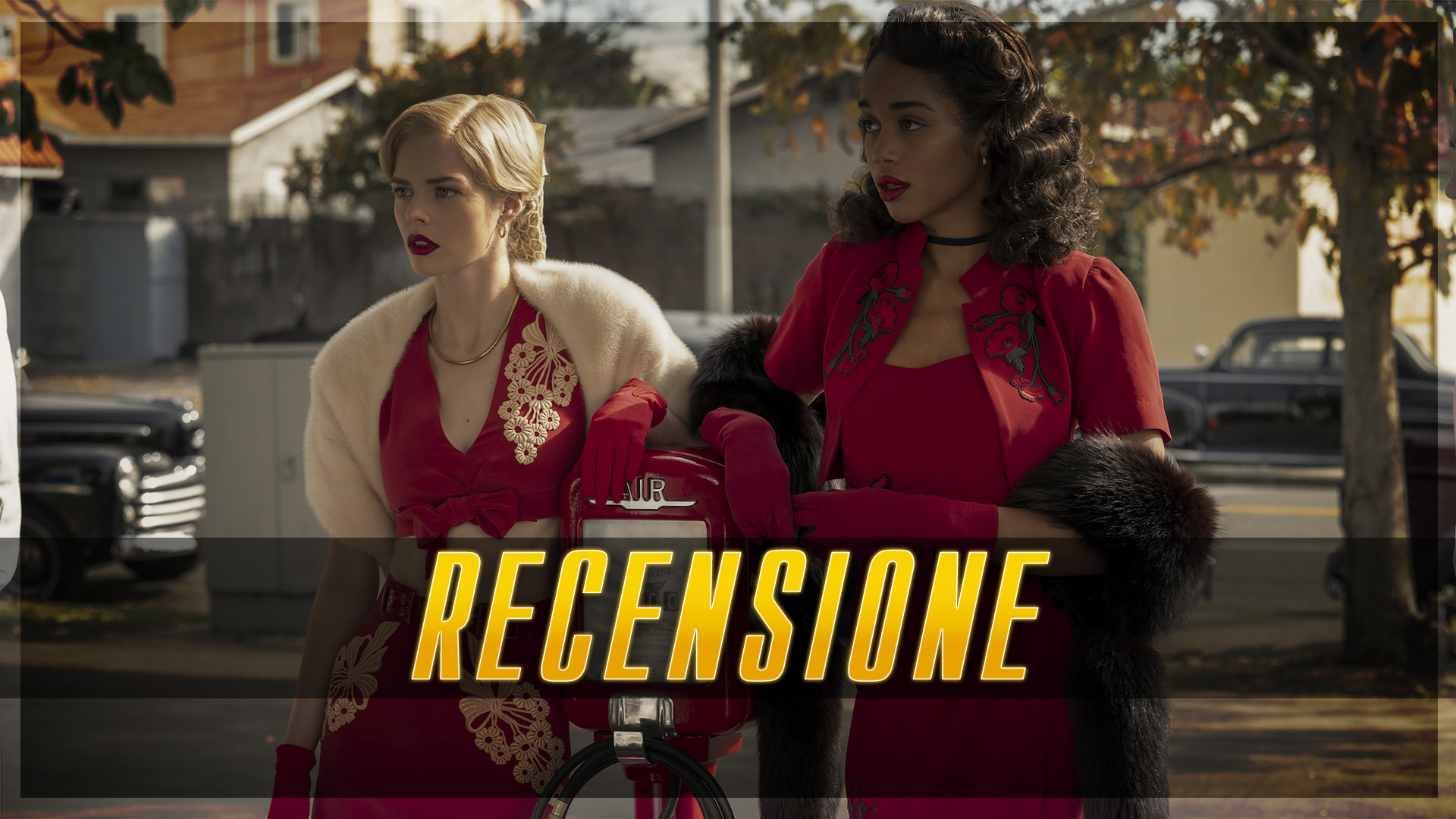 I got to preview the seven episodes of Hollywood, the new miniseries coming to Netflix on May 1. The project had seemed promising since the announcement, thanks to Ryan Murphy to production, which is a name that I appreciate hearing. I loved several of his works, first of all the evergreen and always-excessive Nip / TuckI also find that Netflix is ​​perfect for giving your works a home. posein fact, it is a valid example of a successful marriage. Hollywood and Pose share a lot: it is evident that both stories tell the story of minority life, focusing on homosexuality and the difficulty of finding a place in the world. There is, however, a difference between the two series, since while one tries to narrate the harsh reality, the other part from the truth and the plausibility to get to the fairy tale.

We are in Los Angeles after the Second World War, in those magical years in which cinema saw the birth of legendary stars, which still remain icons. The main character is Jack Castle (David Corwnswet), who more than being inspired by a truly existent character, represents all the aspiring handsome actors who poured into Hollywood during the period. Married and with twins on the way, Jack is the perfect example of a character who doesn't want to give up on his principles, but then he does it in less than twenty minutes of Pilot. His rather erratic path to the big screen led him to know the other characters that populate the series: first Ernie (Dylan McDermott) e Archie Coleman (Jeremy Pope), respectively a former actor who set up a gigolo business and an aspiring gay and black screenwriter. 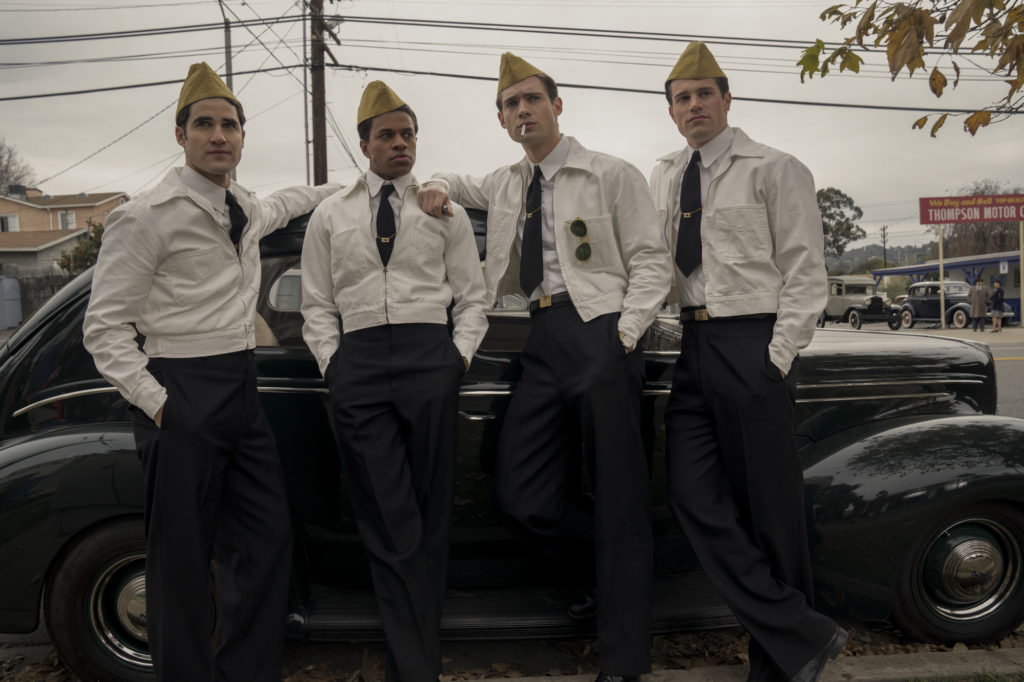 The first episode struggles to find an appropriate rhythm and style and the result is an initial big mess. It is not clear where the series wants to go to parry, thanks to Ernie who introduces himself by talking about the size of his penis and Jack who tries to solve his problems by dressing up as a policeman: it is an excess that almost ends in ridicule. Luckily, Hollywood gradually realizes the story, thanks also to the introduction of thicker characters. Avis Amberg (Patty LuPone) is a good example of this and with his charisma he fills the screen. Woman, Jewish and married to the President of a film house, her role perfectly tells how rich and important one can be at the same time but without real power to change things. 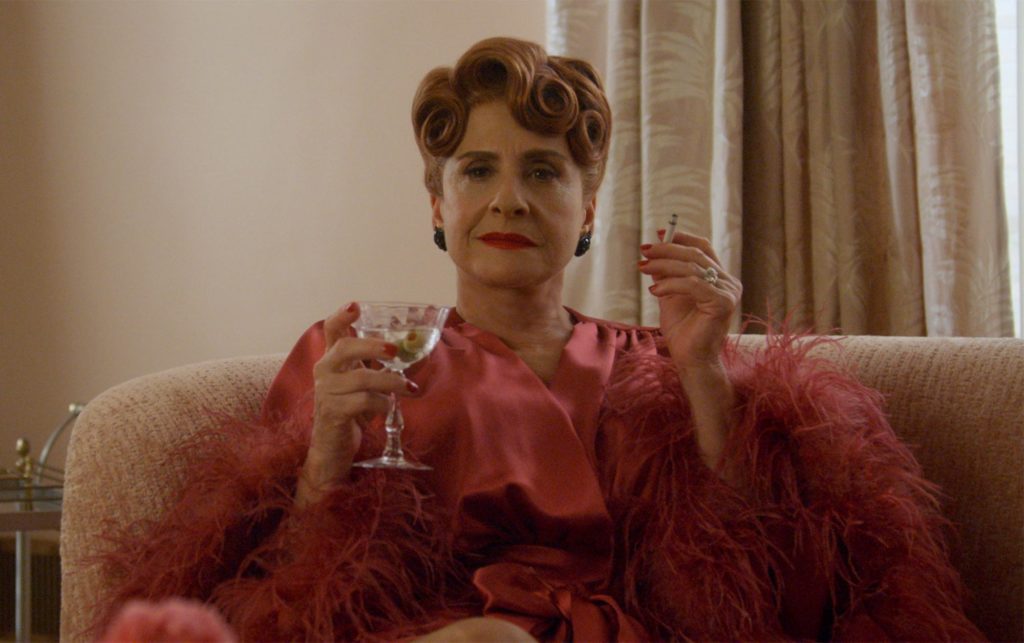 The subsequent episodes present us with a small change of young characters, all motivated to achieve their dream and break through in Hollywood. So here we come Camille Washington (Laura Harrier), Claire wood (Samara Weaving), Rock Hudson (Jake Picking) e Raymond Ainsley (Darren Criss). The mechanics of their interactions would seem based on competition, more or less correct, to grab important roles, but gradually the relationships between them lead them to become friends or lovers and everything becomes a sort of collective climb to success, as well shows the opening theme. Would I have preferred more pepper? Probably yes, but seeing them team up and opposing the world's prejudices and traps is still a pleasant dynamic. Besides, they are all really nice and a little bit of eye candy it never hurts. Unfortunately the problem is that their characters do not show charisma, thanks to a not always excellent acting. They seem mostly overwhelmed by events. Jake Picking is of a truly embarrassing flatness, almost offensive to the real Rock Hudson: he may not have been the actor of the century, but he had decidedly more panache, even when he played really stupid characters. Among young people the interpretation of Jeremy Pope stands out, which comes from the theater and this is clearly seen in his performance. 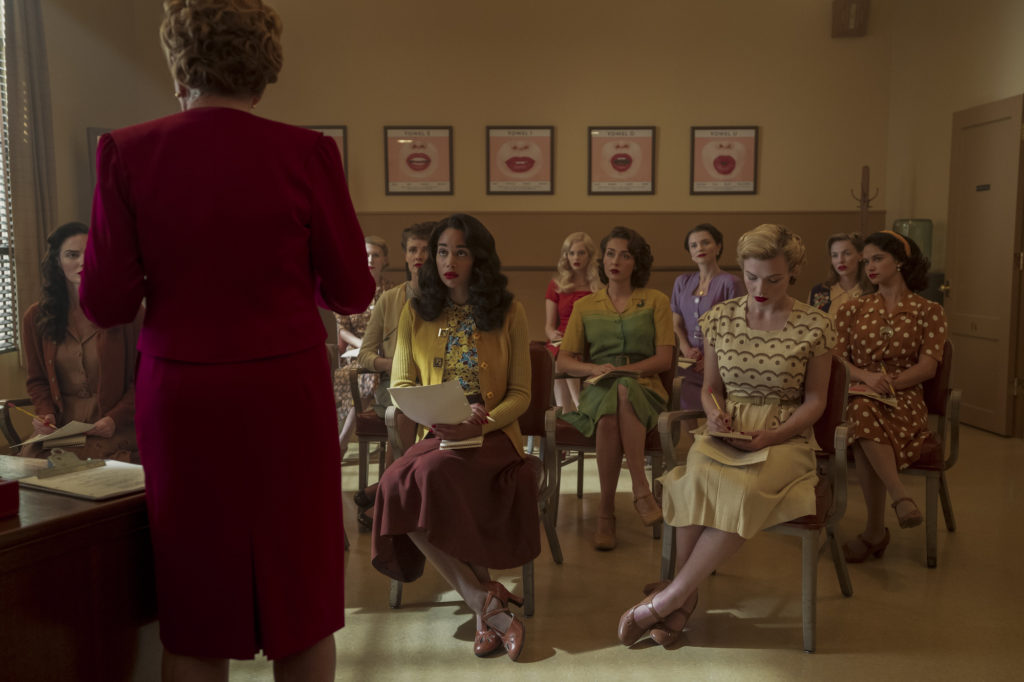 What really made me attached to the series and emotionally involved me, was the introduction of the characters that are secondary on paper. Henry Willson (Jim Parsons) is the most perverse - but perhaps not too much - version of the manager of the stars famous for having started the career of many beautiful and impossible people in Hollywood. He is a complex man, who lives in fear but tries to maintain control by harassing his customers and taking advantage of them sexually: from victim he becomes predator. The real Henry Willson was known for such attitudes, common in an era and place where sexuality was a double-edged sword, to be hidden in the closet but also to be used as a bargaining chip. It was he at the time who staged the marriage between his secretary and Rock Hudson, who hid his homosexuality almost all his life. Jim Parsons needs no introduction and manages to be really slimy and disturbing, with a chilling look. It is unfortunately difficult to avoid thinking of Sheldon Cooper hearing him act and this is a real shame. Another pair of aces is that of Dick Samuels (Joe Mantello) e Ellen Kincaid (Holland Taylor), colleagues who have worked for years in the film house, whose interactions alone support a good part of the script. They are well-written, brave, moving characters and played by actors who know how to communicate emotions and have a lot of experience behind them. How much I then love Patty LuPone and the character he plays in this series is out of the question. They would all have deserved even more space, but they still earn it by continuing from episode to episode.

Hollywood makes no secret of basing much of its plot on homophobia and racism and shows it right from its episode. Most of the protagonists (men) are homosexual or bisexual and forced to hide it, working in an environment where even today they try not to leak sexual orientation, if they aim to become international stars. Then there are colored people, who at the time were almost insignificant for the film market: the only exception was the roles of maids / nurses / matrons or directly slaves in the cotton fields, as well told by Hattie McDaniel (Queen Latifah, a welcome surprise). The real Hattie McDaniel won an Oscar in 1940, but was harshly attacked by her African American colleagues who reproached her for continuing to play stereotypical roles and not participating in protest movements. The Hattie of the TV series instead regrets the situation and tries to encourage Camille to try to get prominent positions in the world of entertainment. Injustices and sufferings are told by Hollywood in a rather realistic way, but this is where the story takes hold: the characters manage to free themselves from the chains and obtain results and gratifications unthinkable for the time. It is as if this work showed the protagonists at a crossroads between what actually happened in the history of cinema and what could have happened if someone - in power - had exposed themselves more to the rights of minorities. The result is a work that perhaps has less bite, but which remains pleasant to follow and lighter than Pose, which is perhaps the direct antagonist to compare it to. 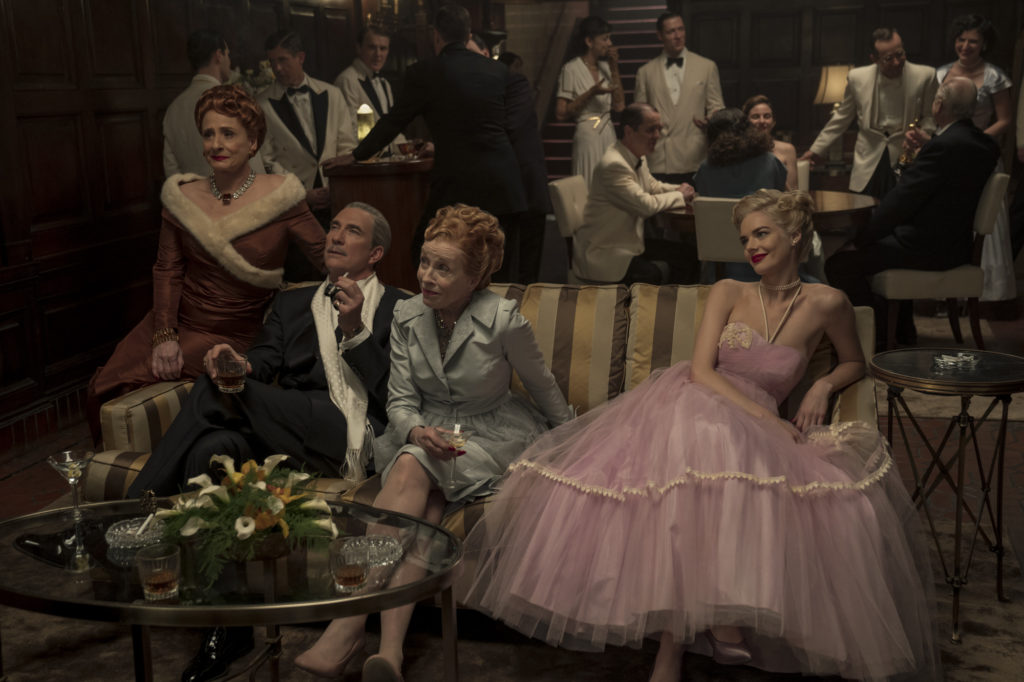 The Hollywood script seemed well written to me. There are somewhat surreal dialogues, especially in the first episode, but in general the exchanges between the characters are valid and some scenes have a strong visual and emotional impact, such as the pool party. The rhythm of the series is good and the dead spots are almost absent and this allows you to watch it with pleasure even in a row. Photography and music are excellent: it is a real pleasure to get lost in the views of the late 40s, also thanks to pastel-colored costumes and really well-made sets. The acting style convinced me less, especially by the young protagonists, since it seemed to me an attempt to be inspired by that of the time, however, obtaining only the excessive, pompous and not very credible emphasis. By combining these considerations with the narrated story, a valid and enjoyable product comes out, which I recommend to all Netflix subscribers to follow. We could have had an excellent series, perhaps exploiting more the caliber actors present in Hollywood, perhaps gloomy and realistic, but this was not the aim of the producers. For once, they wanted us to believe that anything can go well, even to those who are disadvantaged.

The Legend of Zelda, the Netflix series has been canceled. Here is the reason

Snowpiecer, unveiled the trailer of the series based on the film by Bong ...