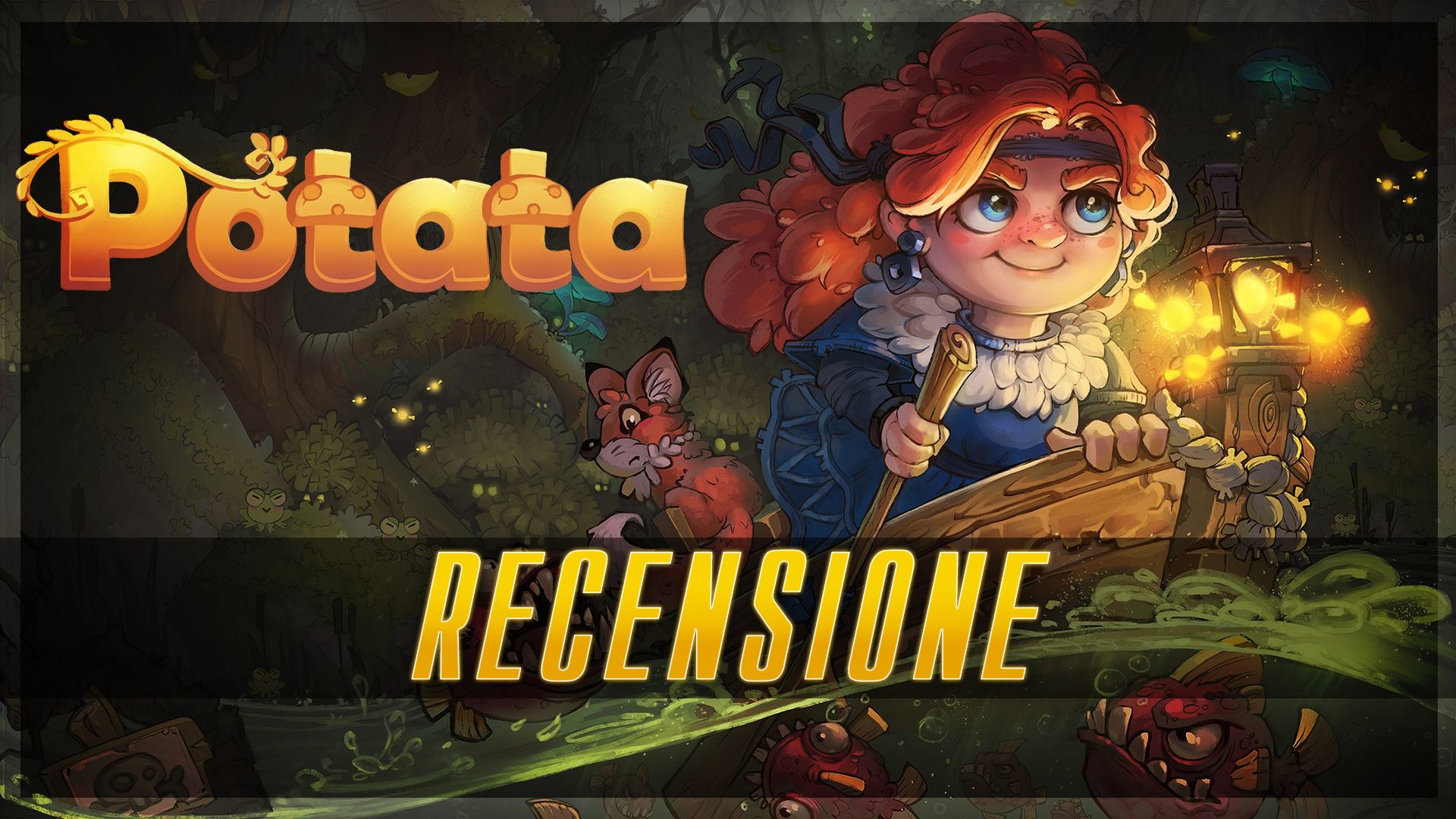 Potata: Fairy Flower is an indie title developed and produced by the small Potata Company studio, composed respectively of Anna Lepeshkin, who dealt with the artistic direction, script and animations of the work e Alexey Zavrin, title programmer.

The video game, after a lukewarm reception on PC, has recently arrived on consoles. The version tested for this review is the one for PlayStation 4.

The plot of the game is in some ways trivial but still interesting: our beloved heroine Potata is worried about the health of her fox and then decides to go to the looking for a cure, wandering in a fabian environment looking for ingredients to cure the animal. Furthermore, being the daughter of a witch, she asks her mother to help her prepare a potion to cure her and with this preamble she begins her adventure. During the journey he also meets numerous friendly and tendentially evil NPCs and to get them out of the way the only method is to pay them or give them certain objects.

The specialty of Potata: Fairy Flower is certainly the characterization of the environments and the kind of gameplay that mixes multiple genres, developing like a horizontal scroller with graphics 2.5D (in jargon, for the uninitiated, a two-dimensional graphic that simulates the three-dimensional one). In these bright and bright colors environments we find platform elements and enemies of various kinds, such as carnivorous plants hungry for colored berries, platforms that can be found in the air and that hide treasures, which can only be opened with keys that are still easy to find inside the map. All seasoned with purely fantasy elements.

The beauty of this title falls mainly on his accurate artistic style made of the talented Anna Lepeshkin: all the elements with which we are going to interact in the title are all made by hand, even the "NPCs", which have a significant relevance in history since in order to be able to advance they often require our unfortunate protagonist of payments or objects to be exchanged. Don't you want to do it? All right, don't continue the game. Speaking of the non-playing characters, when you meet them you can interact with them and select a series of answers to give: often they are not so relevant on the progress of the story, but the mechanics still remain interesting for being inserted in a platform with puzzle game elements .

As mentioned earlier, Potata: Fairy Flower combines multiple video game genres in one title with even small adventure stages. But what stands out most are the many puzzles present in practically every level: at the beginning of the game, especially if you don't have much patience and don't love i puzzle, this last they may seem difficult as a puzzle. However, once you understand the mechanisms (to tell the truth, quite intuitive and simple) on how to solve them, your way to continue the game is practically smooth since they are, for most of the adventure, overcome by the same procedure.
Fortunately the difficulty of the game is increasing and as you progress the player may find himself in some particular situations. I suggest, albeit at the small price figure of 20 coins, of save to checkpoints because if you unfortunately die because of the blows of the enemies or falling into some ravine or trap, you are forced to repeat everything what you did from the starting point. Carnivorous plants, often present enemies, kill the character instantly at the slightest touch as well as the ravines: be careful.
Another design mechanic that may surprise you is that the protagonist cropped at the beginning of the game did not no weapon available and only from the second level can use a small sword useful to defeat some enemies. Speaking of the latter, you may also be amazed by the boss fights: they do not consist in attacking the enemy in turn, at least not immediately, but "simply" in trying to dodge all his attacks and ... survive, still trying to attack immediately after dodging attacks. Certainly an atypical but very interesting mechanism.

As for the soundtrack, lthe sound of the game is certainly pleasant and knows how to entertain the gamer for the duration of the game. Luckily I have not encountered any problems regarding the frame rate su PlayStation 4. With regard to the duration of the title, in about two hours you can end it without too many problems. Be careful though if you want platinum game: if you unfortunately forget to perform a certain action at a certain point in the game or if you make a mistake, the risk is that in order to obtain the corresponding trophy you have to start the title again from the beginning. Be careful if you are a completist. 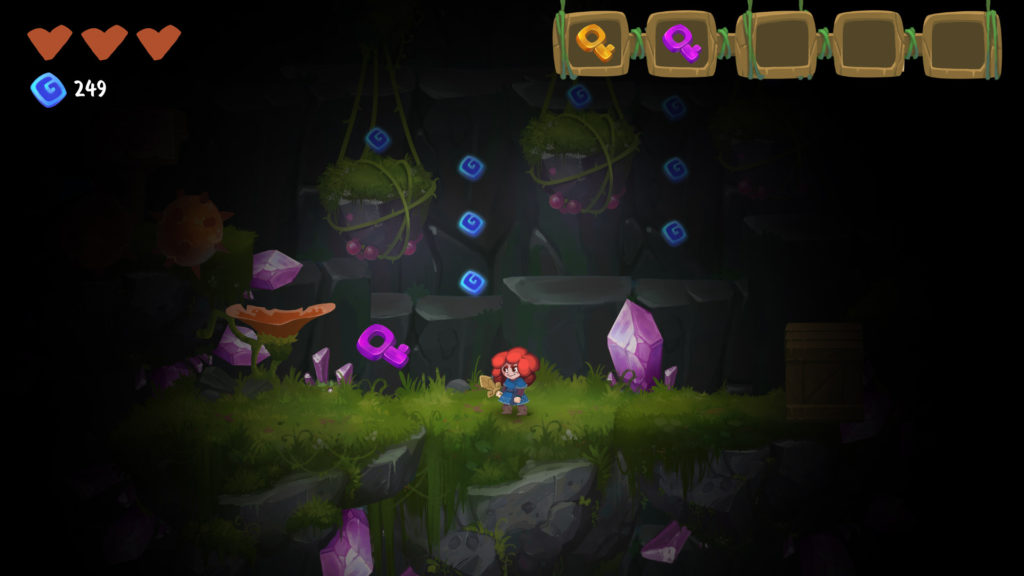 Potata: Fairy Flower is a title that all puzzle lovers, adventures in fantasy environments and, above all, gods platformers might adore. However the price (€ 14,99) is perhaps slightly high for an indie game, also the total weight (2,4 giga) and no presence of the Italian language, can make it ultimately not very incisive and unattractive to a certain type of audience.