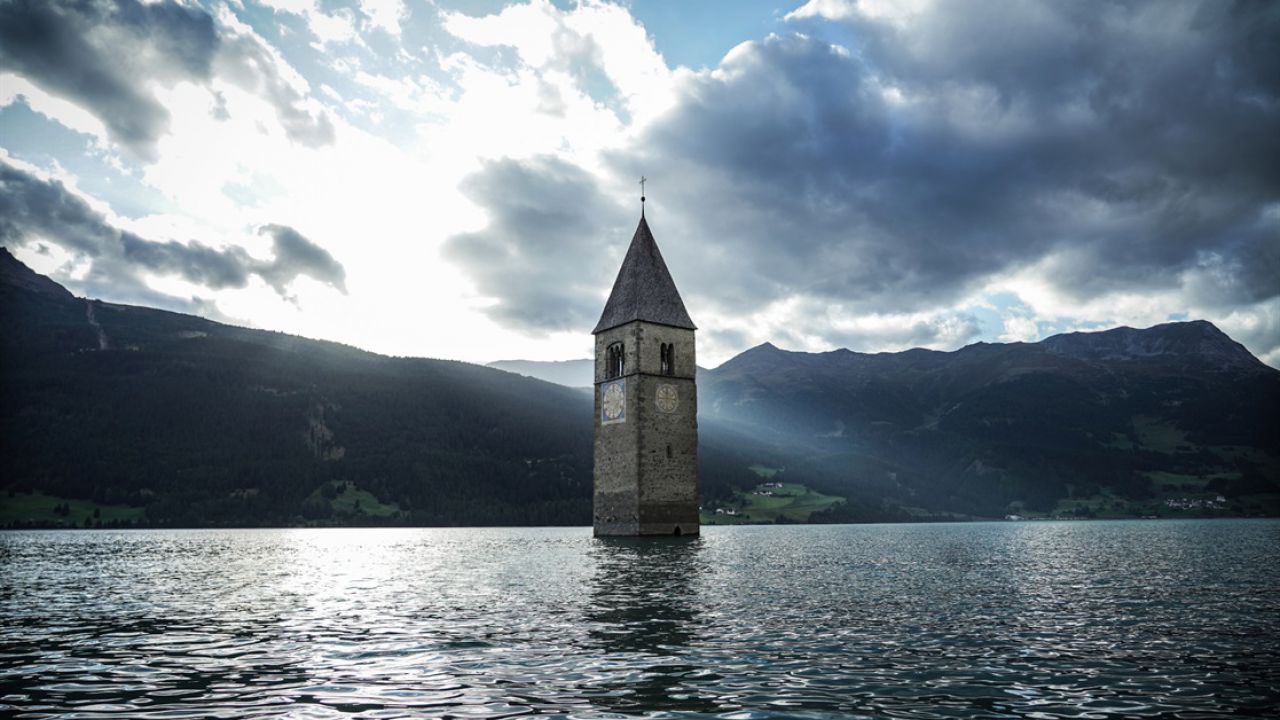 CURON is the new original Italian series Netflix, produced by Indiana Production, which will be available from 10 June 2020 in all countries where the service is active.

A supernatural drama in which mystery, legend and reality come together to give life to a story capable of transporting the spectators on an incredible journey to discover themselves and their identity. A path in which not everything is as it seems: even under the surface of what we know there are disturbing mysteries.

Anna has just returned to Curon, her hometown, together with her teenage twins, Mauro and Daria. When Anna mysteriously disappears, the boys will have to embark on a journey that will lead them to reveal the secrets that lie behind the apparent tranquility of the town and find themselves face to face with a side of their family that they had never seen before. They will discover that you can escape from your past but not from yourself.

The filming of the series took place in Curon (South Tyrol), thanks also to the support of IDM Film Fund & Commission, and in Trentino.

Curon's soundtrack winds between drone sounds, rarefied atmospheres, international brands and an approach to musical selection that goes beyond the idea of ​​pure accompaniment for images. Behind its construction there is a very clear idea: a sound landscape that is built and renewed continuously thanks to the contribution of the original themes of Giorgio Giampà and musical advice from Rocco Centrella.

Genre music manages to integrate skillfully even with exceptional signatures, including Childish Gambino, Fischerspooner, Lorn, Max Richter, Trentmoller, Swans - to name a few - and with the involvement of Italian artists symbol of musical innovation in different genres, such as Teho Teardo, MYSS KETA e Luca Longobardi.

The musical line of the entire series does not bend to a single idea of ​​"synchronization", but welcomes, episode after episode, innovative solutions to immerse yourself more and more in history and enhance the screenplay and direction choices.

CURIOSITIES FROM THE SET

The filming of Curon took place mainly in South Tyrol last winter over three months. In particular, the crew set up the set in Bolzano, especially in the Venosta Valley between Curon and Malles, but also on Lake Caldaro and San Felice.

Luca, the new Disney Pixar film is set in Genoa

Andrea Schietroma - August 12 2020
If HP Lovecraft had known of the posthumous success of his works and the inspiration they have provided to various authors spread over different ...
News

Cursed, Netflix unveils the trailer for the series from the book by ...

The paper house 4, we discover the new trailer of the series ...