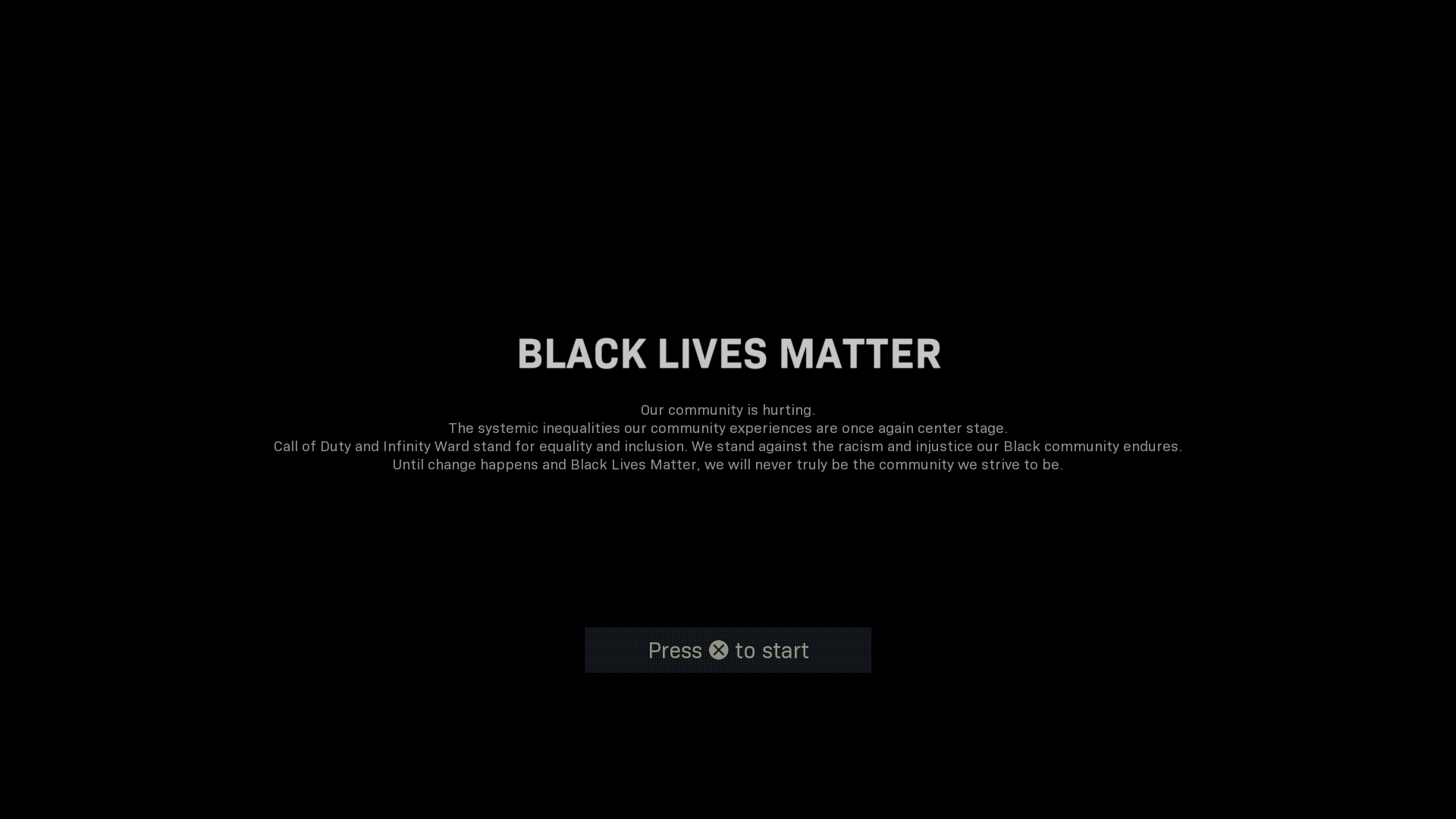 The death of George floyd it is shaking the foundations of the United States. Almost every part of American society finds itself dealing with its own racism, and the world of video games is not excluded.

Among the most decisive actions at the moment in the videogame panorama are those of Infinity Ward. The development house behind Call of Duty: Modern Warfare and Warzone has already announced a new zero tolerance policy against anyone who has racist behavior during online games of their titles, but now takes another step.

Whenever a player decides to play an online game, be it on Modern Warfare or Warzone, he will see this message appear on the screen on a black background:

“Our community is hurt. The systematic inequalities it undergoes are once again the center of attention. Call of Duty and Infinity Ward advocate for equality and inclusion. We oppose racism and injustice that our black community suffers. Until it changes, until the lives of blacks matter, we will never be the community we aspire to be. "

A decisive action, which is not limited to press releases or good intentions, but which puts players in front of the unacceptable state of affairs at every game. There have been more radical reactions, such as that of Rockstar or NBA 2K who have disabled their online services, but still a clear response to those who accused Infinity Ward of not do enough.

Takashi Iizuka: "I hope Sonic 2022 influences the brand like Adventure did"

Matteo Runchi - June 22 2021
On June 16, 2021, Facebook announced that it would soon roll out advertisements within Oculus Quest applications. The ads would appear first on Blaston, ...
News

GTA V, a mod allows the use of VR