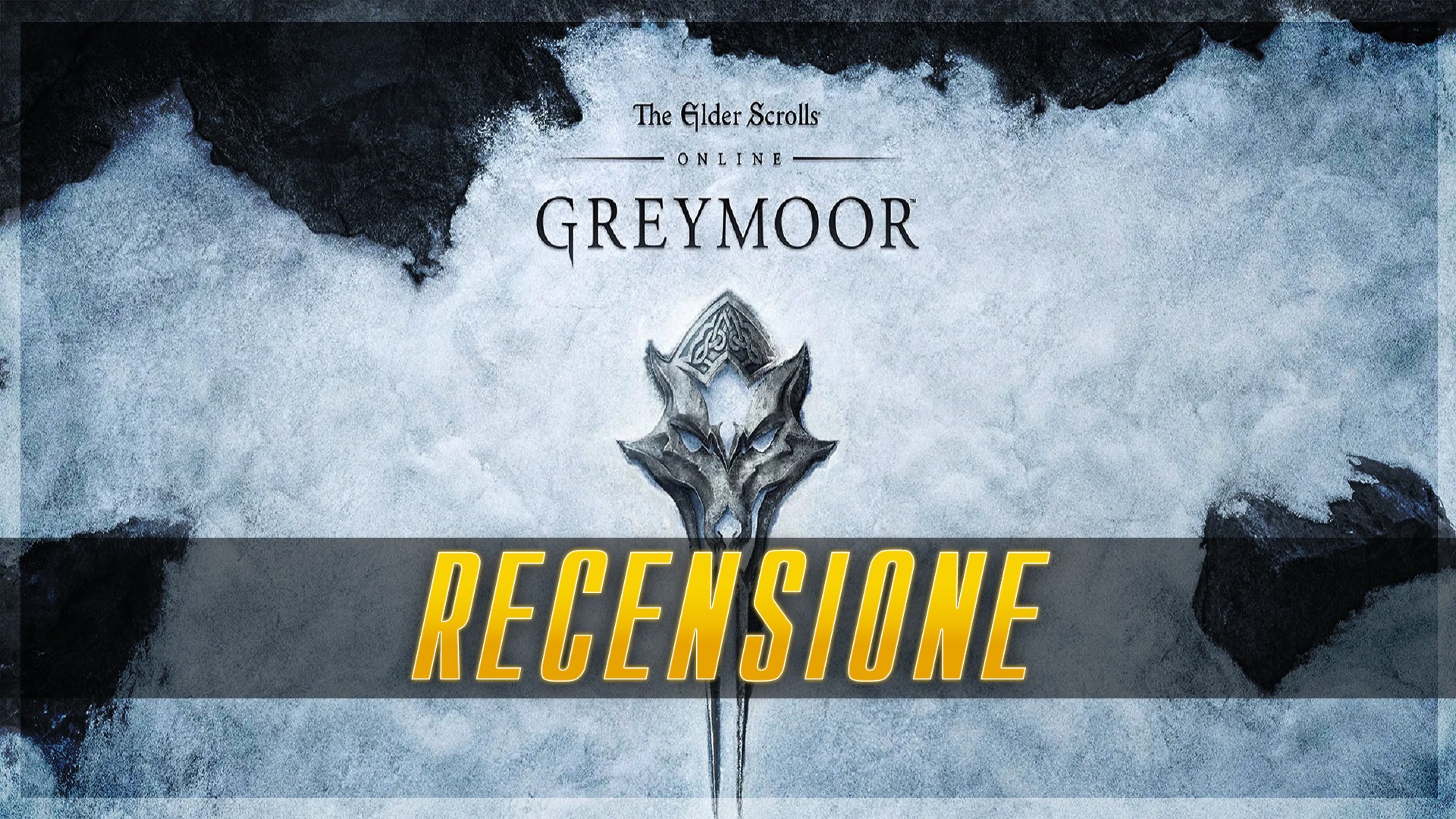 While waiting for the new chapter of The Elder Scrolls, why don't you cheat the wait with ESO? Certainly time makes you pass and you have no idea how many hours you could spend wandering the lands of Tamriel. The Elder Scrolls Online is the MMO iteration of the famous Bethesda franchise, developed by ZeniMax Online Studios in 2014. The game has made great strides since then, improving with each major expansion and adding more and more content. I'm here today to talk to you about Greymoor, the last chapter in chronological order to be published. But let's go in order starting with a smattering of what the title proposes, so that even those who have never had a hand can juggle a minimum and, why not, try it directly!

I start immediately by saying that The Elder Scrolls Online (henceforth abbreviated as ESO) offers two different economic structures: it is possible to buy the various expansions, main or intermezzo, as well as some dungeons individually, or pay a subscription, called ESO Plus, whose monthly cost is around 13 euros, which is going down if you choose to subscribe a quarterly or more directly. ESO Plus allows you to have practically everything, with the exception of the latest expansion released as Greymoor at the moment, the latter called "Chapter" and which are automatically included in the package when the next one is published. A practice common also to his two important colleagues, World of Warcraft and Final Fantasy XIV and which I find very understandable given the very high quality of the titles mentioned, infinitely superior to any other game of the same genre that adopts Pay to Play or even F2P formulas . In any case, everything is subject to the purchase of the base game, whose key is now at really low prices (even 4 euros). In addition to this there are also zone DLC and dungeon DLC. 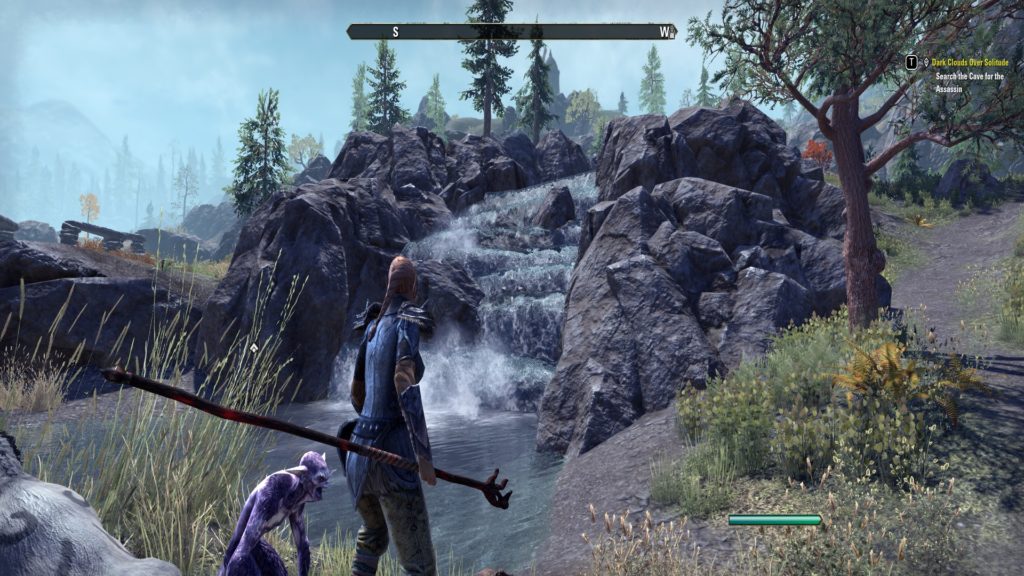 Already with this small investment it is possible to play the entire basic campaign of ESO, including also various dungeons, raids and, above all, secondary missions. We are talking about hundreds and hundreds of hours, which can easily exceed a thousand. And so we get to know the Prophet and Lyris Titanborn, companions with whom we have the opportunity to bond throughout the course of the main story. Clearly everything starts from the creation of your own character, whose race also decides the faction of belonging. One of the cardinal elements of the title is in fact this constant conflict between the Domain of the Aldmeri,Alliance of Daggerfall and Herd of Ebonheart, each of which has different territories. This choice, in practice, modifies the region in which we start our game even if going forward it is still possible to freely explore all the areas contained in the base game. At the same time, by purchasing the latest expansion available, in this case Greymoor, it is possible to access the new area contained in it, Western Skyrim and also go to the regions contained in the previous main expansions, respectively Morrowind, Summerset ed Elsweyr.

Let's talk now about Greymoor. The last chapter, as already mentioned, takes players back to a much loved setting, Skyrim. But this is not the same identical area in the main title of the series of the same name: in this case we find ourselves in front of a part of that vast map, more precisely the West area, large enough to guarantee anyway hundreds of hours of gameplay between main and secondary missions and above all we move 1000 years earlier than the events narrated in The Elder Scrolls V. On the other hand, if you remember the city of Solitude by heart, you will have a nice surprise. In addition to the surface area, the immense underground structure of Blackreach has also been inserted, substantially equivalent in size to what we find in the upper area and built with incredible attention to detail. History immediately throws us in the middle of a feud between witches, vampires and werewolves, with the first two factions allied and committed to performing rituals to call storms, called Harrowstorms, which can bring madness to all the people inside, or turn them into feral vampires. With the help of the faithful Lyris, intelligent like a hoe and who solves problems with the sound of an ax, and of Fennorian, a cultured but totally inept vampire, we must stop this evil plan before the perfect storm breaks out.

Already after a few hours, however, it is possible to notice a major flaw: the characters do nothing but repeat always, ALWAYS the same things. Every NPC we talk to during the main questline seems to summarize what you have and what you need to do, in extremely simple terms. Let's face it: the game is totally in English, but requires a very low level of understanding. From a game like this I expected a vocabulary or a composition of the missions even just a more complex hair. A merit that can sometimes be found in secondary missions, which in some cases seem much more accurate than the main ones. And some, of course, are more interesting.

On the other hand Greymoor also offers goodies that show well the care that the team pours into the details. I played together with a friend with many hours more than me and I noticed that, in some cases, the reactions of the characters I spoke with were different from hers. I did not understand why, even if the solution is simpler than you can imagine: several NPCs encountered during the raids in Skyrim are also present in the previous Chapters and therefore they remember us, therefore proceeding with different dialogues compared to those I had with me, that I was a total stranger in their eyes. definitely a point in favor of diving proposed by the game. The combat system is in real time and features light, heavy attacks, counterattacks, sweeps and spells. All this mixes together with five active skills, one ultimate and a long series of passive skills, thus allowing the construction of a boundless series of builds that meet practically any need. For example, you can mix some DPS skills with healer skills and make sure that you can heal yourself by doing damage, just to say one. 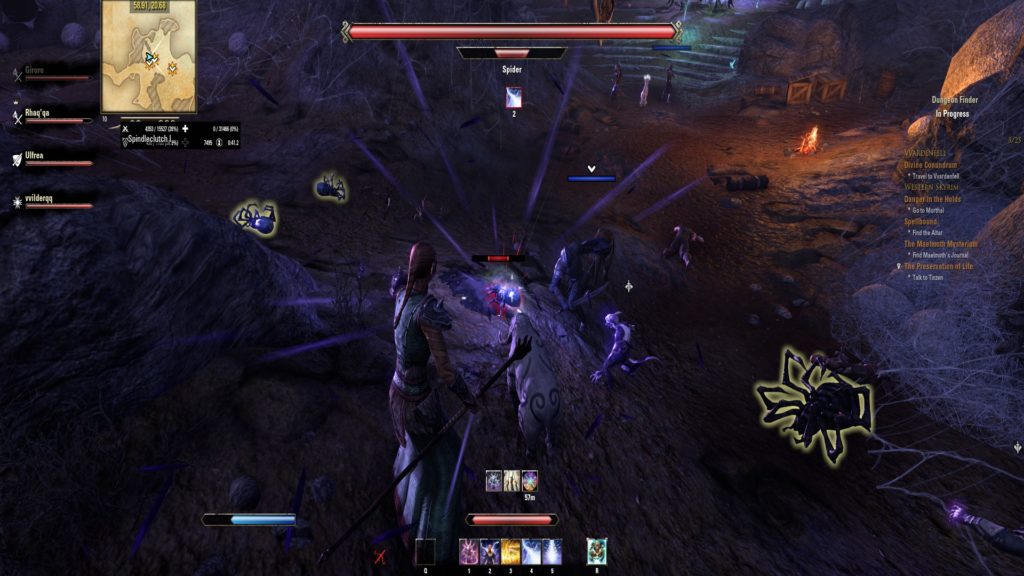 With Greymoor also proposes a big improvement of thetree of skills related to vampirism, until now quite lackluster, making it possible to integrate it more fully into the end game builds for the completion of the Trials, practically 12-player raids that guarantee the best loot. At Solitude it is also possible to undertake a mission that adds the Antiquities, a new mechanic that spurs the player to search for rare hidden objects across the continent through two different mini-games. Finally, as if that were not enough, the Harrowstorms have also been introduced, random global events that can be completed by any player nearby and that offer a great loot. In all this, ESO presents an automatic enemy leveling system, so that the player always finds himself having a minimum of challenge ahead, especially inside the dungeons, and thus also avoiding wild power leveling. As already mentioned at the beginning, I strongly advise all fans of the "canonical series" to give this Elder Scrolls in MMO sauce and Greymoor a chance. Quality continues to increase with the release of each main chapter and things to do are truly limitless. Consider that I haven't even mentioned the housing, since I haven't had time to check it out yet. For a small fee, you may find yourself spending much more time in Tamriel than you would expect!

Kazushige Nojima: “The protagonist of Final Fantasy X had to be a ...

Piermatteo Bruno - August 3 2021
We pretty much all know Final Fantasy X, right? Initially released on PlayStation 2 in 2001, the adventure of Tidus & company singer in the world ...