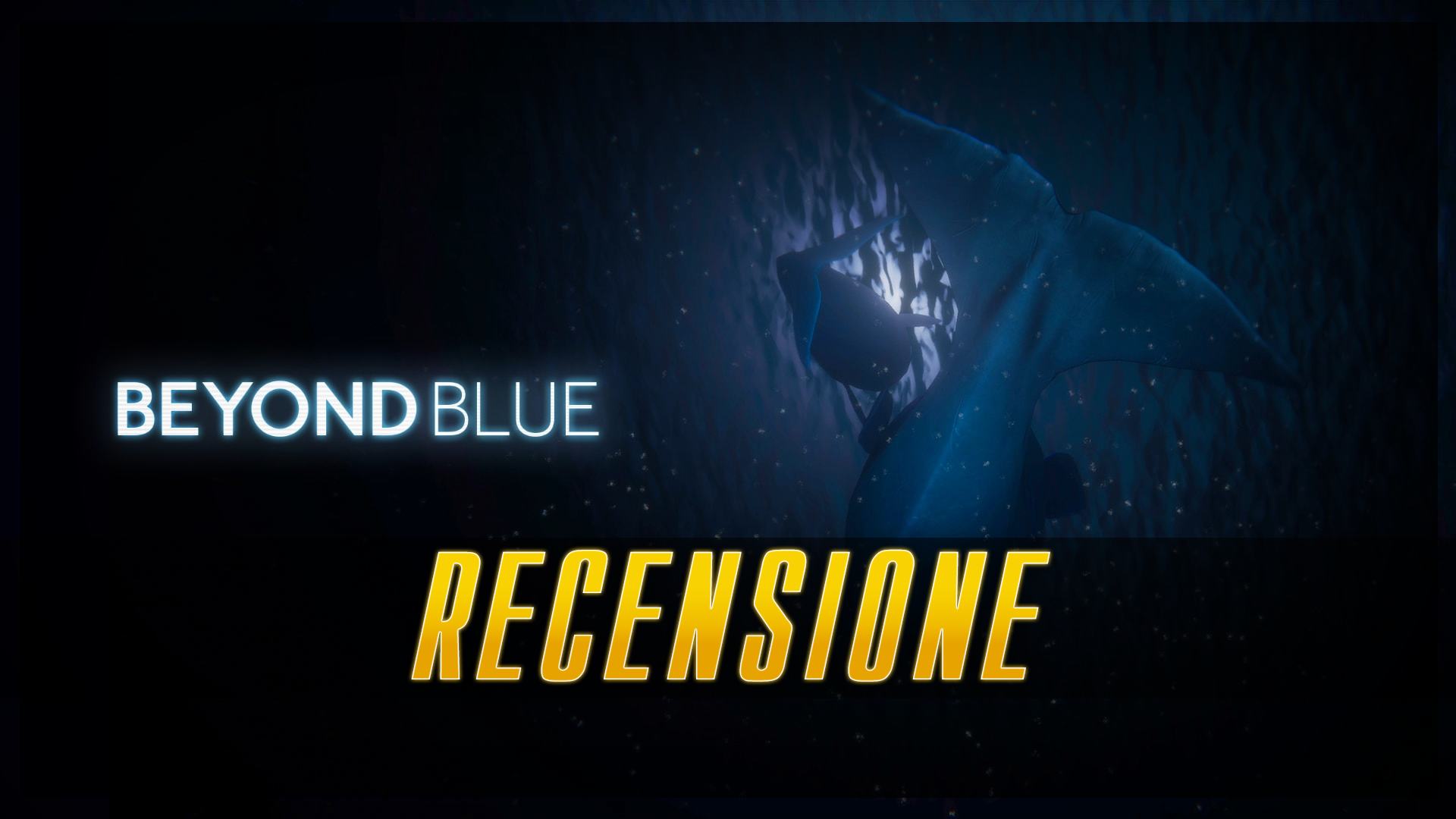 When I first started Beyond Blue, I never expected to put myself in front of the screen, start this review and write the following words: What is a video game? What are the factors that make it so? To do this, I will borrow the definition of Player Experience:

“The player experience is something that all game designers aim for. It's what the player feels when he plays. This experience can be as simple as the mechanics gamified in gamification, a class based on playful learning; a simulation; or a serious game. The player experience dictated as our creation, our game is received by the user. "

Beyond Blue by E-Line Media fits perfectly within the didactic spectrum of the player experience and it does so through an adventure that has very little narrative and with a non-final that will not give much satisfaction to the players who prefer a good script above all the rest. Although the game tries to give importance to the storyline of the protagonist Mirai and her colleagues, she does it in an uninteresting and hasty way and highlights how not only the whole story acts as a side dish, but also how the latter was not the main focus during development.

And although with this premise I may have played a good part of your interest, I wanted to get my hands on from the beginning before telling you what Beyond Blue really is and how its content makes the defects listed above irrelevant.

At the bottom of the sea

In Beyond Blue, the heart of the experience is the exploration of the seabed. Once the possibility of free diving sessions has been obtained, the player finds in his hands an entire marine ecosystem divided into various sectors. From small atolls up to the great marine mountains, to then dive deeper and deeper into the sea and why not, also explore the void but at the same time fascinating open ocean. 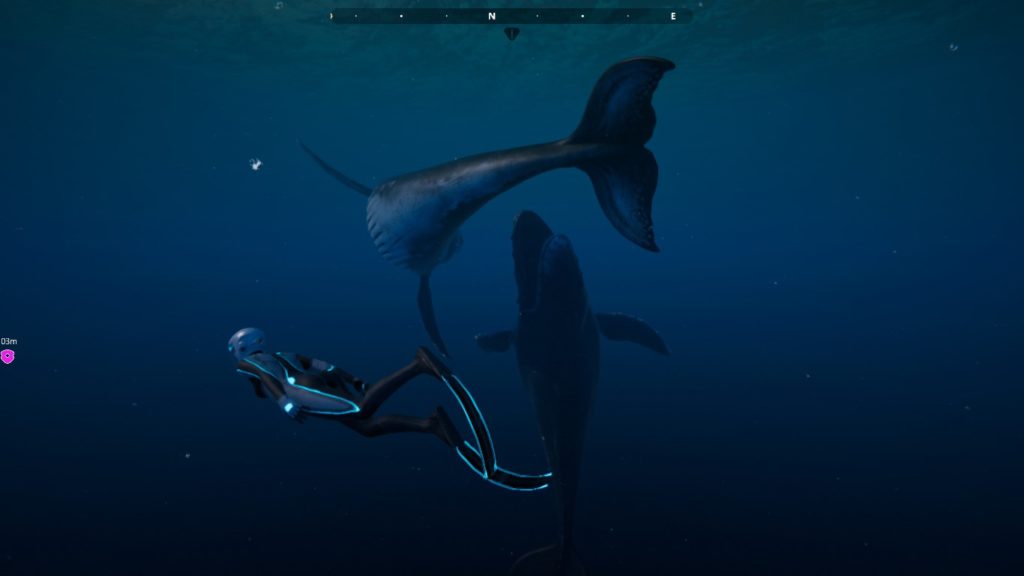 Once immersed, the player can move freely 360 ° in the environment: if you adjust the trajectory of the movement with the left stick, with the right analog you can look around and choose whether to continue the dive or start the ascent. During our explorations, the miracles of technology come to meet us through a series of gadgets dedicated to the exploration of the sea and its creatures. Starting from a suit able not only to illuminate the darkest areas, but also to interact with some creatures of the ecosystem. For example, by illuminating the Cephaloscyllium ventriosum (Swell Shark) with UV rays, it is possible to get a little idea of ​​his point of view and how he looks at other living beings, so much so that this type of shark is also found in the sections darker game.

To facilitate our learning we think a simple radar, activated with the back buttons. Citing Akira Toriyama's Dragon Ball manga, this underwater version of the Scouter analyzes the target indicating on the screen not only the species and its size, but also how many specimens we have analyzed and if further close analyzes are possible through our drone-manta, able to analyze, record and document animal behavior. 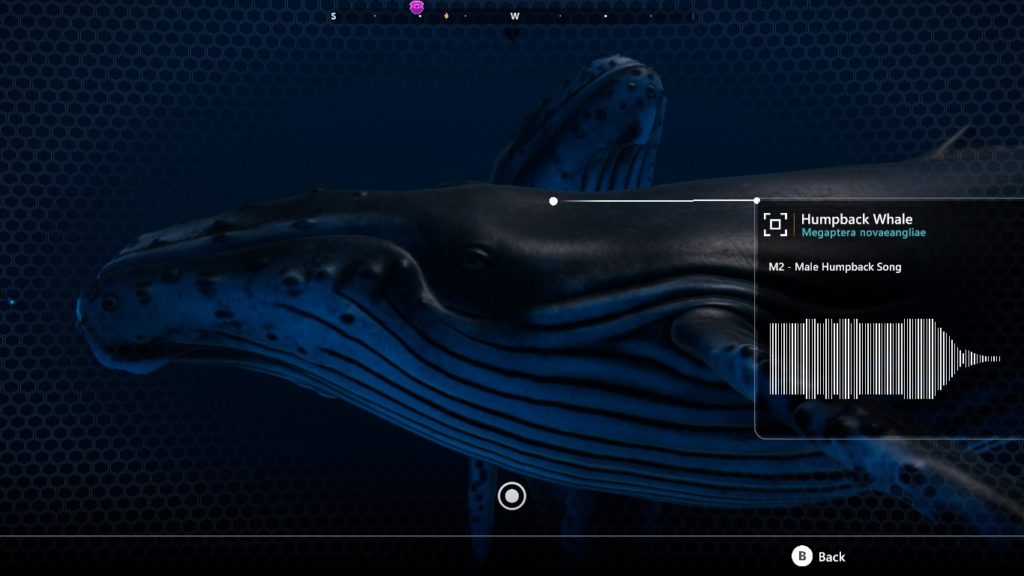 This last function allows us to explore the second main mechanic of Beyond Blue: learning. By continuing to analyze several specimens of the same creature, we obtain a complete identikit, which shows us not only its physical characteristics and location within the ecosystem, but also its behaviors. After a short time, the player's curiosity led him to deepen and complete this small encyclopedia, putting at the center of all the educational value of the entire offer.

Going back to the didactic offer, the package is enriched through a series of 16 mini-documentaries, which offer an insight into what the in-game player sees and a point of reflection on the importance and role of the ocean for the planet and how we humans can safeguard it. 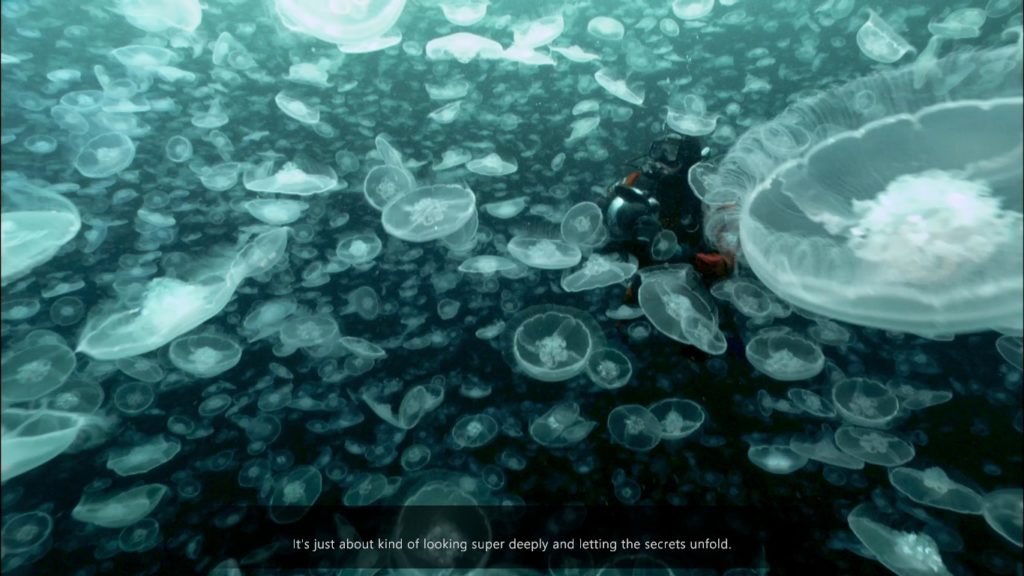 All this was possible thanks to a collaboration between E-Line Media, BBC Studios, the organization OceanX and various research departments dedicated to marine biology around the world, including the one located inside of the University of Pavia. The only negative note to report - and that allows me to detach for a moment from my role as a reviewer, to embrace a small complaint in favor of the title - is the lack of public interest in the latter section. Just a little research among the statistics the title on Steam, less than 10% of buyers unlocked and viewed all videos in the in-game archive. And although there may be many variables within a simple number displayed within a client, this detail still manages to give an idea of ​​an audience that - from my point of view - he doesn't know what he buys, or just ignores.

Beyond Blue and the beauty of the sea

From a technical point of view, the title makes excellent use of the Unity engine, with well-made scenarios and a management of textures and details that convince. In the same way, the 3D models of the various sea creatures amaze with their variety, attention to detail and those little gems that make E-Line Media's commitment to wanting to create a living and plausible setting. Also from the point of view of optimization nothing to criticize: on my configuration - AMD Ryzen 7 3700X, Radeon 5700 8GB, 16GB Ram DDR4 - the maximum details and the 60 granite FPS were guaranteed. Also, with some tweaks for the geeks, you can spin the title on Linux through the compatibility layer Proton of Valve, through his own modified version by the community, awaiting the official port currently under development. 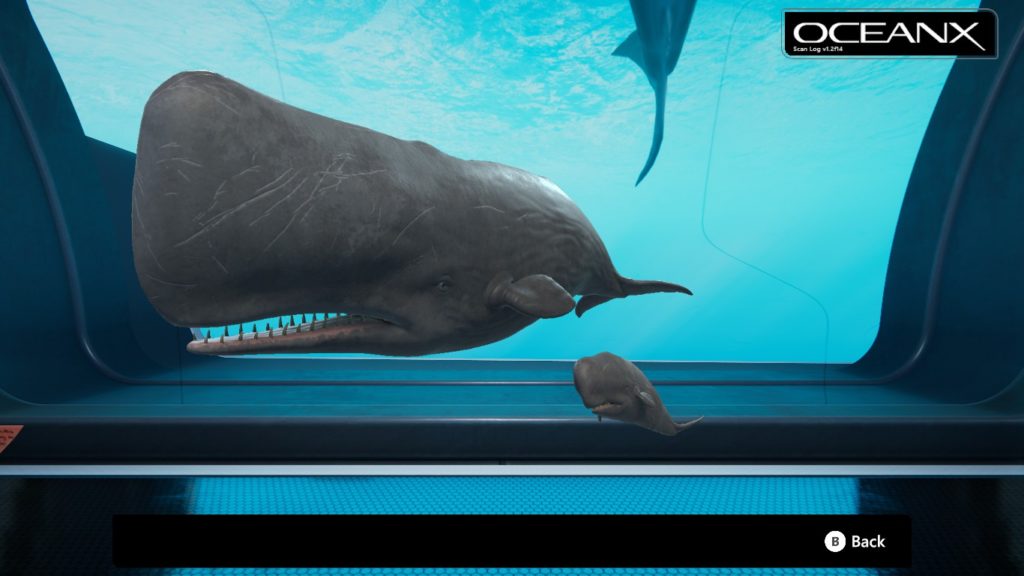 To conclude, Beyond Blue is proposed as a high-level educational video game, with its flaws but also with its strengths. If on the one hand we have a not really excellent narrative, on the other hand we find a title that tries to bring attention and raise the public awareness on one of the most important environmentalist topics of the last few years. From my point of view, all I can do is reward E-Line Media's effort and recommend the purchase of Beyond Blue.