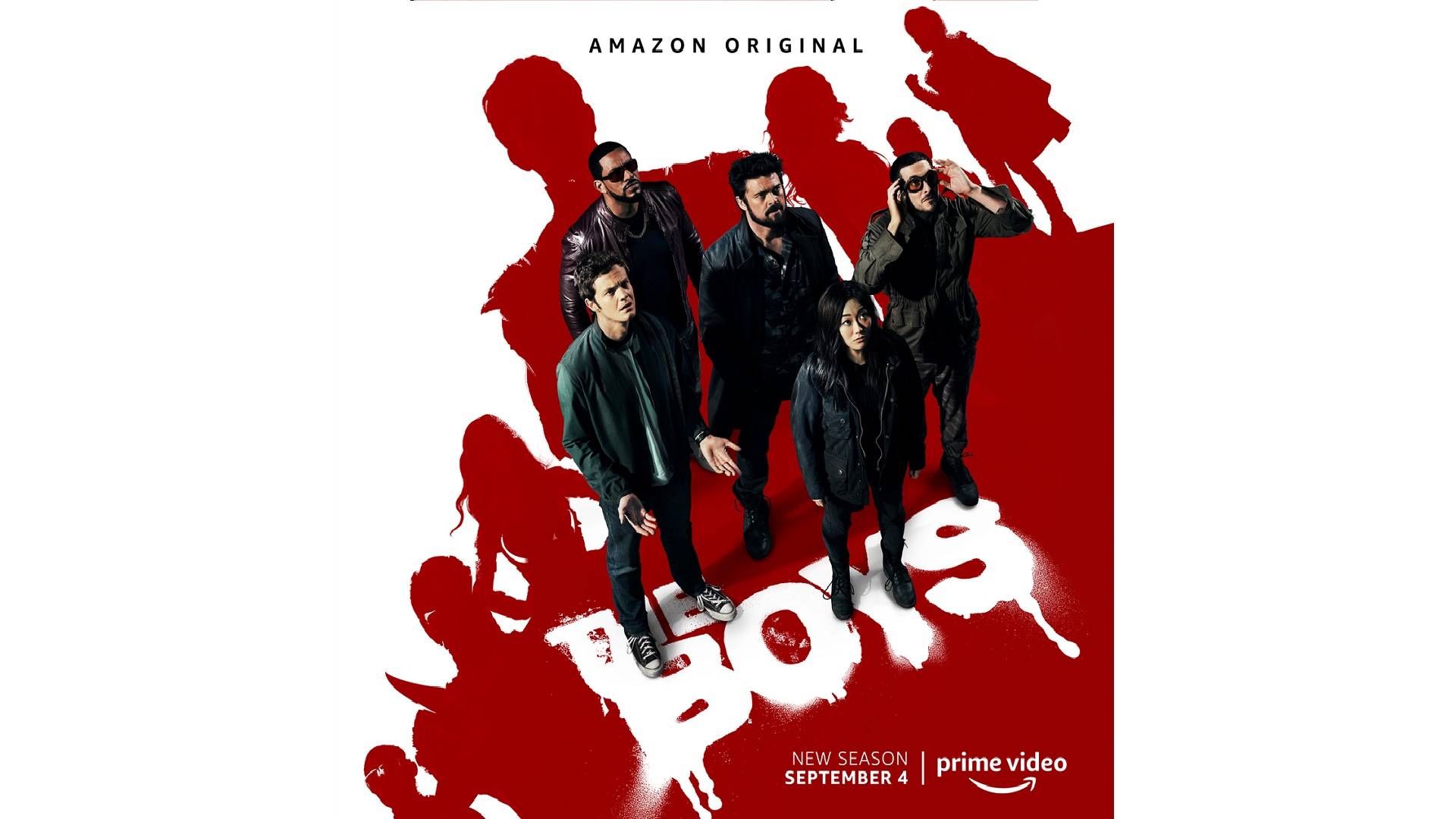 Amazon Prime Video today announced that the second season of the satirical series about superheroes The Boys will debut with i first three episodes Friday 4 September 2020. The subsequent episodes will then be available every Friday until the epic final in season on 9 October. The news comes immediately after the reunion of the cast in a virtual event presented by an exceptional guest of the second season: Patton Oswalt, who retraced the first season by providing some clues about the upcoming one. The Amazon Original in series eight episodes it will be available in more than 200 countries around the world and is produced by Amazon Studios and Sony Pictures Television Studios with Point Gray Pictures, Kripke Enterprises and Original Film.

In 'streaming event today there was also a sneak peek of the new season, with the cast and producer Eric Kripke who revealed the first scenes.
Creator and executive producer Eric Kripke said "We can't wait to show you the second season. It will be even more peace, strana, extreme ed exciting. In fact, it's too strong - so much so that the Surgeon General insisted that we make the first three episodes debut on September 4 and the next five in the following weeks. We want to give you time to freak out, digest, discuss and recover from the blow, before giving you another dose. We only care about your well-being. We hope you will love the new season as much as we do. "
This even stronger and more insane second season sees i Boys fleeing the law, with the Supes chasing him, as they desperately try to reunite and fight the Vought. Hughie (Jack Quaid), Mother's Milk (Laz Alonso), Frenchie (Tomer Capon) e Kimiko (Karen Fukuhara) remain hidden and try to adapt to this new normal, while Butcher (Karl Urban) seems nowhere to be found. Meanwhile, Starlight (Erin Moriarty) has to find her new role in the Seven now that Homelander (Antony Starr) is aiming to gain complete control over it. Her power is threatened by the arrival in the team of Stormfront (Aya Cash), a new social media expert Supe, also with her own aims. In addition, the Supervillain threat becomes crucial with Vought trying to exploit the nation's paranoia to its advantage.
The Seven Supes also include Queen Maeve (Dominique McElligott), A-Train (Jessie T. Usher), The Deep (Chace Crawford) and Black Noir (Nathan Mitchell). The cast of the second season will also see Claudia Doumit, Goran Visnijc, Malcolm Barrett, Colby Minifie, Shantel VanSanten, Cameron Crovetti, PJ Byrne, Laila Robbins and Giancarlo Esposito, who returns to the role of the head of Vought, Stan Edgar.
THE BOYS:
The Boys offers a fun and irreverent version of what happens when superheroes - more famous than celebrities, as influential as politicians and revered as gods - abuse their powers instead of using them for good. The "powerless" clash with the "superpowers", while the Boys carry out a heroic quest to unravel the truth about the Seven and the Vought - the multi-billion dollar company that runs these superheroes and covers all their filth secrets.
Based on the New York Times best-selling comic book created by Garth Ennis and Darick Robertson, The Boys was developed by showrunner Eric Kripke (Supernatural), also author and executive producer of the series. By his side, executive producers Seth Rogen (Preacher), Evan Goldberg (Preacher), James Weaver (Preacher) by Point Gray Pictures, Neal H. Moritz (prison Break) and Pavun Shetty (New Girl) of Original Film, as well as Phil Sgriccia, Craig Rosenberg, Rebecca Sonnenshine, Ken Levin and Jason Netter. Ennis and Robertson are also co-executive producers with Michael Saltzman.

Cruella - Released the first trailer of the film with Emma Stone

The Short Nite event, the Fortnite film festival, has been announced