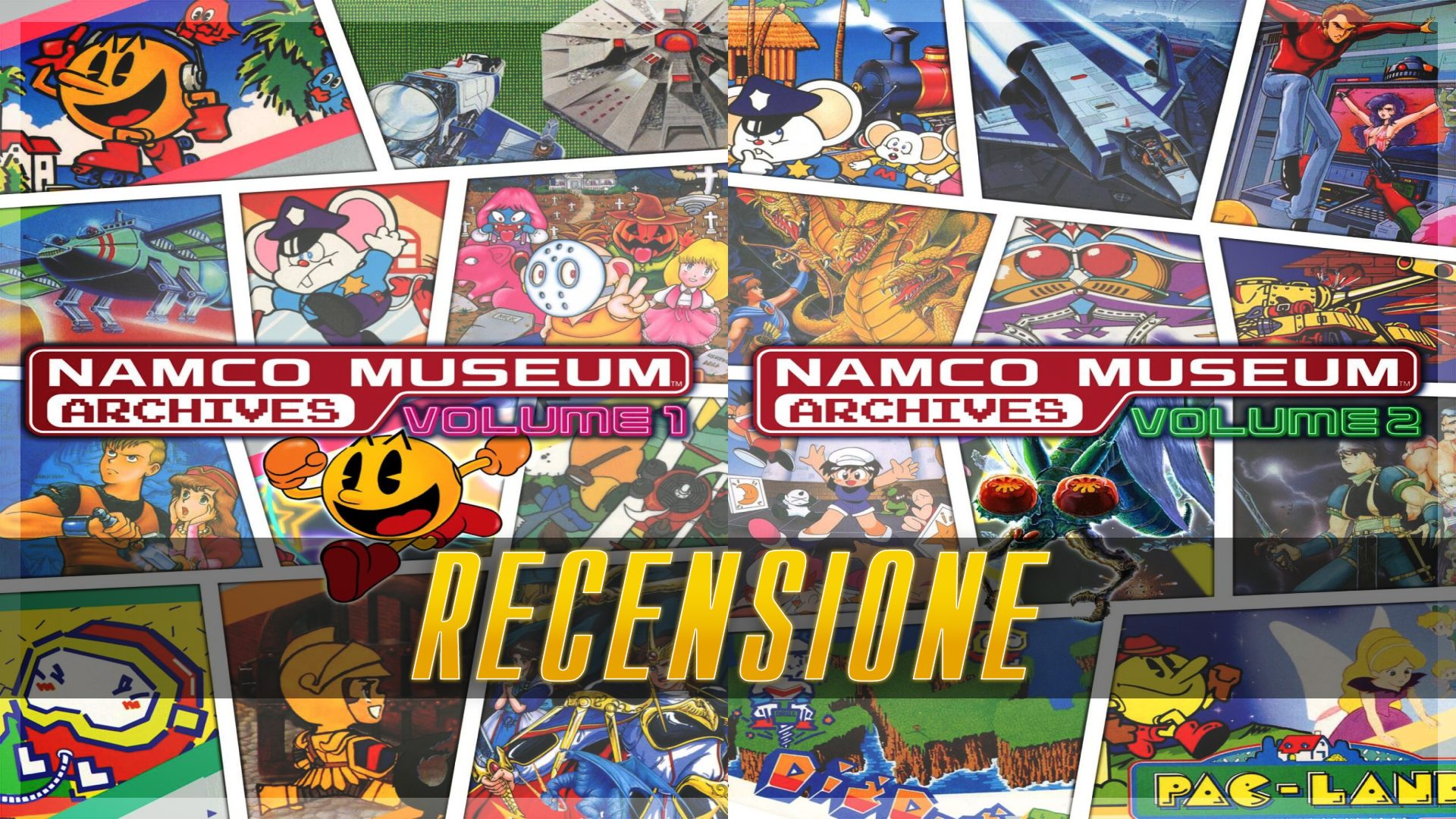 You know, summer days bring a lot of free time with them. And, needless to say, for us players a lot of free time equals ... well, a lot to play. If you are undecided on what to vent your video game hunger, then why not jump on not one, not two, but 22 different games? And actually, it seems that NAMCO thought about this, publishing two titles: Namco Museum Archives Vol. 1 and 2. These are two collections, each comprising 11 different games, which summarize some of the most iconic and characteristic historical titles of the well-known Japanese house, which therefore share the trademark of the same.

Namco Museum Archives Vol. 1 and 2 immediately leverage, and this is evident, on a great nostalgia effect: impossible not to think of the good old days that were, when, still shaved, we had the opportunity to play this or the other title on the console of a friend or on the much disputed cabin in the neighborhood games room. All the games offered within the collections, in fact, are selected from those that have left a mark, a sign and a memory in the mind of all the long-standing players and more generally, of retrogaming lovers. And if it is true that not everyone has aged particularly well, some of them still offer those feelings of satisfaction, challenge and immediate fun that in many today's titles has taken on different connotations and nuances. Wanting to talk only about some titles in Volume 1 just think of Pacman, which needs no introduction. Or a Galaxian, who can be defined as not particularly intelligent cousin of Space Invaders, albeit equally valid and entertaining. For lovers of fantasy settings, impossible not to mention Dragon spirit e Dragon Buster. The former is actually comparable to one shoot'em up with isometric view: only that, instead of the common spaceship, we are in control of a real dragon and, by defeating the enemies, we can get several bonuses and improvements. The second one, on the other hand, can be defined as a dungeon crawler before its time, with a handful of keys to jump, hit and move. Without to forget Mappy, in which we play a tender rodent intent on running away, jumping from platform to platform, from hordes of really obstinate cats. 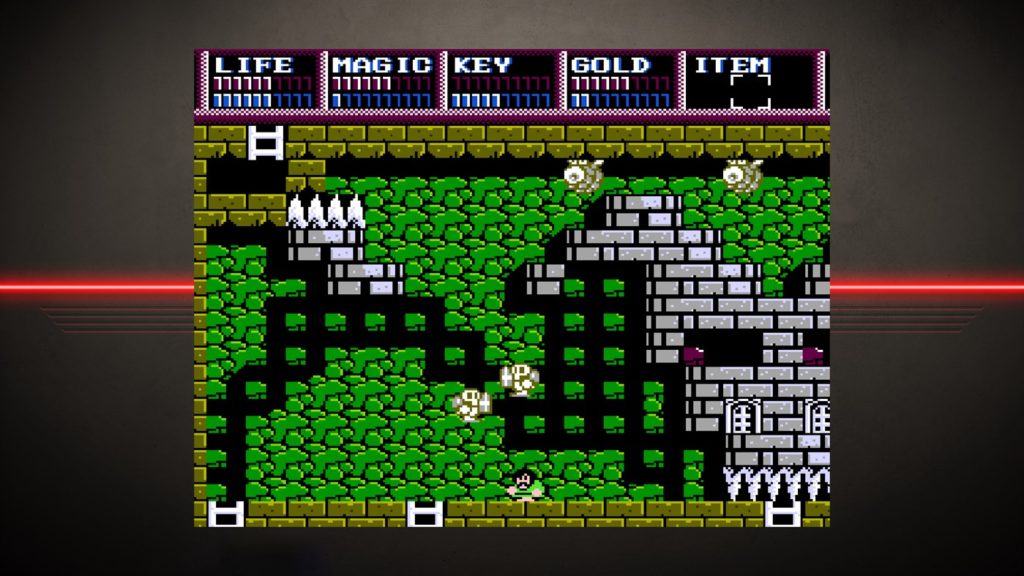 Moving on to the second collection, we can find eleven other equally iconic titles: some of them are the direct sequels of some seen before, such as Dragon Buster II, which in essence do not introduce significant changes within the gameplay, or Galaga, which resumes with full hands from Galaxian, however, proposing a more aggressive and frenetic style of the title mentioned. Also present Pac Land, a sliding platformer in which we play the famous yellow ball intent on dodging the dreaded ghosts no longer within a two-dimensional and monochromatic labyrinth, but on the streets of his city: the main objective is in fact to travel as far as possible, paying close attention not to collide with enemies and therefore , committing ourselves as much as possible to avoiding them not only by jumping, but also by carefully adjusting the speed of our run and, at the points that require it, stopping abruptly and then resuming forward once the visual field is free. Legacy of The Wizard instead, it represents a platformer fantasy within which we can take control of multiple characters: each of them has unique skills and weapons, and is able to face the enemies that stand before him in a highly differentiated way compared to the others. We close the review of the Volume 2 titles that have impressed me the most Rolling Thunder, platform shooter a horizontal scroll in which we play a secret agent intent on making his way among the enemy agents, with the aim of escaping and neutralizing them. 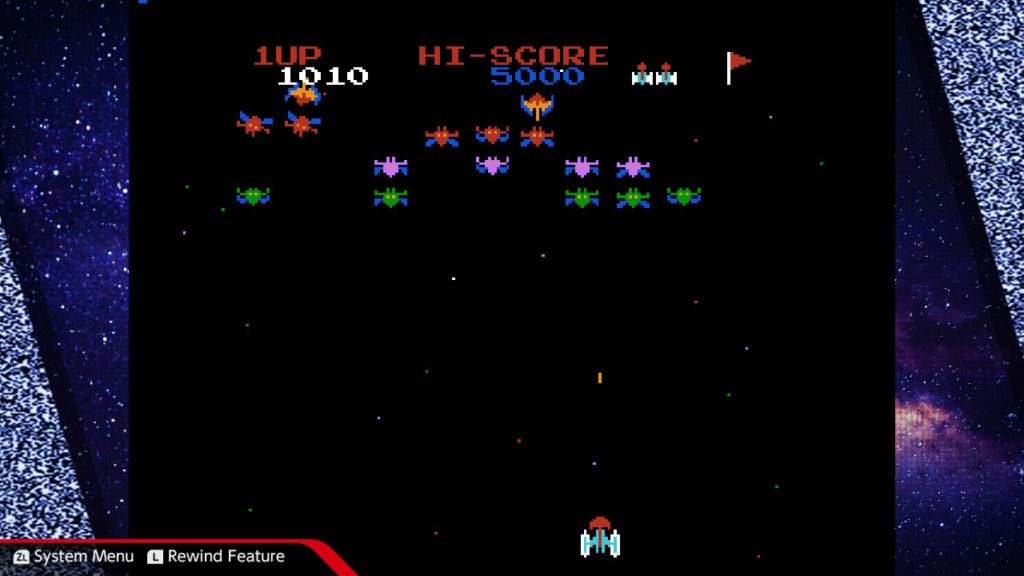 Difficulties from the past and help from the present

Without a doubt, the difficulty of the titles present in Namco Museum Archives Vol. 1 and 2 is strongly calibrated upwards. And it could not be otherwise, considering the cultural heritage that drags on and the mentality old school with which they were designed: during game sessions, it is essential to always keep attention high, distract yourself as little as possible and, at the same time, observe the movements of the enemies, who if ignored or otherwise taken lightly, really manage to give hard time. In short, the games of the two Volumes are certainly fascinating, fun and nostalgic, but precisely for this reason they should not be treated superficially and indeed they know how to assert themselves. This high rate of challenge, which in the eyes of a retrogamer - or simply a nostalgic player - represents a great added value and a reason for buying, but ends up losing meaning, at least for most players. The developers have in fact decided to include, in both volumes, the possibility of making a short rewind: this allows you to effectively cancel the last 5-10 seconds of play. Which in turn implies the impossibility of dying. Whenever an action, a maneuver, a movement have not worked in the right direction, simply pressing a button to cancel the action performed and continue playing normally. If it is true that this gimmick is in no way mandatory, honestly break the tension e does not encourage you to give your best, especially if we consider that the main purpose that all the games in the collections have in common is to achieve the highest possible score. Thing that, with a exploit similar, it ends up being anything but impossible. 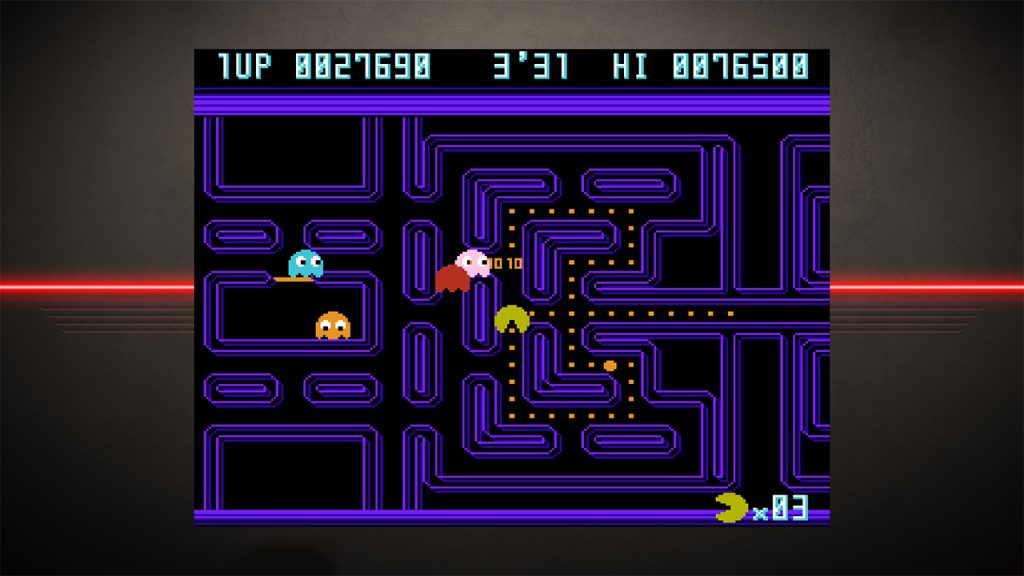 From a technical point of view, Namco Museum Archives Vol. 1 and 2 on PS4 run without any kind of hitch or slowdown: but this is quite obvious and, indeed, the opposite would have been strange. We are therefore talking about 60 stable and fixed FPS, which show no sign of falling in practically any situation. On the other hand, by analyzing the contents according to a purely more artistic and centered approach design, it is undeniable that the atmosphere Retro, is that arcade in general, they always make their appearance and manage to exercise their charm in a direct, concise and lively way, regardless of the past years or the preferences gained in each of us in the meantime. 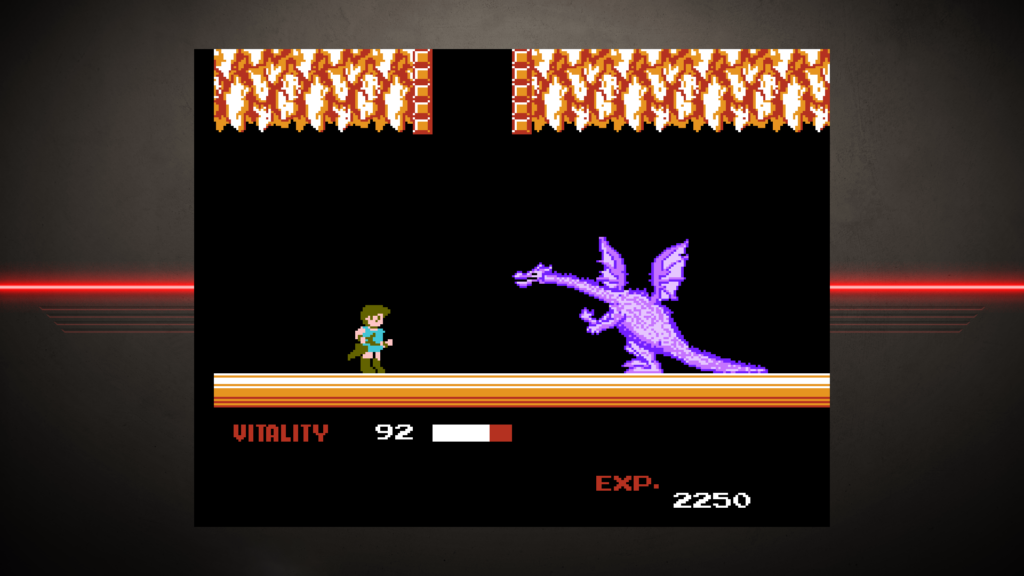 Centered, but not in full

In short, Namco Museum Archives Vol. 1 and 2 certainly represent one of those nostalgia operations that many companies undertake, some with more and some with less success. In this specific case, the maneuver could be said success, though not entirely. The selected games are valid, entertain and manage to keep attention and concentration alive. But we must always remember that these are titles with certain years on their shoulders, and the most challenging component has undergone a significant downsizing due to the introduction of the possibility of canceling the game actions taken. To all these considerations we must also add the price definitely excessive e enormous compared to the offer that accompanies: we are talking, approximately, of 20 euro for each collection, for a total of well 40 euro against "only" 22 titles. Not really a bargain, especially considering that with a similar figure other productions can be brought home. The purchase, this being the case, would be recommended only to the most passionate and irreducible retrogamers. For everyone else, the best move would be to wait for a price drop, to still enjoy a product well done but on far more favorable terms.