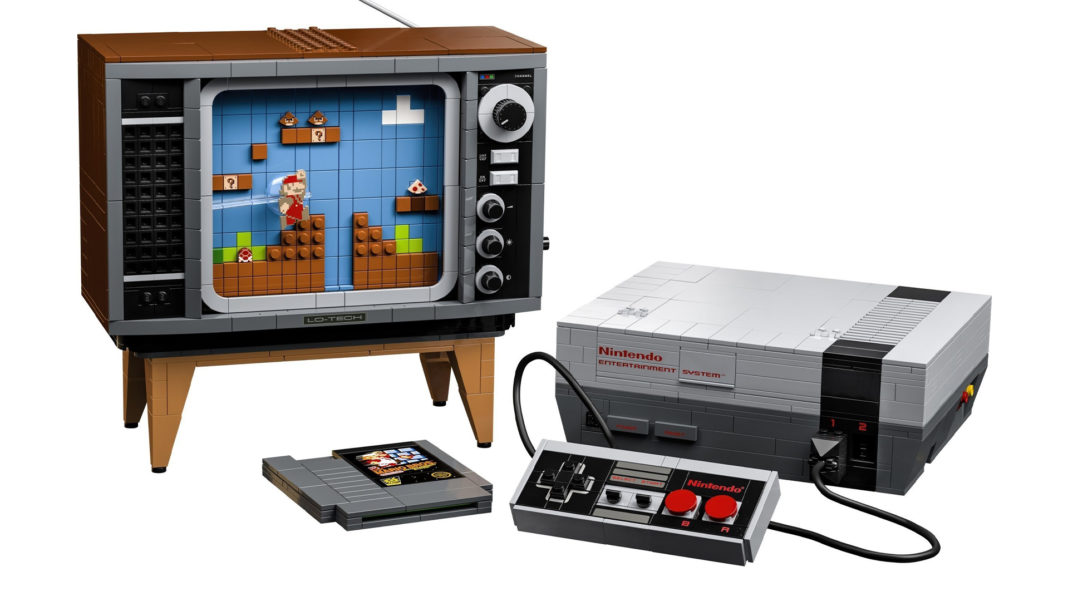 Lego has just formalized the rumors and leaks that have been filmed in recent days.
The set 71374 will be the Nintendo Entertainment System ™ for the LEGO® Super Mario ™ series.

Le main features they are the console to which you can open the cartridge compartment to insert one made of bricks and the TV that can be integrated with the Super Mario available with the 71360 set (also available from August 1st).

We leave you the complete release and the launch video released by LEGO:

Do you love video games? Did you play Super Mario Bros. ™ in the old days? Or do you simply like to do practical and creative activities in your spare time? If so, this nostalgic LEGO® Nintendo Entertainment System ™ model kit (71374) is perfect for you.

Authentic and interactive
The NES made of bricks is full of realistic details, including an opening slot for the Game Pak with a locking function, a controller with a cable and a connection plug. The console features a buildable retro-style TV, with a two-dimensional 8-bit Mario character on the scrolling screen, as well as a multifunctional brick to scan LEGO® Mario ™ (character not included; available in the LEGO® Super Mario ™ base - 71360) to react to enemies, obstacles and power-ups on the screen, just like in the Super Mario Bros. game.

Creative fun
This unique set is part of an inspiring collection of LEGO adult building sets that are fabulous gifts for you and hobbyist friends who love DIY challenges and proud to showcase their creations.