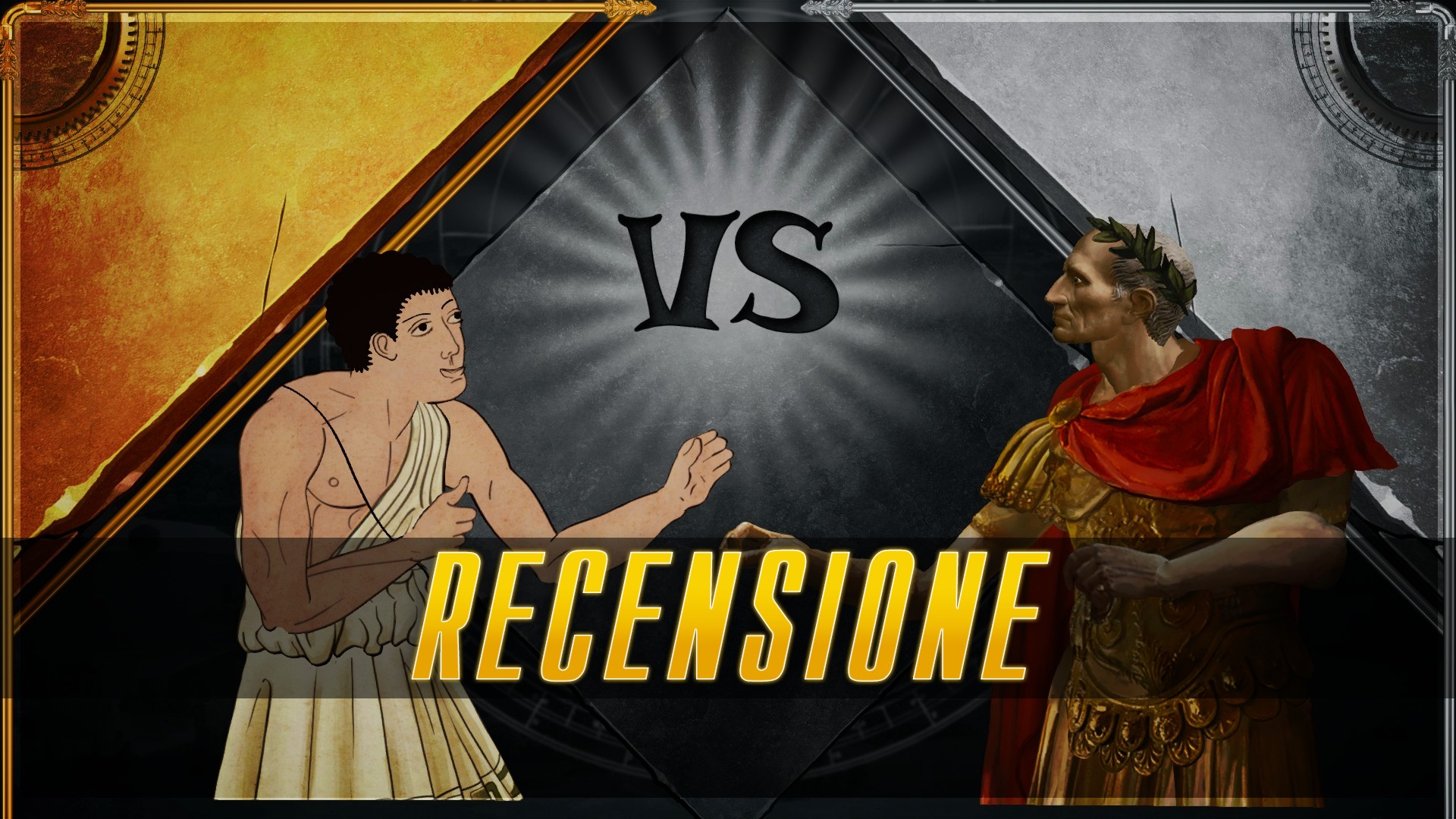 Rock of Ages 3: Make & Break is bizarre. Very bizarre. Really very bizarre. But it is above all a game of a fantastic series, unfortunately unknown to most, that can be summarized as: two historical / mythological figures throw stones. Figures in the literal sense, because they are in 2D and taken from paintings or illustrations and the stones are giant boulders controlled by the players. To win you have to follow the path littered with obstacles placed by the enemy, break through the door of the castle where it is hiding and then roll it up, all while also preparing your own defenses in order not to end up lying in our turn.

The first chapter, released in 2011, had therefore taken the concept of tower defense to decline it in an immediate and fun gameplay, but also deep and multifaceted; all seasoned by a delusional Monty Pythonesco style”Which amplifies even more the absurdity of the whole. Rock of Ages 2: Bigger & Boulder (2017) had improved virtually all aspects of the first chapter, refining the gameplay, introducing new defenses and boulders, and added new game modes.

And here we are at Rock of Ages 3: Make & Break, the last stop on this crazy journey. It must be said that the second was already a "more of the same", albeit in the best possible way, and the same goes for the third chapter. After all, the formula and style were so unique that creating something radically different would have been almost impossible, and perhaps not even desirable. Despite this Make & Break is probably the best of the three, both for the variety of the gameplay and for the quality of the same.

The main mode remains essentially identical: choose a boulder - there are dozens with unique models and statistics - and defensive units and run over the enemy before he invests you. The campaign is also structured in a similar way: this time we follow the misadventures of Elpenore, the youngest companion of Ulysses, while exploring the world (strictly flat), gradually unlocking new scenarios and resources.

Campaign a little subdued compared to the previous ones, in part because after two games the "Jonesian" sense of humor begins to be a little stale and in part due to the choice of the protagonist, who unlike Sisyphus and Atlas (protagonists of the chapters previous) does not seem to have a precise agenda and seems more at the mercy of events. Considering that he has wandered 10 years by sea with Ulysses it could be a fitting choice.

The boss fights are also a bit disappointing, both for the rather dull design and for the not very vertical arenas. But the weaknesses are amply compensated by the new features of Rock of Ages 3: Make & Break, including avalanche, intuitive what it entails, and the adventures of Humpty-Dumpty, precision acrobatic mode that would make Pope Francis blaspheme as well.

But Rock of Ages 3: Make & Break is not called Make & Break by chance, in fact the most welcome news, as well as the most awaited by fans, is the map editor. It took almost 10 years but we finally have a map editor. Simple, not very different from what is seen in racing games like TrackMania, but perfectly functional. The ability to create scenarios and play those of the community makes the game much longer and amortizes the 30 euros of the launch price. Absolutely reasonable price, but that could turn up the nose of those who consider the purchase of a (technically) tower defense with a 6-7 hour campaign. Or 20-30 hours in case you want to complete all levels of Humpty-Dumpty.

It is difficult to talk about Rock of Ages, because without playing it directly it is impossible to understand it pure and magnificent absurdity, attention to detail, unique style and how all these elements complement and amplify each other. Also the soundtrack, composed by remix of famous pieces of classical music, fits perfectly with the atmosphere and gameplay. At certain moments to the point of giving the impression that it is in sync with the events on the screen. It would also be foolish to recommend it outright: it is so peculiar that almost par excellence it will never please everyone. But if you love over the top humor, racing games, tower defense, or stones, Rock of Ages 3: Make & Break is an absolutely essential purchase. There is also the possibility of playing in split screen multiplayer, both on PC and on consoles. Those who think they are interested but do not want to invest 30 euros on the nail can always fall back on the previous chapters, excellent games too, and get an idea. Rock of Ages is a video game pearl, and this chapter, while not distorting the formula, is no exception.

Call Of Cthulhu - Review, Journey into the Lovecraftian horror