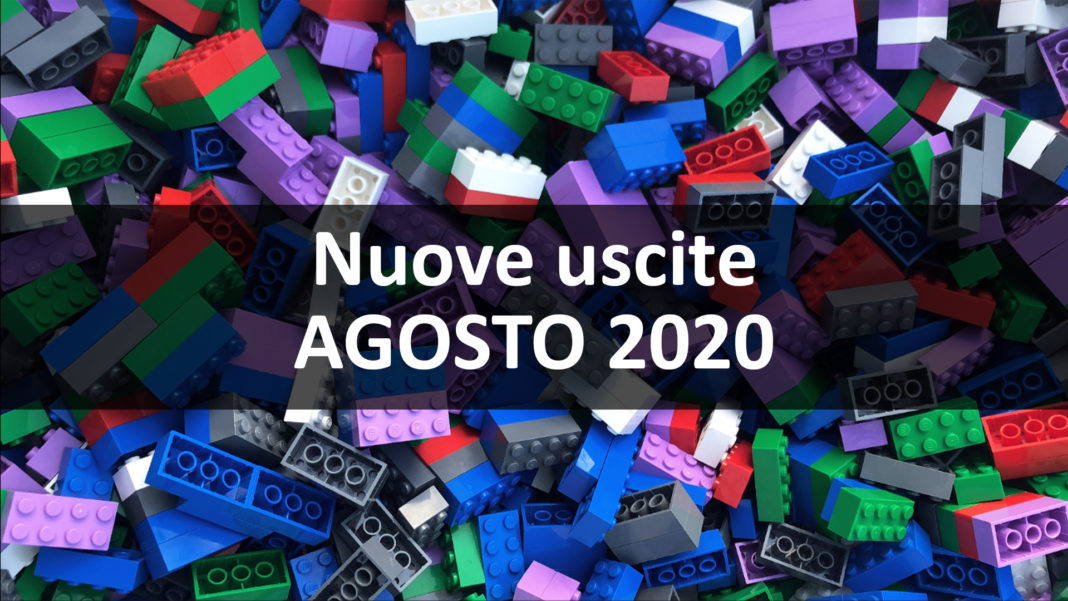 August approaches and with it also the news in the field LEGO.

We leave you with a list with all sets which will be released on August 1th, 2020 divided by theme.

First wave of this series in collaboration with Nintendo, among all the 71374 - Nintendo Entertainment System ™ set that makes us recreate the NES with LEGO bricks. It will be interesting to understand the level of play and challenge that these will create interactive sets. Recall that to play you will need to buy the set 71360 - Mario's Adventures - Starter Pack, because it is the only one to have the Mario interactive figures.

These sets are creating a lot of interest both in AFOL (adult fan of LEGO) and in the public of collectors / enthusiasts. For the first time, gods will be released official mosaics created by LEGO artists. For these sets LEGO has created new colors for its tiles and plates and has created new bases for hanging the works once they are completed. With each set you can recreate one mosaic among the 3-4 available, also by purchasing 3 sets 31200 - The Sith ™ Star Wars ™ or 3 sets 31199 - Iron Man - Marvel Studios you can recreate a larger mosaic.

Fans can finally get their hands on "Baby Yoda" which will be released as both Brickheadz and Minifigure. Beyond sets based on Mandalorian most beloved of the streaming will also be released sets inspired by the last season of "The clone wars" and episode IX plus a few sets on the classic trilogy.

Summer wave dedicated only to the beloved Ironman. We report that the set 76167 - Iron Man armory it's a extension of the set 76125 - Iron Man Armor Room released in the 2019

In recent days LEGO she was forced to retire from its release calendar the set 42113 - LEGO® Technic Bell ™ Boeing ™ V-22 Osprey™, forced by a controversy arising from the website Germany Peace Society. The site in question underlines that the medium is still used above all in war environment rather than in that of search and rescue and which therefore goes against LEGO's policy of not producing military vehicles currently in use.

After almost 7 years Mindstorms EV3 retires to make room for this new programmable version be from smart phone that pc. Products designed to bring together big and small to the world of block programming and Python.

Nintendo and LEGO, after clothing Mario allies with the bricks