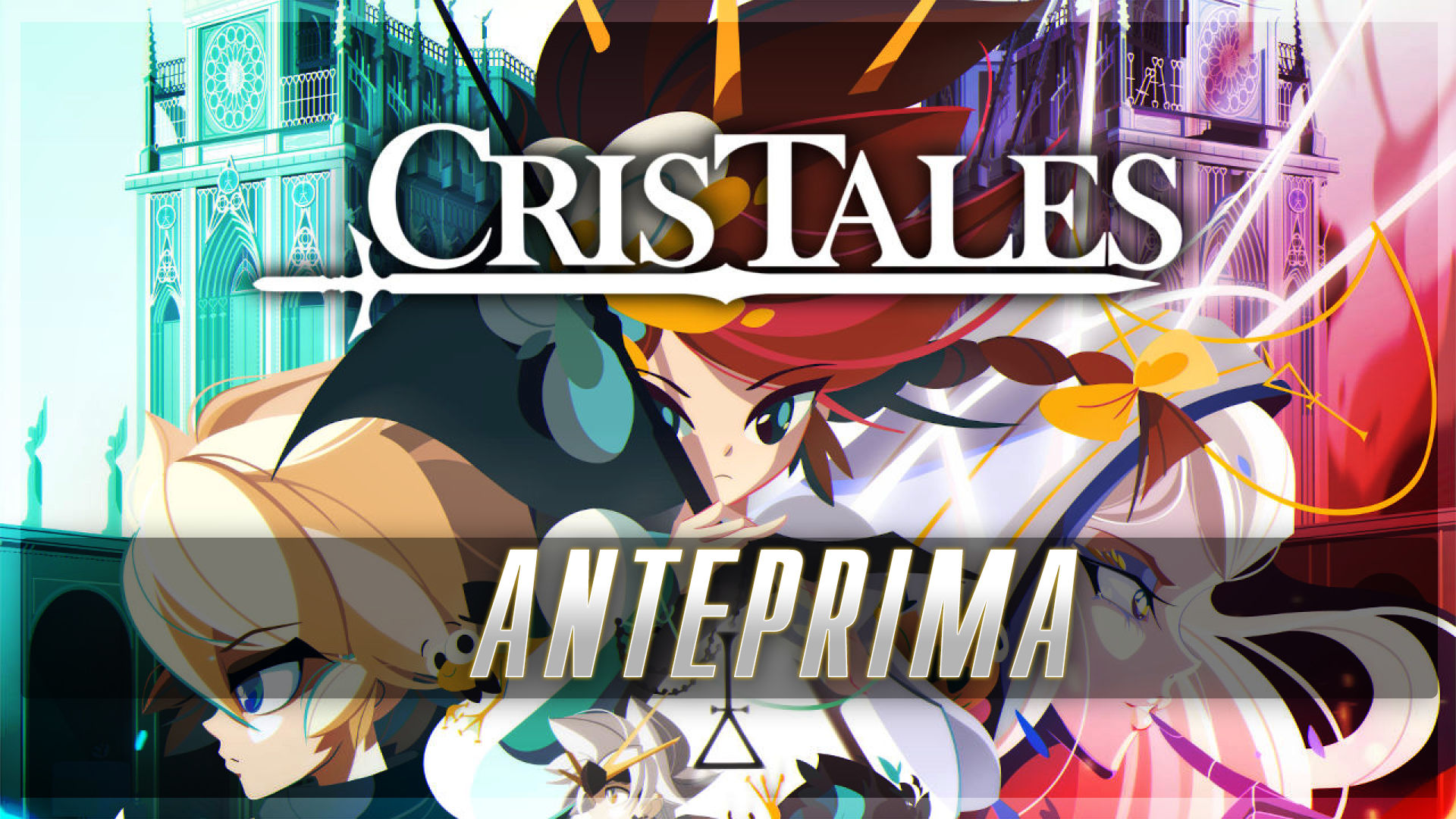 Cris Tales is a Dreams Uncorporated game, presented in June 2019 during the period of E3 and shown in more depth at Gamescom of the same year. Coming November 17, 2020 on all current generation and computer platforms, the title has seen a recent release of a demo, which was the subject of my test in its Nintendo Switch version.

Cris Tales looks like a old school jrpg. Cities with NPCs to navigate, turn-based battles where characters can use attacks and skills to get the best of them, a level-up system with experience points, all united by a hand-drawn graphic style of great value.

The demo lets us taste all the main loops of the adventure, starting from what seems to be the beginning of the story. Our city is attacked by the forces of the evil Empress and the protagonist, Crisbell, "unexpectedly" obtains magical powers that will be essential to save her city and then the world in the future.

If you feel things you've heard so many times, it's in the spirit of the game: not to reinvent the wheel, but to find a new way to roll it. The protagonist is an orphan, she is accompanied by a talking magic animal ... you will have to find the differences elsewhere. Once again, a mechanic linked to temporal alterations returns to the jrpg.

Cris Bell has the gift of being able to see the past, present and future simultaneously. Graphically this gift is shown to the player as a mask on the screen. At the center is the present, the future on the right and the past on the left. The ability to peek into other historical eras becomes critical to solving puzzles. Take an object from the past to bring it to the future where they know how to process it and use it in the present to alter history on a more favorable path. Cris Tales made me think a lot about Oracle of Ages, of Zeldiana memory, more than Chrono Trigger.

This is because the payoff of one's own temporal vicissitudes is in real time. It all happens immediately. The whole thing therefore seems more like a Zelda puzzle than a herculean effort that requires travel between portals or boarding the Epoch.

The demo hints at something I really appreciate in this genre of games: having to make choices. There is the possibility of positively altering only one of two lives and both player and protagonist must live with the weight of their choices aware of the repercussions. It is a theme that if developed properly can be very interesting and pungent.

Cris Tales takes advantage of the temporal alteration mechanics even in battle. In the demo, the first boss is equipped with a powerful metal shield. Just wet it in the present and send it to the future, causing an acceleration of its rust state, reducing its effectiveness. Being a union of Demos and tutorials, this discovery is guided, but it knows how to give a good idea of ​​how to exploit the mechanics in combat. The demo also has a coliseum mode with enemies of increasing difficulty, just to show how the fight can climb.

Cris Tales is one of the games that most impressed me when it was presented for its graphic style, but the demo also left a good impression on the rest of the game. I find it much more interesting and honest than the many attempts of Tokyo RPG Factory to recapture a little that simplicity of the jrpg from times gone by with a little more modern technique.