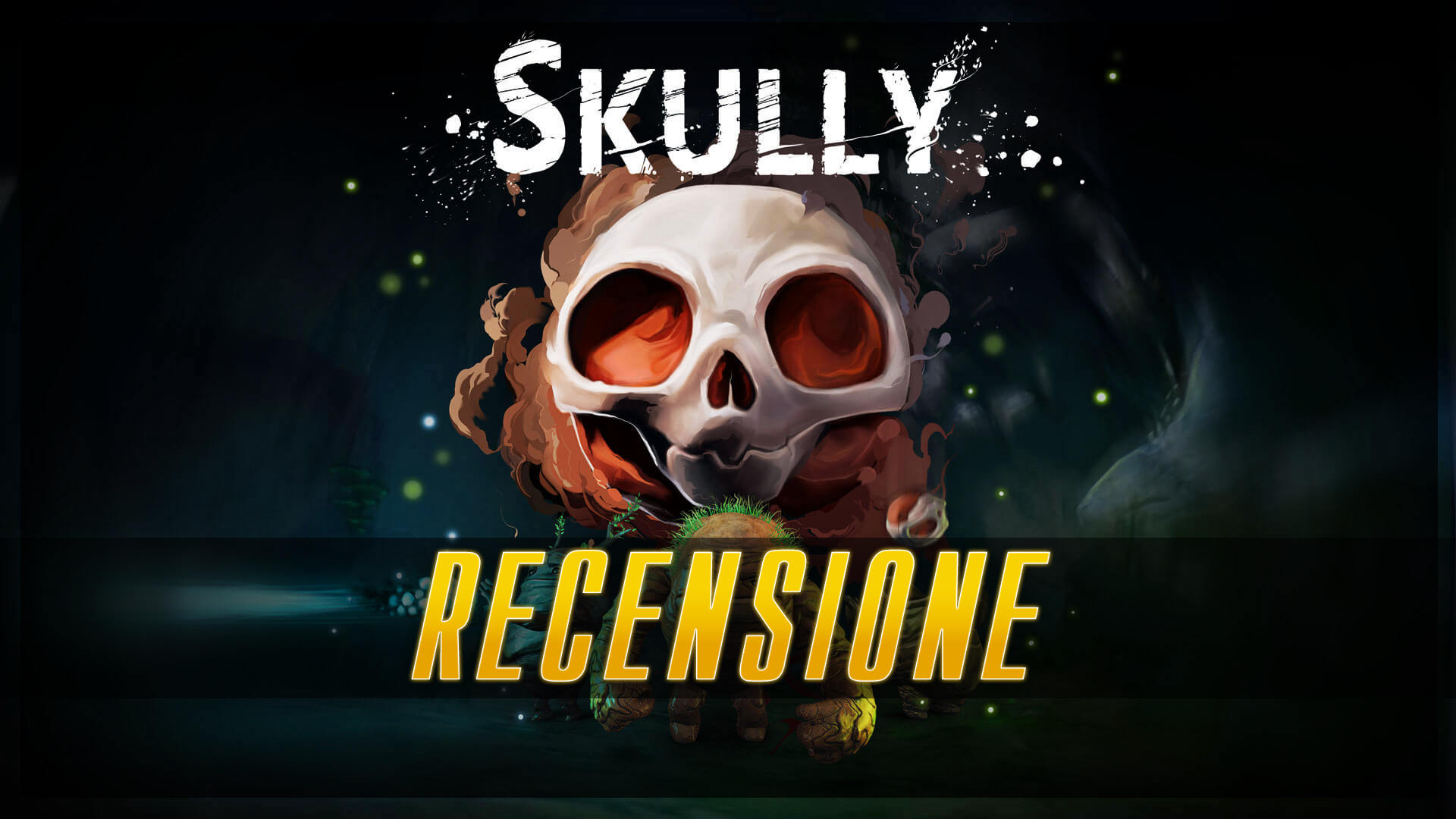 For those who grew up between the 80s and 90s and embarked on their video-game "career" at that time, the platforming genre was one of the leading exponents of the media. This type of games, however, has gradually cleared, not disappearing completely fortunately, thanks for example to Nintendo, which with its moustached plumber tries to keep the genre alive today and above all thanks to the indie market, which offers titles quite frequently thick like Celeste, the recent Neon Abyss or the now dated, but timeless, Super Meat Boy. Skully proposes itself as a new 3D platformer title - an even rarer variation - and tries to bring players into a fairly classic adventure but at the same time well characterized and endowed with its own identity. In addition to millimeter jumps and runs at breakneck speed, the work before Finish Line Games presents various puzzle sessions, creating a balanced gameplay even if weakened by some naivety too much. 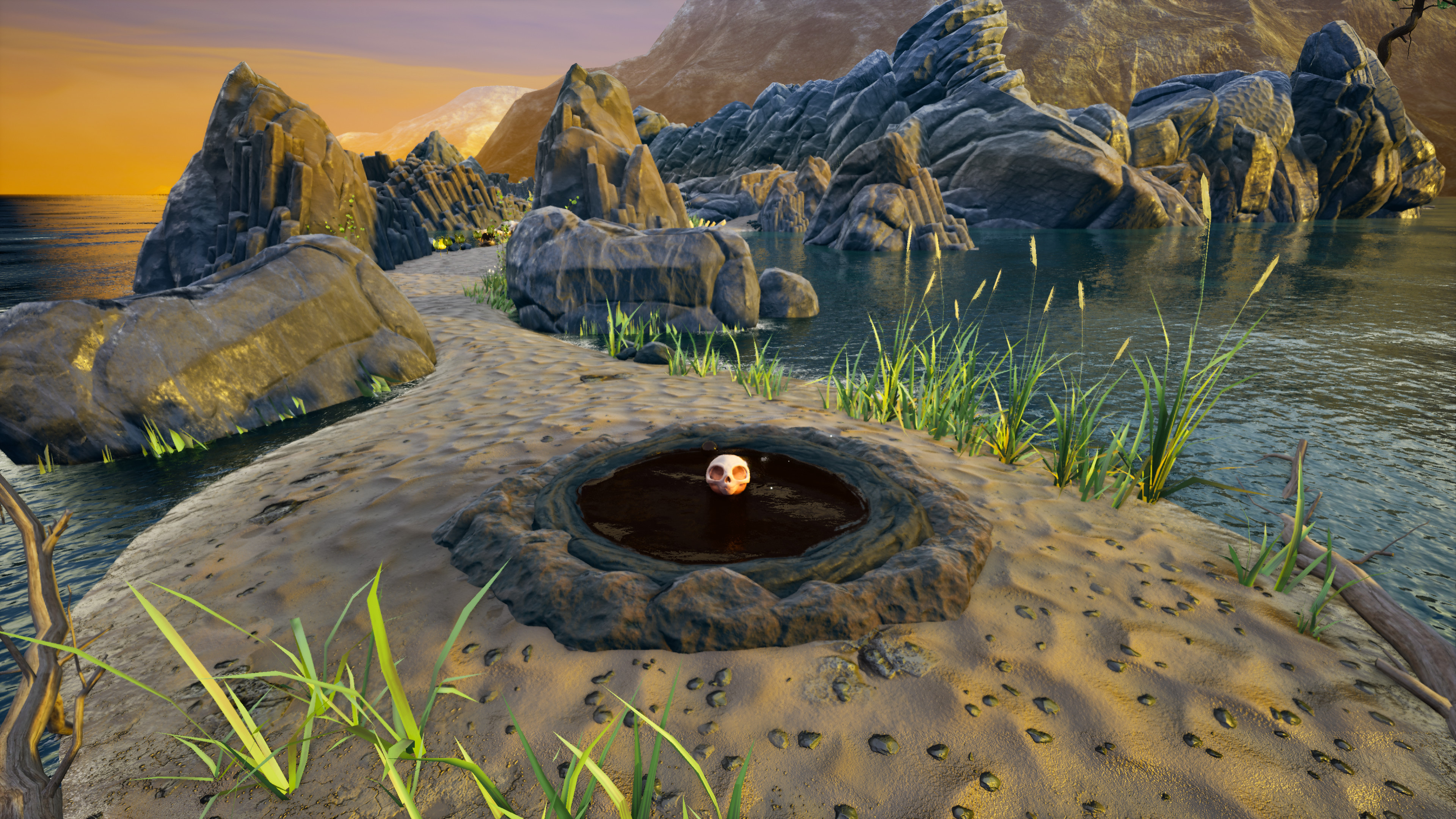 Part of the character of the production is expressed from the very beginning with a narration above the lines, through a fairly simple story, at least in appearance. The little protagonist skull "surfaces" on a beach and is immediately christened "Skully" by Terry, a bizarre character with divine traits. We are on a small, but articulated island, home of four divine entities in conflict with each other for the control of the territory. If Terry, who in addition to guiding us also plays the role of the main narrator of the experience, looks for a way to reconcile us with his three brothers and put a stop to the internal war that could sanction the destruction of the island itself but is too weak in order to do something on the front line, here comes Skully, which can take advantage of small ones magical pools to take multiple forms and exploit arcane powers with which he can juggle enemies and dangerous areas.

The incipit that is proposed is obviously an excuse to kick off the sessions played yet, despite following a fairly classic pattern, Terry's story teases and intrigues the player, thanks to a good writing of the dialogues of the divine family and a series of unsaid that leave room for a few questions and consequently trace a small mystery to be solved, managing to keep the curiosity towards what these whimsical gods always hide high enough. 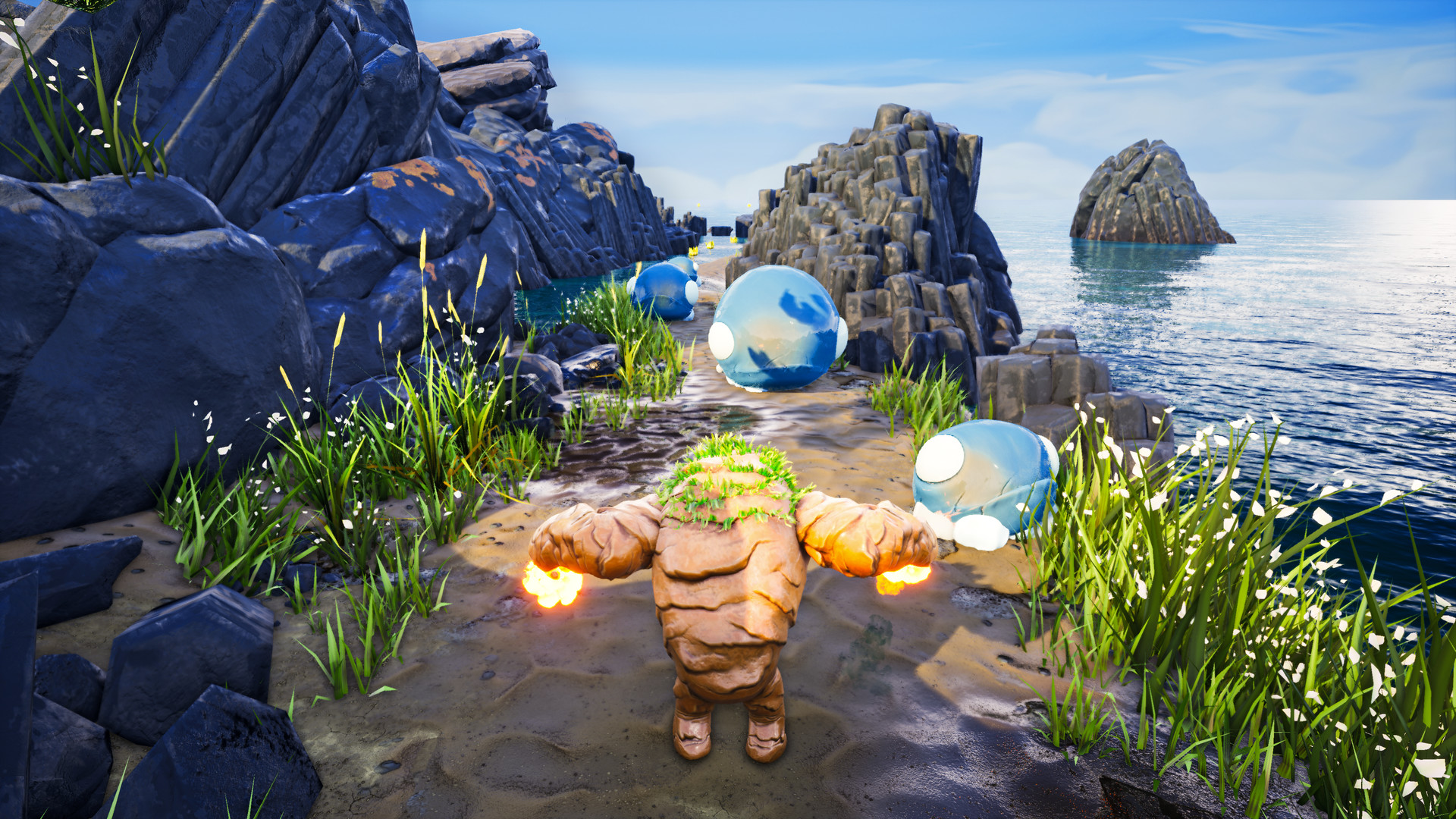 The beating heart of Skully's experience lies in his gameplay platform alternating with full-bodied puzzle sessions, which often merge to create a fairly solid and convincing playful mix. In the title we have four modes available to use, each with its own peculiarities, movement skills, interactions with the environment and, in a specific case, combat. In the form of a skull - the basic aspect of SKully - you are very small and fragile but also damned agile and able to move around the game areas with a certain speed and even climb on vertical surfaces covered with ivy. In addition, thanks to Terry's powers, Skully can be covered in clay in the checkpoint areas and take control of funny looking golems and different powers. Consequently, it is possible to choose to be slower but more robust and able to attack enemies with powerful blows, also having the necessary strength to break some walls and smooth out otherwise impassable obstacles, or choose a more agile and able to exploit the magic aspect. to move specific platforms and create unique paths or, again, to be able to count on a double jump and the possibility of lifting the above platforms, taking advantage of the verticality of the environments to proceed in our adventure.

What works best it is the way in which the game manages to spur the use of all forms and lead the player to change use often, creating puzzles that need two or more peculiarities of the different golems to be solved. The best quality of the production therefore lies precisely in the component of the environmental puzzles, endowed with a good difficulty curve and which always force the player to exploit the gray matter, proposing some really pleasant puzzles. The same cannot be said of the platform sessions, which are often more stale and less successful, especially those that are presented during the game's "boss fight" or more syncopated and cinematic sessions, which by virtue of these aspects, however, lose the focus on the intelligibility of the action, also accomplices choices of "direction" quite unforgivable that place the camera in a position so uncomfortable as to make the resolution of these scenarios really frustrating.

The natural landscapes that await us in Skully are neither too varied nor very inspired and remain within schemes that are all too classic and lacking in stain, despite a construction that is always very functional in level design, with the exception of some sporadic points where the the game world seems to want to do everything to be as anonymous - and therefore confusing - as possible. There checkpoint management remains on fairly classic principles, the save points are scattered fairly well in the game world and a single mistake leads us immediately to lose all the progress accumulated post rescue, creating a trial & error system very suitable for this type of experience but not always in focus . Some sections are quite extensive and the margin of error is often very very narrow, especially taking advantage of the basic form of Skully. This mode. with its sphericity faithfully produced on a physical level, it risks slipping and losing friction all too often, consequently after a series of millimeter jumps it is easy to accumulate too much speed and not being able to stop in time before falling and having to start again from the beginning . Even lovers of challenges, although probably intrigued by this difficulty device, are likely to incur the most heartfelt ragequit. That said, Skully's playful component overall it works, although not managing to make the leap towards complete success, weakened by flaws that are understandable for a first feature but still quite important in the economy of the title. 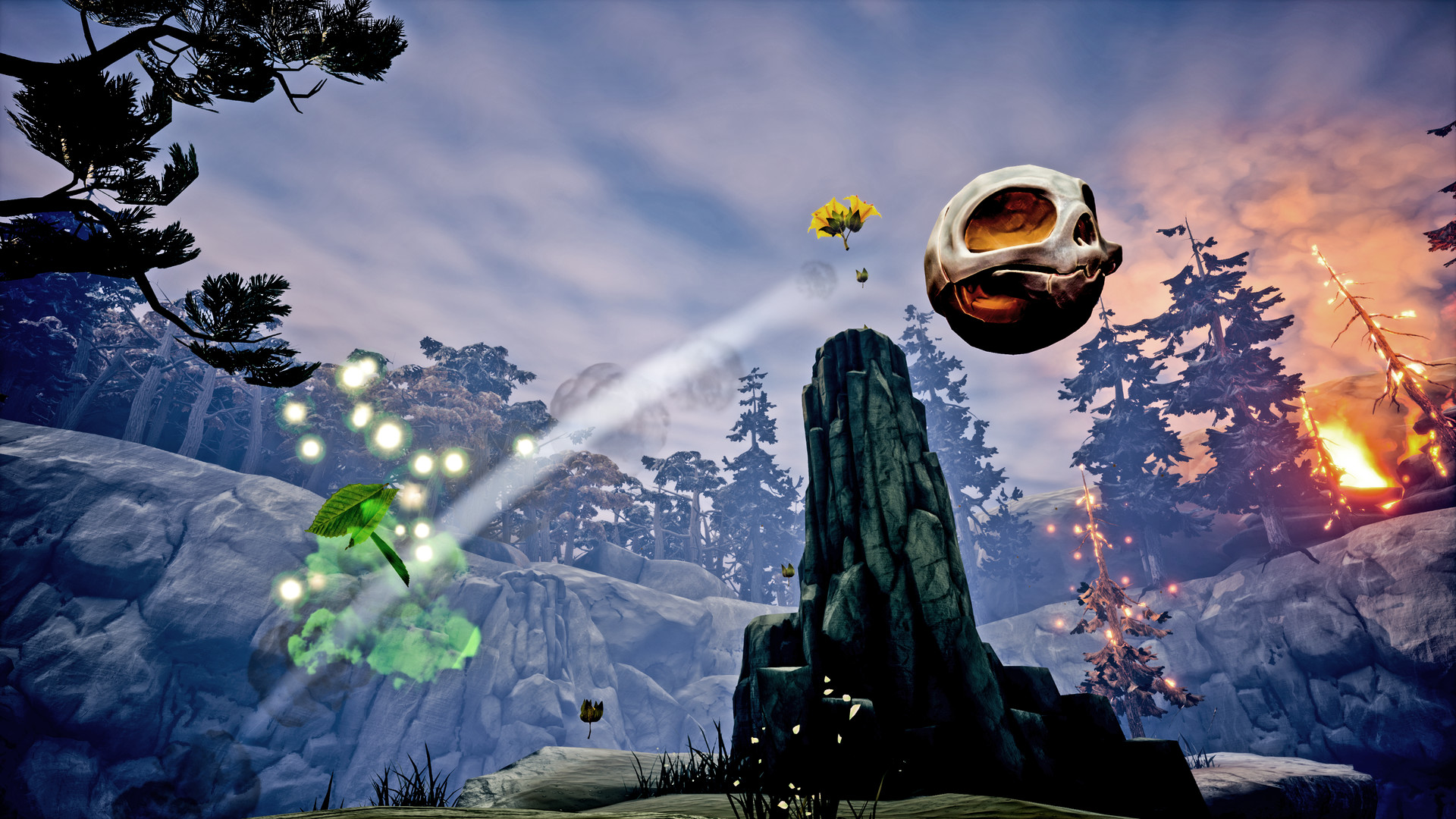 Technically and artistically, Skully proceeds in a certain sense on two parallel paths. Basically, the design of characters and the game world it works but it is not surprising and it does not have that bite capable of ensnare the eye, yet it still manages to create its own identity, weak but present. The same can be said at a technical level, with a polygonal mass and acceptable levels of detail but which never create a truly captivating picture, even in the face of some interesting glimpses. The fairly poor set of animations and a meager presence of volumetric and particle effects, as well as lighting without infamy and without praise, slightly lower the title's character but the complex still manages to be pleasant, though hardly memorable. Much better in terms of polishing, Skully always manages to be solid and clean, to present menus and HUDs without frills but still aesthetically convincing and cared for, underlining the care of Finish Line Games towards their firstborn. It never makes a miracle cry out, nor does it show the charm necessary to impose itself, yet it packs a product decidedly solid. 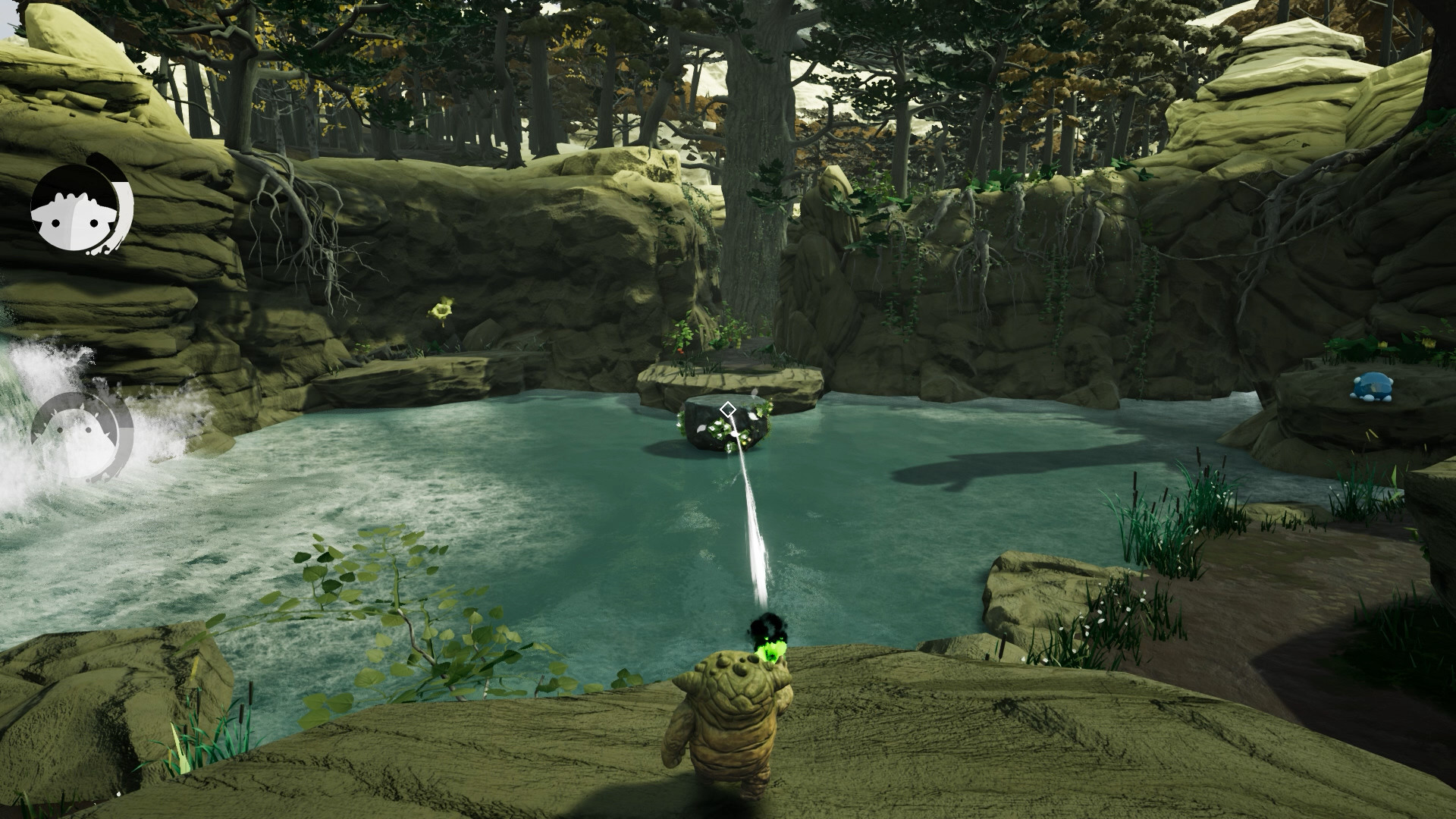 Skully is a game that claims its desire to be a title of the past in every breath. It is a valid and fun product, weakened by some not totally indifferent problems and by an artistic character that is too shy but still absolutely not anonymous. The game of Finish Line Games is able to convince all lovers of platformers and productions of this type, also thanks to the budget price with which it is proposed and probably also due to the shortage of titles present in this torrid August. The amusing and well-recited narrative, together with the interesting puzzle sessions and a fairly original, though not very successful, platform platform, lead Skully to be usable and fun, even after some moments of frustration that break the balance a bit. The hope is that Skully will become a full-fledged brand and build a bright future ahead of her, because the potential is all there.

Marvel's Spider-Man, it will not be possible to upgrade from PS4 to remastered for PlayStation 5

Disgaea 4 Complete Plus is coming to the West

Ubisoft Forward - Scott Pilgrim vs The World: The Game Announced ...