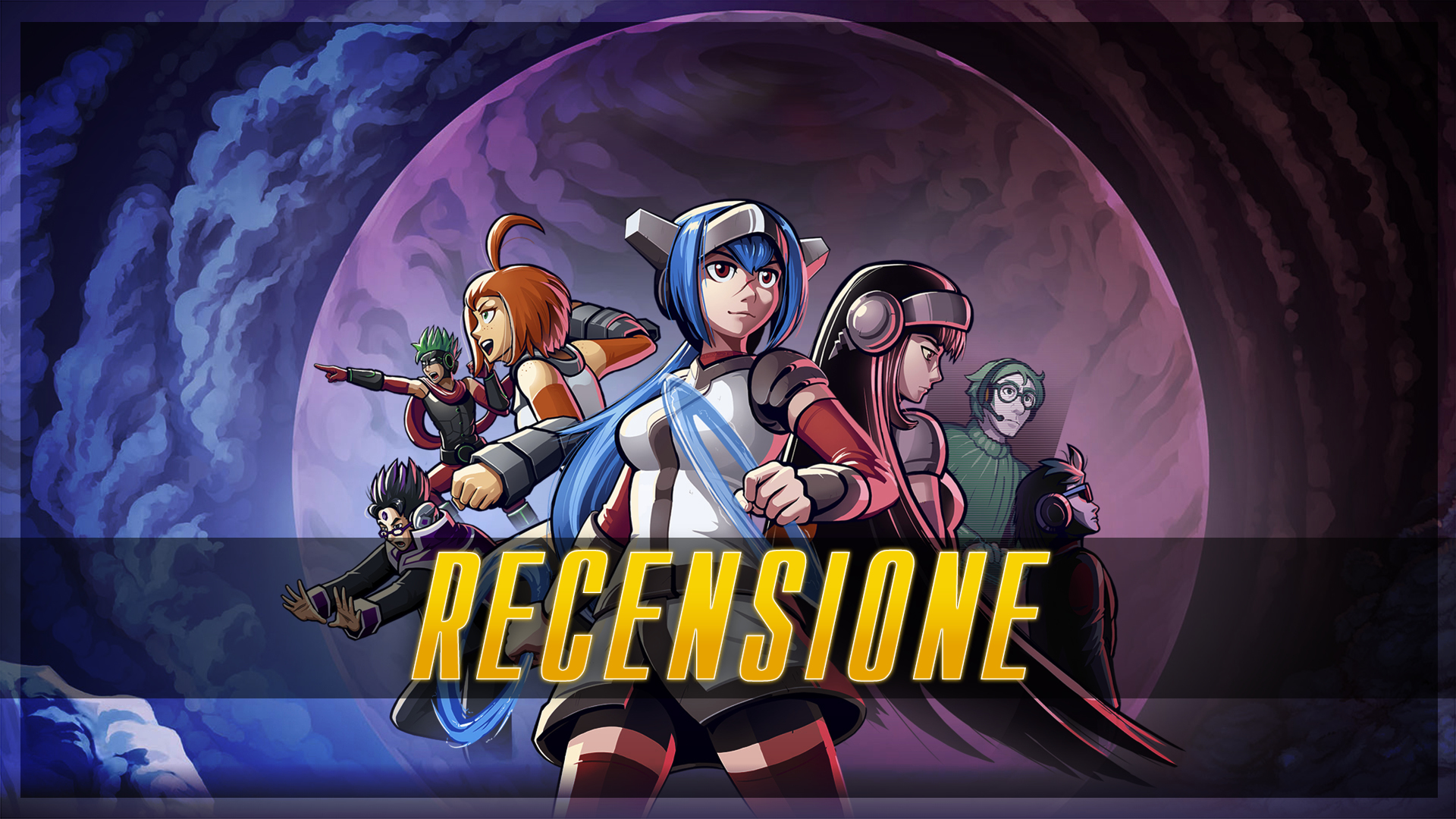 Before going into the real body of this analysis, allow me to write a few lines in which I take the liberty of, in the full spirit of this editorial staff, talk about video games. Cross code, the new title by Radical Fish Games, comes very close to the perfect action RPG, in my humble opinion. I will obviously go on to talk in depth about the reasons that led me to elaborate this conclusion, but right now I will limit myself to highlighting my general thought. From the first minutes, this work has transmitted to me all the love of the developers towards the genre and above all towards the players. It is clear that every choice and the whole process of creation, which lasted eight years, have been entirely dedicated to creating a fun experience, eliminating watering down or inconvenience. Of course, this is just my personal opinion and there are several reasons why some might think otherwise. This is why reviews are objective, after all. At this point, I end my mirror and let's dive headlong into the world of CrossCode, available on PlayStation 4, Xbox One, Nintendo Switch e PC. 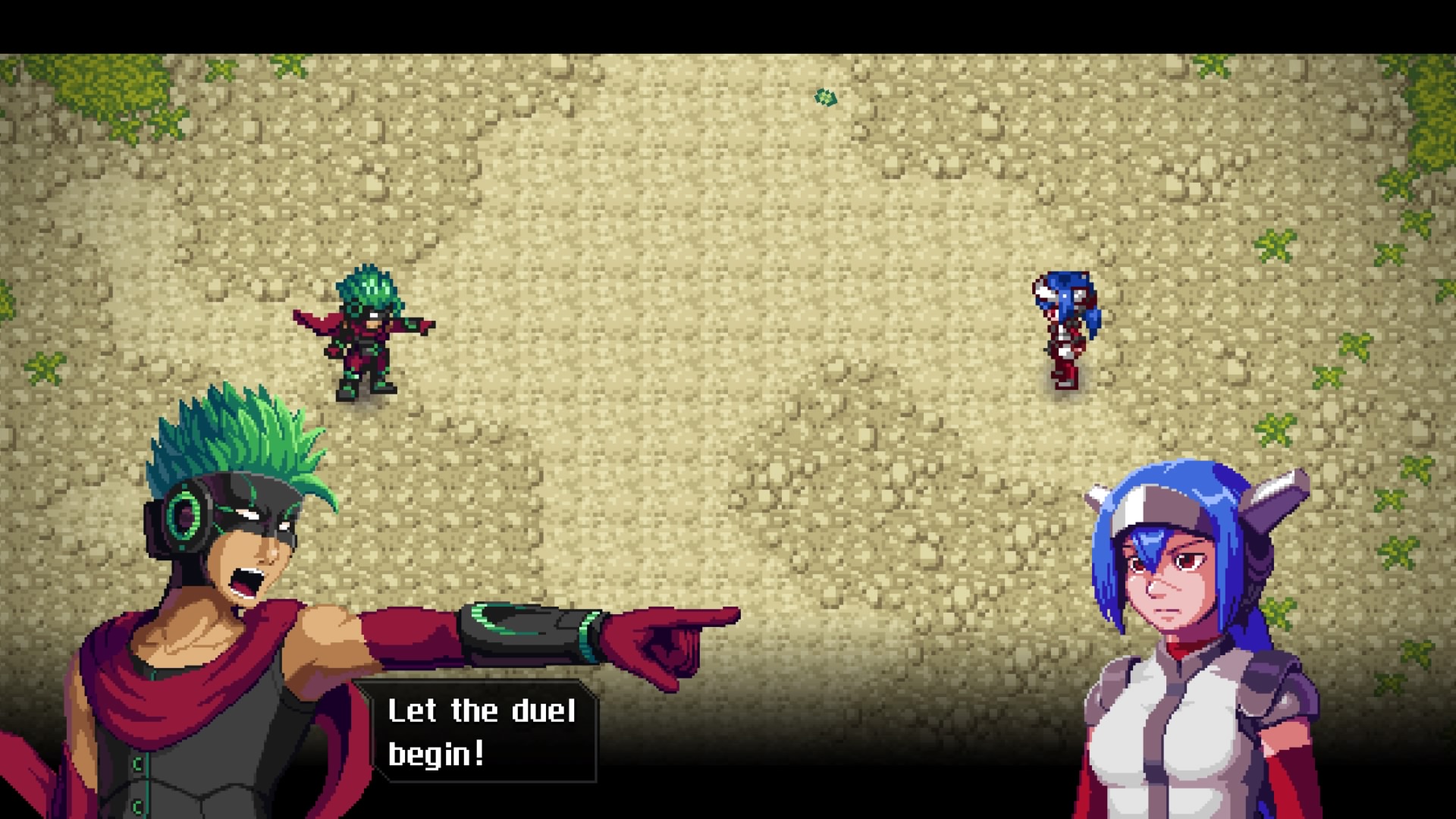 Ten out of ten pixels

Although I usually start with the analysis of the gameplay or the plot, the very first elements of this title that hit the mark are two: the graphics and sonoro. The CrossCode aesthetic overflows with vibrant colors, delightful animations and detail-upon-detail, all achieved using the timeless technique of pixel art than here more than ever gives a sense of perfection. The portraits of the characters, the protagonists as well as the secondary ones, are well cared for and overflow with life, thanks to the numerous and apt facial expressions. Moving on to the game world, the various settings (from cities to dungeons) offer a range of atmospheres and compositions of always different colors without however causing confusion. Each important element, such as the paths and objects with which you can interact, are well defined and immediately catch the eye even in the heart of the action. The menus, too, offer a detailed and complete aesthetic as well as legible. It's really hard to find a single element that clashes with everything else, even if certain bullets from opponents are initially difficult to spot - you quickly get used to them, don't worry. There is no need to continue to praise, you understand the story: the eye is fully satisfied, as I am. 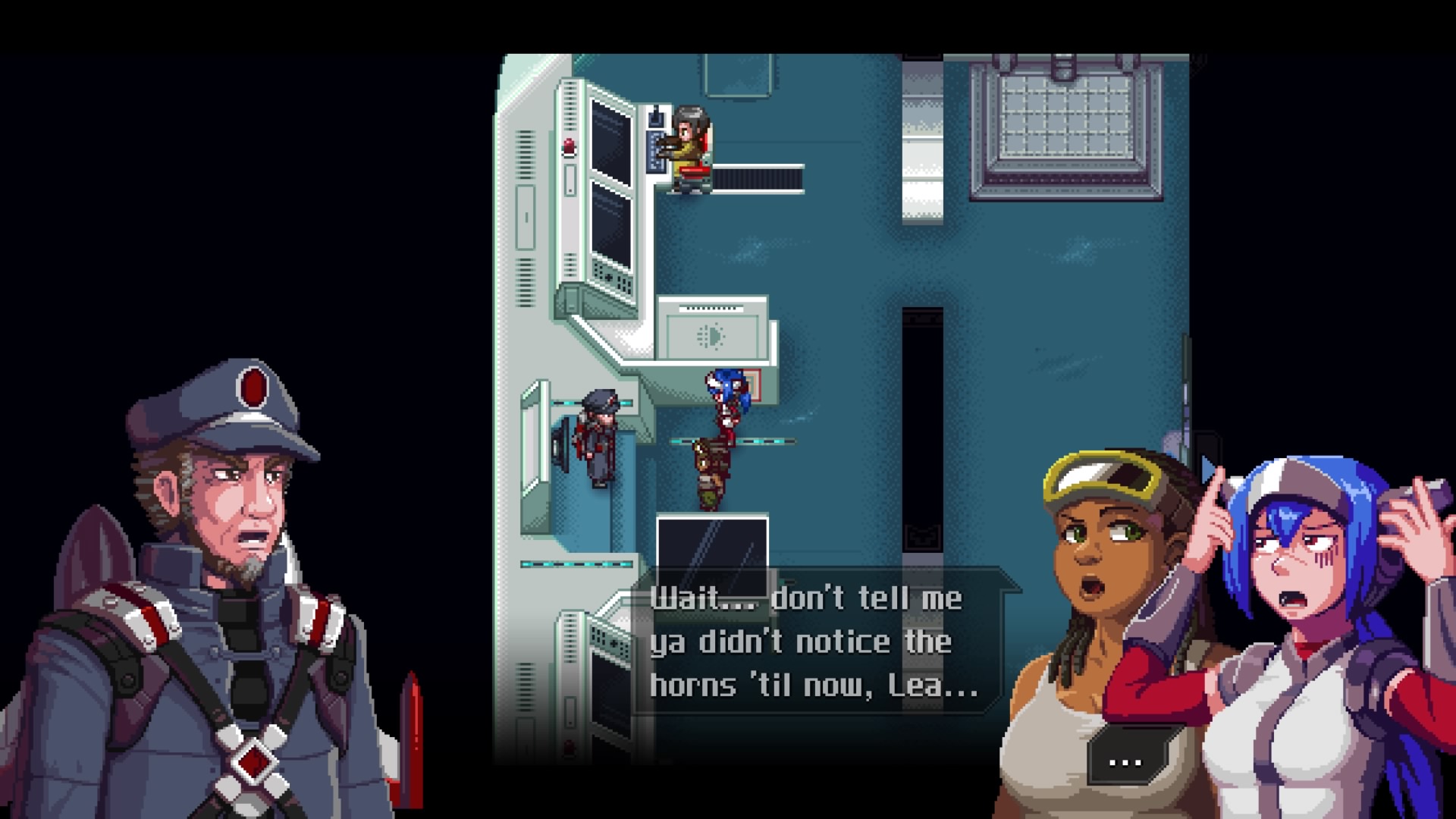 But the music. Anyone knows how important soundtracks and sound effects are in an RPG, so much so that these have managed to lift some titles to the Olympus of video games (right, Undertale?). I am therefore extremely happy to say that the melody also stands out in CrossCode. From building the atmosphere to transmitting the character of the characters, there are many roles covered by this sector and just as many are the advantages that experience derives from it. Just as the defects in the graphics can be counted on the fingers of one hand, the same applies to the annoying sound effects, almost completely absent. The ear joins the eye and proclaims itself satisfied. But now let's move on to another part of the body that needs attention: the hand. It's time to discuss the gameplay.

A work that knows how to entertain

If you are used to the classic RPG style, you will immediately feel at home here. You run along a map, defeat the monsters that hinder our path, obtain resources and upgrade the character through better equipment and the inevitable skill tree. The story is told through a series of main quests, with the player being able to accept and pursue secondary objectives to raise EXP and money, or obtain rare items. We immediately see, however, that Radical Fish Games knows very well the wishes of fans of this genre: the whole system is in fact built to reduce downtime and maximize fun. Most of the optional quests can be done simply by playing without excessive farming or backtracking. The maps are chock full of hidden paths, hidden chests and environmental puzzles that continuously offer fast and different challenges, also helping to break the monotony of the journey from point A to point B. Monsters appear everywhere on the map, but can be ignored and attack the player only if directly provoked, allowing you to avoid clashes if you want to complete other missions. I could give countless other examples of how effective the design studio behind CrossCode is in creating a consistently compelling experience. For the rest, there is everything: bizarre NPCs, continuous references to the culture of the video game, bosses of gigantic dimensions and the typical parametry of role-playing games. 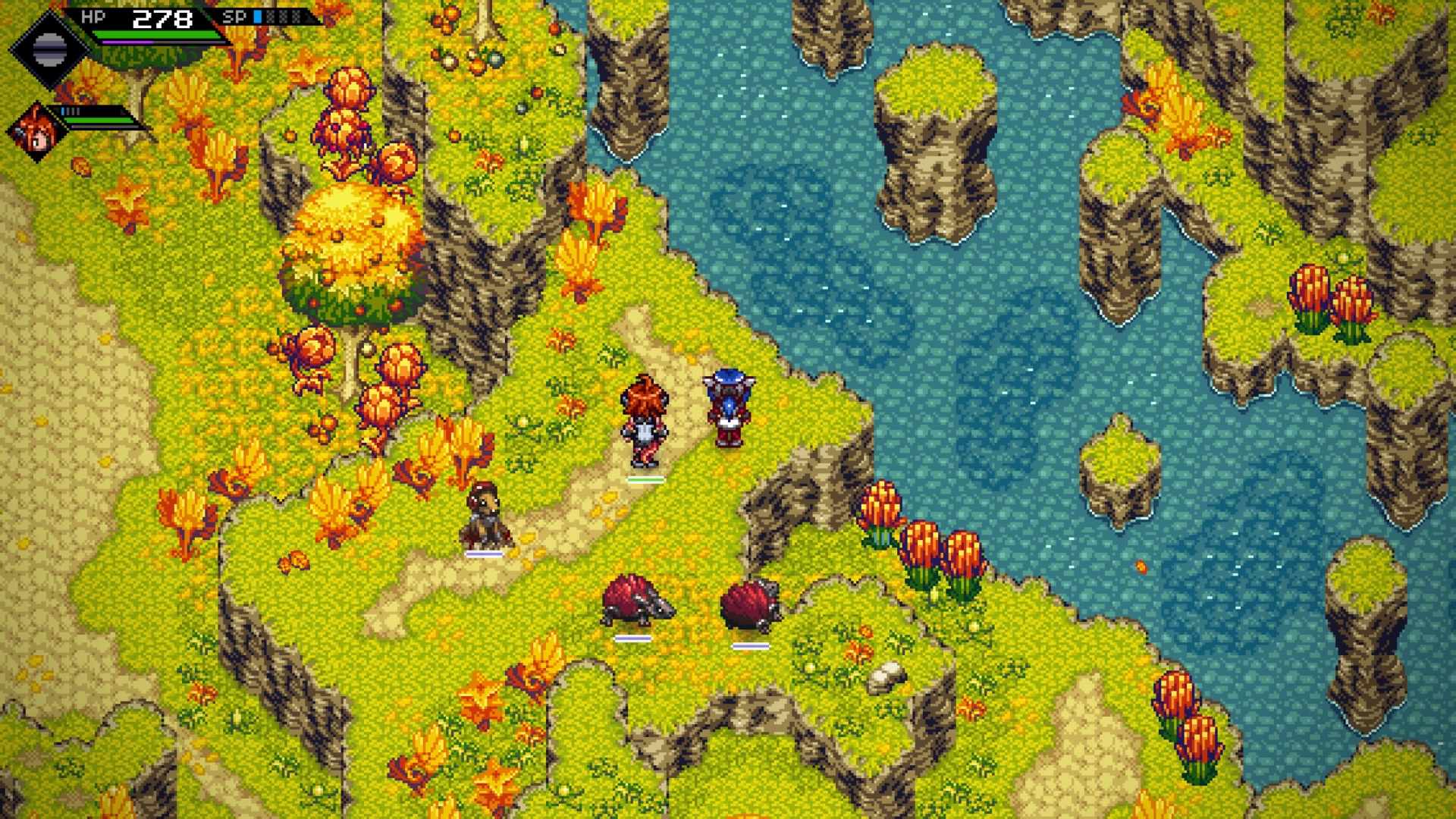 At this very last point, however, we find the biggest (and perhaps the only) slip of CrossCode. In the long run, in fact, the character and skill progression system proves too superficial for the sheer amount of content. The small number of unlockable skills and new powers does not stand up to the presence of many, many dungeons that sometimes exceed one hour in duration. As a result, the feeling of having reached maximum strength comes a little too soon, especially if you waste a lot of time killing prey and completing quests. It's not a very serious flaw, even considering that most of the clashes can be avoided simply by ignoring the creatures, but it would have been nice to see a more branched and deeper path. 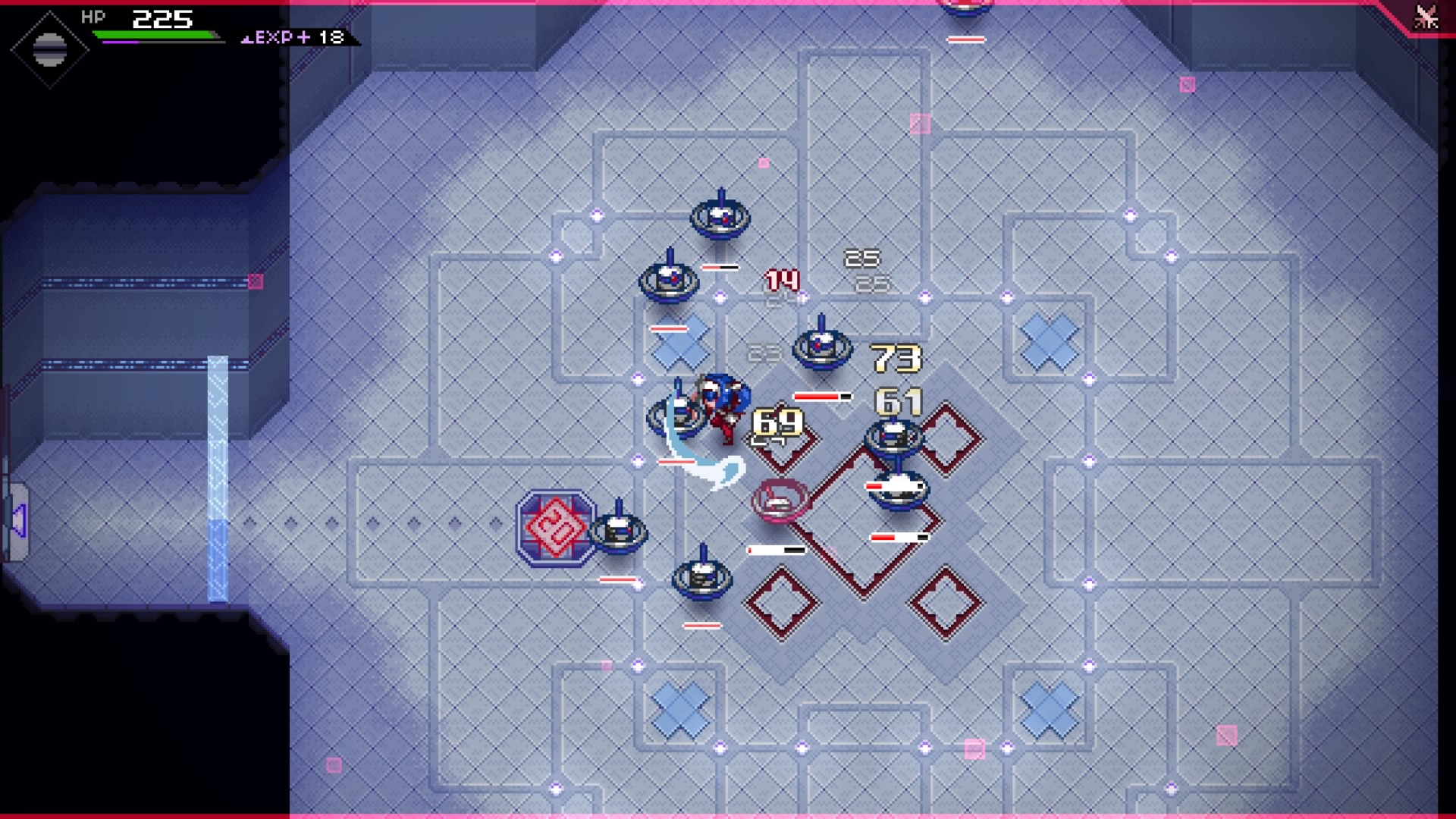 We conclude the review with the last tremendously fascinating element of CrossCode: its world. Beyond the plot, not too original but certainly engaging, the idea of ​​setting the adventure in an MMO is truly commendable. The title is in fact set in CrossWorlds, a planet on which a mysterious technologically advanced society once lived. To discover the mysteries of the people of the Ancients, humans have transformed the entire surface into an augmented reality video game, in which people can participate by creating an avatar and controlling it remotely from Earth. Well yes: we are inside an MMORPG, and the many characters we meet on our journey are well aware of this. We will frequently hear about patches, cheating, statistics and similar concepts, which will transform the structure of the video game itself into a piece of history and setting. Pure joy, if you adore this narrative trope. 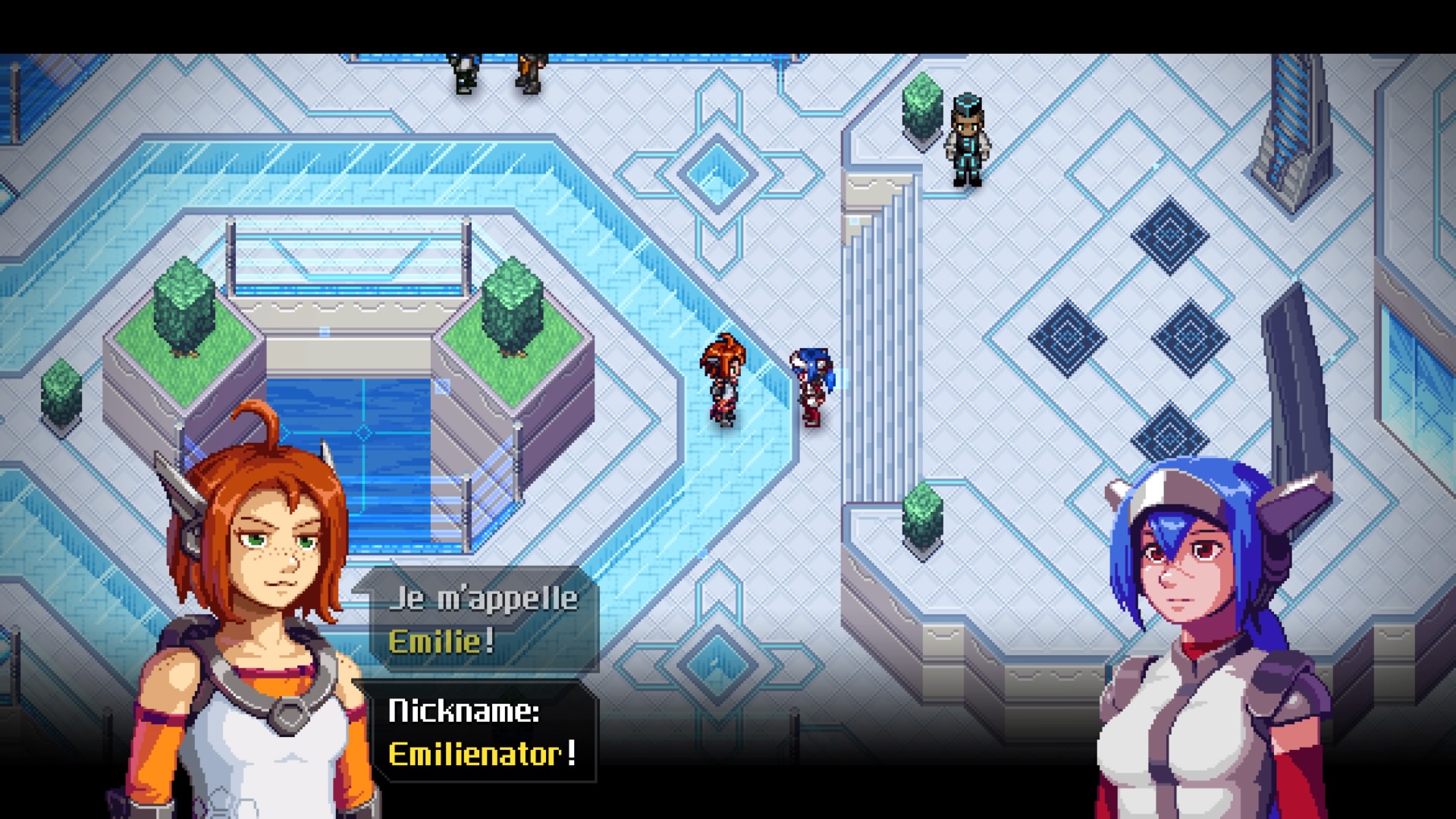 In conclusion: if you love role-playing games, you MUST try CrossCode. Every single element is perfectly linked with the other, going to create a complete and fun experience from many points of view. Too bad for the depth that could be pushed more, but the excellent graphics, the unforgettable soundtrack and the gameplay full of care fully compensate for this shortcoming. The price is more than right for the high amount of content, more reason to think about it.

Football Manager 2021, the director explains why it will not be on PS5

Andrea Schietroma - 25 September 2020
Football Manager 2021 will come out a little late this year, but the wait for all fans of the famous football manager will only last until November ....
News

Piermatteo Bruno - 25 September 2020
Last week, we reported on Michel Angel's retirement from the gaming industry to focus on his passion as an environmentalist. However, according to a newspaper report ...

LAYTON'S MYSTERY JOURNEY: Katrielle and the conspiracy of millionaires - ...