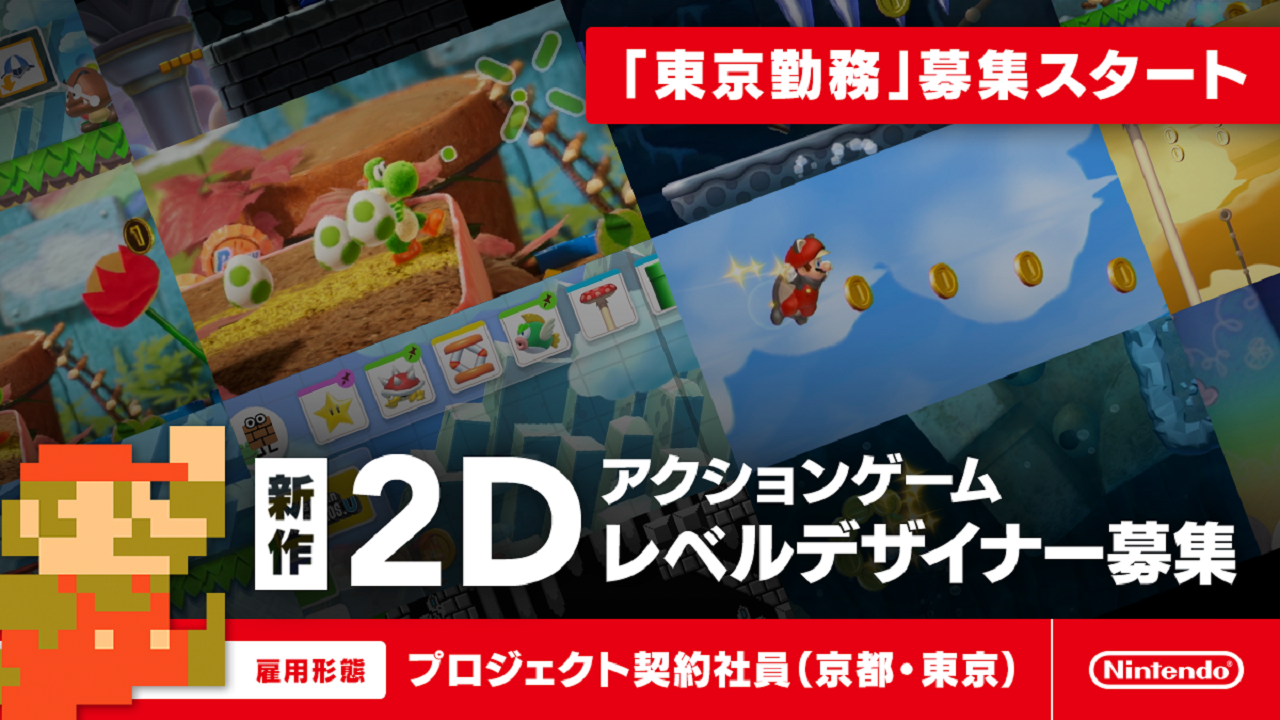 Despite lately Nintendo is criticized for too much silence on new games, surely the Japanese company is working on new titles to bring to Switch in the coming months: among these we will probably also find some 2D action.

Nintendo has indeed published a job ad in which he announces he is at search for Level Designer to work on "2D action games already in development“, Obviously without giving clues as to what these titles may be.

In the image we see Mario and Yoshi, but other pearls such as Metroid or Kid Icarus can also be included in the category, just to name two "disappeared". The requirements to apply are the knowledge of Japanese, but are accepted even candidates with no experience, and the job will be that of "place objects and check for problems".

Guaranteed transfer and rent, healthcare costs and paid holidays are also included, all for a minimum of 30.000 euro a year.

An attractive offer, which on the consumer side only interests us because it indicates new 2D games coming soon, and now the curiosity about what titles they can be is really a lot.

Piermatteo Bruno - March 2 2021
Fans of the Need for Speed ​​series will have to wait at least another year before getting their hands on the new chapter in the works ...

Quantic Dream working on different genres in the future

Injustice 2 will be available from May 16