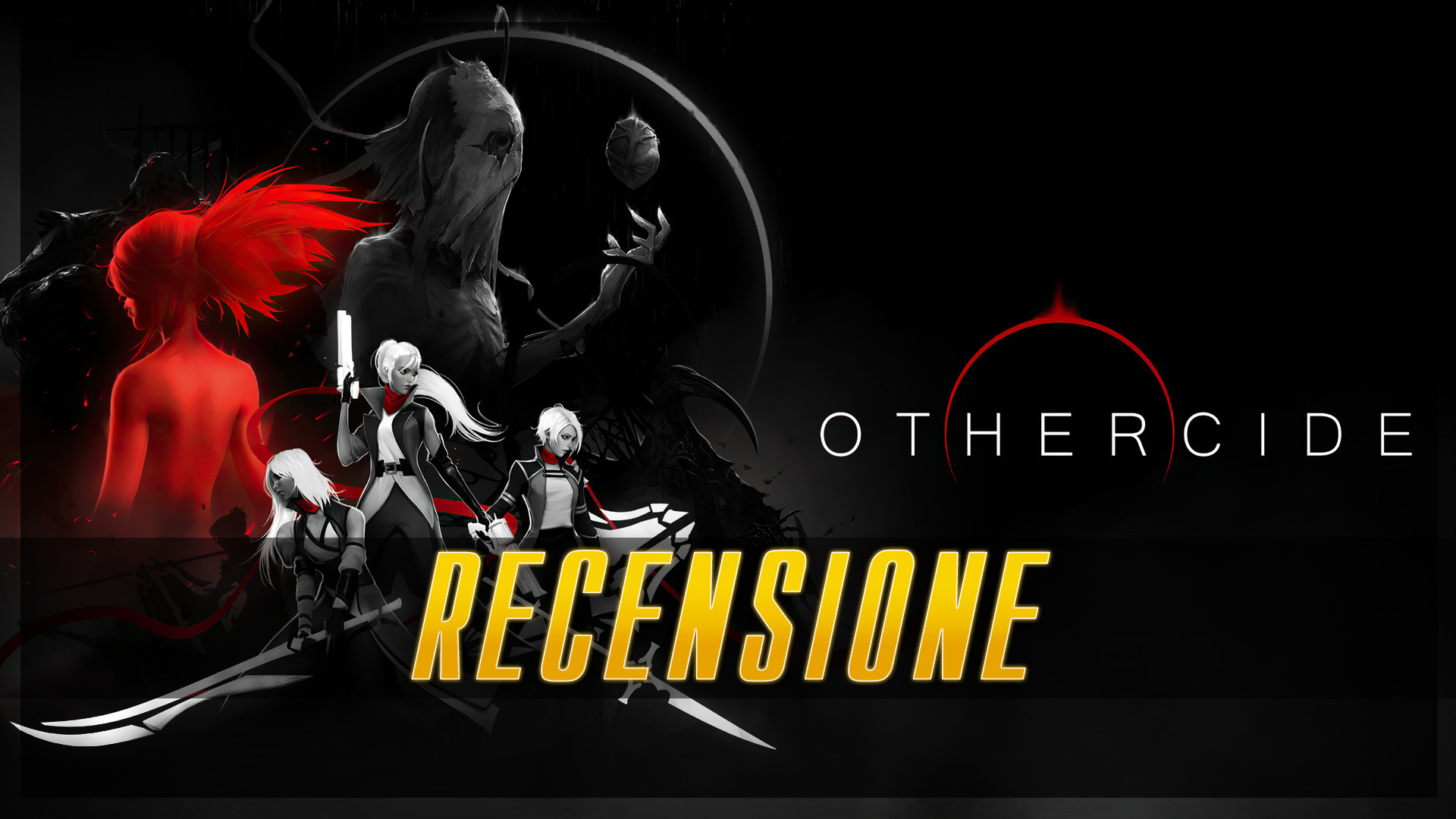 Othercide is the latest work from Lightbulb Crew and it is a game roguelite turn-based tactician, with a very particular aesthetic and style, able to make it stand out from the crowd. I could almost go and call it a tactical-horror either tactical-grimdark, much more than Mehcanicus.

But you don't live on aesthetics alone in the world of video games, you also need some flab and Othercide implements many innovative solutions in the genre. Some are more successful than others, but let's go in order.

History takes us to the space-time collapse of our world. The plane of our existence is connected to a neighboring one, which always tries to overflow to invade us and conquer everything. Some human beings have a strong connection with this neighboring dimension, and are called the chosen ones. They have the gift of immortality, but also the heavy duty of protecting our reality.

When one of these chosen ones is tried hard as a child to try to find a cure for a terrible disease, his psyche fails and he decides to bring the end to this world. To prevent this from happening, we players join the Mother, the protector of our plan, guiding her daughters into battle. These Daughters they represent echoes of great warriors who lived, destined to die and resurrect indefinitely.

The premise is intriguing, but the progress of the story is managed in an introverted way. Instead of being faced with interlude scenes, between dialogues and colorful characters, the good 90% of the game's story is to be found in the codex, an account of past memories and descriptions of the enemies that bring the whole story to the surface. A method that perhaps betrays its true potential, but is very well integrated into the structure of the game.

Start over to continue

The game is being described by some as roguelike, but I'm more for interpretation roguelite, because the randomly generated parts are not important. The death it's not a real penalty and the game has a clear progression, although you will have to repeat many of your steps to see the conclusion.

The general structure is very simple. There are levels structured in a total number of days, during which it is possible to undertake missions with your units to collect the resources necessary to face the boss. Once defeated, you proceed to the next level. What makes this dynamic different from the usual is the roguelite element. The progression instead of being linear is circular. Upon the death of your daughters, the game restarts from 0 with a new memory, and allows you to keep part of the upgrades and progress obtained in the previous run.

This system leads Othercide to be longer than it should e it forces the player to undertake some grinding, but everything is managed in a very not punitive way, since going forward it is possible to unlock the possibility of skipping entire chapters and starting with your units from advanced levels.

Where all the grimdark atmosphere is concentrated is in managing its own handful of war maidens. These cannot be cured: there are no potions, no regenerative abilities, nothing. The only way is to sacrifice another warrior of equal or higher level. Each run is therefore a sort of endurance race. And this is where you need to understand the title's turn-based combat system.

Time remains central even when it no longer exists

Othercide has a turn-based initiative system, with each ally and enemy represented on a time bar, which perfectly indicates when they can act. The game focuses on tactical time manipulation. One of the initial enemies serves as a tutorial for that. It is a ranged enemy that never directly attacks your fighter, but always uses a charged shot, which shows its effects during the course of the fight. Therefore, defeating the enemy before this happens or delaying their turn becomes a fundamental tactic.

The classes available to the player are three and perform the roles of tank, damage from a distance and damage in close combat. Their skills fit together perfectly, and planning a web of actions and reactions is key to surviving. Knowing in advance when the opponent's turn begins, for example, allows you to enable the reaction shot that interrupts an opponent's melee attack. Each opponent then has a precise and immutable behavior, therefore it falls within the combinatorial view of the battle puzzle.

Each daughter has two resources to spend in battle: Action Points e Life points. Each unit has 100 action points per turn, but only the top 50 are considered nominal. If you go beyond 50, the next action is moved to the bottom of the timeline. You need to know how to balance when to take advantage of this double shift and when to know how to hold back. Life points, on the other hand, are used for all reaction skills and are percentage costs, therefore extremely risky both at the beginning of the game and at the end. And, recalling how I told you that daughters can only heal themselves with the sacrifice of another, I would say that the balance of resources is quite clear.

All very nice and interesting, but does Othercide support this? A little yes and a little no. As your warriors level up, they become very, very powerful and encounters with normal enemies become easier, more repetitive and a little boring. Boss battles are very difficult peaks, requiring grind sessions and each of them has a sort of puzzle to solve before being defeated. And the gunslinger class, with its advantage of not always having to move, is too comfortable within the game economy.

The overall experience of Othercide remains positive. To support the tactical gameplay we think the technical sector, in what I could define the lightest Unity game I have ever played, able to turn over 160 fps with ease on my set up (Intel Xeon 1650 paired with an Nvidia RTX 2060). The whole is flanked by high quality animations and a well-chosen soundtrack, with a couple of very powerful and emotional pieces.

The fascination of leading a sweet-faced waifu army, with battle stilettos, scarves and eyes as the only chrome elements throughout the game, and seeing them become more and more destructive as the run goes on, has its own mix of emotions that few other games can capture.

Di Sarno Raffaele - 28 September 2022
There is now less than a week to go until the official launch of Overwatch 2, the free-to-play title coming on October 4th that will be renewed ...