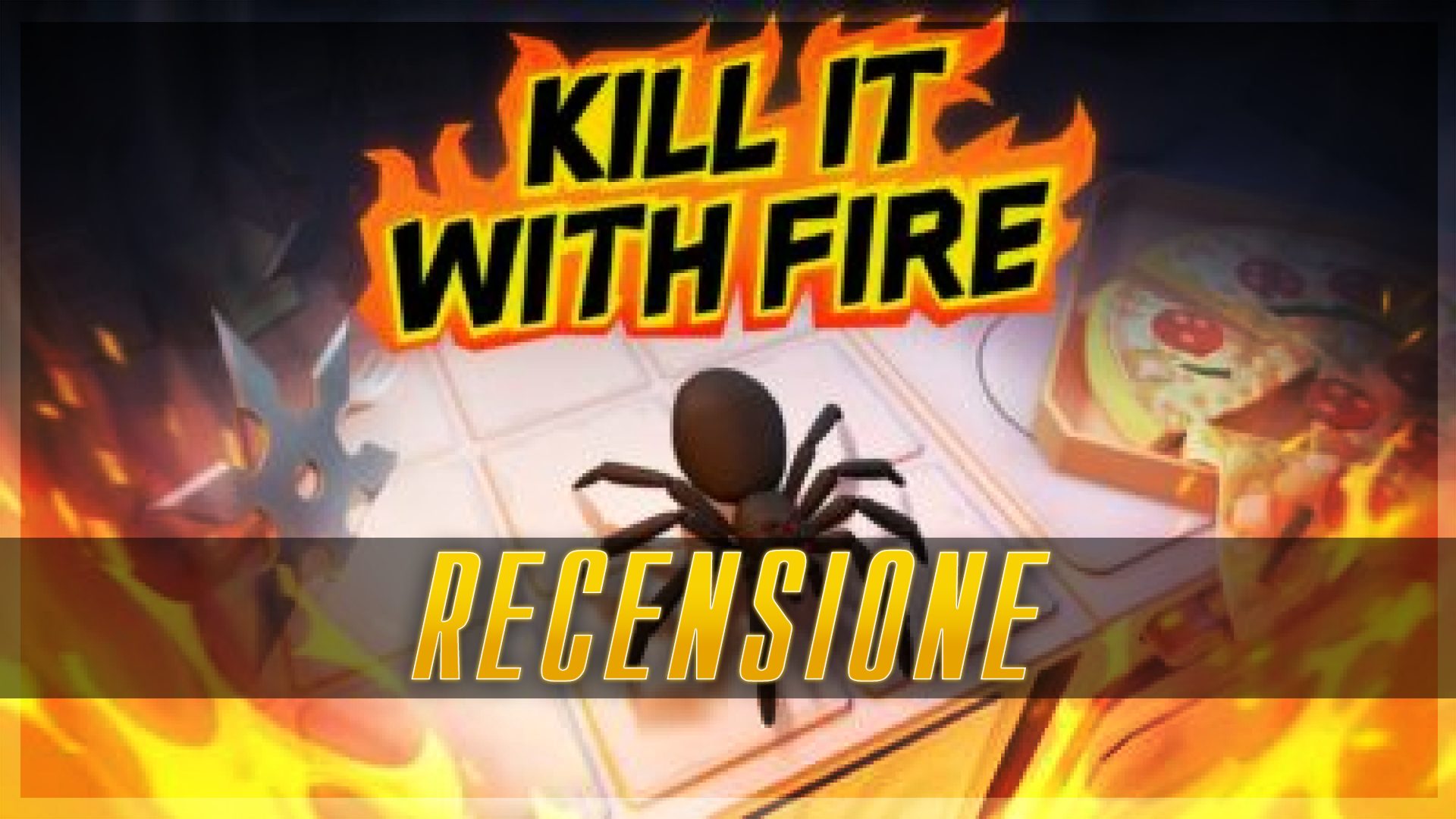 Kill It With Fire is an indie game, a simulator (more or less) of what would happen in the mind of an arachnophobic Rambo. Video quality set potato and a resolution of 1024 × 768 - which recreates the 90 'shooter feeling - off to war crimes. The graphic style is immediately familiar to anyone who has tried other simulators, such as Hello Neighbor, but the final result, essential as it is, is very pleasant. The game is stable, with only one crash in more than 8 hours of play after unlocking an achievement, but probably due to the Steam overlay. 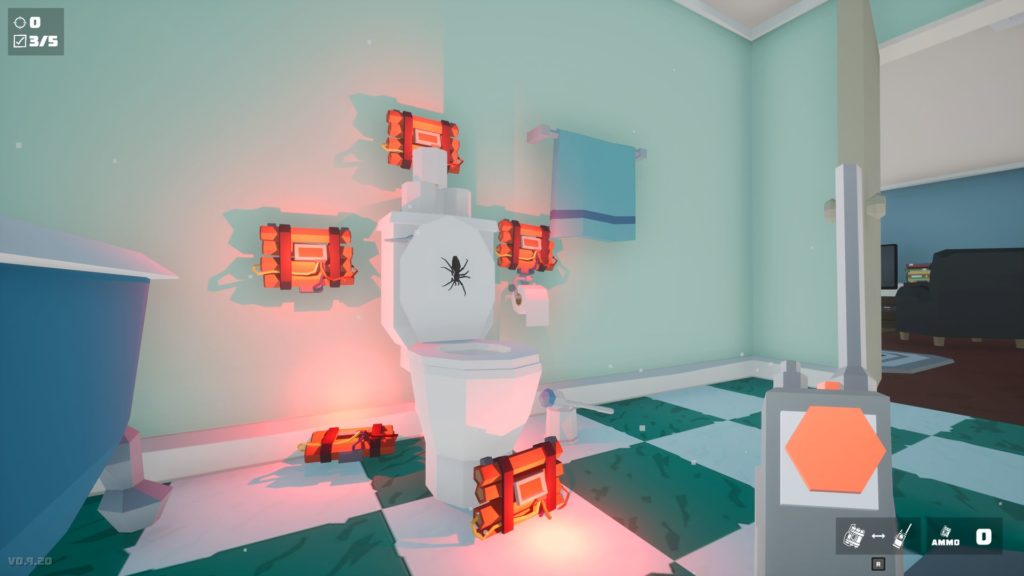 We start a sort of tutorial that introduces the (essential) game mechanics, such as movement, jumping, collecting and throwing objects, and, above all, the murder of the infamous spiders. Indeed chill arachnids helps unlock new areas, new items, and advance to the next level. The first blunt object with which to get rid of the unwanted eight-legged is a simple folder that also shows the objectives of the scenario, but, somewhat like the Cuban missile crisis, Kill It With Fire is based on escalation. If the first spiders we deal with are just big and hairy, they will soon start jumping, spawning half a dozen spider mites after death, sprinkling webs in our faces and even explode; on the other hand the player will have access to progressively more lethal weapons: frying pans, lawnmowers, flamethrowers, C4 to name a few. 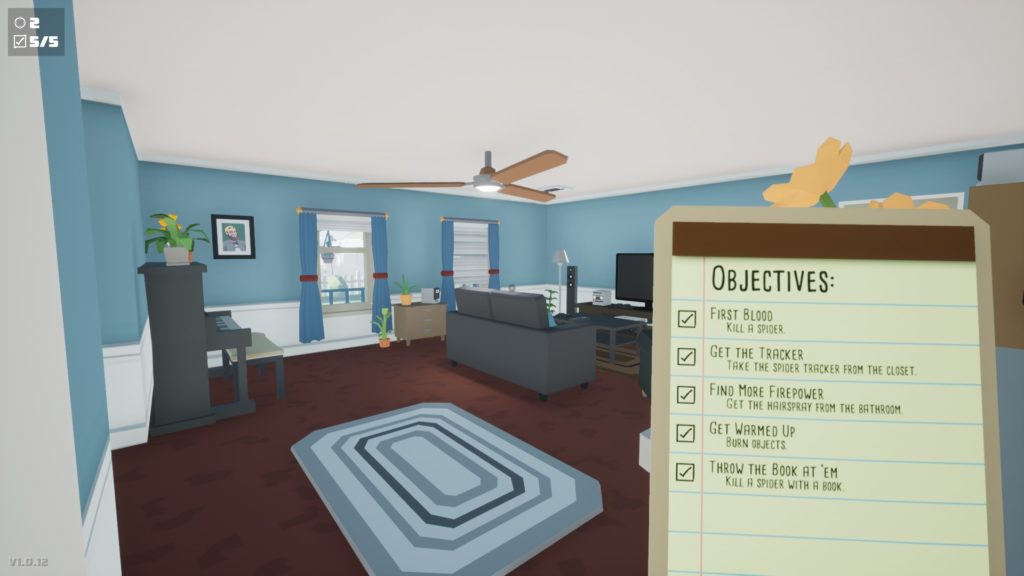 Fortunately, the greatest danger represented by animals is that of making our pants wet: our character does not have a health bar and therefore does not run any risks, but this does not mean at all that Kill It With Fire is a "relaxing" game. The typical horror movie violin accompanies the movement of spiders, which often scurry under our feet, or worse, jump a few centimeters from our face. Before this experience I did not consider myself arachnophobic, now I have become. After all, I had never been locked up in a room with so many furry beasts, and I have three cats that sleep in the same bed as me. 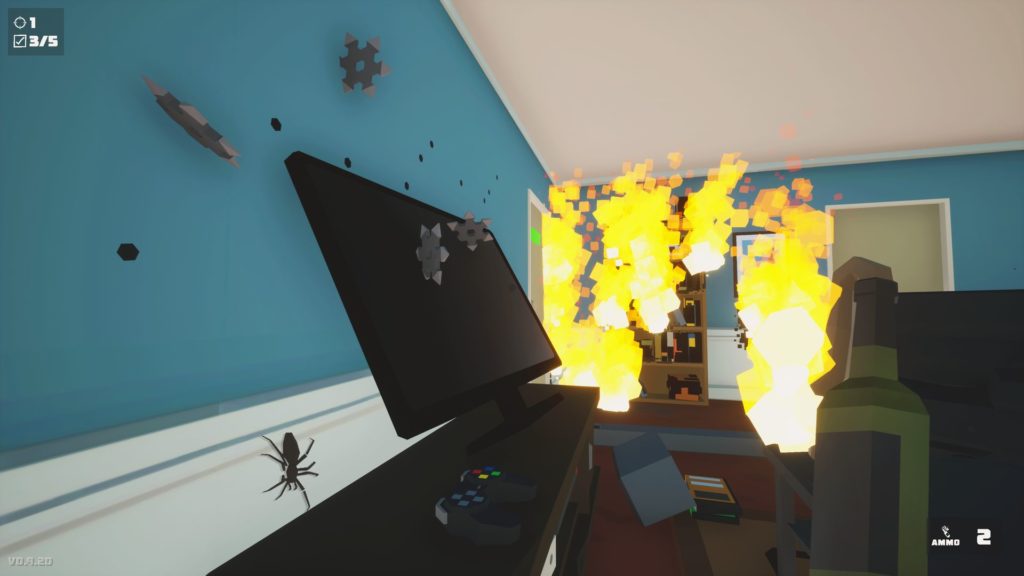 The aim of the game, superficially, is quite simple: just eliminate a certain number of spiders to access the next scenario. In reality we also have a list of objectives and collectibles, which allow you to unlock new weapons and upgrades for the character and the spider-detector. The spider-detector in particular will go from an approximate proximity detector to a sophisticated geo-localization system for eight-legged bastards. The dead spider counter also regulates access to new areas within the level, and once all objectives are completed, the scenario's Spider Gauntlet is unlocked. These are timed challenges with a degree of difficulty that varies between "git gud" and "now I uninstall the game and format the HDD". 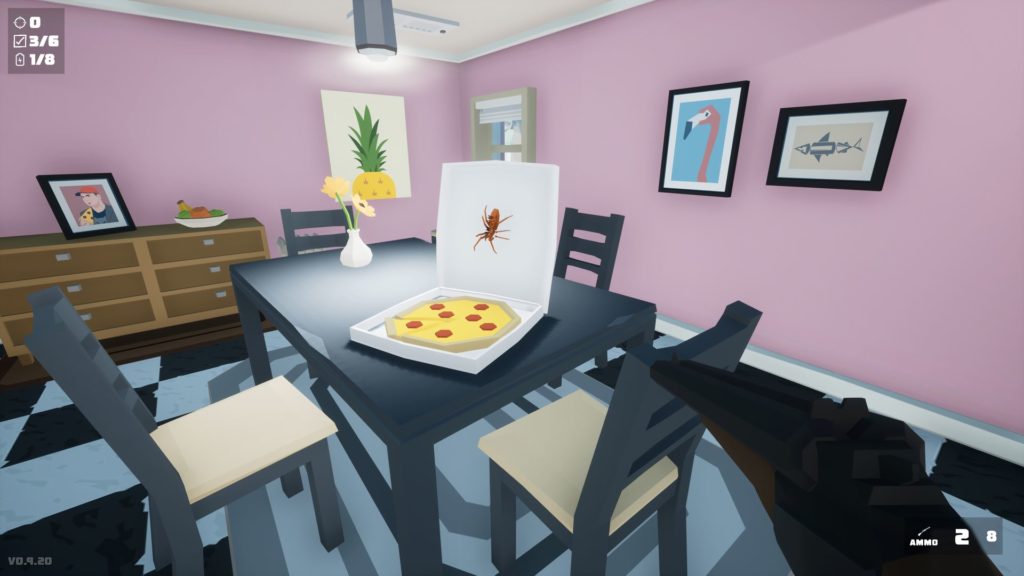 The title is divided into eight scenarios, diversified and well characterized, lasting about 20-30 minutes each. Some environmental "puzzles" are quite fun to solve, others are boring and require no reasoning, just collecting X numbers of Y scattered around. The worst example is in the gas station scenario, where completists will spend hours lugging products into the checkout to find seven worth $ 100 and complete the goal. Ignoring the padding, Kill It With Fire can be finished easily in an afternoon, but gauntlets and objectives increase longevity for those who want to squeeze the maximum 12,50 euros of the title. 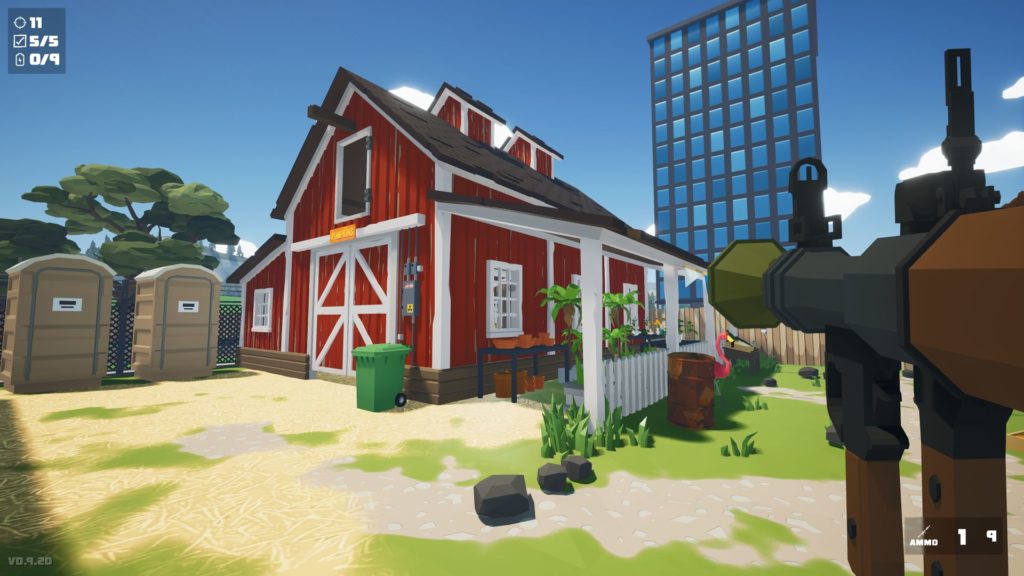 The reality is that, after all, the strength of the game is the feeling of "controlled panic" every time we open a drawer, or turn a stone, or feel a spider scurry under our feet; followed by a desperate attempt to hit an object the size of a peanut with a revolver (the sticky aiming system doesn't help much), and, once the shots are finished, go straight to the purifying flames. Or to the good old pan. In conclusion, a nice indie suitable for all ages, even if the game would best express its potential on VR. Kill It With Fire will be available on Steam from 13 August 2020.

Free is beautiful - The Witcher