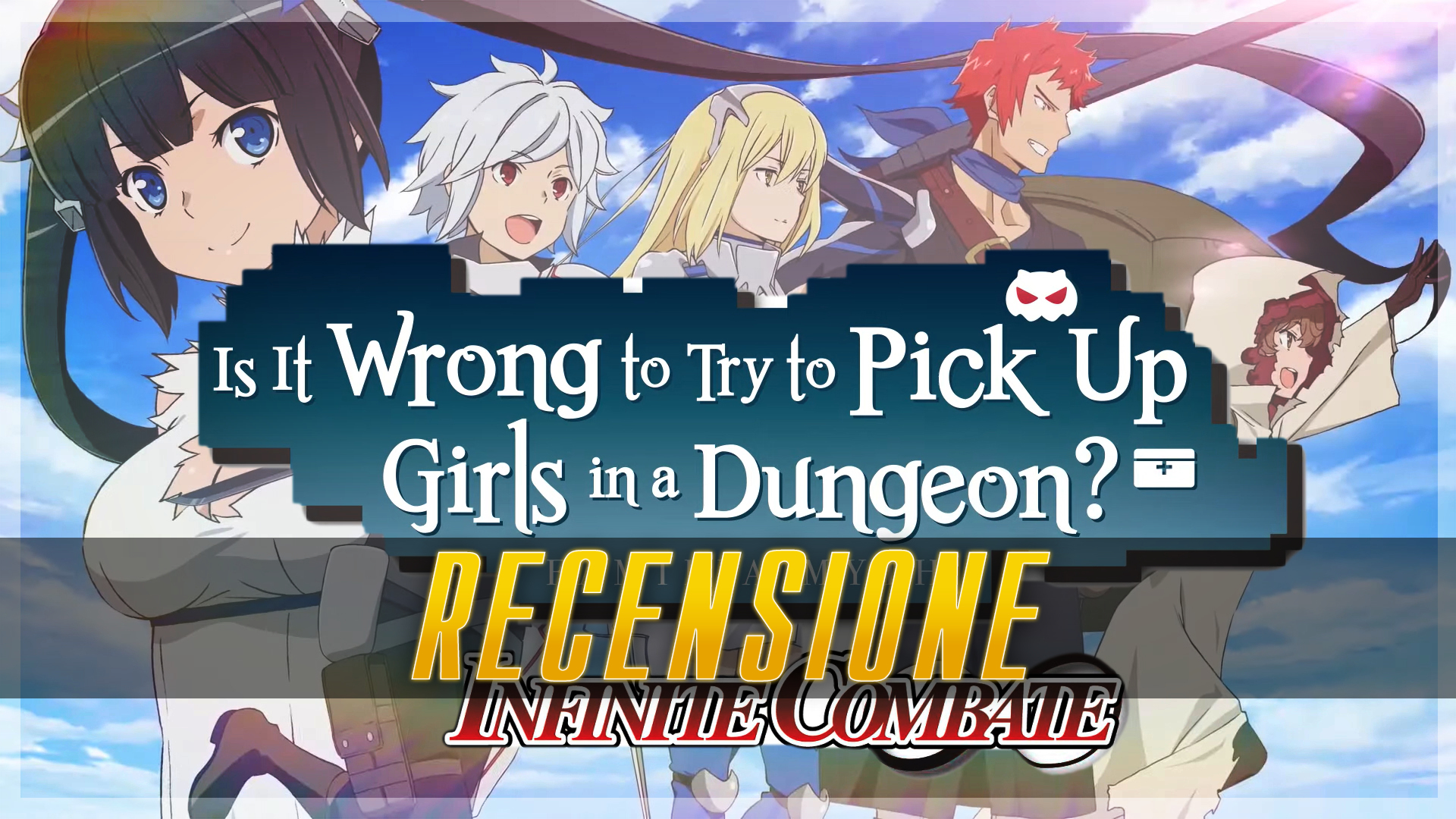 In Is It Wrong to Try to Pick Up Girls in a Dungeon? Infinite Combate the central focus of events are divinity who have decided to get rid of their otherworldly remains to conform to the human world. Within it, they have in fact decided to give life to real guilds, called Family, which other humans can join. Among them, those who receive theirs blessing becomes in effect an adventurer, and gets the chance to join these groups and enjoy the support of these entities. In the game we play two of these adventurers, the inexperienced Bell and the infamous, as well as skilled, Ais. In reality, we find ourselves in the world painted by visual novels, in which going hunting for monsters inside dungeons after accepting quests is not just a choice of game design, but it turns out to be normal. If you've seen the first season of the animated series, you surely know what we're talking about and you shouldn't expect any big surprises. If, on the other hand, you have never approached the original work, the story mode follows faithfully the first season of the anime, so it can be a great opportunity to introduce you to the series. 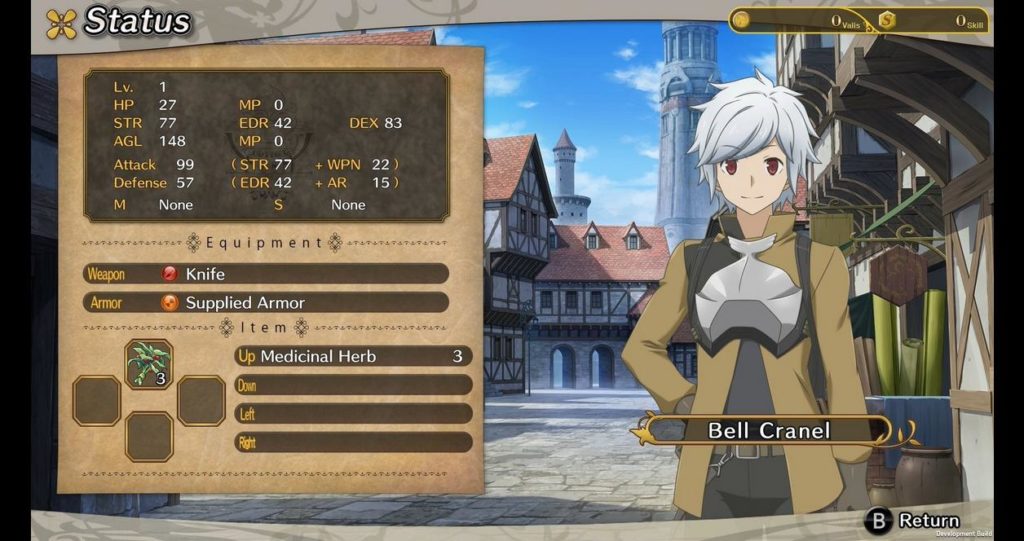 A JRPG, but in its own way

What immediately catches the eye of Is It Wrong to Try to Pick Up Girls in a Dungeon? Infinite Combate is the gameplay that characterizes it. This is a hack and slash similiar with a lot of elements action as much as the characteristics of a classic RPG. But if you want to focus only on combat, just know that it is the same reduced to a minimum. We can first of all move our character and shoot in any direction. We then have a dedicated button light attack, thanks to which it is possible to chain a sequence of moves to create a combo, or opt for a heavy attack via another key. Also, as you progress through the adventure, the ability to launch a magic attack, thus consuming mana. Consumable items can instead be assigned first and then used with the directional arrows. Furthermore, our two protagonists can count on the skills of a maximum of two support companions, which go to form the adventure party. Each of them has a passive ability that lasts for the duration of the quest and an active ability that can be activated at the most opportune moment. Bell and Ais also have their own abilities, which you can unlock and modify as you progress through the adventure. Basically, we are faced with a combat system yes basic, but also funny e rewarding, however simple.

Simplicity of the combat system which, however, must be understood as intuitiveness, and not excessive ease of play. If the mobs of the first quests in fact do not give particular problems, the enemies that you meet later, including the different ones boss fight, they can often give a hard time. All the more so when you consider that, after making a combo, you remain uncovered and vulnerable to enemy hits for a shorter or longer period of time. This suggests that it is not enough to attack repeatedly to get the better of it and indeed you have to carefully dose the shots and weigh carefully. when to dodge. Among other things, it could be safely stated that the true game starts only via the Extra mode, unlockable after completing the main story. Within the same, in fact, we find three procedurally generated dungeons, much more extensive, diversified and deeper than those present in the main story. To accompany them, there are a series of very complex quests, as well as the ability to retrace each level of the story mode at any time. Both Bell and Ais have eight characters to meet, each of which has its own, albeit simplified, background narrative. 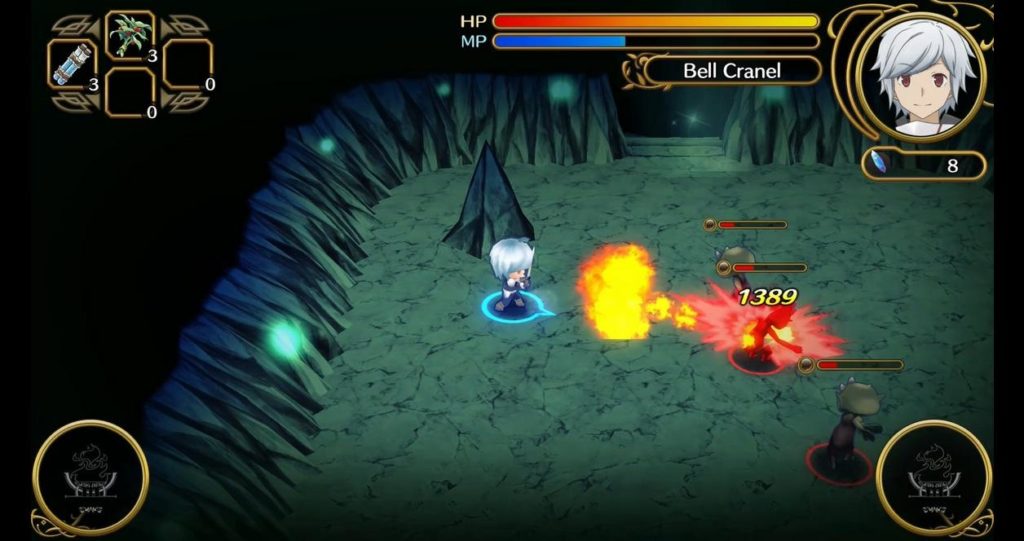 Fighting is not the only prerogative of an adventurer

In addition to combat inside dungeons, in Is It Wrong to Try to Pick Up Girls in a Dungeon? Infinite Combate also affects the progression mode, which is mainly realized through coins and skill point obtainable just by carrying out the different quests inside the dungeons. From the central gaming hub it is indeed possible increase the parameters and the statistics of our two characters, as well as choosing the most suitable equipment and changing the skills that can be used during the fight. Also, thanks to the market and the blacksmith, we can buy new weapons and armor, sell the surplus items, but not only. In fact, yielding determined item obtained in exploring dungeons, are made available new weapons ed equipment. Then there is also the possibility of enchant our armamentarium, infusing in our arsenal a certain element, always using the materials found during the exploration and those dropped on the ground by the enemies. Possibility of customization and progression which therefore are not lacking, and which indeed cover a important incentive to advance in the game, giving a sense of satisfaction not just. 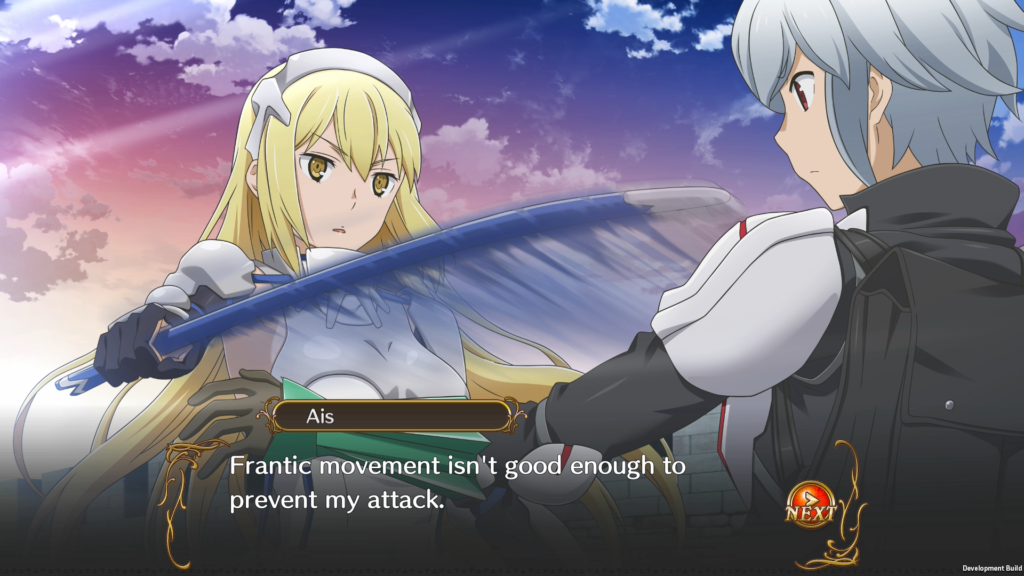 Between technical limits and minimal style

Can't we say that the production of Is It Wrong to Try to Pick Up Girls in a Dungeon? Infinite Combate is not affected by some limits, mainly due to low development costs. It is true that the plot scenes are represented by really well-made illustrations and even the dubbing that accompanies them stands on levels equally high, being made with the original voices of the main work. However, the style excessively minimal which represents in all respects the gaming experience gives back a feeling of immediacy, but at the same time it is something that not everyone could turn a blind eye and postpone. On balance, the impression is that of playing a mobile game or, at most, a title for a portable console. Which isn't necessarily bad either, but playing it on PS4, considering the proposed style, could make some people turn up their noses. In this context, the optimal choice could in my opinion be related to the portable mode of the Nintendo flagship console. 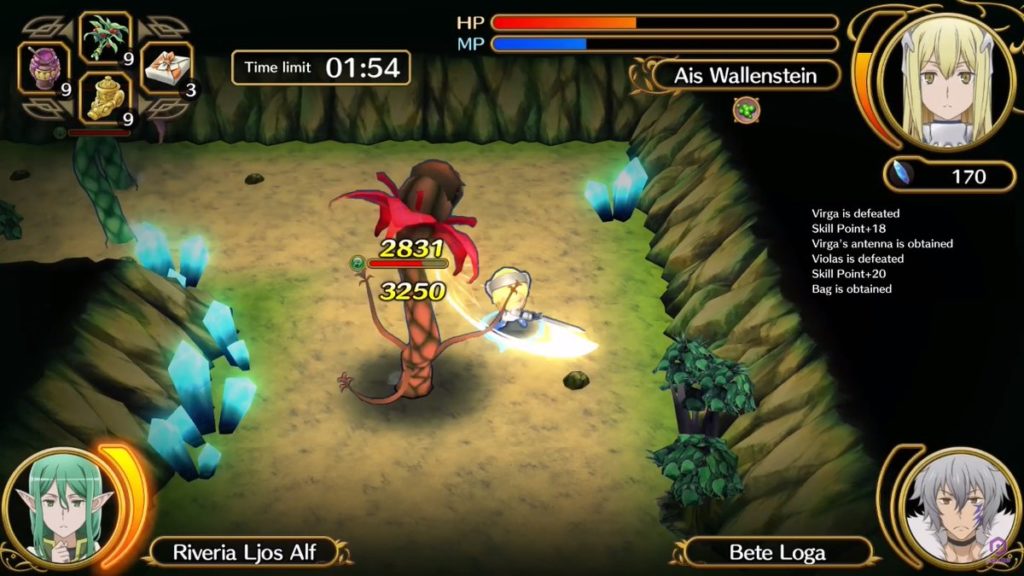 An adaptation that knows how to assert itself

Is It Wrong to Try to Pick Up Girls in a Dungeon? Infinite Combate is a title that, if taken with the right spirit, manages to give an experience validates e funny. However, it offers a very simplified style that, inevitably, may not be able to meet everyone's tastes. The feeling game is rewarding e satisfactory, also and above all for its immediacy and simplicity. But precisely for this reason, the advice is to get the title on Nintendo Switch, since on the fixed console the proposed style could end up being limitingrather than inspiring. Net of these considerations, if you are a lover of the original work or if you want to get closer to the brand of Is It Wrong to Try to Pick Up Girls in a Dungeon? you can consider buying it without hesitation, perhaps waiting for the price to drop. If, on the other hand, you are looking for something slightly more structured and articulated, on this tour you could also save your wallet.

Nintendo Indie World - The most interesting titles of the presentation of ...

Piermatteo Bruno - April 14 2021
The last conference of the Nintendo Indie World has just ended, the appointment that announces all the new titles of the independent panorama coming to Nintendo ...
Animal Crossing

Piermatteo Bruno - April 14 2021
Maisie Wiliams, star of the popular Game of Thrones series, has recently become the official ambassador of H & M's environmental campaign. For the occasion, the actress started ...