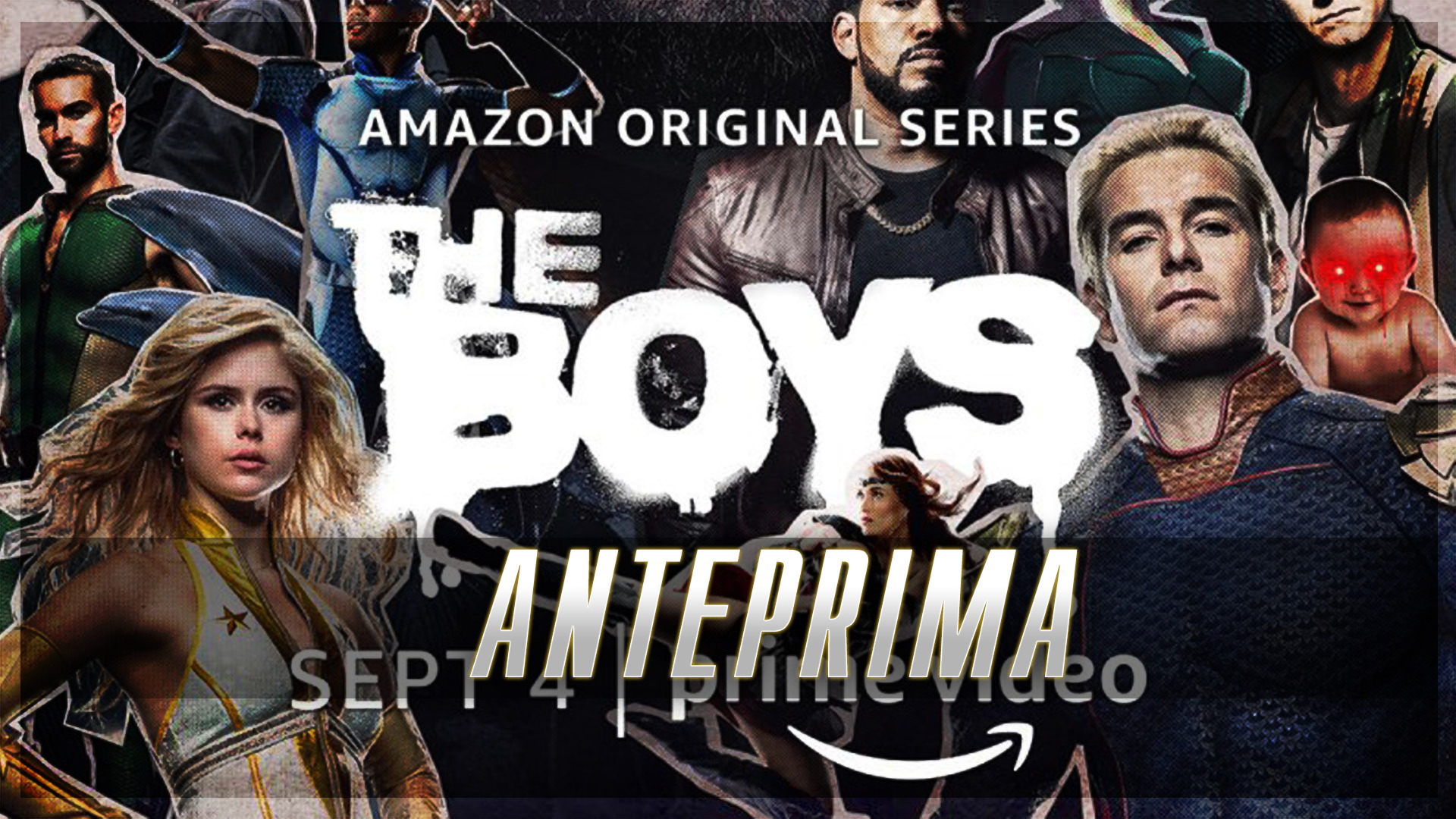 When in 2006 Garth Ennis released his creature in the comic world The Boys, many, including me, they were delighted. A destruction of the clichés of super heroes who instead of focusing on their figure, as Alan Moore did with Watchmen, went to look at the corporations behind their figures. A violent, hard, raw and cathartic work for fans of the comic world of American super heroes.

The world of human artistic production lives on cycles. We focus a lot on the creature-fashion of the moment, up to perfecting it in all its forms. When a saturation point is reached, someone will try to destroy it, to take its fixed points and eliminate them or to rewrite them from a different point of view. It is therefore almost by chance that our life has been flooded with super heroes in the form of the now mammoth Marvel Cinematic Universe, today a bit breathless due to the postponements due to the Covid-19 pandemic. It was destined for The Boys to return to do with the world of live action what they have already done for print.

Instead of slavishly copying the comic, the The Boys series, built by Seth Rogers, Evan Goldberg and Erik Kripke with the funds of dad Bezos, is a skilful re-adaptation of paper themes to the world of 2020, even more in love with megacorporations and social media than it was 14 years ago. With an excellent final result, I would add.

Like any self-respecting good season, the finale of the first of The Boys shuffled all the cards on the table, leaving the viewer with mouth watering for the second course. The radical change with respect to the material of inspiration for comic fans sent to that country all possible plans and theories: for the new followers it was “simply a good twist”. I was able to preview the first three episodes of the second season to see if the hype is real or not.

One thing I really enjoyed about The Boys season XNUMX is how it doesn't waste much time getting into the interesting part. Each episode was useful. The second comes with the same high pace: the status quo is evaluated and updated very quickly and in the first 3 episodes many of those things happen, that other sagas would have held up an entire second season only on these events.

The most important change is the one that occurs within the Vought structure. Both the administration and the roster of super heroes need new figures. Homelander receives two characters to confront, which replace Madelhyne Stillwell as a counter-altar. Stan Edgar, the CEO of Vought, is a figure that is hardly intimidated and of great presence, thanks to the interpretation of Giancarlo Esposito, and it's a great wall Homelander can hit.

In the group of super heroes instead Stormfront (Aya Cash) turns out to be interesting, as he is the only hero who has no particular filters. She is not afraid to confront anyone and immediately her liveliness and boldness puts her in contrast with Homelander. The skill of Anthony Starr in interpreting it is still undisputed and still has a tendency to steal every scene where it is present.

Even the dynamics between The Boys have a rearrangement of character that gives them a new depth, especially in their new role as wanted officers and therefore fugitives from everything and everyone. Violence, profanity, cruelty remained and did not decrease in the slightest: all the elements that made season one disruptive return. Some secondary characters will amaze you, or at least, I hope they like how much I liked them and the twists are not lacking to keep the spectator amazed.

I can't wait to be able to put my hand to the complete series. As I remind you, this time it will be released in the following way: on September 4th you will be able to see the first three episodes, and every week on Friday a new episode will be released at a time until October 9th, bringing the second season to 8 episodes total. If the rest of the material remains on the level of these early episodes, it can be said that lightning strikes twice in the same spot, and having Stormfront on the team, it also seems logical to me.