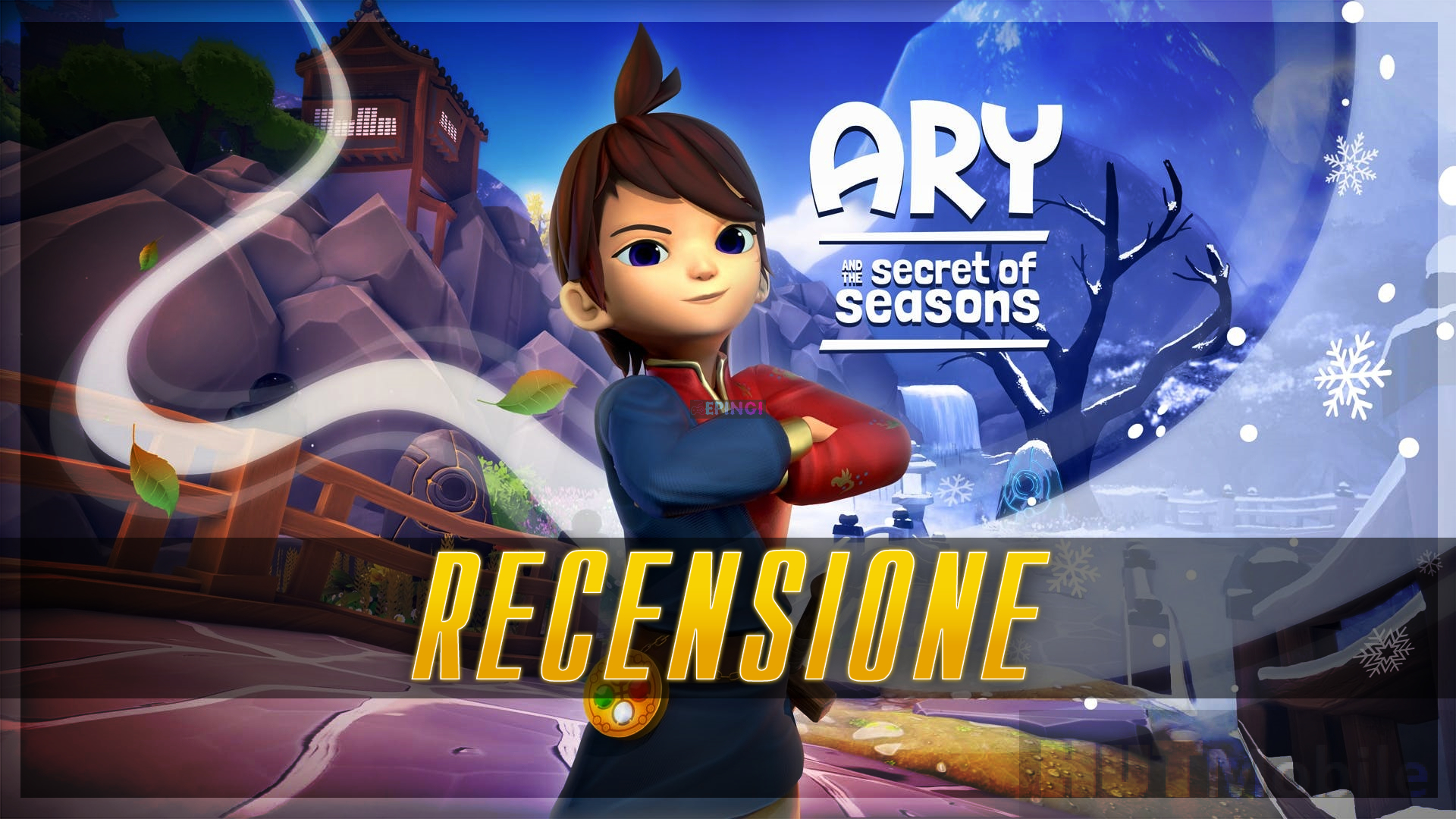 After you have it spoken in the preview, let's go back to Ary and the Secret of Season for the FINAL JUDGMENT!

And I'll start by talking about a central element in framing the experience of Ary and The Secret of Seasons: its duration. I was able to complete the game in 7 hours. This is a very compact Zelda adventure with no filler elements that goes straight to the point. That can be finished in a single day.

History the somewhat stereotyped way begins and proceeds: the world of Valdi has its balance of the seasons in chaos due to an unknown force. The young daughter of the guardian of winter takes in her hands the task of bringing everything back to normal and on the journey she meets the owners Guardians of Time and a few other important characters, who have the task of providing information and guiding the progress of the quest. Some people can get a smile from you, but the humor is usually quite childish.

Then, towards the end, the game begins to introduce quite interesting themes and elements and also some twists which for a novice player could hit the mark. I've honestly had a huge jump in interest and I want a sequel. Like now. However, there remains a hint of "unfinished" or "unexplored": there would have been room for many more dialogues and more complex scenes, to keep the story standing in a more full-bodied way. Instead, everything is resolved quickly and in a somewhat buggy way, with abrupt transitions and a direction that is not always on the piece.

The most successful are the dungeons and solving puzzles. Primarily because Ary and the Secret of Season soon provides the player with all the tools to be able to manipulate the environment. There remains the tradition of finding a specific object for each single dungeon, which is at the center of solving the puzzles, but it is perceived as an addition and not as an essential skill that is given to the protagonist, making everything more organic.

The dungeons are unmap and unmarked, but they are linear. How to proceed is almost always clear and the focus is on solving the various puzzle rooms. Understanding how your abilities to alter the environment work and combine them to solve puzzles always gives satisfaction: it is a gaming loop that when well balanced gives us a lot of estimates in ourselves and in our abilities. The game is also not invasive. There are no clues, there are no hints everywhere, so the player moves on by intuition, experimentation and experience.

Having years of videogame experience behind me, I have never had a moment of block, but if I think back to the younger me and his first approaches to Zelda ... well Ary and the Secret of Season should be a challenge for those who approach for the first time in titles of this type.

The side where I had the most doubts was that of combat, due to the high input lag in the trial version. In the final code, the problem no longer arose, with fights that were more fluid to the touch than previously. The moveset you have at the beginning of the game accompanies you to the end, with just a few mathematical upgrades to damage and attack speed, and the fights never evolve into really interesting situations, also because the system is very basic.

In 7 hours you can travel between different locations, all discreetly characterized. If the game world is a little flat and uninspired, dungeons have a more pronounced personality. The only disappointment I have with the production is how the NPCs have received much less treatment than the main characters: it's normal practice, but here it jumps a little too much to the eye.

The game was tested on PC and remains a Unity game, therefore prone to abnormal behavior. With framerate freezing at 60fps, the game performs very well, but if left free it can stress the computer too much, ending up with worse performance than having a framerate limit. That said, it shouldn't have a hard time running on a wide variety of machines.

Ary and the Secret of Season is a good entry point into the adventure genre for less accustomed and younger players. For us veterans it's more of a quick diversion between one main course and another. There is an undisputed charm, the dungeons are well done and the lore supports possible future ups and downs, which I hope will come.

Di Sarno Raffaele - 28 September 2022
There is now less than a week to go until the official launch of Overwatch 2, the free-to-play title coming on October 4th that will be renewed ...

Mario Party: The Top 100, when a long time is not enough