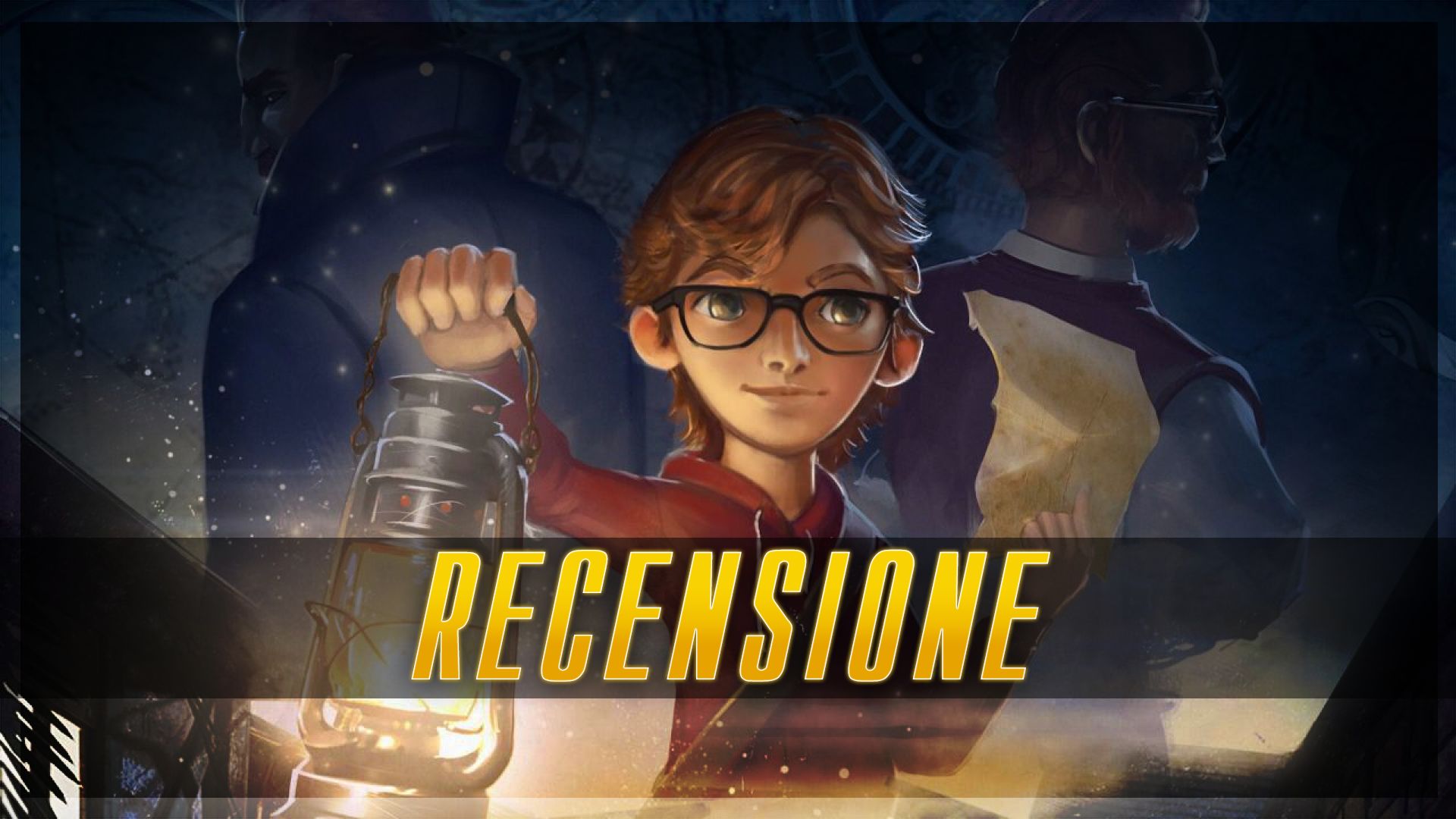 Willy morgan and the curse of bone town and the second title distributed by the publisher VLG and developed by Italian team ImaginaryLab. The video game is a 'classic point and click adventure that combines a fantasy world with a pirate theme and to the modern world around us. At first glance I'm sure the classic graphic adventures of LucasArts will fall into your mind.

The plot sees the teenager Willy Morgan in search of the truth about the mystery concerning the disappearance of his father, which happened about ten years before the events of the timeline.
Willy therefore finds himself looking for him, also thanks to the help of a letter delivered, in Bone Town, a picturesque and not too inhabited pirate village that seems to belong to a bygone era. To look for more details and reconstruct what happened, Willy is then forced to talk to the various inhabitants and live a fascinating adventure on the island.

As this is a point and click graphic adventure, probably any player would think that the actions available to you are limited. This is partly true, but in Willy Morgan and the Curse of Bone Town the player has the opportunity to "visit" the city of Bone Town (to tell the truth not really great) with the opportunity to be able to interact with characters or objects in the game. I particularly liked how the developers decided to put some funny phrases to discuss with NPCs, which in some ways recall those that could be found in Monkey Island - perhaps these sensations, however, are also due to Bone Town, a pirate city clearly inspired by the aforementioned work - and with such sentences that have been entirely dubbed in English. I believe it was one found it very clever because in one fell swoop, despite the fact that the work was created by a completely Italian team, the game is available in the universal language: English. Those who are not Anglophone and do not chew English well can however reassure themselves immediately: even if the dubbing remains entirely in English, the localization in Italian is present. To be able to use it, simply select it from the initial settings and then be able to play with our language.

Among activities featured within Willy Morgan and the Curse of Bone Town, what we find ourselves performing most frequently is argue with the characters present in the world, look for objects e clues around the map, help the characters present (or distract them with something) in order to then look for some further clue. We often find ourselves repeating these actions in a loop, but in a point and click adventure these events are quite inevitable clichés. However, the mechanics are placed in coherent contexts and understanding which objects to use or combine in certain situations could put a lot of spanner in the works for those who don't usually play games of this genre. Nothing impossible, mind you, but it could still bring some difficulties.

One of the aspects that I found very pleasant and fun, beyond the aforementioned nice interactions with the characters, is certainly a factor that is not negligible and obvious: the love of the developers in inserting several easter eggs into their title scattered throughout the island. Trust me: find numerous recognizable objects in today's pop culture it can give pleasant sensations. Rest assured, I will not spoil you what you can find, but the only "clue" I can give you is that you may also recognize some elements attributable to Marvel (and not only).

Unfortunately thethe only discordant note is the longevity: in about 3 hours (especially for those who are particularly used to this genre of games) it is possible to conclude the title without too many problems, as the plot and the surrounding events are quite linear and, in some respects, predictable.

My love for point-and-click games, which has long since faded, as it's so rare to find similar titles, has been magically rekindled thanks to Willy Morgan and the Curse of Bone Town. Although the story proceeds fairly linearly, hor found the gameplay interesting and captivating. The plot unlocked the determination in me to continue playing in a row, until the solution of the mystery that binds Willy to Bone Town. Although perhaps several years have passed since the last point and click you tried, I would like to recommend you this Italian graphic adventure that you can currently find on Steam (or alternatively on GOG Galaxy) at price of 19,90 euro.