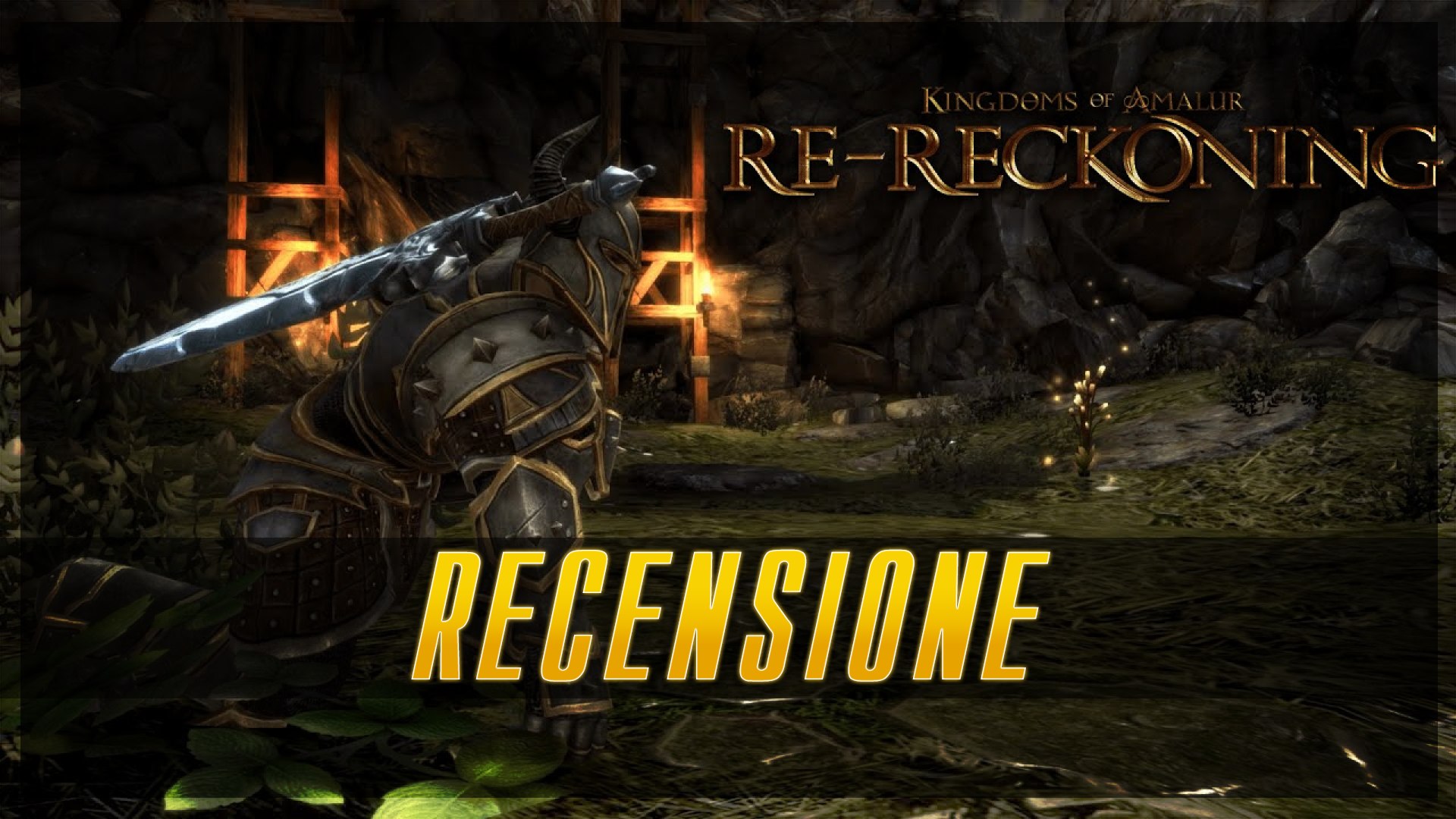 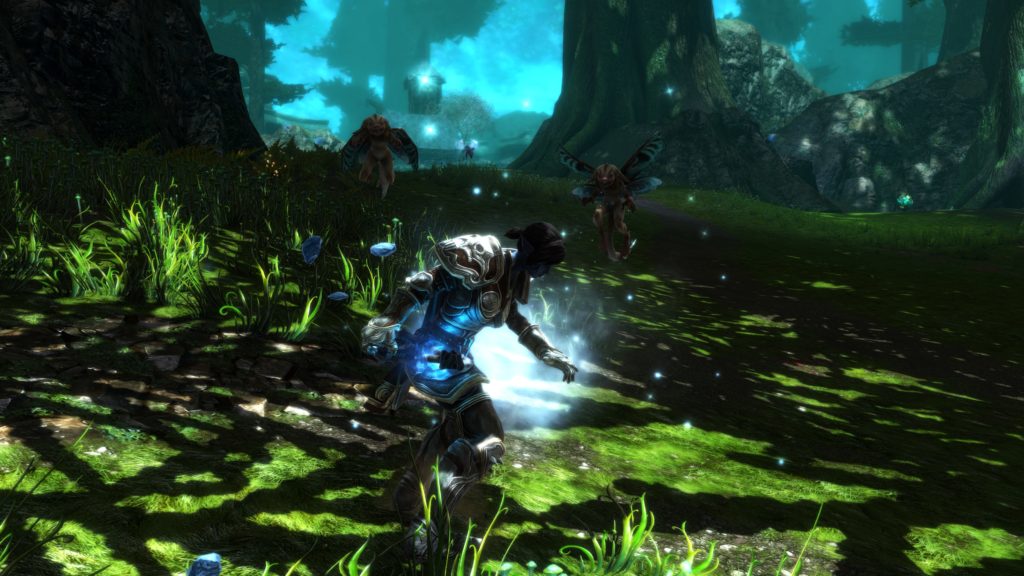 In the late 2000s, a freshly retired Anchorage baseball player decides to enter the world of video games. He is already a fan of Everquest, As well as of World of Warcraft, and his secret dream is to make his own fantasy title. So he founded a software house, complete with a name inspired by his jersey number; recruits some of the best professionals available and sets up an MMORPG project, anticipated with a high-quality prequel to be played in single player to serve as an introduction to the game's ambitious lore. This is how it was born Kingdoms of Amalur: Reckoning.

Yes, it's true, this story seems rather odd, almost with the contours of a joke, but in addition to being extremely curious it is also equally true. The subject in question is Curt schilling, three-time World Series winner who just hung up his Boston Red Sox jacket and threw himself headlong into the videogame world by founding Green Monster Games, later renamed in 38 Studios. The goal is to achieve Copernicus, a new online RPG accompanied by a single-player prequel and, it must be said, does almost everything right: it assigns the drafting of the game world lore to RA Salvatore, one of the most prolific fantasy writers ever, and entrusts the artistic sector to none other than a certain Todd McFarlane. At the head of the project, always in order not to make mistakes, he puts Mark Nelson e Ken Rolston of Big Huge Games, two of the main makers of titles such as Morrowind e Oblivion. The result, however, is not what was hoped for because the game makes a hole in the water, Copernicus is canceled and the software house closes. But the product is valid. It doesn't sell much, but the relatively few who play it recognize its undisputed value as a misunderstood pearl. And he knows it too THQ Nordic, who a few years later buys the rights, decides to redo his makeup and propose it to the general public. It's 2020 and it's time for a second chance. Goes out Kingdoms of Amalur: Re-Reckoning. 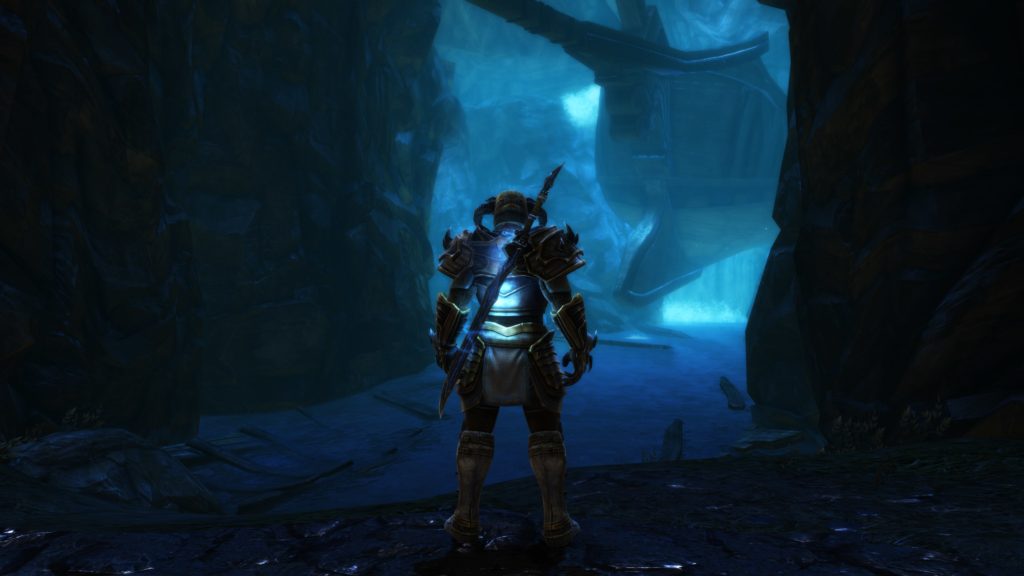 After eight years it's time to go back to Faelandia, kingdom of Amalur, a land populated by the immortal Fae, divided into Court of the Sun and Court of Frost, as well as by some mortal tribes of humans and elves. This is where our protagonist, also mortal, enters the scene, who died before the beginning of the story and brought back to life by the scientist gnome Fomorous Hugues. We are reborn as a "Without fatigue", a singular anomaly in a world that cyclically relives the same events again and again, in an immortal loop to be repeated without end. We are the opportunity, for everyone, to rewrite history and change, thanks to our actions, a destiny already marked. The concrete possibility of finally having the better of the Tuatha, dissident fringe of the Court of Frost that threatens the kingdom.

The synopsis is quite interesting and takes place in an undoubtedly fascinating location. The lands of Faelandia are a world alive and very inspired, which offers cities, architectures, civilizations and biomes that are always different, but perfectly set in a game world perhaps a bit classic but absolutely well done. A world to admire, which certainly benefits from the improvements made with this remastered. This, albeit without major changes, refines the technical sector of the game by giving a bit of luster to the aged textures and adding support for 4K. The glance remains that of a title that shows all the years it has, if not maybe more, but the work done by Kaiko (to which THQ has assigned this new version), makes it more pleasant and appropriate for an RPG that comes anyway proposed in 2020 even with the aim of expanding.

The role-playing sector was the flagship of the production and even with almost a decade on its shoulders it still proves to be pleasantly unique in its kind. The structure of Kingdoms of Amalur is in fact rather atypical and differs from that of the more classic role-playing games. Starting from three simple basic statistics (Strength, Dexterity and Magic), the player can indulge in distributing his points on the branches corresponding to each of them, thus defining the destiny of his hero. The skill trees, however, have a rather anomalous shape for a title of this type and appear much more inspired by those of an action than a classic genre title. Therefore, the points spent unlock new skills and new moves to be chained into powerful combos rather than simply providing a mere statistical progress of the character. The result is a hybrid structure and all in all well thought out, which goes to support a combat system that at the time tried to put together the best parts of different concepts, with the aim of bringing something fresh to a world, that of RPGs, which he showed his side just in the phases when it came time to lead hands (Skyrim was the most significant example). Schilling's idea was to create a title that mixed the style of God of War with that of The Elder Scrolls: Oblivion, an RPG with all the most classic features that could be played like the original Kratos saga.. Ultimately a rather successful experiment, with hack 'n' slash gameplay that winks at the works of Santa Monica and offers moments of sincere fun, especially thanks to the mechanics of the "Reckoning" which allows you to slow down time and perform in deadly and bloody finisher. Here, too, the work of the Kaikos is light and minimally invasive, careful not to excessively modify something that basically works and also well. For this reason, the structural changes are limited simply to the addition of a very hard mode and to a general rebalancing of the difficulty levels of the various areas, with relative measures applied to the loot system. Simple retouches, designed to fix the small smudges of a very solid product overall. 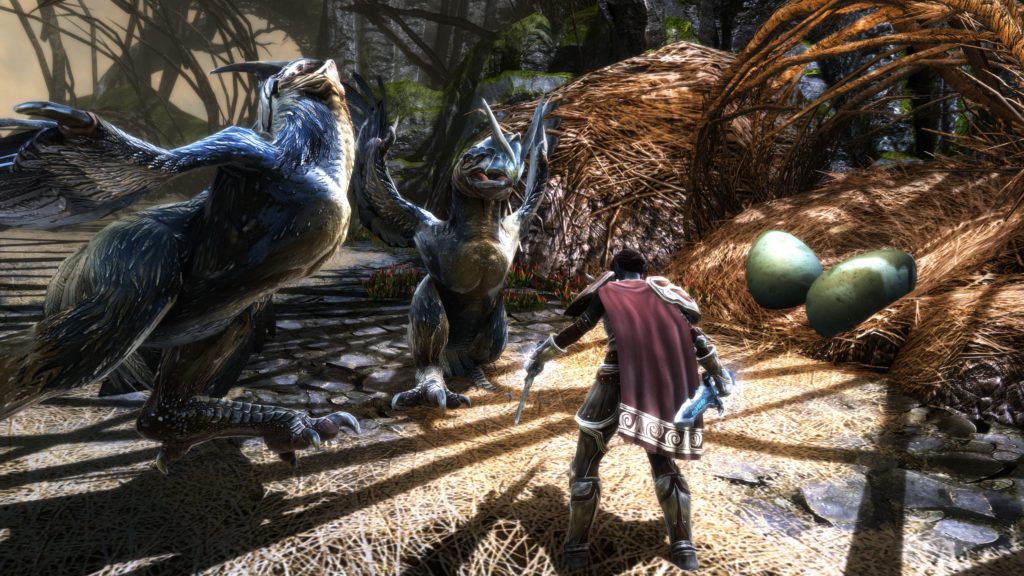 Kingdoms of Amalur: Re-Reckoning tries to restore luster to a very valid game that many, perhaps too many, have neglected at the time of its original release. A fun RPG, well packaged and expertly narrated, with all the potential to become a sacred monster of the genre, which was however doomed to oblivion by a first impact perhaps too similar to that of a title of the early 2000s (in a world which was still finishing the first run of Skyrim ...) and, above all, by a marketing management at least questionable. A commercial but not artistic failure, which certainly deserved a better fate. THQ Nordic gives him a light facelift session and a ticket for an undoubtedly deserved second chance, with the aim of reviving the brand and bringing it to the splendor it would have deserved already in 2012. The operation required a slight renovation and Kingdoms of Amalur: Re-Reckoning fully fulfills this function, allowing you to rediscover the world of Faelandia in all its beauty and completeness. In fact, this edition immediately contains the two DLCs, The Legend of Dead Kel e Teeth of Naros and is the basis for a continuation of the story scheduled for 2021, with the arrival of the unprecedented expansion Fatesworn. This remastered represents an absolutely unmissable opportunity for all RPG lovers: to (re) get their hands on a real pearl that was passed almost unnoticed at the time, with the hope that, in a similar way to what happens in the game world , his destiny is rewritten.

GamerOS - The Linux plug and play distro is coming