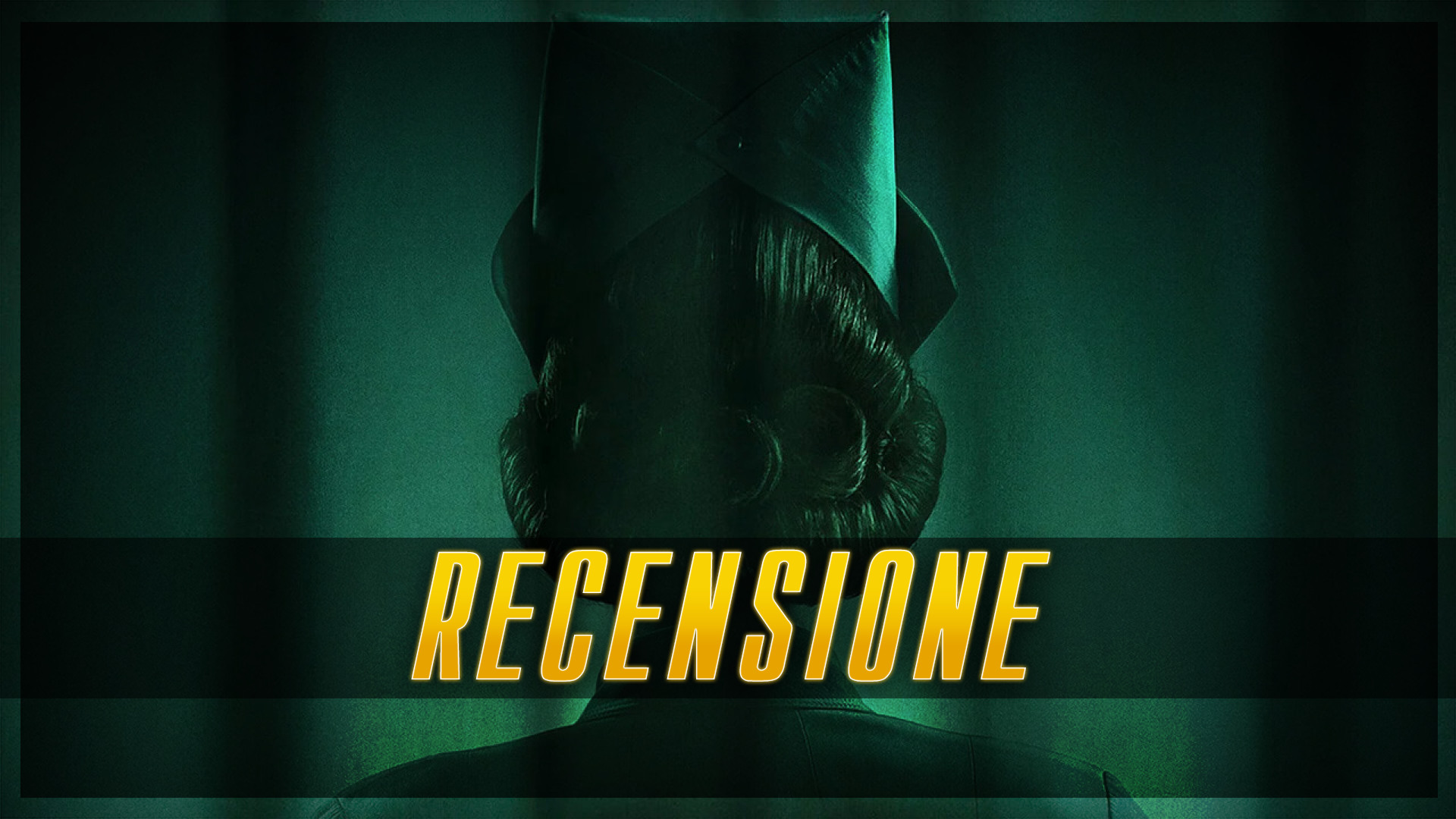 Ratched is Ryan Murphy's latest production, the mind (and the money) already behind American Horror Story, Pose and Nip / Tuck. The author's association with Netflix continues, which will distribute the miniseries inspired - approximately - by “One flew over the cuckoo's nest” starting from 18 September.

Ratched opens on a congregation of priests in the middle of a dinner and willing to go to the cinema as soon as they finish. One of the four accuses a severe cold and would prefer to stay in bed with care. In reality, as soon as he is alone he sings into the room to furiously masturbate on a catalog of underwear that covers 90% of the body (it is still 1947). But God sees and provides: the sinner is promptly distracted by a series of knocks on the front door, runs downstairs to open the door and is faced with a well-dressed man asking him to use the phone to call a mechanic, given that his car broke down a few hundred meters away. Like a good Christian, the priest makes him sit down, even offering him the leftovers from dinner to feed himself. But God is very angry, and it's still a Ryan Murphy series, then if Finn Wittrock is on the scene, someone must die, even more than some. Returning from the cinema, the three priests find themselves in front of a horrible spectacle, but which is nothing compared to what is yet to come. After having smeared the toilet with the face of one of the three, the young man turns directly to the monsignor of the brotherhood, and reveals to him that he is Edmund Tolleson, the son of a nun whom he had raped years earlier, expelled from the convent and finally died of an overdose in the brothel where he worked as a prostitute. And here is the first real twist, because contrary to expectations it is a priest who is sodomized. Precisely the monsignor, who gets a blade between his ribs and a rod where the sun does not shine, on several occasions, while the only survivor stares at them in disbelief under the bed, probably re-evaluating many of his life choices.

After this slaughter we know the real protagonist of Ratched: Sarah Pauls ... er, Mildred Ratched, played by Sarah Paulson, a seasoned nurse who intends to be hired in a psychiatric clinic in California where, by pure coincidence, Tolleson is also being interned. During the interview with Dr. Hanover (Jon Jon Briones) Pauls ... er, the nurse boasts that she has dealt with completely burned soldiers, both physically and in the head, who would have raped her at the first opportunity, but being forced to bed or in chains were limited to throwing feces and sperm. The doctor is strongly impressed with her qualifications and therefore, although not immediately, decides to hire her.

In short, there were all the conditions for a new season of American Horror Story, except for one small detail, namely that the series is called Ratched, and not American Horror Story. A choice in my opinion at least curious, perhaps due to contractual constraints or excess of ideas (or perhaps because they had already set a season in a psychiatric hospital) for the show that has now consolidated as a pillar of the American pulp, with that unmistakable campy style and always over the top. All elements that we also find in this series, with the subtle difference that it seems decidedly willing to be taken seriously.

From the first look at the clinic we immediately understand that they have done everything to make it the anti-Briarcliff: instead of the classic look of a criminal asylum we are faced with open spaces, pastel tones, colorful wallpaper, all things that really contribute to making it a serene environment, albeit kitschy and non-threatening. The difference is also substantial as regards the staff members, whose only fault seems to have been born before psychiatry took its very first steps and therefore remove pieces of the brain from those who suffered from "melancholy" or worse from "lesbianism" it was the practice. There are no obsessed sadists who torture and mutilate patients motivated by religious fanaticism, but only nurses and doctors who torture and mutilate patients in the name of a pseudoscience spread in a historical moment that we all prefer to pretend never happened (the Nobel foundation never collected the prize awarded to the inventor of the lobotomy).

Ratched's production level is obviously high, not that anyone expected less from the Netflix + Murphy combo, but for some reason audio mixing leaves something to be desired and what we could generously call a soundtrack all too often covers ambient sounds or even dialogue. Direction tends not to be too noticeable, except when occasionally you decide to send the diegesis to the cow by saturating the green and reproducing what appears to be the THX dolby surround test, by far the most terrifying thing of the whole series. Some editing choices are perplexing, with jumps that are difficult to justify, if not with the lack of shots with which to fill the holes.

The cast is very respectable, no performance exactly noteworthy but not even anything embarrassing. Almost nothing. The two protagonists Mildred Ratched and Edmund Tolleson are played discreetly by Sarah Paulson and Finn Wittrock, the problem is that, as Tim Burton taught us, it is not always a good idea to work for years with the same actors, because they risk being reduced to a parody of themselves. Excellent performances by Jon Jon Briones and Judy Davis, who respectively play the director of the clinic, Richard Hanover, and the head nurse, Betsy Bucket, linked by a sort of love / hate. In the sense that she loves him and he hates her.

Noteworthy is the presence of Sharon Stone, in a part that clearly should have been Jessica Lange. It is basically useless to describe the story or characters to anyone familiar with the authors' work, but someone in bad faith might say they are written with a trowel, taking childhood traumas from the cement mixer and slapping them on them until there is no longer a silhouette. Added to this is Murphy's welcome (yes?) Habit of killing characters who have fulfilled their narrative function, or who doesn't know how to close otherwise. At the same time, those who still have something to do could eat cyanide in handfuls and nothing would happen to them anyway.

As the wittiest will have understood, for me Ratched is essentially the same as American Horror Story, but what little the two differ is exactly what made the latter such a perfect guilty pleasure. Even the recurrence of the cast between one season and another did not damage the suspension of disbelief, rather it added that sense of family reunion, helping to transform a series that has been going on for a decade into a sort of ritual, clike a Christmas play, but that doesn't make you want to gouge out your eyes with an awl. Ditching the supernatural, an excellent stopgap / plot driver for this kind of show, in favor of a verisimilitude that adds nothing to the whole seems like a bizarre choice at least. Moreover, it is done by pursuing a literary pretext which, quite frankly, is absolutely laughable, if not offensive. It must be said that the series addresses some important issues, such as the affirmation of homosexual identity, which could be disturbing for the edgelords who have not yet digested The Last of Us 2.