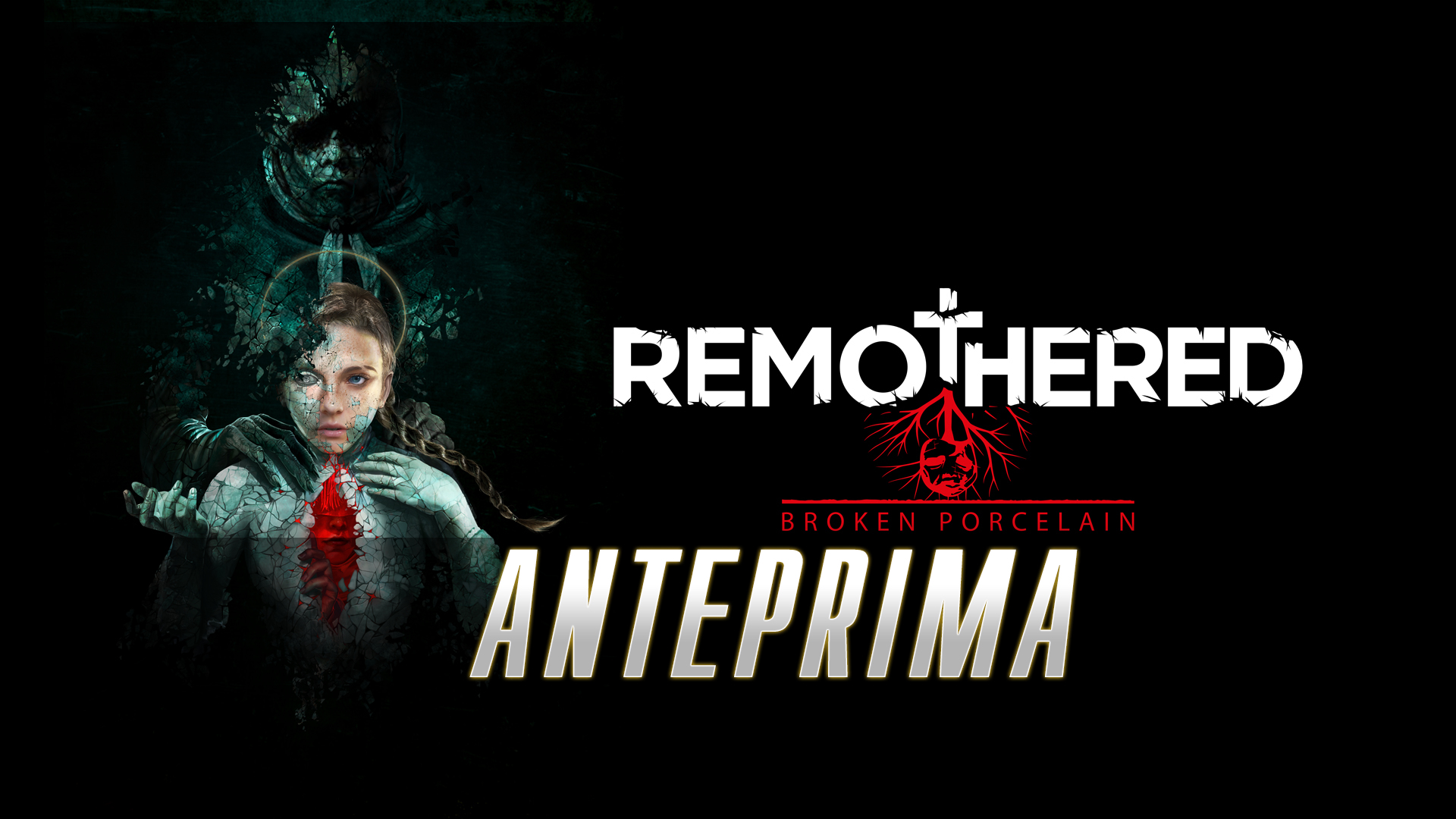 Stormind Games, led by Chris Darril, has been able to achieve a much more than moderate success thanks to her Remothered: Tormented Fathers, and is preparing to release the second chapter of the trilogy October 20, 2020. Remothered: Broken Porcelain presents itself as a direct sequel to the 2018 title, but playing with the chronology of events and shuffling, in part, the cards on the table to show us new perspectives and points of view. This Broken Porcelain demo focuses on the XNUMX-year-old Jennifer (a name closely linked to the events of the first chapter), forced to work as a waitress and maid in the Italian hotel Ashmann Inn. From his perspective, the player can notice new elements belonging to the first chapter but the team has ensured that even those who have not played Tormented Fathers can fully enjoy the experience of the game, and although Broken Porcelain is in short a sequel set in the same narrative universe. and connected by some very important characters, the story is not dependent on past events and aims to build an identity of its own. In any case, the game offers a brief but clear recap of the main story and offers the minimum smattering needed to grasp some more meaningful aspects of Broken Porcelain. Stormind Games' survival horror seeks to offer an expansion of the mechanics of its predecessor, as well as an atmospheric new story. This first taste after the now distant Gamescom last year, it offers a pretty clear picture of what to expect from this grim new chapter.

Remothered: Broken Porcelain plays the role of a fairly standard survival horror, which tries to juggle ancient and modern to offer an experience with a not completely new but certainly captivating flavor. In the first two hours of the game we immediately experience moments in which the tension is very high, but at the same time we are given the first information on the characters and relationships that bind them, as well as the setting and the historical and cultural context in which the story is told. The identity of the title is well recognizable right away e Jennifer turns out to be a credible and interesting protagonist, despite being introduced quite simply. Expelled from a girls' boarding school, she finds herself together with other problematic girls working in the charming hotel of the Ashmann family, under the tutelage of Andrea, in charge of the employees of the structure. It is clear right away that Andrea does not have great sympathy for Jennifer and the other girls and, above all, does not approve of the role that the hotel manager has entrusted to her, that is, to occupy them. The relationship itself between the insubordinate teenagers appears to be rather stormy and complicated, but just as some development on one of these conflicting relationships begins to be glimpsed, horror takes over. In fact, something dark seems to control Andrea, no longer simply exasperated by the insolence that she sees in young women but totally transfigured into a puppet moved by anger and thirst for blood. The player therefore finds himself alone and without holds against an apparently implacable pursuer, stuck between the coils of the hotel. 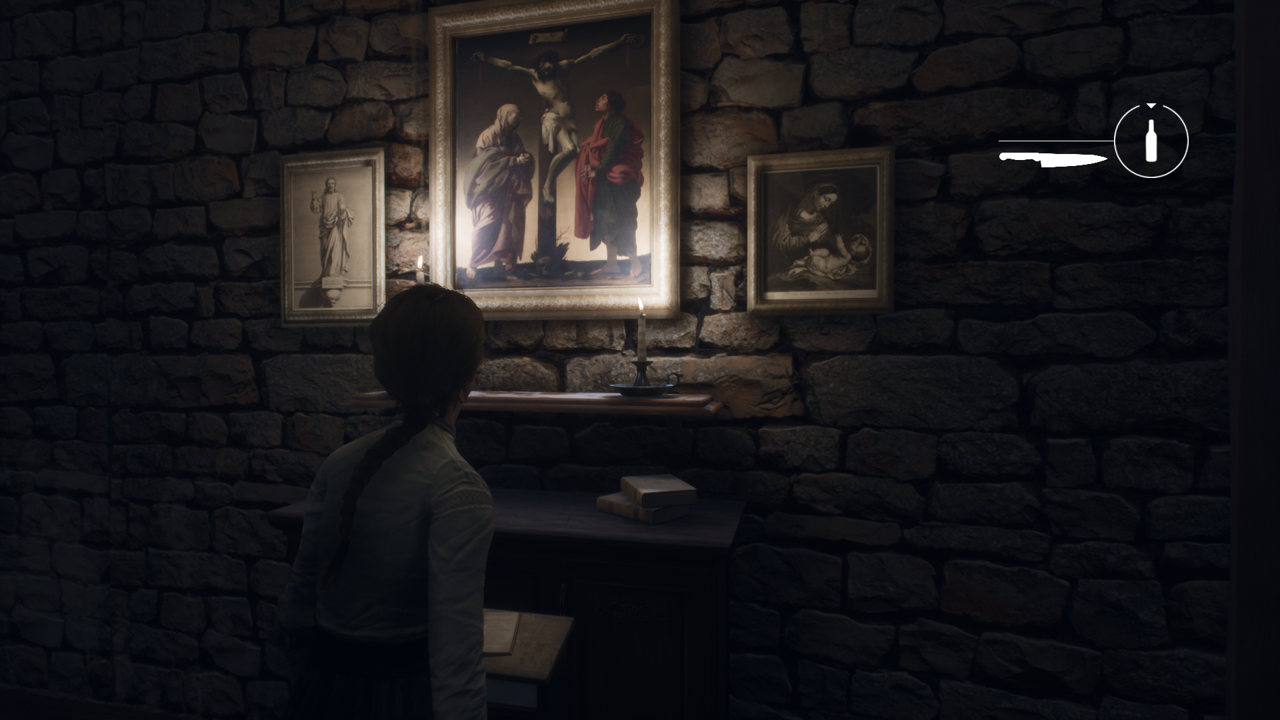 Just like in the progenitor of the series, Remothered: Broken Porcelain puts the player at the center of exploratory phases and puzzle sections punctuated by the escape from enemies at our heels. We cannot defeat them, just slow them down or sidetrack them with distracting objects or makeshift weapons to be used as a last resort to avoid certain death. Conceptually, this design choice works well, as it puts us (in a way not unlike other titles of the genre such as Alien Isolation) a series of monsters, always lurking, against which one feels constantly powerless, in a perennial state of discomfort. and tension that drives us to think, act quickly and always move with caution in resolving the obstacles placed in front of us. Unfortunately this mechanism does not always work properly considering some factors that, in the end, to date partially undermine the experience.

On so many occasions the camera goes crazy in the most agitated situations and escaping the clutches of enemies is more difficult than expected; just as the routines that the enemy AI decides to follow are not always clear and sometimes we find ourselves face to face with our executioners without having been able to foresee their arrival. The impossibility of getting rid of it definitively is absolutely consistent with the direction of the product but it can be a little repetitive and in some cases frustrating, in short, dampening the excellent atmosphere that the game can offer. Furthermore, some of the steps proposed by the team to progress in the development of this demo are a bit cryptic and forced, but it is possible that they have been included in this small demo just to give an idea of ​​the construction of the puzzles within the game, in itself however functional. Thanks to the demo it is also possible to try the new system of crafting, which allows you to take advantage of the objects collected in the environment to create new game elements or enhance those already present. The level design, although it only has to do with a very small portion of the hotel, is well thought out both in terms of play and credibility of the structure, offering perhaps the most interesting point of all in the setting. 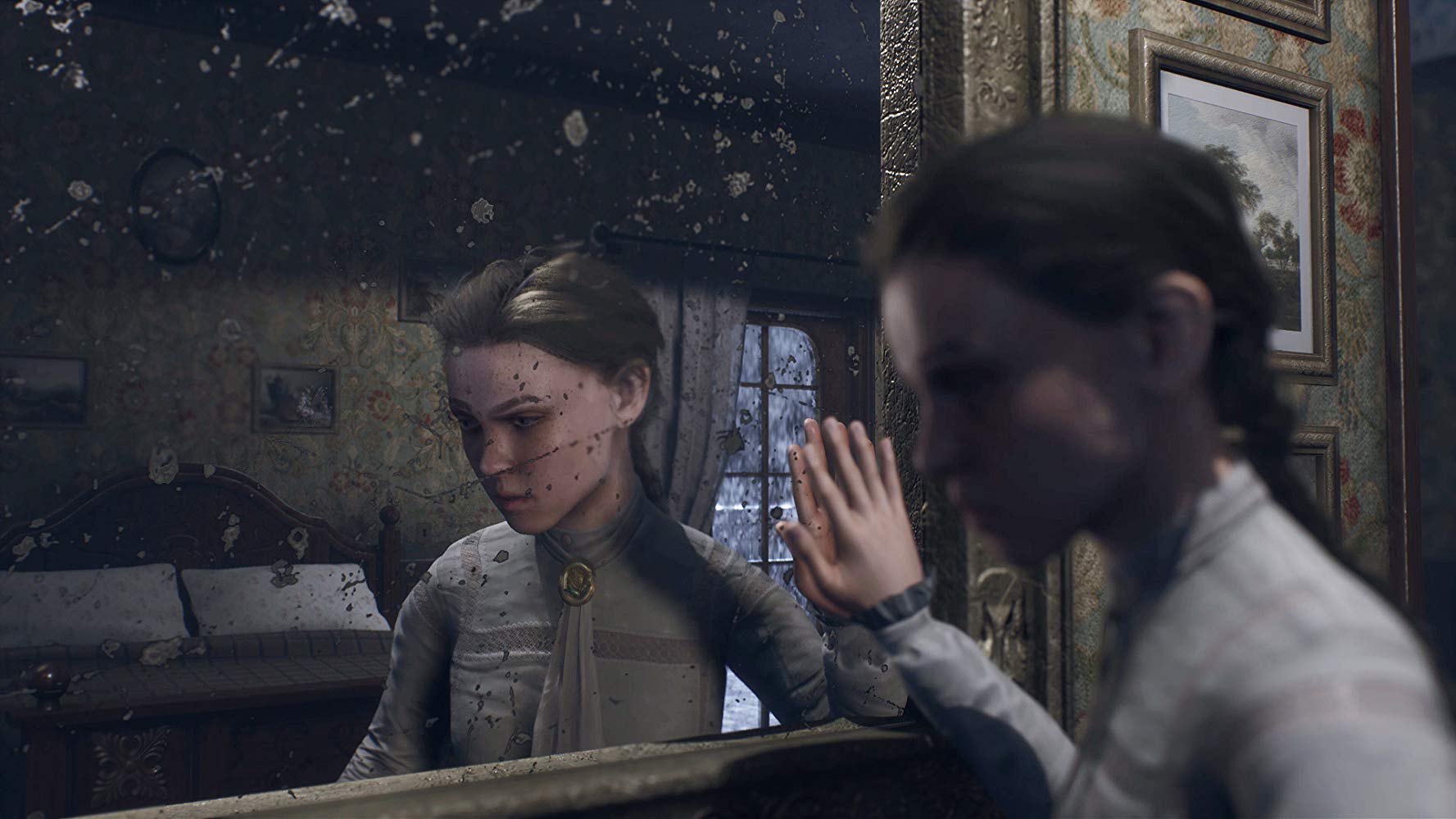 Broken Porcelain is a title that comes on the market in budget price, and it is an aspect that must necessarily be considered when talking about its technical aspect. Although we can therefore turn a blind eye to some aspects a little "Ancient" in terms of polygonal modeling, however, in this second test Broken Porcelain shows an animation set that is too heavy and plastered, which strongly dampens the scenes of tension linked to pursuits and desperate fights against enemies, already weakened by an AI that, as already written, does not shine particularly. In terms of sound design, on the other hand, it is often difficult to understand the position of the antagonist based on his sentences and in some cases also results misleading. There is no shortage of problems related to the physics of some objects, sometimes awkward command prompts to exploit with precision, streaming textures and other general polishing smudges. The team is well aware of most of these problems and is already working to fix them. However, considering that we have a fairly recent build in our hands, just one month may not be enough to clean everything up, although it is reasonable to expect a decisive step forward. As usual, the setting is the flagship of Stormind production GAMES and although it is not possible to have a complete picture of the vastness and variety of the setting that will be addressed in the full title, Remothered: Broken Porcelain already seems a guarantee in this sense. In short, on the technical side, more than everything else, you have to wait for the final review, to better see what Chris Darril's new horror has to offer. 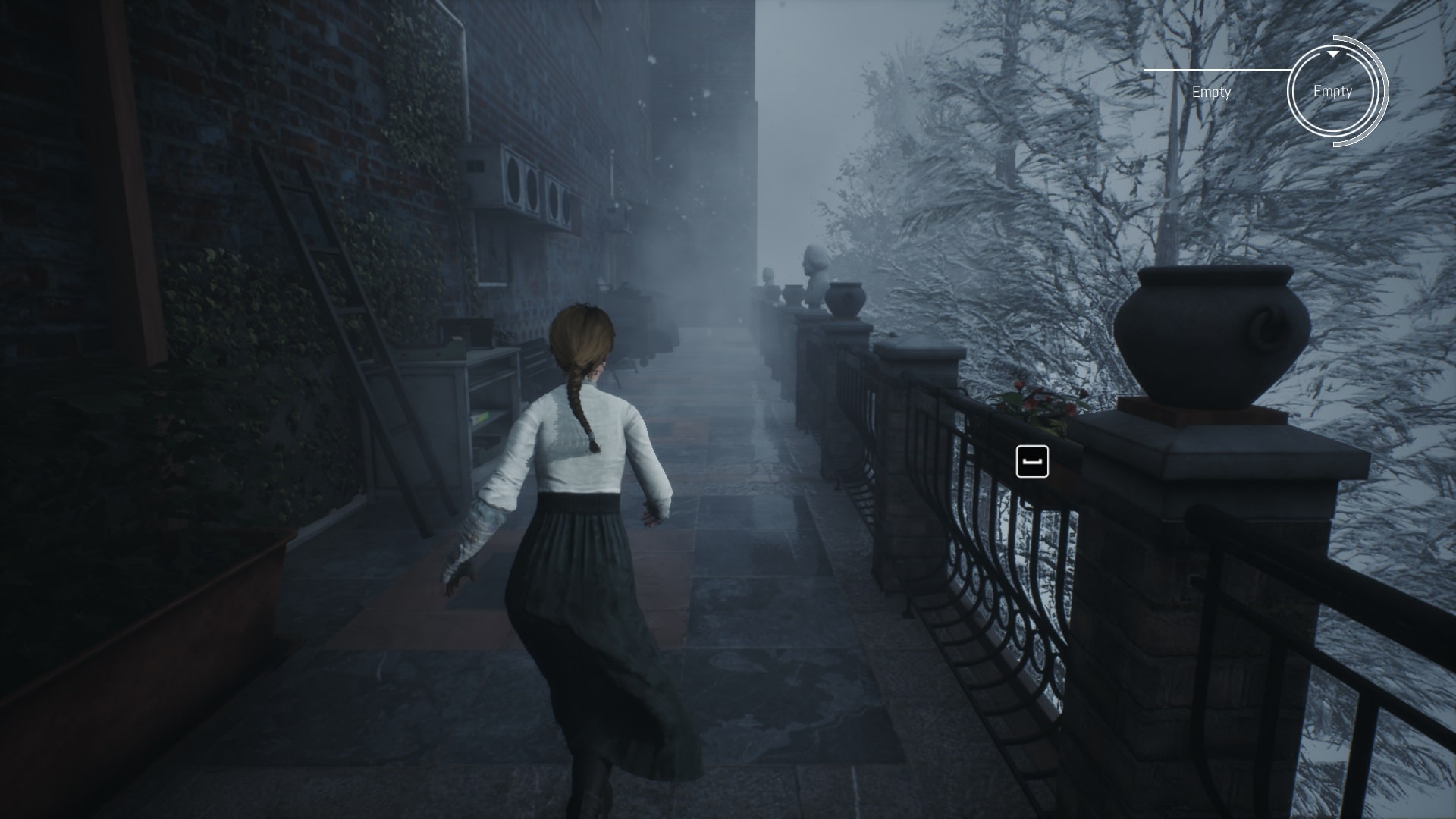 Broken Porcelain, as well as Tormented Fathers, wants to be a love letter to the horror genre, both cinematic and videogame. There is no shortage of interesting ideas and an engaging atmosphere, just as there are some important elements that risk jeopardizing them, bringing down the fragile house of cards that the team manages to create with so much care, offering engaging and interesting situations, as well as exquisitely disturbing. To date, the lights and shadows of the title seem to be the same, with a slight advantage for the last ones, but the hope is that Stormind Games will be able to smooth and refine the experience as much as possible to have a first-rate product in your hands. More than the technical problems, however, it is good to underline how some gameplay dynamics can be indigestible and alienating in the long run if poorly implemented. Curiosity remains high in any case and it is with sincere interest that one can look at the release of Remothered: Broken Porcelain, because it could hardly leave fans indifferent.

Why is Among Us not updated?

Atomic Heart, a new trailer shows all the graphics power of the engine with Ray Tracing and DLSS