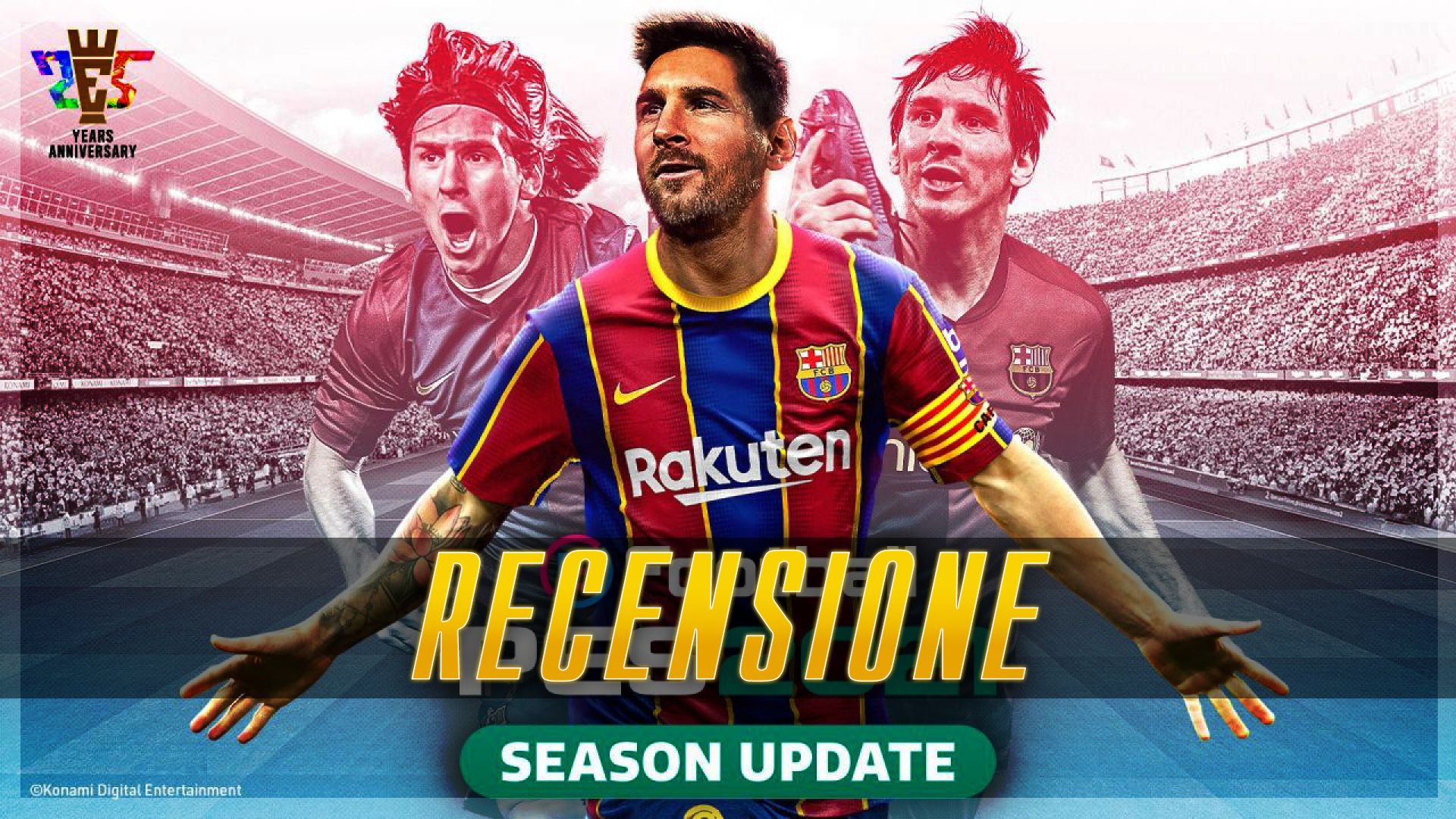 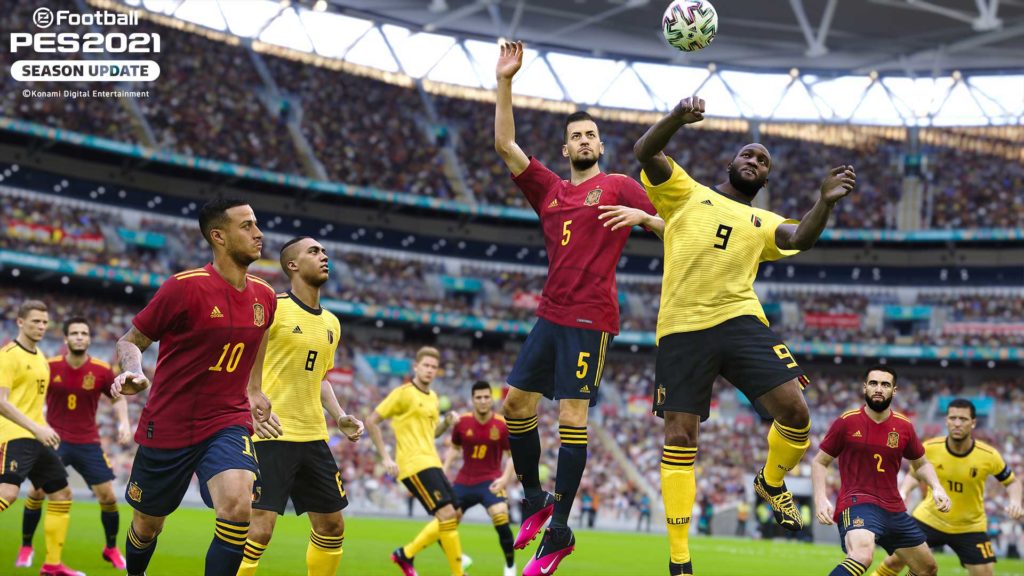 How many times over the years has it happened to football simulator players to say "It's the same game as last year"? With a frequency of releases on an annual basis, inevitably, the two main competitors of the genre have very often found themselves proposing more or less the same product of previous years, with some small improvements and changes here and there. At full price though. This year, thanks to a rather particular situation in which the arrival of the next-gen and an unexpected pandemic have messed up the cards on the table, eFootball PES 2021 decides to make a surprise move and officially present itself with a simple Season Update. A sensible choice? 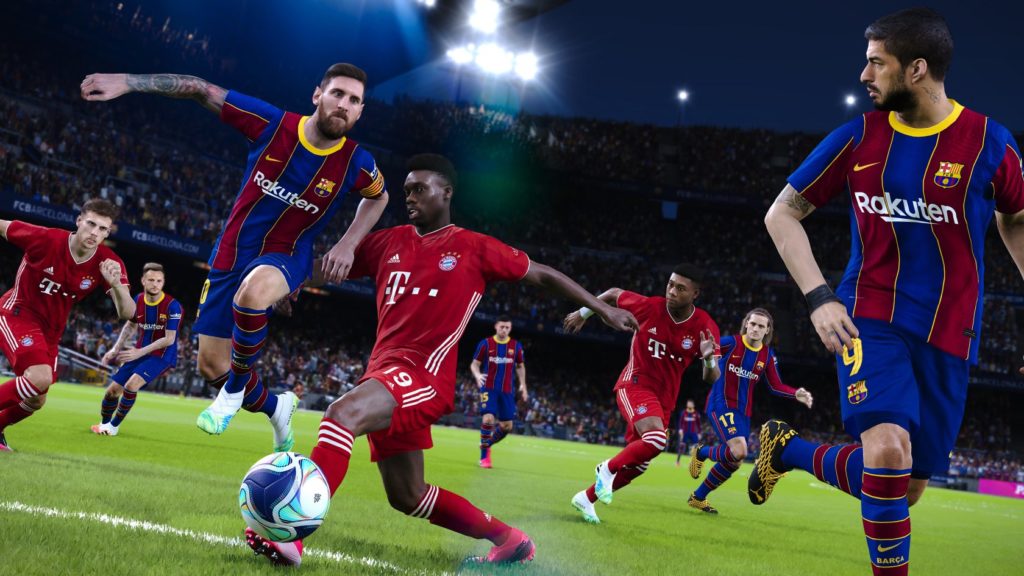 Upon landing in the main menu of PES 2021, the player is undoubtedly enveloped by a feeling of already seen. This is because it is literally the same menu as the previous edition: the most famous modes such as the Master League, Become a Myth or MyClub to play online are still there, unchanged, both in the arrangement of the icons and in their operation. In fact, on a structural level, this year's edition does not present any news and consequently brings with it all the strengths and weaknesses of PES 2020 from the point of view of the real play offer.

La Master League, which has always been the cornerstone of Pro Evolution Soccer, remains an eternally young mode and offers an always difficult and interesting challenge, but suffers a bit from a transfer market phase absolutely to be reviewed and a general flatness in the intermission phases represented by comparisons with press and leadership. The myClub, a direct competitor of the most famous Fifa FUT, tries to provide the player with the classic experience of "Unwrapping of stickers to be deployed in the field", with ups and downs. Although decidedly more generous and less expensive from an economic point of view than the counterpart of the competition, it remains an unbalanced mode in its essence, which shows its side during the first games and then mitigates its shortcomings as the season progresses. Some of the same shortcomings as the mode "Become a Myth" where to step into the shoes of a single player to grow up is always fascinating, but which from the beginning carries with it the problem of an approach that is a bit too frustrating in the very early stages of the game, when our alter ego on the pitch is inevitably a crook with two irons instead of feet and goes into oxygen starvation after the second shot.

The offer is completed by the canonical methods of championships and cups, licensed or not, and by eFootball, a new benchmark for Konami's competitive gaming. As for the former, as always, all the main leagues are present, albeit with the usual lack of licenses and the absence of the Bundesliga. Although the almost complete acquisition of the rights of the CONMEBOL competitions makes South American football fans happy, for everyone else the invitation is always to resort to patches created by fans. An invitation now provided by Konami itself, complete with a very simple guide to importing teams and real names where these are not present. Undoubtedly a rather clever but still valid way of making up for a historical lack of the franchise, although it is still an operation that in an ideal scenario should not be required of the player. Moving on to eFootball, the long-term project of a better structured competitive scene continues exactly on the path started last year with a lot of name change for the entire brand. For players more interested in the eSport scene of the game, this is undoubtedly the ideal gateway, net of a structure that is quite balanced and functional for the purpose, but still some of its elements can still be improved.

So let's get to the gist of the matter: the gameplay. Pad in hand, eFootball PES 2021, fully retraces the footsteps of its predecessor but it is precisely here that it shows its (few) innovations. In fact, the general feeling remains more or less the same as in 2020, with some small tweaks scattered and concentrated above all on a significantly improved fluidity of the game. The movements of the players, the physics of the ball, the arrangement of the teams on the field, everything is devoted to the search for a simulation as realistic as possible. An objective that was absolutely centered already in the last edition and that here is caught again, simply going to file some inaccuracies. Unfortunately, some uncertainties remain too many on the method of direction of the match by the referees and on the excessively permissive mechanics that regulate free kicks, but the feeling of realism that is perceived by playing the Konami simulation certainly remains to be rewarded. The Fox Engine inherited from Kojima is practically exploited to its maximum potential and takes leave with honor thanks to one last absolutely level test: from 2022, PES will in fact move to Unreal Engine 5, the main reason why this year's edition is proposed only as a revised and corrected version of the previous one. For the substantial next-gen news we have to wait then, hoping that the wait is worth it. 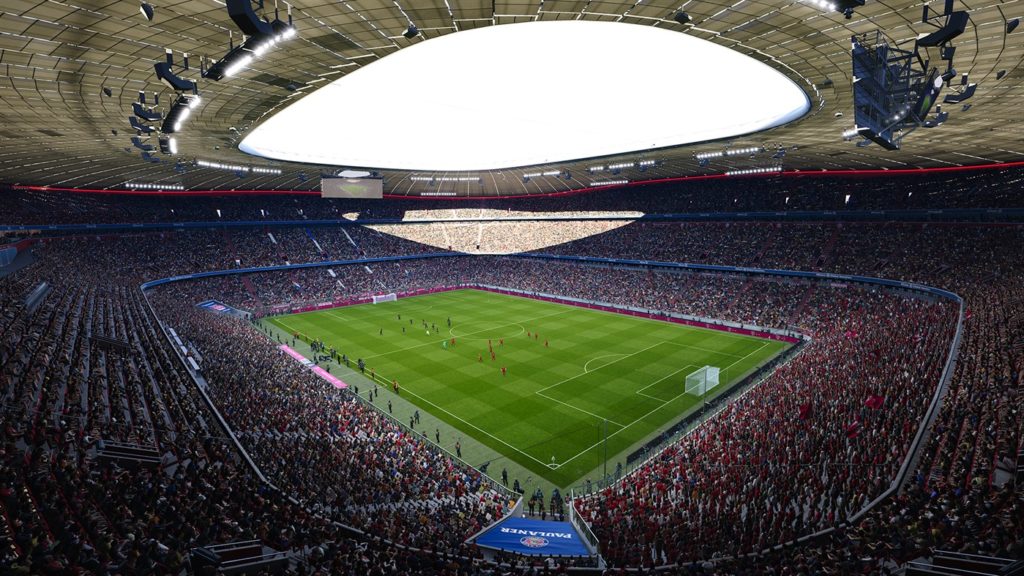 eFootball PES 2021 is ultimately a product extremely similar to its predecessor, from which it takes over the entire structure, only going to make some small changes. Perhaps a singular choice, but which remains functional to a greater concentration of care and resources towards the 2022 edition, which will mark the real entry into the next generation by the Konami franchise. A choice that the software house proposes with the absolute honesty to declare without mystery as it is, in fact, a simple update of the product presented last year, sold at a budget price. Despite the demerit note given by the mess related to the composition of teams and leagues (which on day one are largely still backward from last season, with a big update patch scheduled for October 22), eFootball PES 2021 remains a highly recommended purchase for all fans looking for a simulation more devoted to the realism of football played than to the pure spectacle pursued by the rival series, despite the awareness of a product that repeats the fidelity and depth of the gameplay of last year, but also the same defects and the same shortcomings. For everyone else, however, the game still represents a good opportunity to grab an updated football title at a really affordable price, waiting for a revolution, scheduled for 2022, in which it is hoped that Konami will be able to keep the good facts. in recent editions during the move to his new "home".