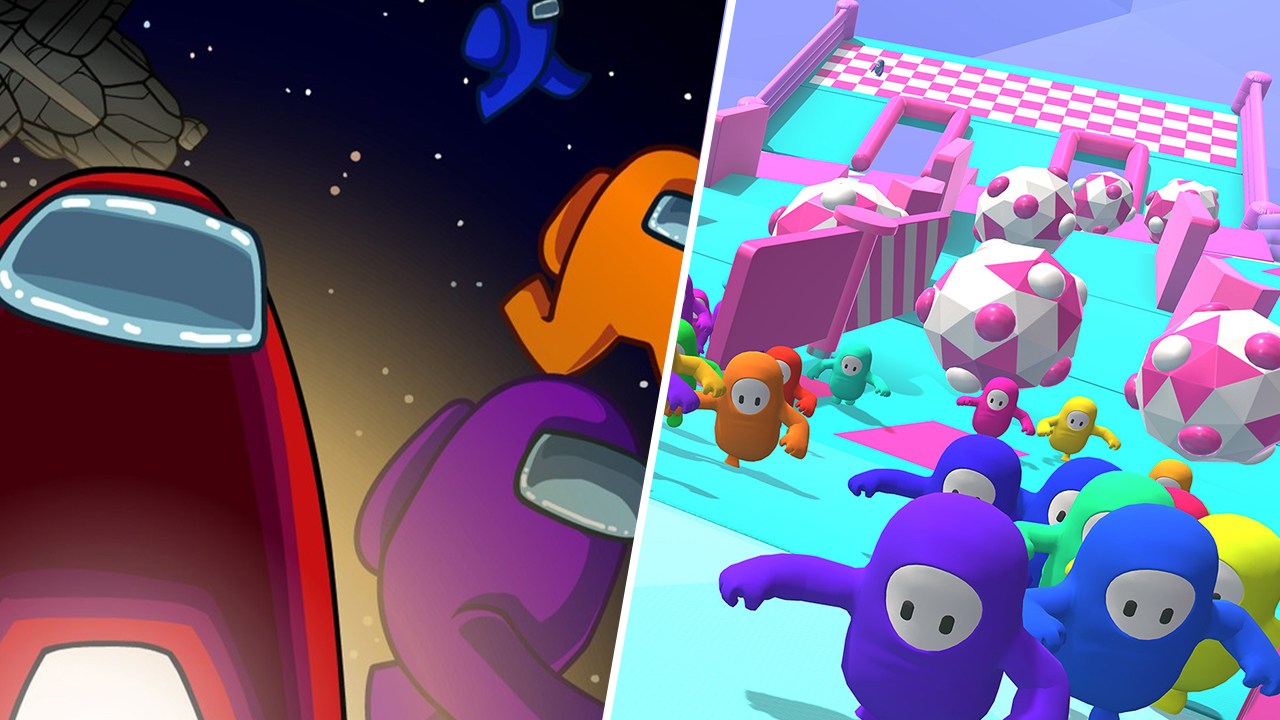 This 2020 has been an unpredictable year, from every point of view. Even with regards to video games. Probably if someone had described the current situation to you in January, you would have laughed in his face. Skipped conferences, controversies and acquisitions have upset the videogame landscape and in addition to all this, at the end of this summer two games have also been added that no one expected: Fall Guys and Among Us.

These two titles have exploded in popularity, burning record after record, becoming within weeks the best-selling titles of the season. The videogame landscape is dominated by Takeshi's Castle and Lupus in Tabula, this is the situation and don't you dare say you expected it.

For both Fall Guys and Among Us, success is born on Twitch. Proof that the influence of video game streaming it can no longer be ignored. Both games have enormous entertainment potential in that allow the community to participate in games together with the streamer. Of all the Twitch integrations you can think of for a video game, this one remains the best.

But it's not just interactivity that benefits these titles over others. Short games allow viewers to connect to live shows at any time without having the impression of missing an important part of the transmission.

Then there is the potential for entertainment, which must keep spectators who do not participate glued to the live. Fall Guys is based on classic physical comedy: funny and colorful men who fall in a funny way. Added to this is the challenge component that leads viewers to cheer for their favorite streamer. Among Us, on the other hand, brings mystery to the fore and manages to entertain whether the streamer is a Crew Member, or a Impostor. In the first case, the viewer is kept in tension by the fear that the character may be murdered at any moment. In the second, what is interesting is to see how the streamer fares during the voting.

Despite the many similarities, however, the two titles come from very different realities. Fall Guys is the product of Mediatonic, a small videogame house that has been operating in the sector for 15 years. She went from flash games to mobile games, has 230 employees and has partnered with the likes of EA and Namco Bandai. The story this game tells is that of someone who has been trying for a long time. It is the result of years of experience in the gaming world, of a company that after a long apprenticeship has managed to emerge, with the right game at the right time. Fall Guys was a hit from the very first moment it was available to the public, and that's perhaps the biggest difference from Among Us.

The story of the game of InnerSloth it is in fact completely different. Released more than two years ago, Among Us is the fruit of the work of a little girl independent company formed by just three collaborators, a programmer and two artists. Only three games are active, displayed with pride on a very simple site. In addition to the games page, it is possible to visit a very short bio of the company members and one dedicated to merchandise, obviously everything sold-out.

The causes and the "Case"

So how did it happen that games with such different stories arrive at the same time to invade the lives of millions of players? The alleged causes of success have already been thoroughly analyzed in several articles for both games. Everyone agrees in identifying four main causes, to which I would like to add a fifth.

For many analysts, the success of the games lies in their style. For both, it's simple, colorful, fun and helps convey the relaxed atmosphere of the two titles. Graphics like this don't tire, as evidenced by the fact that the first major streamer to bring Among Us to success managed to broadcast the game for four hours straight.

Then there is the social part. Both games in very different ways have used social networks to advertise themselves at no cost. If for Fall Guys it was a marketing technique now almost abused, that is to make the official profile of the game very joking and easy going, in order to make the success of the title even more viral in its early stages of diffusion, for Among Us the story was slightly different. Social - Twitter e Newgrounds in particular - helped the game in the most delicate phase of its development. An indie and multiplayer game must overcome an important obstacle from the very beginning: to have enough players. It's not enough to throw a game into the ether, you have to have a community that supports it. He thought about this Marcus "PuffBalls", artist and founder of InnerSloth, with a ten-year career in the world of indie video games and more than 25.000 followers on twitter. His fame was instrumental in creating the hard core that allowed Among Us to survive the first two years of semi-anonymity.

Another factor is of course the price of the two games. However, starting from a modest cost, both titles took advantage of the opportunities they had to further lower it and allow an increasing number of people to access it. P.For Fall Guys this occasion was the PlayStation Plus, which allowed the game to be released for free for Sony subscription holders, considerably increasing the viral potential at launch. For Among Us it was a combination of Steam discounts, including the summer sales, which brought it to a truly ridiculous price, and the existence of the free application for Android.

Finally, even if it is not often explicitly mentioned in the analyzes, I noticed that both stories in these games have perseverance in common. On the one hand, the perseverance of a company like Mediatonic, which after over a hundred titles for minor platforms decides to make the leap to consoles and PCs. On the other hand, that of the developers of Among Us, who have continued to improve a game with an already solid base even when the current success was not even in their most remote dreams. A mixture of awareness in their own abilities and willpower that played a role fundamental in this success.

My personal note instead comes on what many sites define as the "Case". Because of course, we always talk about marketing, graphics, games done well. But in the end, you can't predict success. And certainly there is a certain amount of luck in the Fall Guys and Among Us stories. But I don't think it's entirely a coincidence, that two games that earn so much when played in the company of friends have been so successful right now. The pandemic has reminded many not to take personal relationships for granted, and these games are the perfect opportunity to keep those relationships at a safe distance.

Or maybe it's the bean-shaped men.

Nicolae Locatelli - April 22 2021
The Great Ace Attorney Chronicles arrives for the first time in the west, we already have the release date for Nintendo Switch, PS4 and PC. There...
News

Sony has patented an artificial intelligence capable of playing video games like a ...

Matteo Runchi - April 22 2021
Sony has filed a patent to develop an artificial intelligence that can learn a person's style of play and then copy it, playing the ...

Street Fighter V - What will the Winter Update bring?