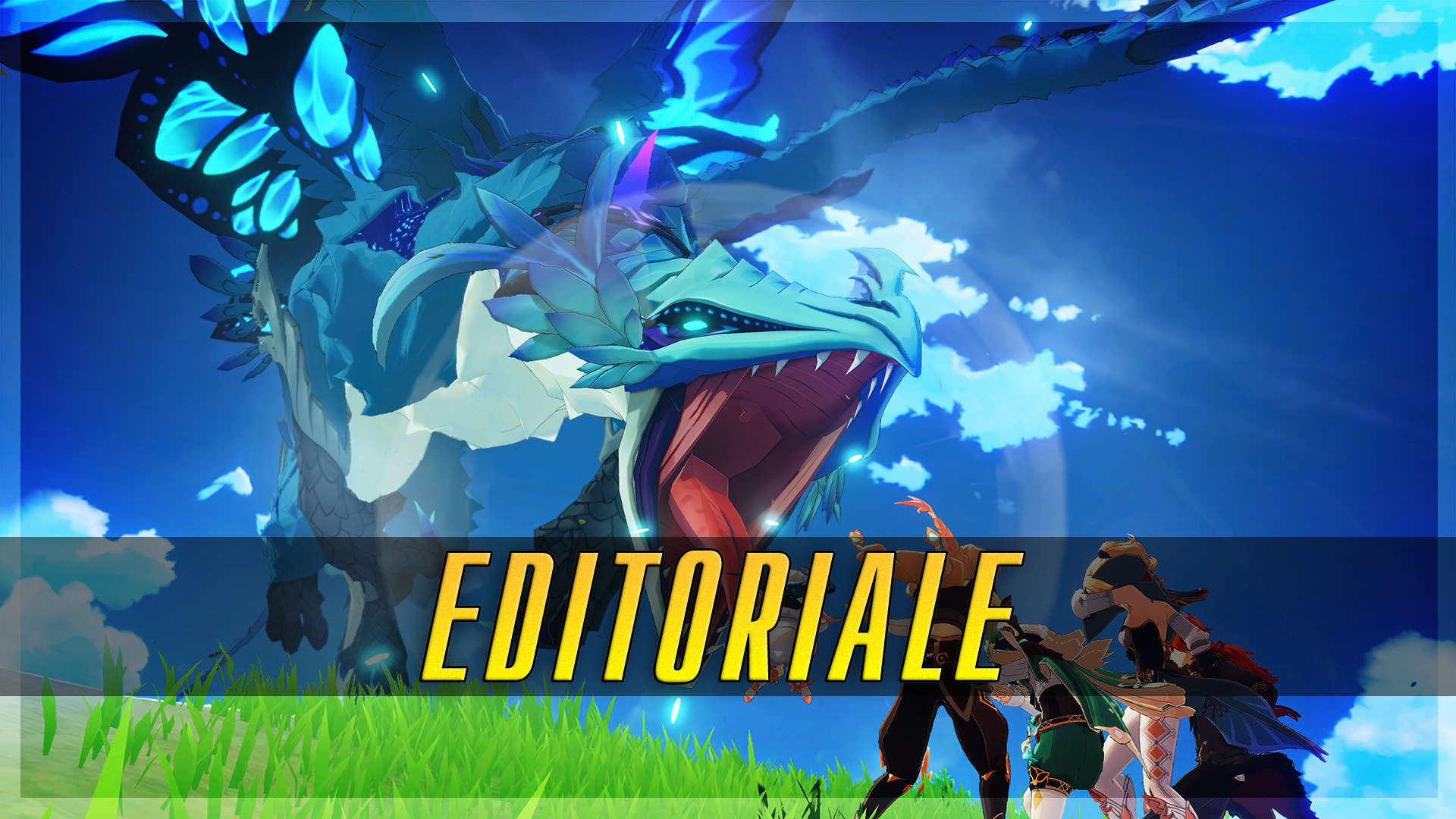 I'll be honest: talk about Genshin Impact currently it's like walking over a minefield. As in most cases, any game that becomes popular tends to receive a lot of praise and criticism, both of which oscillate between peaceful discussions and outright lynching kermesse. So rather than evaluating it as a whole, this article serves as a retrospective on the developer MyHoYo and on the phenomenon, also trying to understand why this new game became so popular, but also so twisted.

From China with Moé and Waifu

MyHoYo was born as an independent software house in 2011 from the minds of three recent graduates at Shanghai Jiao Tong University, one of the largest universities in the country, able to host courses dedicated to digital and non-digital arts. The intent of the team made up of young people Cai Haoyu, Liu Wei e Yuhao Luo was to share with the world of mobile gaming - a market at the time already rapidly growing through the introduction of the first smartphone models - their passion for aesthetics and the charm of Japanese anime culture from which they will then take inspiration not only for games but also for the software house's motto: Tech Otakus Save the World. 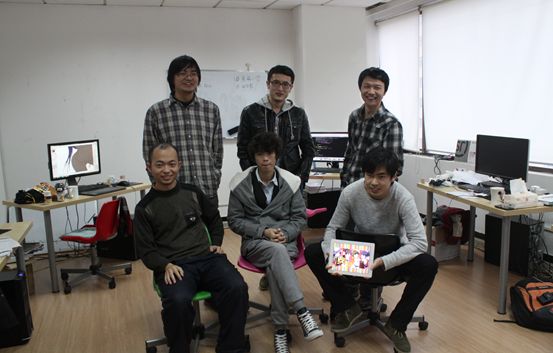 Speaking of the software side, the studio's first works fall within the canons of the classic low-cost productions that still flood the mobile market today, but masked by slightly more elaborate aesthetics created by the illustrator CiCi, added later. Flyme2themoon e Kawaii Zombiegal fully represent the two genres that at the time included a large portion of the stores: sliding platform and shooter. In their own small way, the two titles are a success big enough to allow the MiHoYo team to grow and arrive up to 200 current employees.

With the increase of available collaborators, the doors are opened to ever larger productions and to other videogame genres. With the arrival of Houkai Gakuen in 2012 and its sequel in 2014, MiHoYo reaches the first peak of popularity in the motherland, creating a brand that has come to touch various media outside the video game: manga, anime, merchandising and of course virtual events dedicated to their idols, highlight of each game. Also in 2014, in the meantime, MiHoYo begins pre-production on a slightly more ambitious and action-RPG-oriented game: Honkai Impact 3rd which sees its release in 2016.

Taking a cue from such titans as Bayonetta e devil may cry, Honkai Impact 3rd became a nationwide hit, hitting one million downloads in just a few weeks. In 2018 MiHoYo opened the doors of its title to the whole world, obtaining further acclaim and even being compared to the various titles present in the console panorama. In its full form, Honkai Impact 3rd turns out to be a package that's not ashamed of its nature full weeb, pressing the accelerator with lots of playable characters - each with different mechanics and fighting styles that give gameplay variety - ready to take the field to fulfill their goal: to appear in hundreds of artfully edited videos, in what I would call the definitive artistic circlejerking for every player obsessed with combos from Smokin 'Sexy Stylers.

In parallel to Honkai Impact, in 2017, MiHoYo sets in motion the production of another Action RPG title, but much more ambitious that, for better or for worse, would have been talked about: Genshin Impact.

The project is the team's largest production. With a budget of over $ 100 million in development and marketing, MiHoYo has staked everything on the elements that made Honkai Impact's fortune, implementing them in a Breath-Like gameplay formula: many waifu and husbando with unique movesets and combinable combos, which manage to make the gameplay dynamic and much more close to a Astral Chain and the aforementioned Devil May Cry and Bayonetta, rather than Breath of the Wild. And with a cast of characters voiced by some of the Seiyuu most popular Japanese of the moment (immediately recognizable thanks to series like Jojo, Demon Slayer and Touhou Project) and a high-level soundtrack, large-scale success was more than assured.

Announced at the convention ChinaJoy last June 2019, the title was immediately targeted by an avalanche of controversy. In fact, you will remember the infercious crowd that created inconvenience during the presentations of the game, coming not only to "Flippare" the magic finger, raising their Nintendo Switches to the sky in protest, but also destroying a PS4 in front of everyone present at the exhibition. And although these behaviors represent a slice extremist and very toxic of the Nintendo community, however, it is a legacy that the title has carried on until release and will continue to do so. 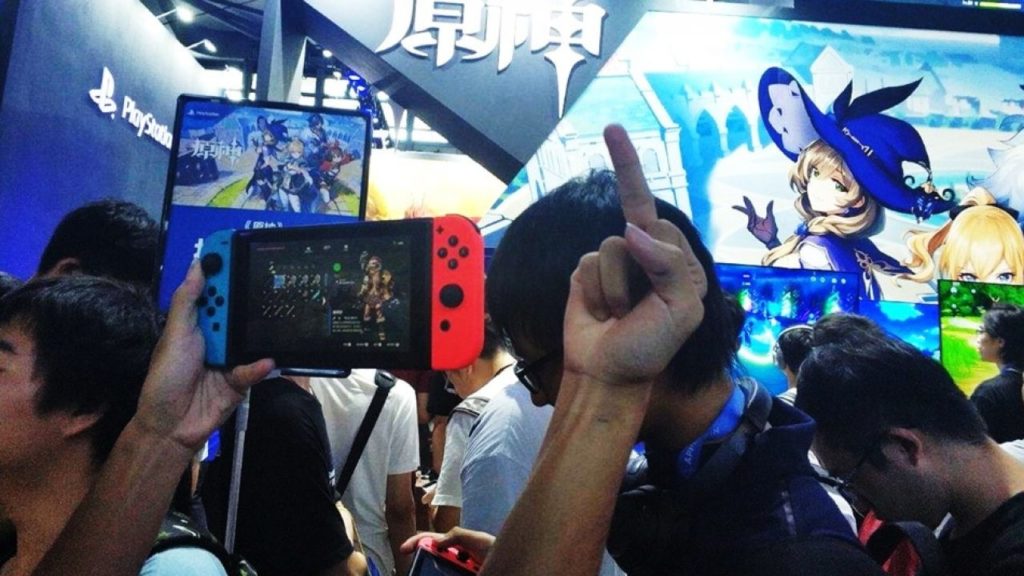 A few days after its release, the game has in fact plunged back into the eye of the storm after the disclosure of a video on Twitter, which compared the animations of 2B (Nier Automata) with those of the character Noelle from Genshin Impact, accusing MiHoYo of plagiarism. Needless to say, in a few hours the video was shared again everywhere, dividing the gamer community in two: who supported the accusations and who instead, analyzing frame after frame the incriminated animations, managed to prove the actual validity of the game.

In short, wherever you try to look at this phenomenon, the release of Genshin Impact has generated - as mentioned at the beginning of this article - a lot of fuss for the network. But how come? Why hasn't this kind of media pillory hit titles that have found their share of the public through other people's foundations? How come this mess did not hit headlines like Paladins o Dauntless? What is the lowest common denominator that fuels the flame fire? China and its "young" market.

Escape from the past

Although at this time the Chinese video game market represent a large slice of the world audience, however, it should be remembered how this interest is new. Until 2015, in fact, most video games and consoles could not be sold because of the medium ban imposed during the early 2000s. This led to a atrophy of the audience and above all of marketing; stop, as far as we know, to the 80's, that is the era of the famous keyboard-shaped family Suborg, one of the many machines on the black market of the time.

Breaking a spear in support of the detractors, in fact, it is clear how this way of understanding the medium struggle to die in China. Today again, hundreds of bootleg apps fill the app stores, official and third-party. Lame Kirby, android console with preloaded games, Pokémon with stolen animations e "Grand Dad!" (Hi Joel) who continue to cast doubt in the judgment of the players and damage the reputation of the titles that, once in a while, try to make the leap in quality.

From my point of view, we will have to wait a few more years before this small mole disappears completely, but it is still evident that an entire machine dedicated to the evolution of the video game in China has been set in motion. For better or for worse, companies like Tencent they continue to invest in gaming and expand their influence on the international market, while small software houses or even individual developers begin to emerge. It's a start, but maybe you play like Genshin Impact, Bright Memory e Black Myth: Wukong will act as a springboard for new protagonists in the gaming scene. My question at the end of all this reasoning is the following: Will we the players be ready for their arrival?

Nicolae Locatelli - December 2 2020
Pokémon GO from today will see the arrival of the Kalos monsters thanks to a themed event. What does this update consist of? The sixth generation is ...