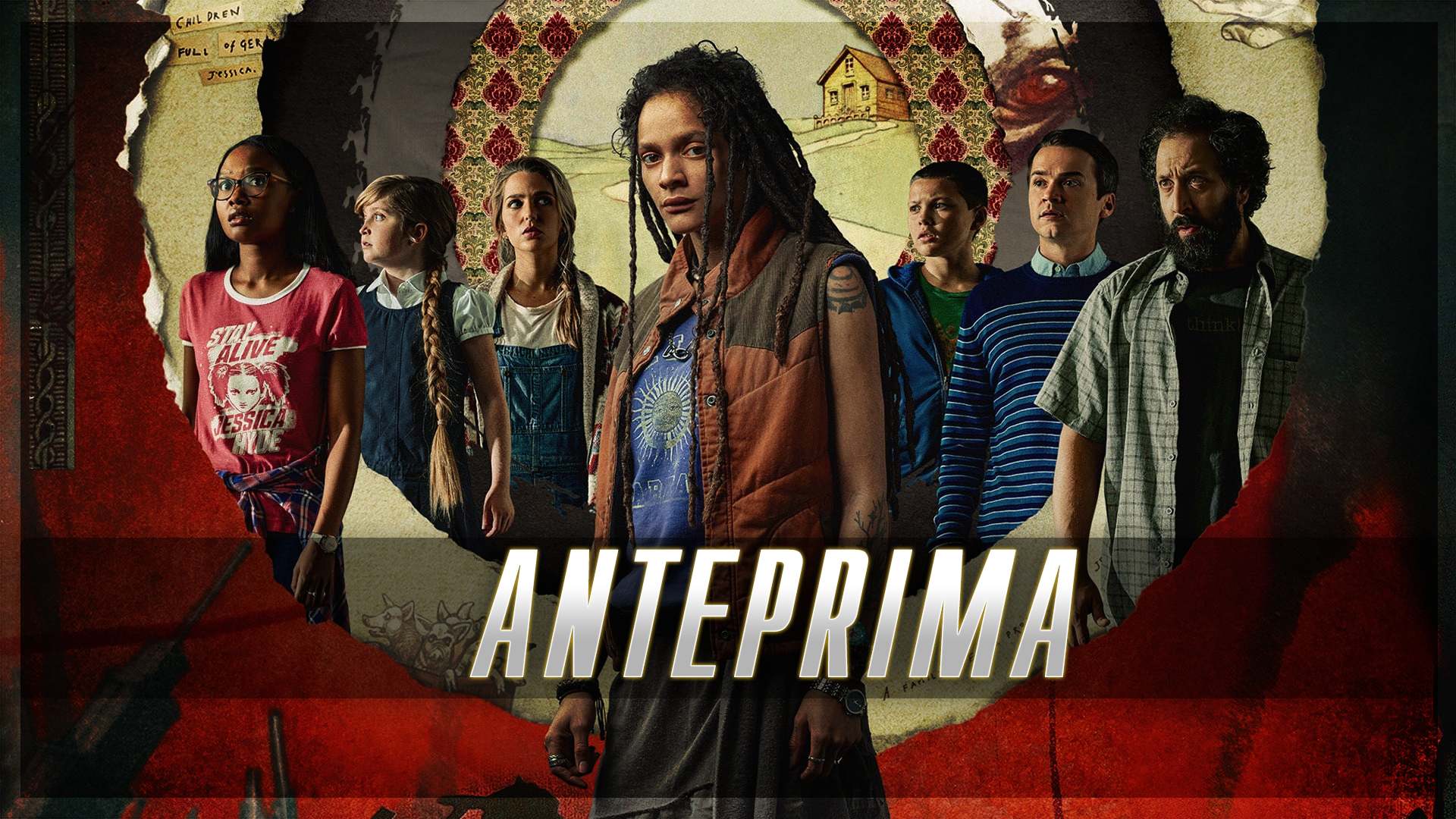 Archived the second season of The Boys, Amazon Prime Video returns to update its catalog with new proposals. Coming next October 30th 2020, Utopia it is perhaps one of the most interesting productions of the month, a little more for its troubled history than for its initial execution.

The whole project is in fact a American adaptation of a British series aired in 2014 on Channel 4 for 2 seasons, before its cancellation. Initially purchased by HBO, the series was never produced due to budget problems, allowing Amazon to unfreeze it in April 2018. I had the chance to take a good look 7 preview episodes, with the exception of the eighth and final episode that makes up the upcoming first season. Will this particular conspiracy thriller be able to ward off the demon of failure?

Return to the past

Remember the sports almanac at the center of Back to the Future Part 2? Now take Biff Tannen's booklet and fill it with catastrophic events, from impending wars to global pandemics to the extinction of the human race. Here, Utopia is just that, a lost comic with the end of the world inside. This state of urban legend is the key that sets the story in motion in the series and unites the various characters and their stories. 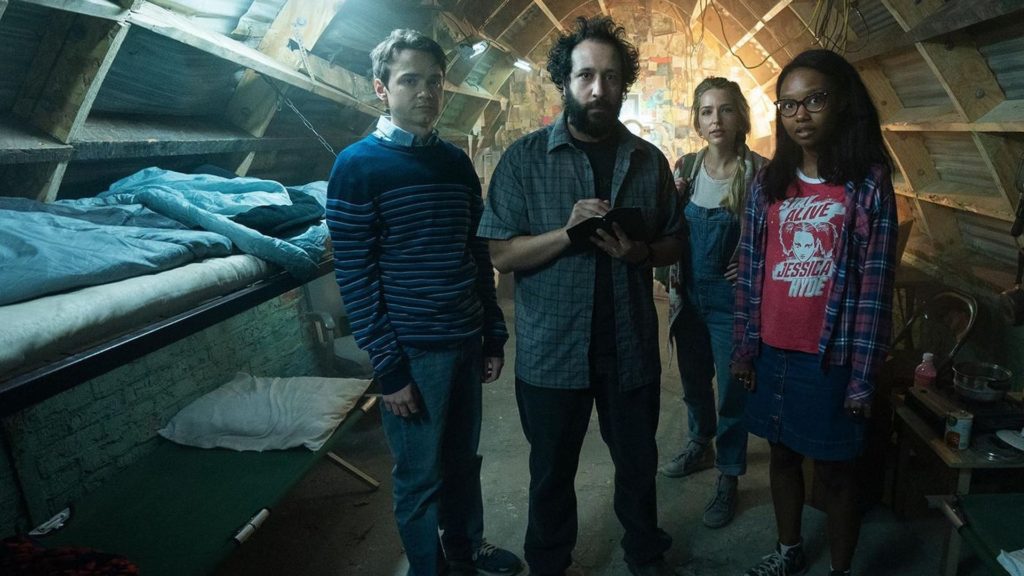 On the one hand, we have a group of young passionate boys who, after the discovery of Utopia, try with every means at their disposal to discover the truth hidden within the pages of this raw and violent Mystery Box ™ and capable of generating a true and its own treasure hunt between comic and non-comic fanatics. In a short time, the adventure of Becky (Ashleigh LaThrop), Ian (Dan Byrd), Samantha (Jessica Rothe), Wilson Wilson (Desmin Borges) and Grant (Javon Walton) completely changes tone and pace until they find themselves face to face. with the protagonist of the comic, Jessica Hyde (Sasha Lane). But be careful, as the saying goes: “never meet your heroes”.

On the other side of the script, the series takes on medical drama tones, rotating this second plotline around a singular infantile and lethal epidemic, recognizable through an equally strange T-shaped irritation that develops on the forehead of the infected. And as hundreds of children lose their lives, virologist Michael Stearns (Rainn Wilson) appears to hold the key to the vaccine, while Kevin Christie's (John Cusack) ChristieLab finds itself in a virus-related scandal.

And although the interactions between the younger protagonists culminate in interesting sequences and dialogues, especially with the character of Jessica Hyde - a veritable "wild card" indecipherable during the first episodes - the part starring Dr. Stearns is the real star. of Utopia, highlighting both the virologist character and his obstacles and the conspiratorial soul of the series.

The apocalypse of writing

With such a premise, there should be the conditions for a series of thickness and enjoyable for the viewer right? Unfortunately, the entire showrunner's work Gillian Flynn could end up upside down because of the script itself and some choices that for now, without having seen the ending, do not make me satisfied with the vision. Some of the actions that carry on the plot they are forced and seem to come out of any Looney Tunes episode. They clash a little too much with the serious and plausible tones of the series. Some twists, on the other hand, are well written and satisfying for the viewer attentive to detail, while others can be a little too predictable and then, in the worst case, they can come out of the magic hat without any logical connection or without those interlude scenes that allow the circle to close. 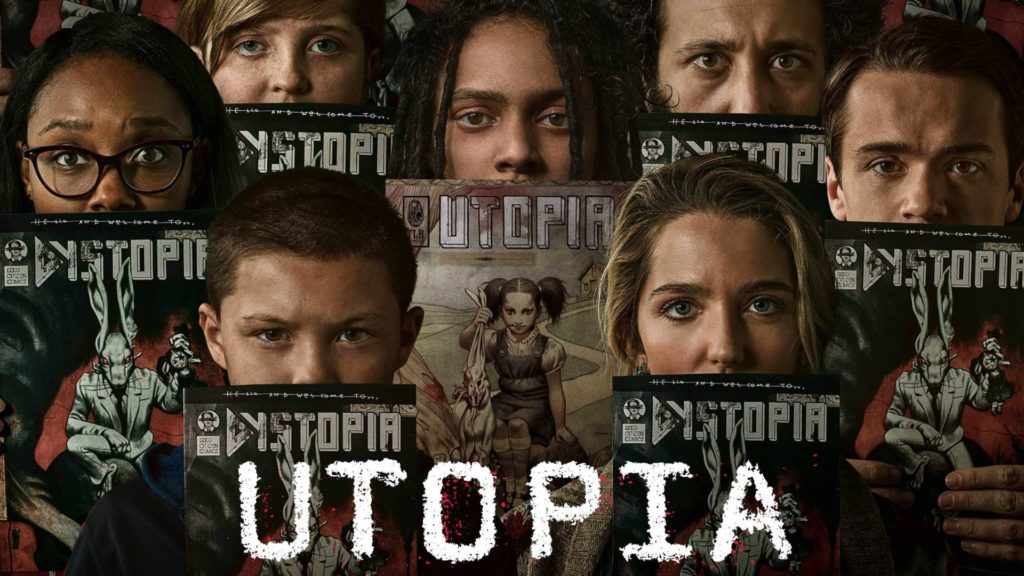 What I perceived while watching Utopia is a morbid need to shock the viewer, with ad-hoc twists placed there to force the expression of "Oh My God!" which brings many clicks and makes the series fly in the Tranding section on various social networks. And sure, there are series that can hone and perfect this art, but at the moment - unless the ending manages to make sense of everything that has been seen - Utopia is not one of them.

The Book of Boba Fett, the new series will arrive on Disney + in December 2021