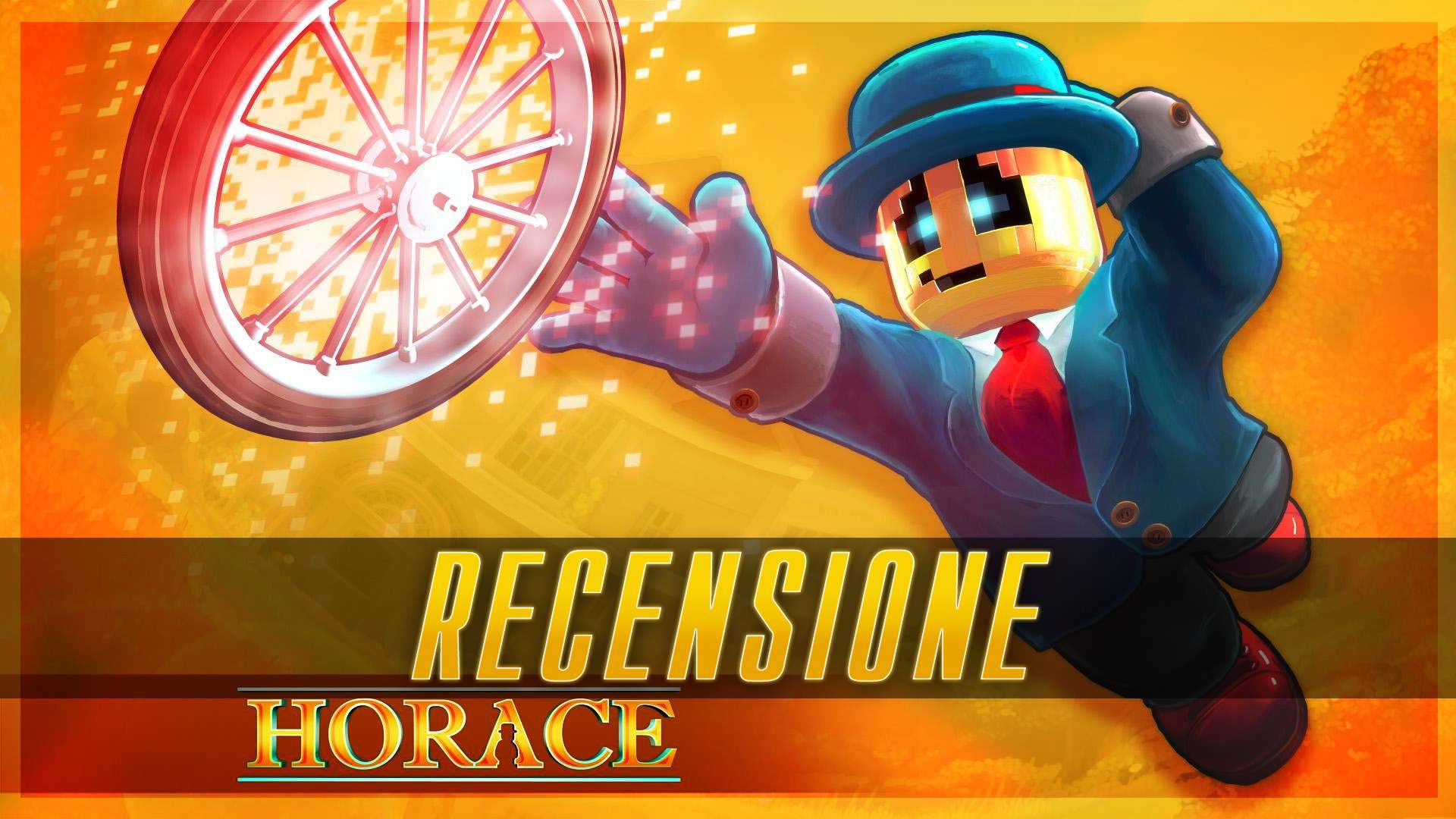 In the beginning there was Emiglio, the robot that every child born in the 90s wanted, very different from the mechs that Japanese anime had and got used to. No rocket missile or thousand valve circuit: a small and funny to be mechanical, with a synthesized voice and very limited facial expressions.

What if that kind, awkward and adorable little robot actually hides much more? This is probably not the case with Emiglio, but all this corresponds perfectly to Horace, the protagonist of the homonymous title already arrived on Steam last year and now landed on Nintendo Switch.

The game born from the brilliant mind of Paul Helman e Sean Scaplehorn, with the publisher 505 Games behind it, is a platform metroidvania which winks at the 8 and 16 bit era, but not only as regards the graphics sector. Horace is a true hymn to the 90s, a game made with love for those who love video games and manage to associate, with an automatic tear that falls, a simple sprite or quote to a famous work.

But Horace is obviously not just quotationism and beyond the appearance there is more, however initially the game may seem very linear and simple. The story is all told (with English dubbing but Italian subtitles, with some typing errors) by Horace himself with a device as simple as it is effective: speaking firsthand about the events that occurred in the past, the yellow robot manages to create a true empathy with the player, it seems viewer of this tale, almost as if he were listening to an old man who narrates his life. And like all stories of experiences, there is no lack of laughter, smiles, but also very touching moments.

However, we retrace his entire life, in about 12 hours, from assembly to full maturity. It is strange to speak in this way of a being that is ultimately inhuman, who does not "grow" and does not become an adult, yet if you close your ear (you say so, don't you?) On the robotic voice and its extremely naive being, Horace could very well be one of us.

The story really struck me: we are not faced with a plot who knows how deep, but seeing a platform so much story driven left me stunned; L'almost perfect balance between cutscene and gameplay (maybe a few less videos I would have liked) always lead to wanting more, you never get tired, even after having failed, failed and still failed a level phase.

Horace in fact blends the platform and metroidvania genre with trial & error, allowing you to repeat the game sessions in which you die without any interruption thanks to the practically instant respawn. This leads to replaying sessions dozens of times in which you die as many times, but the frustration, despite a difficulty that reaches quite high peaks, it will never take over.

After a tutorial that teaches our little robot how to move, the first chapters accompany the player in mechanics that you must soon learn to master: everything, taken individually, seems simple. However, when the levels begin to require the use of everything we have learned, the challenge rises a lot, giving Horace, both the game and the protagonist, the opportunity to show what it really is.

Il level design is crazy, with lots of highs and few lows. Forget the linearity of a world that goes from left to right and vice versa: thanks to special boots Horace is able to walk on the walls thus rotating the camera which, in certain situations, can be disorienting in the most advanced parts. After about ten chapters, when you get to the heart of the story, they are required quick reflexes, precision in movements e intuition in understanding how to achieve the goal looking at the level from entirely different perspectives.

Told it may seem like something difficult to manage but in reality, once you understand the mechanics, it starts "Think" differently, almost as if the brain automatically started looking at things in 360 °. The enterprise is also facilitated by the excellent graphic sector which, with the 16bit pixel-art, manages to make everything easily recognizable at first glance, from useful objects to scalable walls, from enemies to electrical elements from which it is better to keep to wide.

The same attention to detail is also visible in the cutscenes that blend "the high resolution" of 16bit with 8bit: the characters, when in the foreground, become real clusters of pixellas which however manage to be expressive and characterized to the maximum. And let's remember that none of them are dubbed directly, but they get a voice thanks to Horace's story.

The sound sector is of the same level, combining average effects with aExcellent OST, composed of some original songs and some remixes of classical music that everyone, at least once in their life, has heard. A masterful work.

Then there are the upgrade to improve the protagonist and make things a little easier: some shops sell upgrades that you can buy with money earned from small jobs, in the form of minigames, or by selling the junk we find throughout the game. Another objective, the primary one and from which everything actually originated, is in fact that of clean up the continent of a million pieces of garbage: a mission that Horace takes very much to heart, so much so that it does not seem to give weight to much more important events in which he finds himself.

A true hymn to the 90s, as initially said, but not only in terms of graphics. The story and the settings are full of pop culture references between films, video games, music, literature, cinema and TV series. Our Horace is also a lover of videogames and the game does everything to please him: in every city we find rooms with arcade cabinets in which we can play iconic titles with names and graphics appropriately modified but perfectly recognizable in the mechanics. We therefore play clones of Pac-Man, Guitar Hero, Pong, Space Invaders and many others that I do not name so as not to spoil the pleasant surprise.

Horace is an indie game and a relatively small project, yet it demonstrates just how brilliant ideas, well thought out writing and high quality can make a difference even without huge budgets. A title that I highly recommend, especially on Nintendo Switch, where the portable nature allows for quick and short gaming sessions. Always if you can stop.

Iris and the Giant - Review