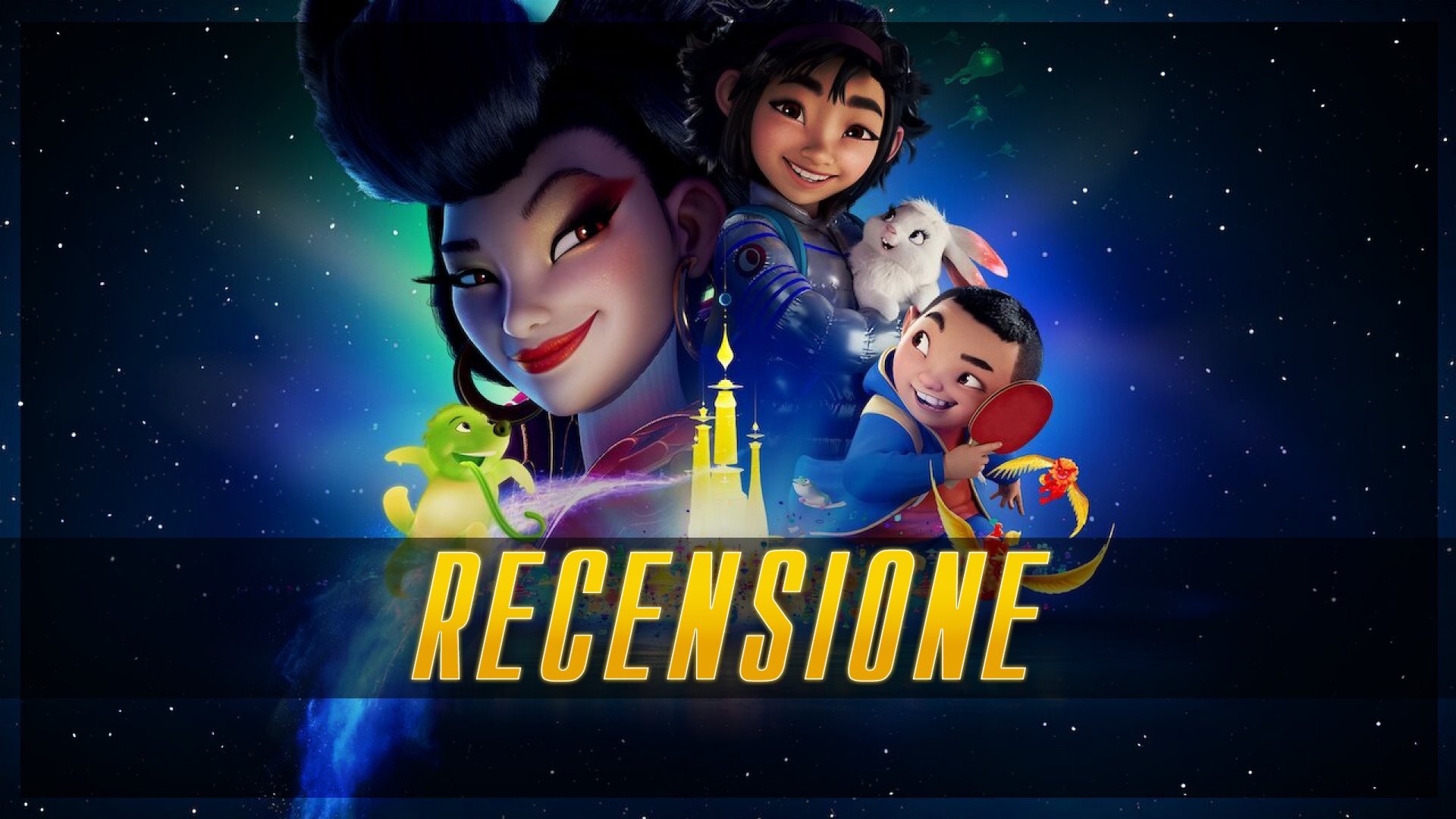 In the last few years, Netflix did his best to materialize the cliché of "all Netflix productions suck" by pointing the finger at products like 13, Iron Fist e Daybreak. However every now and then, even from the blackest coal a small pearl can come out and Over the Moon it is precisely that kind of diamond that lights up the autumn season of animated cinema.

Produced by the streaming giant together with the Chinese animation house Pearl Studio, Over the Moon tries to tell - through a musical adventure on the same wave of the Disney classics - the pain and the overcoming of family mourning, going to revive and modernize the myth of Chang'e, the Chinese goddess of the Moon. And with these assumptions, I would say that the time has come to analyze the latest work by Glen Keane (Pocahontas, Tarzan, Treasure Planet) and find out if Over the Moon has the foundations for a possible nomination for best animated film of 2020.

The magic of the moon

Our story begins in a small town not really specific to China and which incorporates the typical model of small rural villages: many houses and businesses close to each other, everyone who knows everyone, the train tracks on the horizon and a large pagoda capable of touch the sky. And within this singular town, a little girl named Fei Fei begins to familiarize himself with the customs and traditions of his own family, under the guidance of his mother. Among these, the girl seems to be very interested in the myth behind Chang'e and her beloved Houyi. According to legend, the goddess abandoned her partner after ingesting special pills capable of giving immortality, abandoning the planet earth, condemning her to an eternal waiting for her great love. 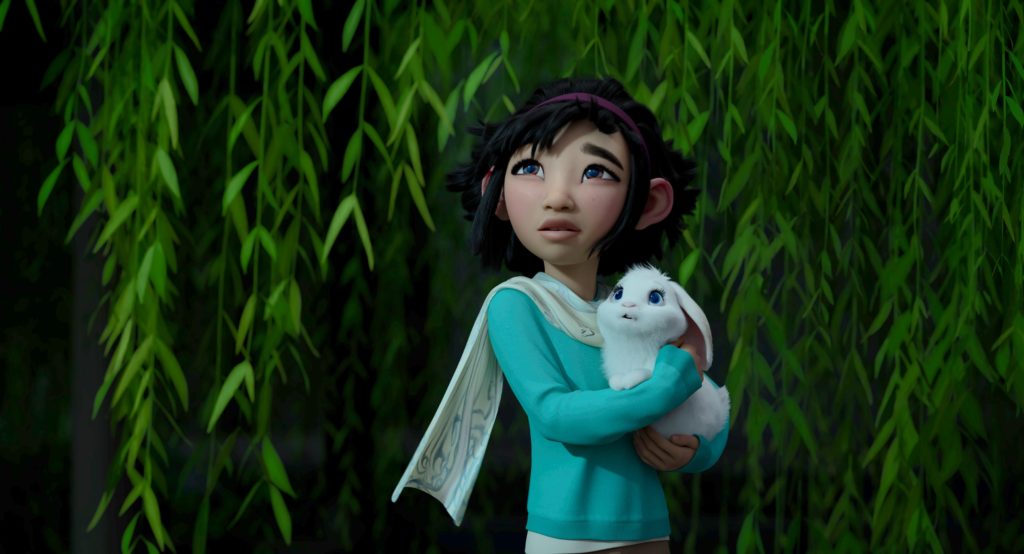 This vision of eternal and otherworldly love created in the mind of Fei Fei, are questioned in what for us are a few moments, but which are equivalent to years and years of descent and unhappiness. Fei Fei not only loses her mother due to illness, but also the visual representation of eternal love due to the impending marriage of her father, who after 4 years is ready to start over. After the trauma of the loss comes the denial of the novelty of the young woman, who categorically refuses the arrival of the woman, trying to mark her own territory. When she realizes that no one in her family still believes in the legend of Chang'e, Fei Fei makes her choice: leave for the moon in search of irrefutable proof of the goddess's existence. Through his intellect, his tenacity and a lot of elbow grease Fei Fei manages to get to the moon and meet his myth. The arrival in the city of Lunaria gives life to an extraordinary adventure.

Although the incipit, some supporting characters and the issues addressed can arouse in the viewer an aftertaste of already seen - remembering for example the Pixar movie Coco - in Over the Moon the script by Audrey Wells tries in every way to avoid distinctions between good people and bad people, black or white, offering instead an introspection of the main characters, with a particular focus on Fei Fei and Chang'e, two sides of the same coin. In the course of the film, in fact, the fears and defects of the two are put to the sedan, exposed to the eye and the viewer's judgment. 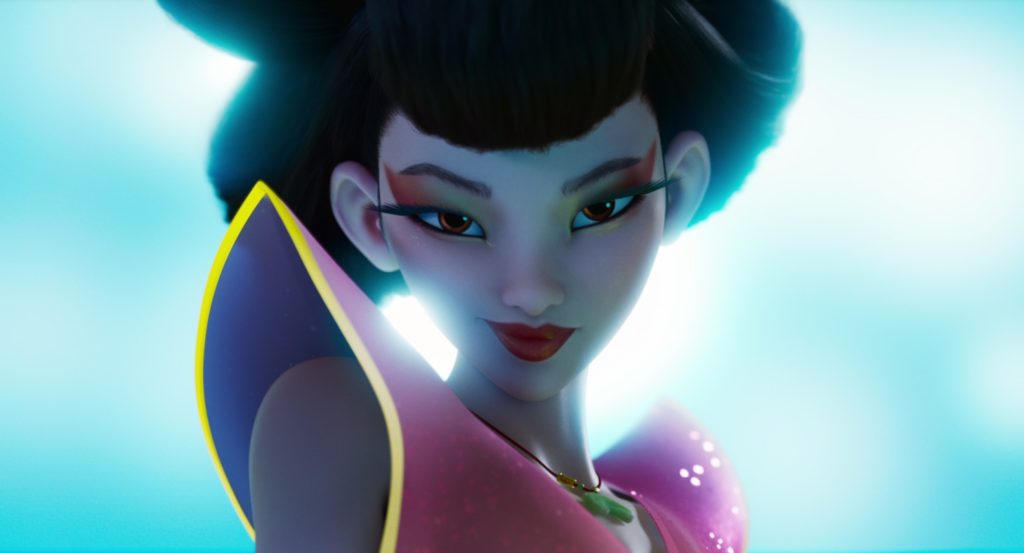 The design of the two is also influenced by this choice, and if on the one hand the girl shows up with clothes and a haircut that act as a mirror for her uncertainty and depression, the goddess of the moon shows off gorgeous, colorful and different styles, which serve not only as a metaphor for his unpredictability but also as a mask able to hide the pain he feels for the loss of his beloved Houyi.

As mentioned at the beginning of this review, we are talking about a musical in a modern way. And what musical would it be without a soundtrack? Although the 8 songs within the film may make fans of the broadway musical turn up their noses relentlessly, Over the Moon makes up for this apparent flaw with variety. As in ping pong, the music continues to travel from one side of the rhythmometer to the other. If with some songs the film tries to make its own the classic style of "Disney", calm and fairytale; with others the spectator is brought back to the present with songs inspired by the pop currents of recent years. And if I had to recommend someone to listen to two songs from the film, my choice would fall on Rocket to the Moon e Ultraluminary, two perfect examples of the above concept. 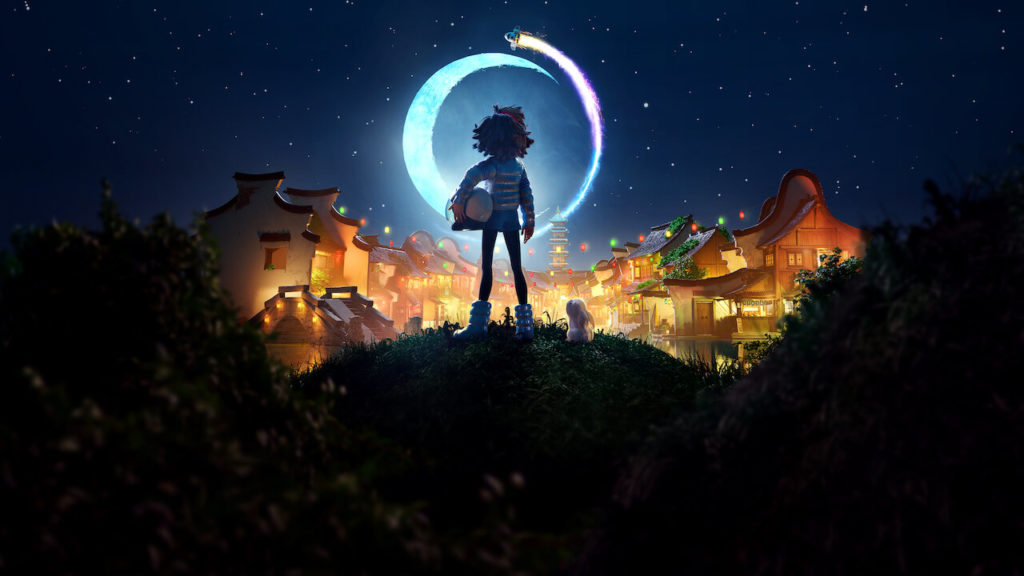 Definitely, Over the Moon is an exciting movie, fun to watch and a great confirmation for Netflix and the quality of its animated products. If I wanted to be picky, a small note of demerit must be given to the finale, triggered by deus ex-machina all too absurd, even for such a product. Obviously, viewing in the original language with English subtitles is recommended. Italian dubbing is good, but it tends to take a bit too much liberty in its adaptation.

Detective Pikachu is already online, but that's not what ...