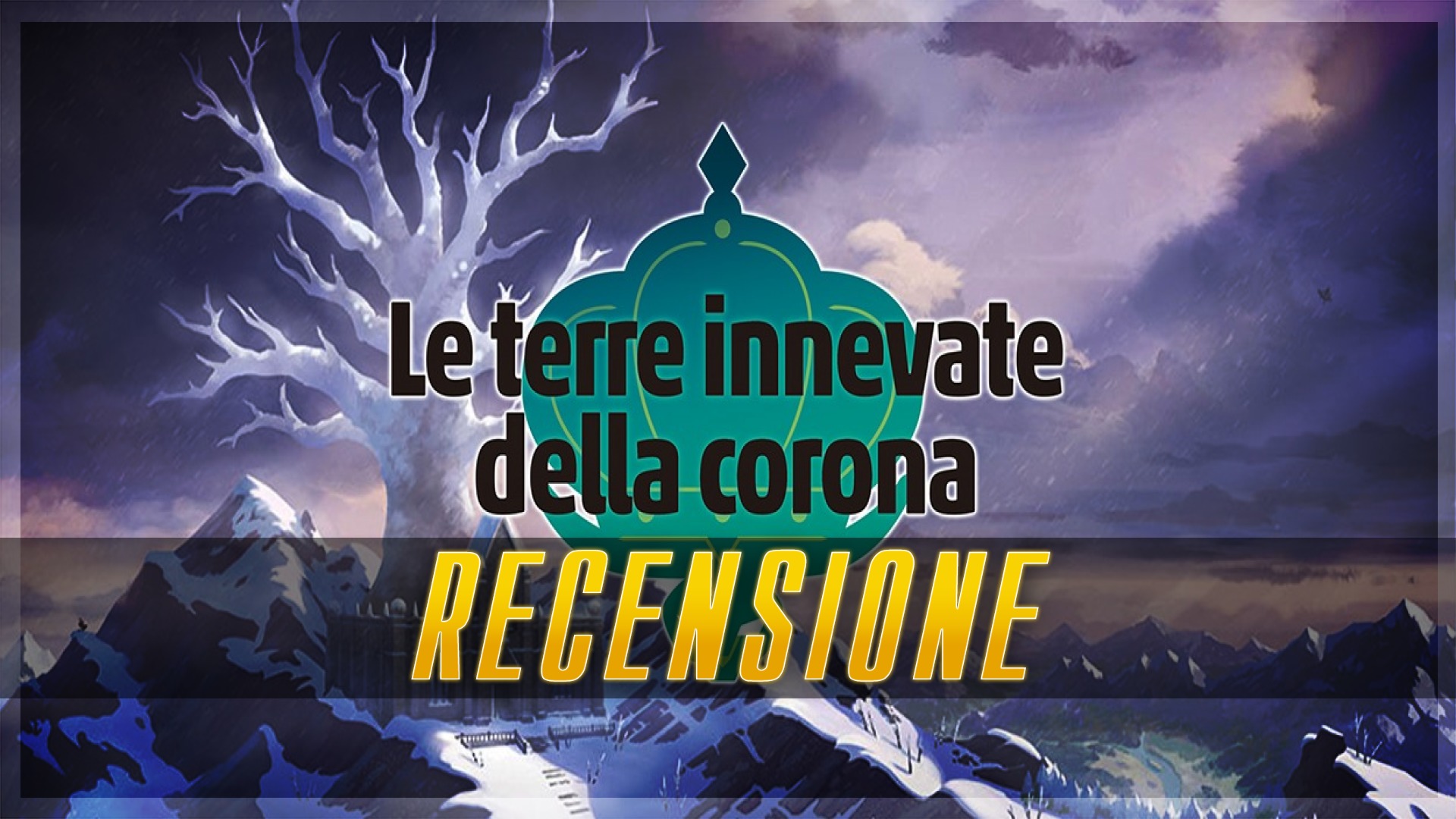 After the half disappointment of the first part of the Sword and Shield Pokémon, how it will have behaved Game Freak with the second content, entitled "The snowy lands of the crown"?

Return to Galar, for the last time

As already happened for the first part of the package, as soon as the game is updated you will get the pass to face this new adventure. Pass Corona in hand we go, once again, to Brassbury station for what, once again, will be a simple transition scene towards the new area. Once you get off the train, the pokédex is updated to be able to register the many monsters present in Landa Corona, the snowy lands of the title, the true focus of this second content. As soon as you leave the station you will meet the key characters of the experience: Peony and her - somewhat annoyed - daughter named Nia. This first fight brings us back the level scaling system based on medals already tested in the first part of the expansion. Once the battle is over, the Crown Rift is ready to be explored.

After exploring the first snowy lands zone, the plot pushes the player towards the first exclusive mode introduced with this extra content: theDynamax Adventure. Already shown during the direct, this is nothing more than an underground labyrinth called Dynatana in which to make your way with a borrowed Pokémon. Here, after facing a series of monsters with three other trainers as in the game's raids, you come face to face with a legendary creature from past games.

While on the one hand the joy of seeing the mythological creatures that wrote the history of the brand and of our childhood is undeniable, on the other hand the feeling that Game Freak has inserted these characters without contextualizing them in the game world of Pokémon Sword and Shield is very strong. 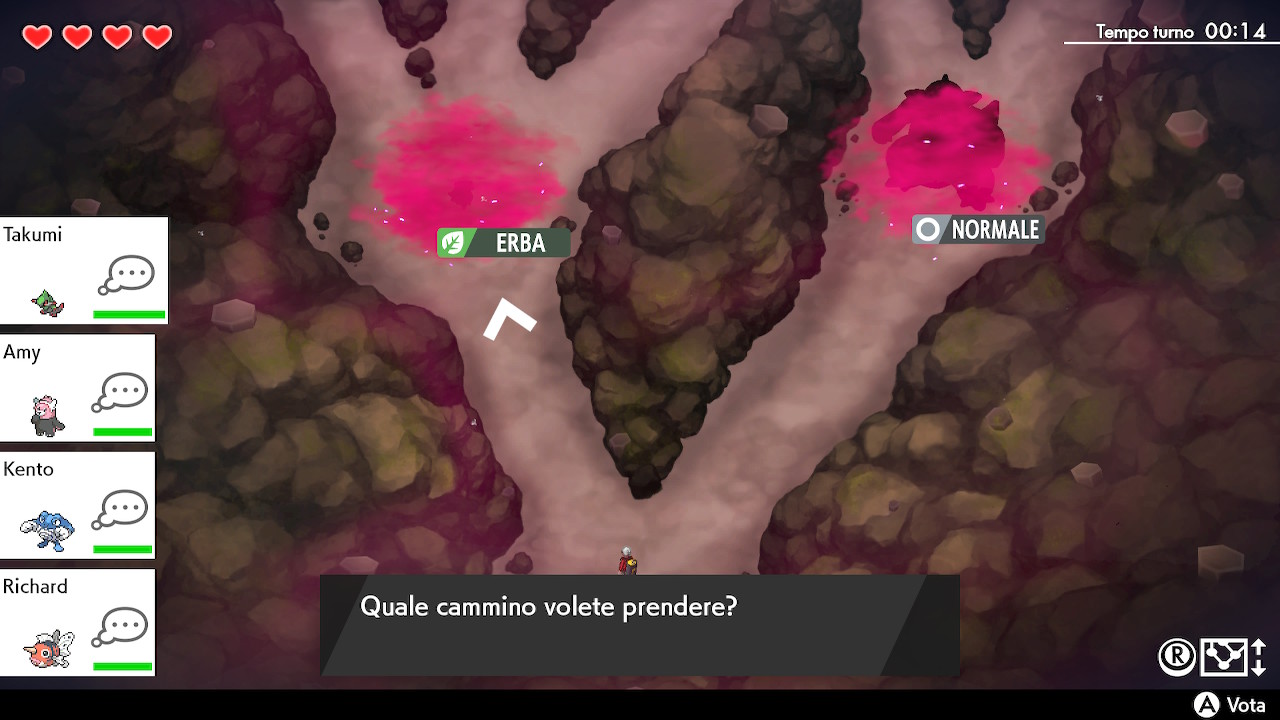 In addition to the Dynamax adventure there is also a new competition called "Tournament of the Galar Stars", a 2v2 single elimination tournament that features champions already known in the base game. A short and certainly appreciable parenthesis dedicated to the competitive one which only appears at the end of the expansion.

Once in the village of Freezedale, the storyline of the DLC kicks off. This focuses on the legendary Pokémon of Landa Corona, between forgotten gods and connections with mythological beings from other regions already visited. The story is divided into three main missions, each of which leads the player to explore the new area far and wide to solve the "mysteries" related to the majestic guardians of this snowy land. Although we can certainly not talk about a powerful and innovative narrative component, the quests - especially the first - entice the player to discover more about the legends around the mysterious Pokémon and the lands they protect. Among these, the second is probably the one with the least bite due to banality of the proposed puzzles, but it's still not boring.

As confirmed by Game Freak itself, this content is dedicated to the exploration of the snowy lands, and we can safely say that this is true. You explore and have fun doing it.

The Copperajah in the room

Let's talk about the elephant in the room or, in this case, the Copperajah: dal technical point of view this second part of the expansion also has the same problems as the base game and the Solitary Isle of Armor. The environments are large but empty, the animations of characters and pokémon limited, the polygonal mass of the natural elements still embarrassing and the dancing frame rate.

However, an applause must be made to the new audio tracks present in some salient moments of the plot that, between rearrangements of historical OSTs and new songs, are never dull.

Thus ends the eighth videogame generation of this over twenty-year-old brand. A generation that will probably become the least memorable. The life cycle of Sword and Shield ends with the snow-covered lands of the crown, an additional content that, after having dedicated itself to the competition last June, remember - albeit on a smaller scale - the wonder of exploring a world ruled by mythological beings, the amazement of finding them face to face and the thrill of capturing them. For this alone, the Expansion would deserve to be purchased, were it not that the aforementioned legendaries - except Calyrex - seem to be inserted by force, without a hint of plot to explain their existence. If you consider the plot in the Pokémon games a simple frill, throw yourself into the expansion without hesitation, otherwise do the math in your pocket.

Now the saga requires a real quantum leap. A leap that could come thanks to the recent move of the Game Freak offices close to the Nintendo ones. While waiting for the ninth generation, a jump to the Crown Rift could make you rediscover the charm of the Pokémon world.

Piermatteo Bruno - 16 September 2021
Let's go back to Battlefield 2042. After the presentation of the latest EA Play, the new chapter of the DICE shooter series seemed to have disappeared from ...
News

Piermatteo Bruno - 16 September 2021
In the last few hours, the sixth anniversary of the release of Undertale has been celebrated, the indie title that has shaken the videogame market and generated ...