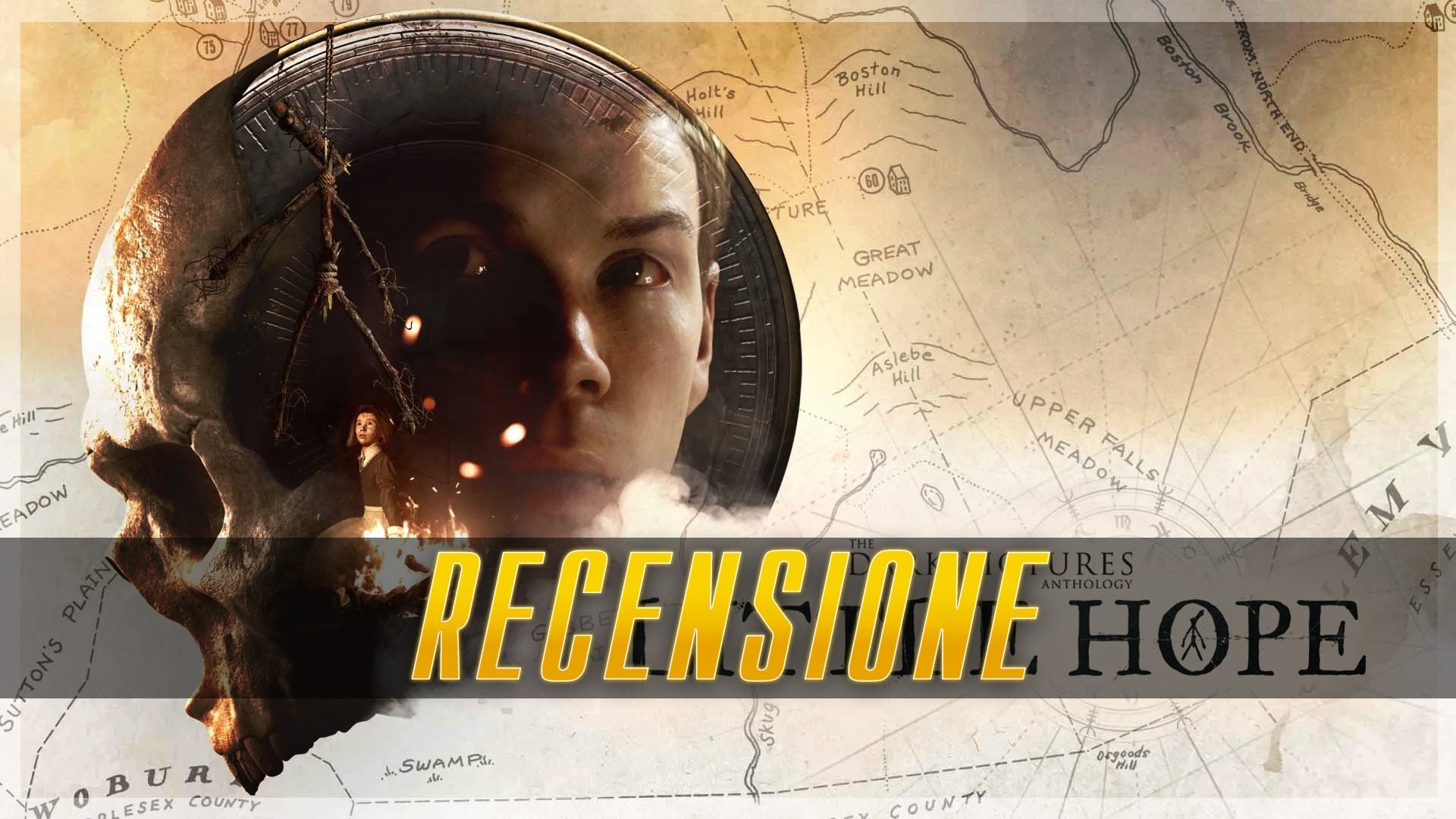 The Dark Pictures Anthology: Little Hope is the second game in the anthology of horror titles in the Dark Pictures series. The premises seemed, already from the little information arrived, decidedly superior compared to (un) lucky previous chapter. However, given the failure of the previous episode, a question arises: does this game manage to surpass Man of Medan in terms of quality? Let's find out together with this review.

The peculiarity of the Dark Pictures Anthology series, developed by the guys from Supermassive GAMES, especially known for Until Dawn as well as for the already mentioned Man of Medan, consists in staging a series of graphic adventures (all mostly horror-themed) that places the interaction between different characters and the moral choices made by the player at the center of the narrative development, which could prove to be right or, in some cases, wrong . The peculiarity of this series, however, does not only concern everything concerning the gameplay: in fact, the developers, to create these stories it seems they were inspired by some facts and legends that surround us in real life, obviously romanticizing them, thus creating a series of chapters all disconnected and with different timelines.

However, despite a rather lukewarm reception from the previous chapter (mainly caused by numerous technical errors) Little hope representsin fact a little hope of rebirth regarding this peculiar series: Bandai Namco, in fact, particularly believed in the project and i positive results, especially as regards the technical sector, they are quite evident. 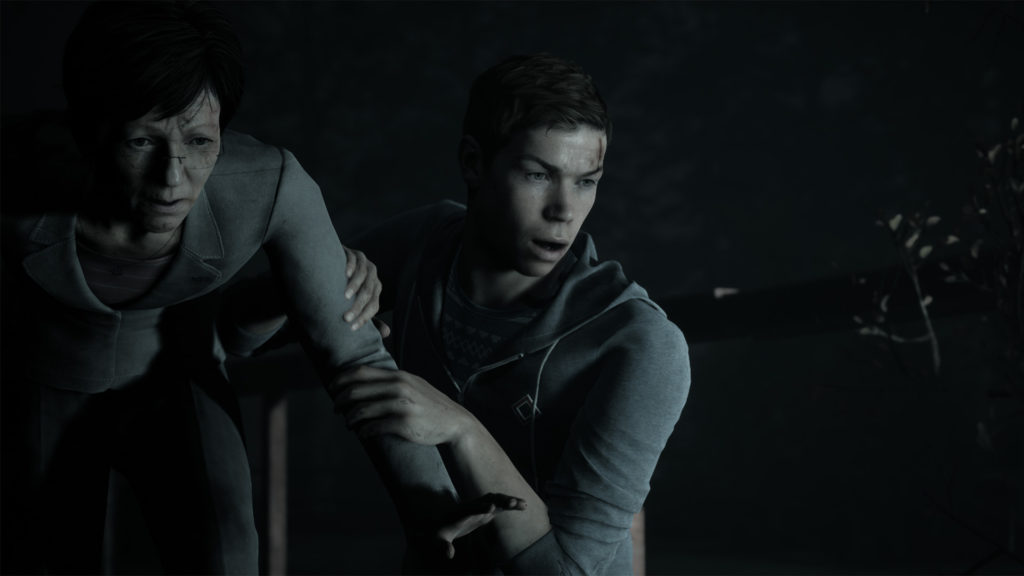 As previously mentioned, this anthology is mainly inspired by real events and some urban legends. Little Hope is loosely based on what, specifically, a particular public (the American one) knows well: the Folklore inherent to terrible event of the witch hunt which covers the period from 1450 to 1750 and which caused between 35.000 and 100.000 victims worldwide. Many of these unfair and well-known trials took place in the city of Salem, however in America there was another city where these episodes were not new: Andover, in the state of Massachussets, which, similarly to the other American city, has seen several convictions for witchcraft. And it is from these cities that the work takes inspiration.

Fortunately, the title manages, to tell the truth without too much effort, to exceed the quality of its predecessor not only visually, but also for how the developers have managed to evolve the plot of the game and, without giving you too many spoilers, I can safely confirm that the tension is much more palpable and perceptible, with several twists that make the experience more engaging. The group of protagonists is formed by five guys, among which Andrew (which is played in the original version by the English actor Will Poulter, known primarily for participating in the interactive Netflix episode of Black Mirror). Before acting and carrying out any action within the game it is important, if not fundamental, to carry out certain moral choices. Remember that the title is mainly based on what you select and this particularly affects the continuation of history. However none of these choices guarantees (at least immediately) positive or negative options, but consequences that derive precisely from how we decide to characterize the current character. 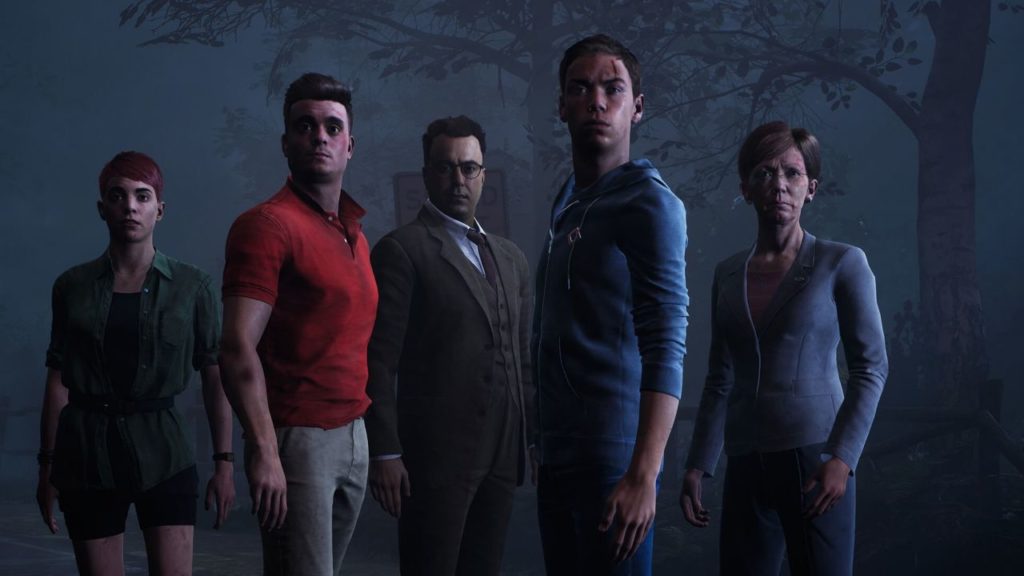 Il title, fortunately, it is available in Italian both for what it's about the menu that for the location which involves the voice actor Renato Novara, in a convincing interpretation. In general, the entire cast is superbly voiced and manages to feel the constant tension.

The Supermassive Games video game, like the previous one, presents different ways to face history: if you are “daring” you can tackle history alone, otherwise there is a special section dedicated to those who want to play with friends. Speaking of the singleplayer version, the story appears more standard, allowing the player to customize their experience thus focusing on the characterization of the different protagonists. In addition, there are also clues scattered around the map that are useful for seeing some events in advance and which, consequently, could be useful to moderate your future choices / options.

Considering that for the entire duration of the game we must take into account the different personalities of the protagonists involved, I recommend that you carefully observe, without making spoilers, the different traits of their personalities to progress serenely in the story. During the entire gaming phase, however, we are accompanied by the narrator of the Curator, a man who (as already seen in Man of Medan) explains us not only how to approach the game during the early stages but constantly comments on the events in which, tragically, we are involved. 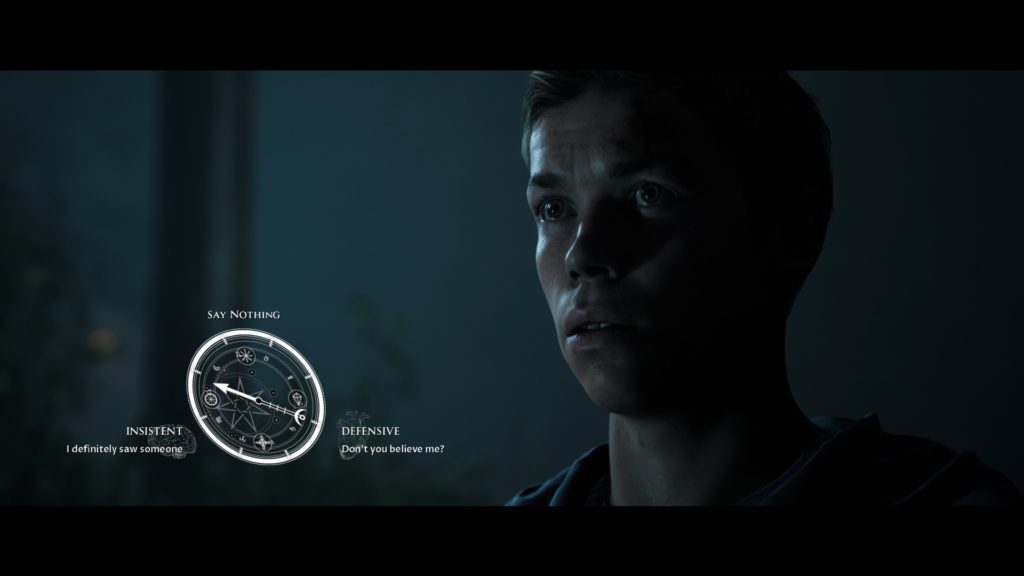 For those who do not particularly love horror but want to rely on a shared experience, Little Hope also allows you to play together with other people with the "Don't play alone". Similarly to Man of Medan, the opera allows us to try the title in the company of friends by sharing the experience and giving us the possibility, through a joypad, to choose which character to be and exchange it during the interludes which involve the selected characters. In reality this version does not bring too many changes compared to what was seen with the previous episode. The same cannot be said regarding the other mode always present in multiplayer: "shared story online". Although it was also present in Man of Medan, in this version not only the gaming experience will be shared with a friend, but there are some unedited scenes that are not available in the single player version, unlike the predecessor. Obviously, this choice involves not only new interactions (dialogues and choices) but also unpublished and intriguing implications. So to better complete the gaming experience, I would recommend this mode.

Fortunately, if Man of Medan had many (perhaps even TOO MANY) technical errors, the developers of Supermassive Games listened to the feedback of the different players, thus finally managing to bring a gaming experience worthy of a horror title. If in the previous one the scares were not particularly due to the story itself or to the settings but to too many bugs and technical problems (sometimes I do not hide hilarious), in this case on a technical level we find ourselves in front of an excellent job also as regards the details of the various settings. The animations also appear smoother and overall everything seems to work, save for some small drop in frame rates that could occur during quick-time events.
The gameplay is also improved: for example dialogue choices have been expanded and during the QTEs, special stamps appear on the screen that indicate what type of event is happening. 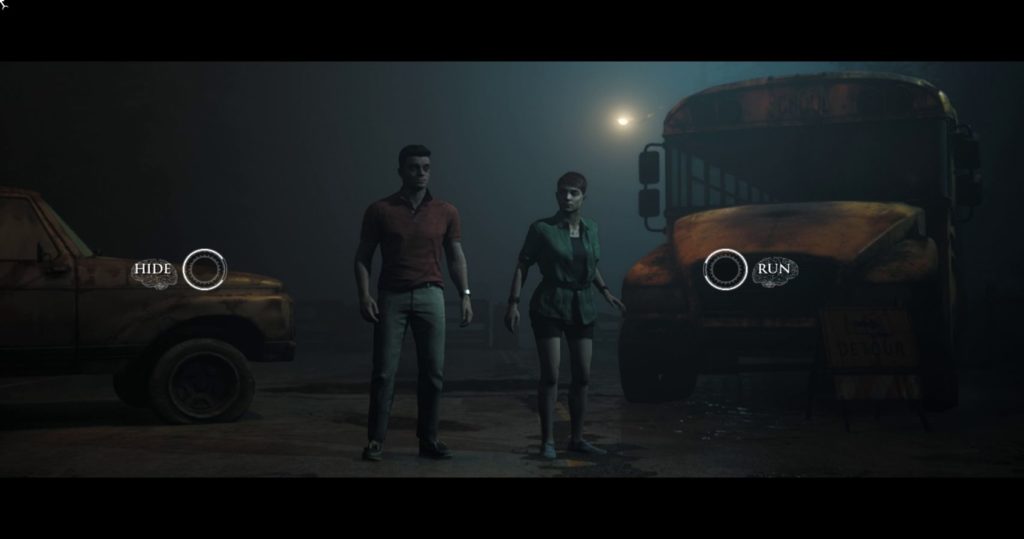 Little Hope, the ghost town of the same name where the events take place, is decidedly more interesting and disturbing than the ghost ship of the old chapter, with an atmosphere full of dangers and pitfalls in darkly colored environments. There is no shortage of jump scare but even this chapter does not have excessively horror elements. However, I would like to say that this fact mainly depends on the sensitivity of each individual player, so it's up to you to decide whether the title is actually terrifying or not.

In conclusion, Little Hope greatly improves both the game and gameplay experience of the previous Man of Medan chapter. Waiting for the next game (scheduled for 2021, probably on Halloween), we would like to recommend this game experience that in about 6 hours, it is possible to conclude.

Piermatteo Bruno - January 26 2021
Scavengers Studio, the developer behind games like Seasons and the ill-fated The Darwin Project, has been deemed a toxic environment by more than nine ex-employees ...

The Suicide of Rachel Foster - Review