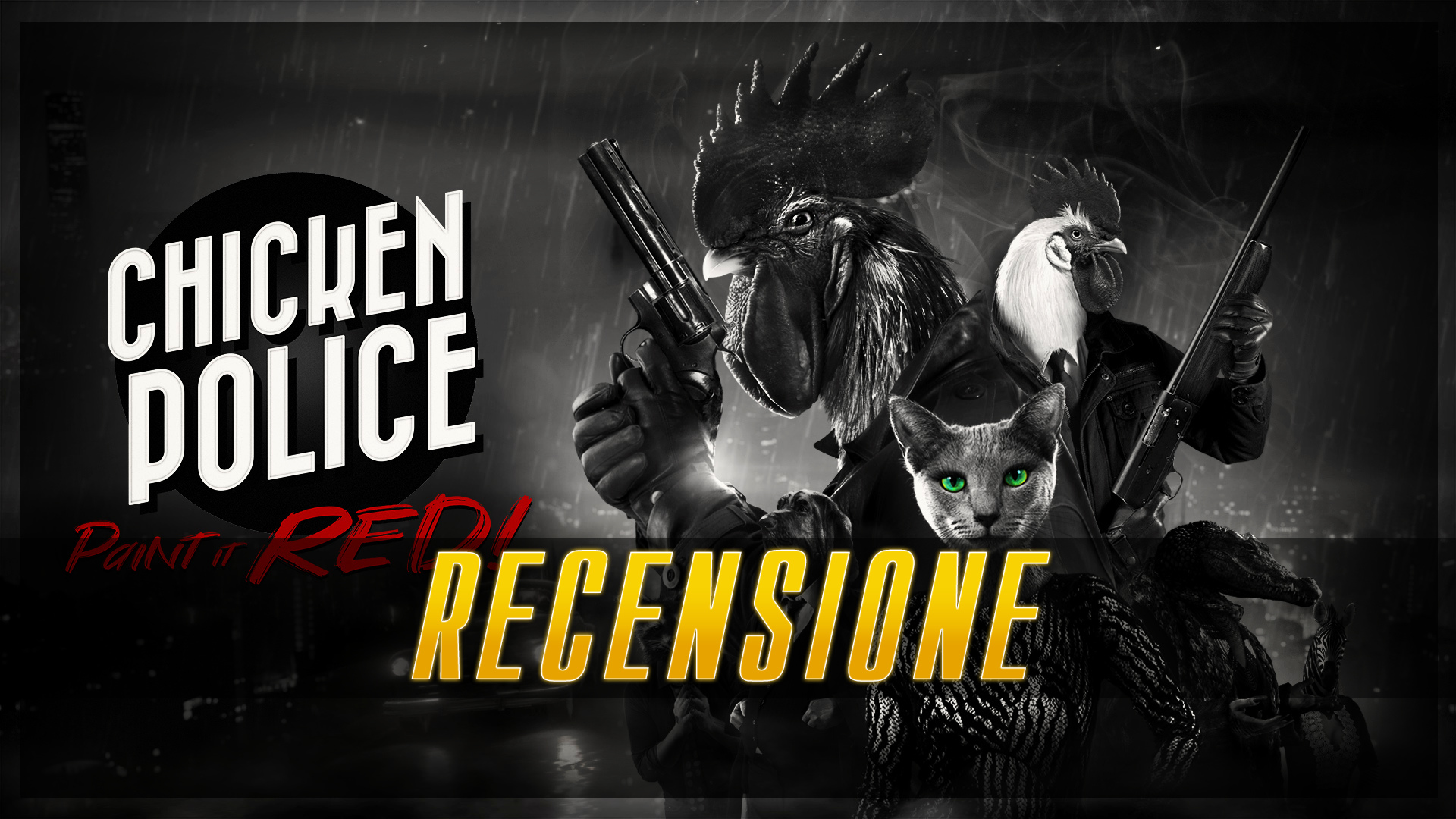 If I had to use a term to define Chicken Police, would be the ideal template for a Game Designer business card. Sure: The Wild Gentlemen it is not an independent studio run by inexperienced people, but by veterans able to work within various productions Tripla A such as The Witcher 3, Call of Duty, Crysis and many others; nevertheless, the choice to produce a graphic adventure, a genre that at the programming level requires less effort compared to other genres, allowed the team to counterbalance the simplicity of the gameplay formula with an original art direction that is currently under-researched in our market. But let's go back to the beginning of everything, let's try to collect all the possible clues and solve the mystery: Is Chicken Police a good product despite its simplicity?

The story of Chicken Police is set during the New Year's Eve celebrations in the city of Clawville, an animal city described as hell, where predators and prey live together despite the expansion of organized crime and prejudice between races. Back home after a night patrol, the agent Sonny Featherland receives the visit of fatal woman Deborah that, taking the place of the lady Natasha Catzenko, instructs the detective to investigate some threats aimed at the latter. This new case leads him to reconnect with his ex-colleague Marty MacChicken and to face the ghosts of his past. During the investigation, the detective comes into contact with several influential figures of Clawville, such as Ibn Wessler, Catzenko's lover and undisputed boss of the city, to lead him to the discovery of the darkest and most forbidden secrets of the metropolis. 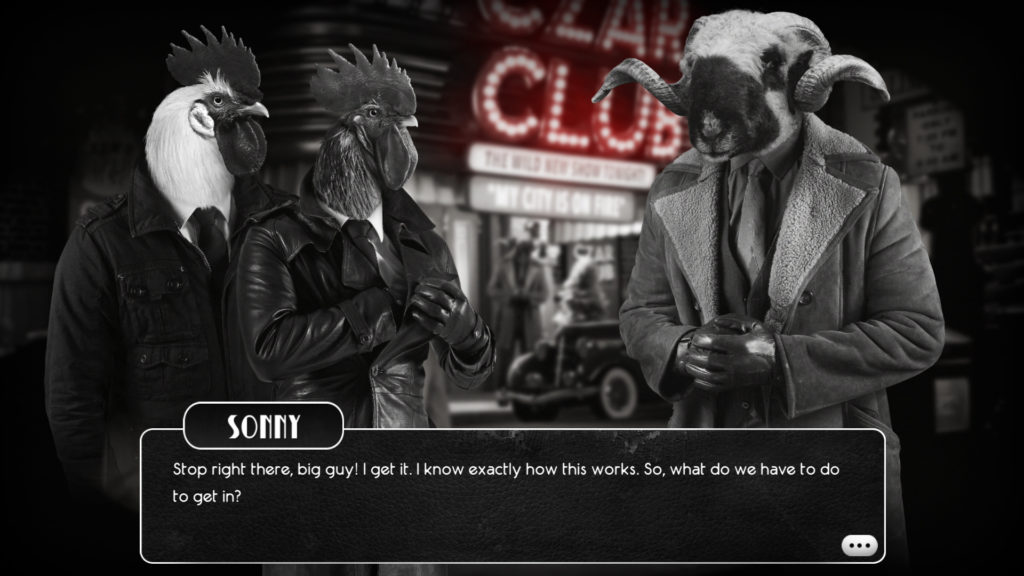 As seen in other entertainment products such as the Disney movie Zootropolis or better yet in the latest Japanese anime Beastars, the idea of ​​inserting animal creatures within a social context likely to ours, complete with cities, towns and institutions dedicated to them on paper it is interesting. This ploy in somehow it allows us to criticize and reflecting on the human being - not only as an individual but also as a society, is a kind of gamble. It may turn out well or it may come out like a furry bait. In Chicken Police, unfortunately or fortunately, the anthropomorphic element performs a purely aesthetic function, which in the most extreme case emphasizes the dominant character of the characters or allows the cutscenes to exploit some well-thought metaphor, but nothing else. Speaking of the characters, we cannot fail to mention the relationship between the two cops Sonny and Marty. At the beginning of the game their relationship already exists but, due to a disagreement that ended in a shooting, it is hopelessly compromised. Of course, restoring a relationship of trust is never easy and in the course of the chapters the player can safely expect a clash between the two through jokes, glares or even verbal aggression. To all this, we also add the relationship between Sonny and his past with ex-wife Molly. Without getting into the spoiler, this theme turns out to be a bit too painful for our protagonist who, like any particularly sensitive person, reacts instinctively if touched.

As for the playful part of the game, the gameplay by Chicken Police is divided into three phases: the exploration of the environment, the collection of the various evidence scattered within it and last but not least, the resolution of the case. Speaking of exploration, in full graphic adventure style, the player is given the opportunity to interact with a limited number of elements (whether they are objects or other animals) within the single screen active at that moment. It is possible to move the camera view by moving the mouse cursor to the side ends of the screen, however this option is used in so few sections that it is not decisive for the completion of the main plot. Of course, there are collectibles, puzzles, a series of first-person minigames and it is even possible to unlock some extra dialogue, able to offer additional clues, insights into the background of the characters and able to to complete al 100% the codex of the game. Ethe minds more than appreciatebili within a graphic adventure, ma which unfortunately do not have the necessary bite to entice the player to a second game. 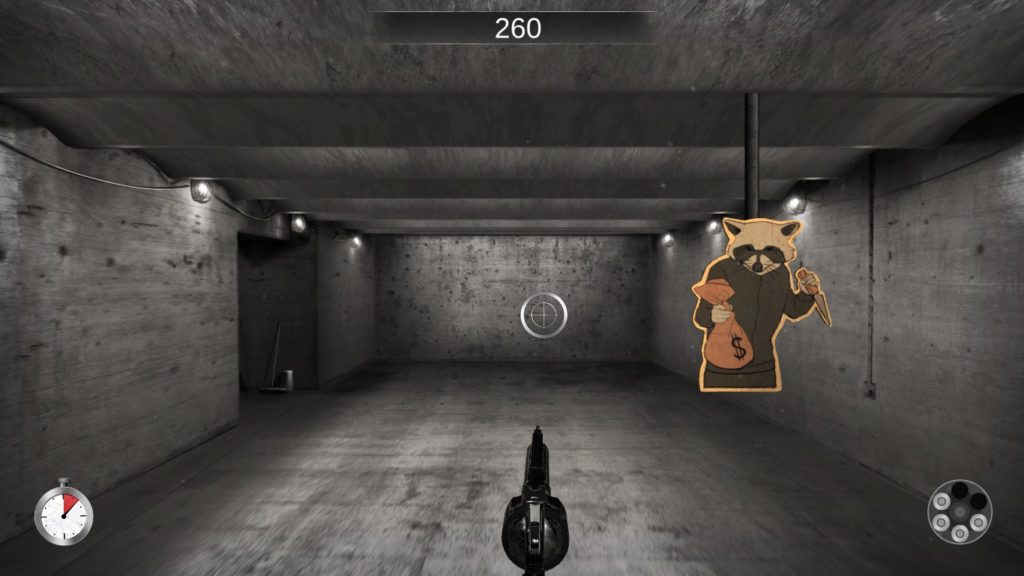 As mentioned previously, through the dialogues the player slowly discovers new clues to use within the phase investigative. You can interact with suspects in two ways: with questions and with interrogations. If in the first case we are talking about a simple question and answer dialogue on a specific topic carried out by the two policemen, questions are the heart of the game. Following Sonny's advice, the player is led to choose the right question at the right time, in order to enter the suspect's psyche and progress the plot. The player goes on anyway, but one is still present focus bar which goes to reward or penalize the player's choices, and then evaluate him with a ranking from 1 to 5 stars, making it the only element that can be used by the player for perfect your skills. 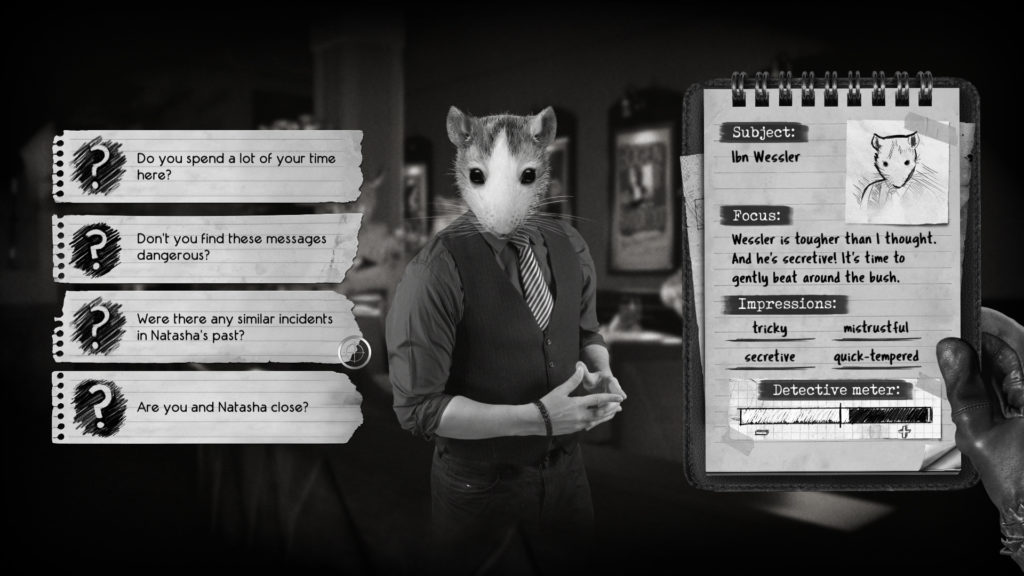 UOnce sufficient evidence has been obtained to solve the puzzle, we move on to solution of the case, through a logical reasoning simple enough where they go to connect the characters met and the evidence collected with dynamics similar to those of a puzzle.

Despite their simplicity, these three elements manage to create an action / reward loop solid around one more than valid narrative and never too obvious, able to entertain the player until the end of the game, which oscillates between a 6-10 hour playtime. But if you are looking for an adventure with multiple endings and David Cage bifurcations, Clawville is the wrong place to look. 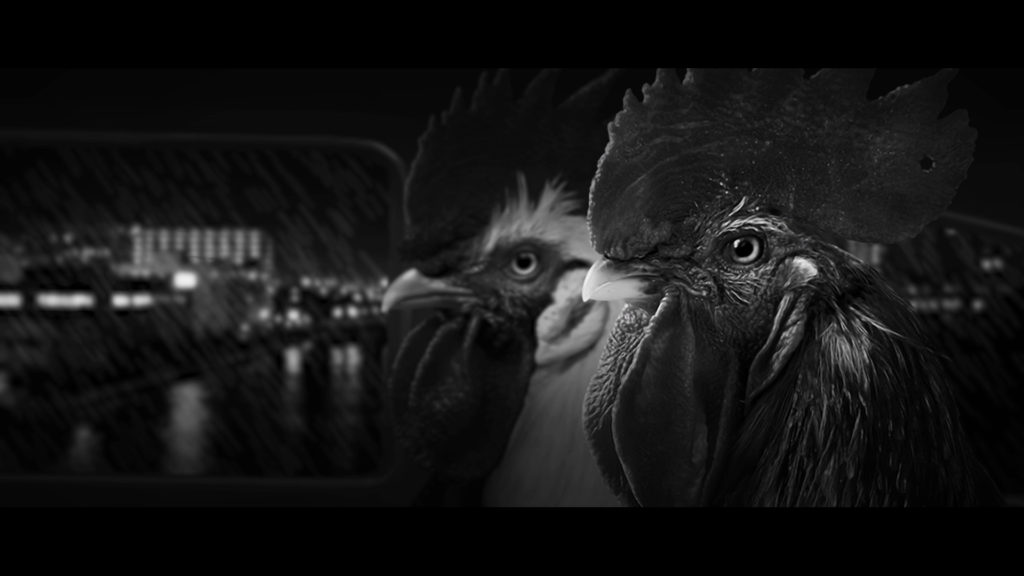 As anticipated at the beginning of the review, Chicken Police shows its best side from the point of view aesthetic. It is quite evident that most of the team's efforts have been directed towards the design of the environments and characters. All these elements work together and hit its target: to recall in every detail the atmosphere of the 40s film noir, even going so far as to leave the genre towards the final bars of the game, to embrace the tones and dynamics of psychological thriller. Honorable mention for the OST, catchy, in full jazz style and with a closing song, complete with lyrics, really delicious. 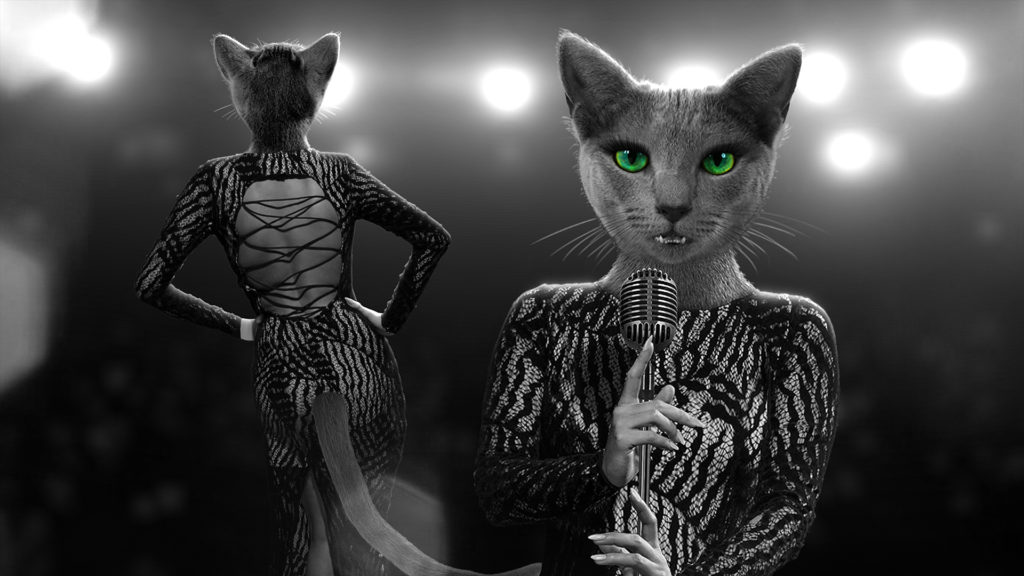 Ultimately, I answer the question we asked ourselves at the beginning of the review: is Chicken Police a valid product despite its simplicity? From my point of view, speaking of a budget production and sold on PS4, PC, Xbox One and Nintendo Switch at the price of 15.00 €... Yes, it's worth it. Despite the flaws - that as far as graphic adventures like this one fall into the sphere of subjective - Chicken Police and The Wild Gentlemen have managed to bring an interesting product to market that I am sure we will review soon in the future.

Oddworld: Soulstorm on PC will be an exclusive Epic Game Store