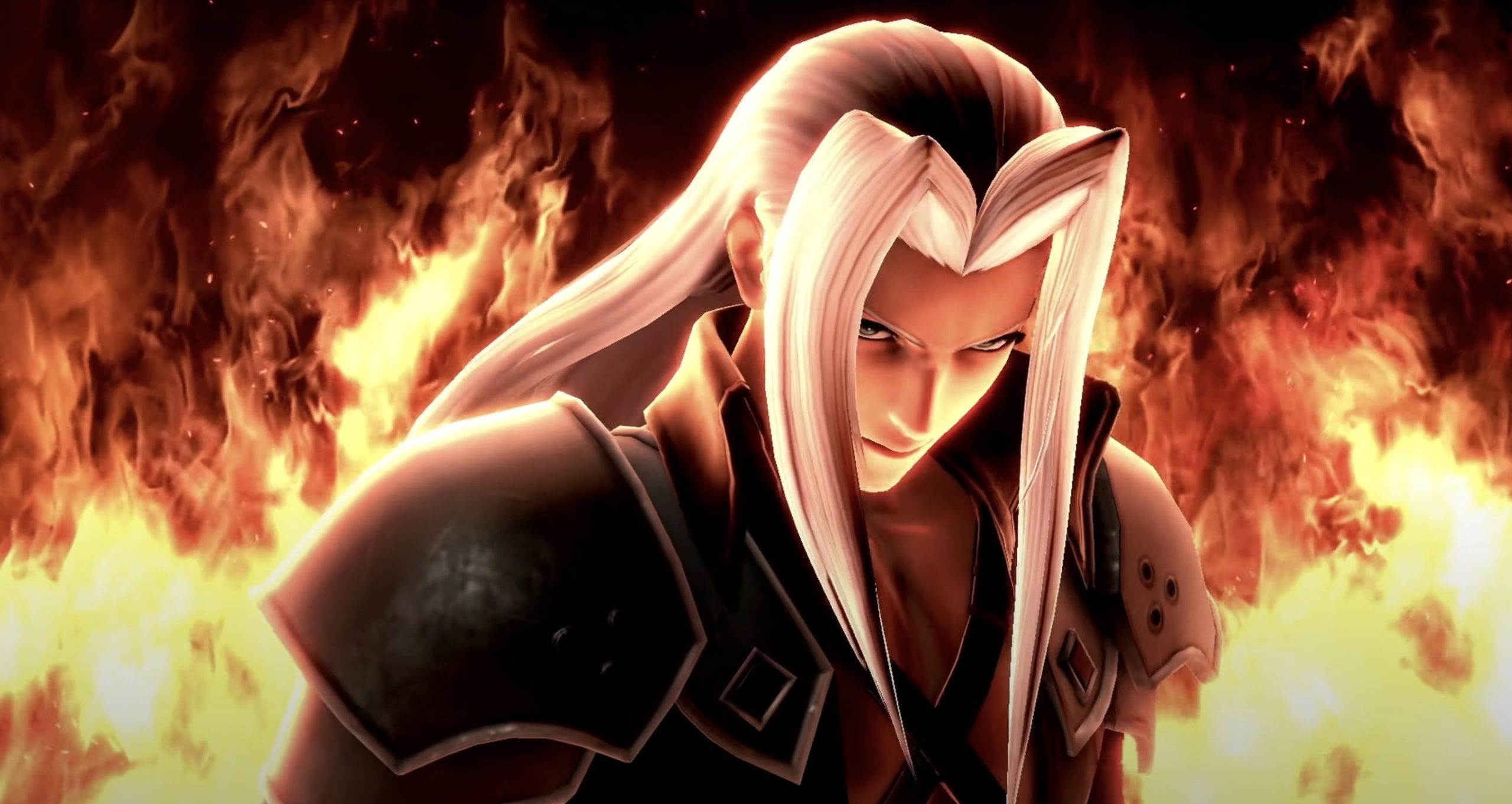 As with any other ad linked to Super Smash Bros. Ultimate, Masahiro Sakurai invited us into the Sora Ltd. studios tonight to take a look at Sephiroth, the latest downloadable character announced during the The Game Awards.

As theorized by fans, the design of this incarnation of the legendary Soldier comes from the film Final Fantasy VII: Advent Children gone out in the distance 2005. But don't worry, the DLC will include many surprises for all fans of the Cloud & friends dedicated saga. But let's start with the moveset.

Sephiroth is a swordsman a long range, prone to edgeguarding and which can face enemies in two different stances: stab e Slash. If with the first the masamune it will deal a lot more damage with the tip of the blade, the second prefers high damage if hit with the middle part of the legendary katana. Also, once a damage percentage search has been passed, Sephiroth will enter Winged Mode, allowing him to increase not only the damage of his attacks, by adding one hyper armor with every smash attack, but also the speed. But be careful: the latter mode will be activated in unfavorable situations.

Let's talk about his special attacks:

Neutral B: holding down the key you can load up to three versions of the Flare cast. Standard magic will travel nearly the full distance of the map; Megaflare will deal more damage but has a shorter range; and finally Gigaflare will inflict critical damage but at the cost of a minimum range.

Page B: Shadow Flare is an attack that can be charged as a Flare and allows you to cast up to 5 dark energy balls that will encircle your opponent, and then attack after a short period of time.

Down B: Spark allows you to cast a barrier that can counter attacks, and then hit the enemy with a blast as powerful as the parried attack. But beware, the barrier can be destroyed by a heavy attack and does not repel bullets. However, even after the destruction, Sephiroth will take no damage.

Up B: Blade Slash is the swordsman's recovery option. As with Fox's Side B, Sephiroth launches into a swift attack that covers most of the stage. If loaded, Up B will become an Octaslash, a powerful series of shots that can throw the victim off the screen.

Sephiroth will be released next December 22, 2020 at the price of € 5,99, together with the internship Northern Cave and 9 new tracks music. However, owners of the DLC (available via single pre-order or via the FIghter Pass 2) will be able to unlock it in advance. As? But obviously facing it in one boss fight! From today until 22 in fact, it will be possible to participate in the Sephirot Challenge, a challenge to the death and super demanding against the strongest soldier of all.

Final Fantasy VII, Square Enix does not guarantee physical copies for everyone ...

Free is Beautiful - Regions of Ruin