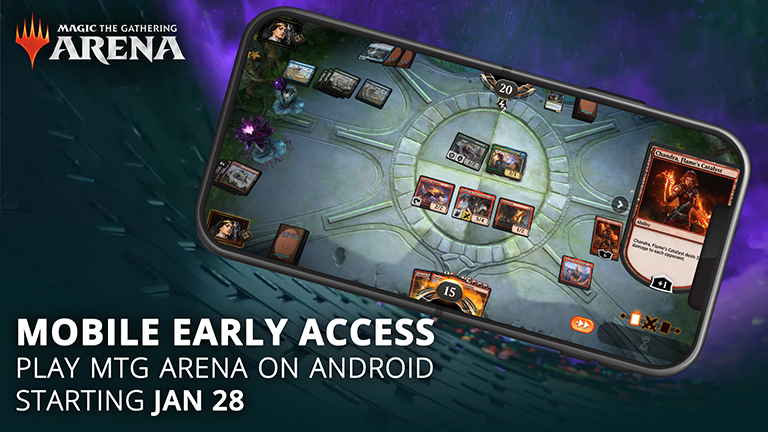 Magic: The Gathering Arena is preparing to land on the mobile market. The videogame version of the most famous card game ever will debut on Android on 28st January, with a first phase of early access destined to also extend to iOS devices in the following weeks.

The mobile version of Magic: The Gathering Arena will be equivalent in content to the existing one for PC: all the formats and all the cards in the desktop version will also be available in the smartphone version, including the new Norse-themed expansion, Kaldheim. The latter will make its debut on January 28th in preview on MTG Arena and on February 5th in the other formats.

Nicolae Locatelli - 20 September 2021
The Jrpg Persona series turns 25 and, for the occasion, Atlus presents the first initiatives for the celebrations. As already announced by SEGA, there will be ...
Reviews

Riccardo Piccinini - 18 September 2021
The Tales series has always lived in a weird JRPG limbo. The first title of this Bandai Namco saga ...

On Hearthstone it will be possible to buy pre-generated decks