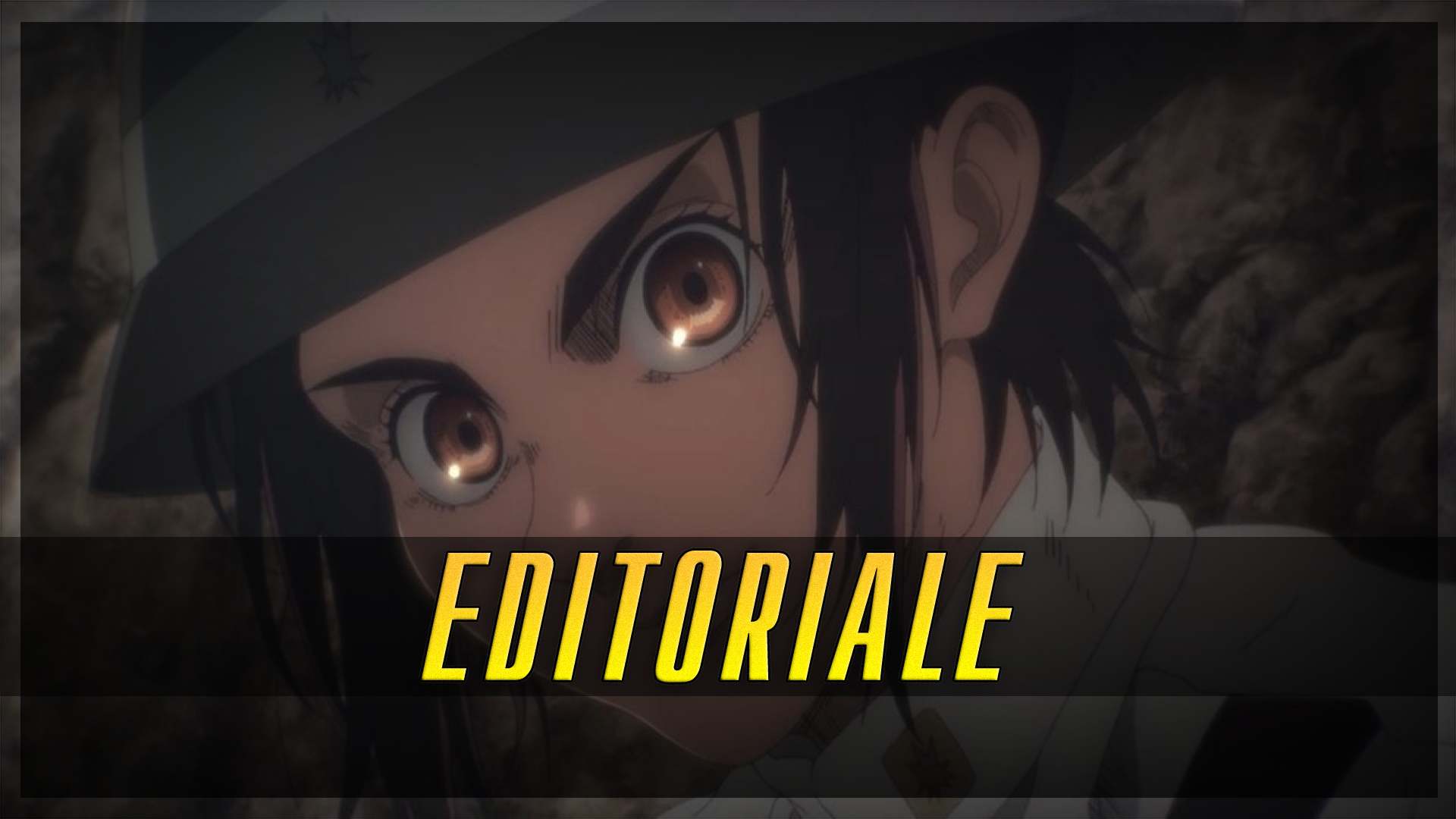 With the birth of the social networks, communities and content sharing platforms, the internet has become a place where to express your opinion on anything: mass media, politics, literature etc. This freedom of ours has been transformed - inevitably - into a double-edged sword, creating what are now called the flame war, diatribes without any other purpose than the generate hate, divisions and - if applied in certain historical contexts / events - generate clicks for newspapers. But there are cases where this "Magic rule" is set aside and the community unites to hate a common enemy and do "The devil's advocate" makes you the number one enemy of the virtual populino. In defense of was born with this objective: to put aside favoritism, to examine certain events, games, characters etc. considered unforgivable and make them shine with a new light. And I would say that the best way to start this new adventure is to immerse yourself in the world of Japanese animation, where the last episode of the fourth season of The attack of the Giants generated - and continues to generate - what is defined in wrestling nuclear heat towards a single character: Gabi braun.

It goes without saying, but in this editorial some of the key events of the work of Hajime Isayama, at least as far as its animated counterpart is concerned. For this reason, I use the last line of the introduction for advise against reading for newcomers to the series and to invite manga-readers not to spoil the events that go beyond the 4 × 08 episode of the series.

But who are we talking about? Who is Gabi Braun? Gabi is one of the Marley Warriors, the elite squad belonging to the army of one of the main nations outside the walls of Paradis, which we learn about during the events of the last part of the Attack of the Giants. The role of these warriors is to use, master and above all preserve the power of the Giants. Over the course of the series, some of these children Special they are sent inside the walls to recover the Founding Giant, operation that causes thousands of deaths thanks to the use of these powers.

But the most fascinating characteristics of these warriors are their age and their origin. We are talking about children of the Eldiana race, the same one that inhabits le walls of Paradis, trained for the war environment from an early age, competing with each other in the hope of inheriting one of the 9 Shifters and being able to save their family from the danger of exile, securing a quiet life as "Honorary Marleyans".

MIn all of this, how can children bear such a heavy burden as the extermination of their own race? Simple, through a filtered folkloric narrative e devoted to hatred, which sees the King of the Eldians abandon "cowardly" a part of his people to themselves, taking refuge on the island of Paradis after the Great War of the Giants, building the walls and creating a new civilization within them. Leaving aside the fact that this information will come debunkate partly by The Leader of Marley himself, Willy Tybur, it is obvious that for a child - unable on his own to judge and reflect with his own head - this reality inculcated by parents, friends and authority becomes absolute and this is exactly what happens with Gabi. The girl is obsessed with her goal, becoming the ultimate soldier-child, a car from war perfect, because he is able to use his childlike appearance as a weapon to kill. But a child is still a child and in the face of the genocidal wrath of the usurper and enemy Eren Jeager, Gabi can not help but scream, losing her mind.

Like Eren in the first episode, iIn a few moments the young Marleyan loses everything: her hometown Liberio, her friends Udo and Zofia - one killed by the fleeing crowd and the other crushed by the rubble - and above all the hope placed in her superiors, who one after another fall in front of her, who can do nothing but ask herself a single question: "Why?"

Unlike the viewer, Gabi lacks the context of this confrontation. Doesn't know what happened in previous years / seasons, if not some twisted tale from cousin Reiner.

Once again, a narrative filtered by the prejudice and psychological state of the boy, who portrays his former comrades in arms as bloodthirsty beasts, without mentioning who made them so: himself, crossing the walls of the Wall Maria 9 years earlier. Anger rises, Liberio burns and after witnessing yet another murder, the face of the sniper who killed the two guards of the district is imprinted in the eyes of Gabi, the last familiar figures of the girl: Sasha Braus, the potato girl.

And this is where one of the most important events of the last episode of the series broadcast last Sunday starts, “Assassin's Bullet”. Unable to justify the atrocities committed by the research body as does his friend and rival Falco, Gabi literally takes flight to the airship hangar with the much hated demons on board, takes aim with the rifle and shoots in the stomach of Sasha, killing her.

We have the identikit of our murderer, we have the motive and the crime committed. There is only one thing missing to consider: the verdict. First, we need to talk about how Isayama ties his work to consequences. The Attack of the Giants is born and feeds on the relationship cause effect since its first frames. Trying to give a simple example, avoiding going too far back: without the fall of the Wall Maria, Eren would never have sworn to kill the giants, he would never have inherited the power of the Founding Giant and he would never have invaded Liberius, leading Gabi to do that. What did he do. 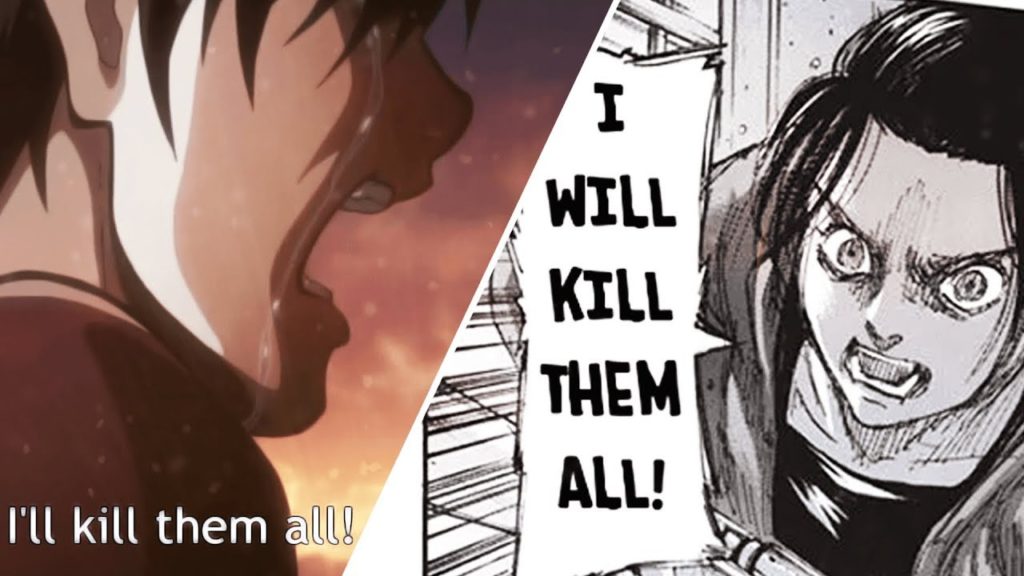 In this single scenario Gabi is a victim. But then why does the fandom have almost universally took the defense of the executioners and in some cases reacted with violence and hatred, just like the cadets of the research corps did? Indeed, a part of the fanbase - rather toxic in my opinion - has gone even further by coming to create hate pages on tumblr, to send death threats to fans of the character and the original voice actress (Ayane Sakura) and to post videos like this:

Obviously we are talking about a small one vocal minority of the public who cannot distinguish reality from fiction, but this can only bring to light the greatest hypocrisy hidden within the work of Hajime Isayama. Because in truth, overcome the pain caused by the disappearance of one of the our darlings, we viewers DON'T we are of course of the clones di Floch, the perfet extremistto who justifies his destructive fury with his ideal of justice, just as we spectators exalt ourselves and applaud the deeds of Levi & company singer, the so-called good guys.

Who is right? Who is wrong? This is the riddle behind it the 360 ​​° moral of Hajime Isayama, an enigma that going forward in this Final Season (and perhaps beyond) will be solved. But right now, in this article, I can't help but scream out loud this statement: Gabi did nothing wrong!

Here is N-Ko, the Netflix VTuber