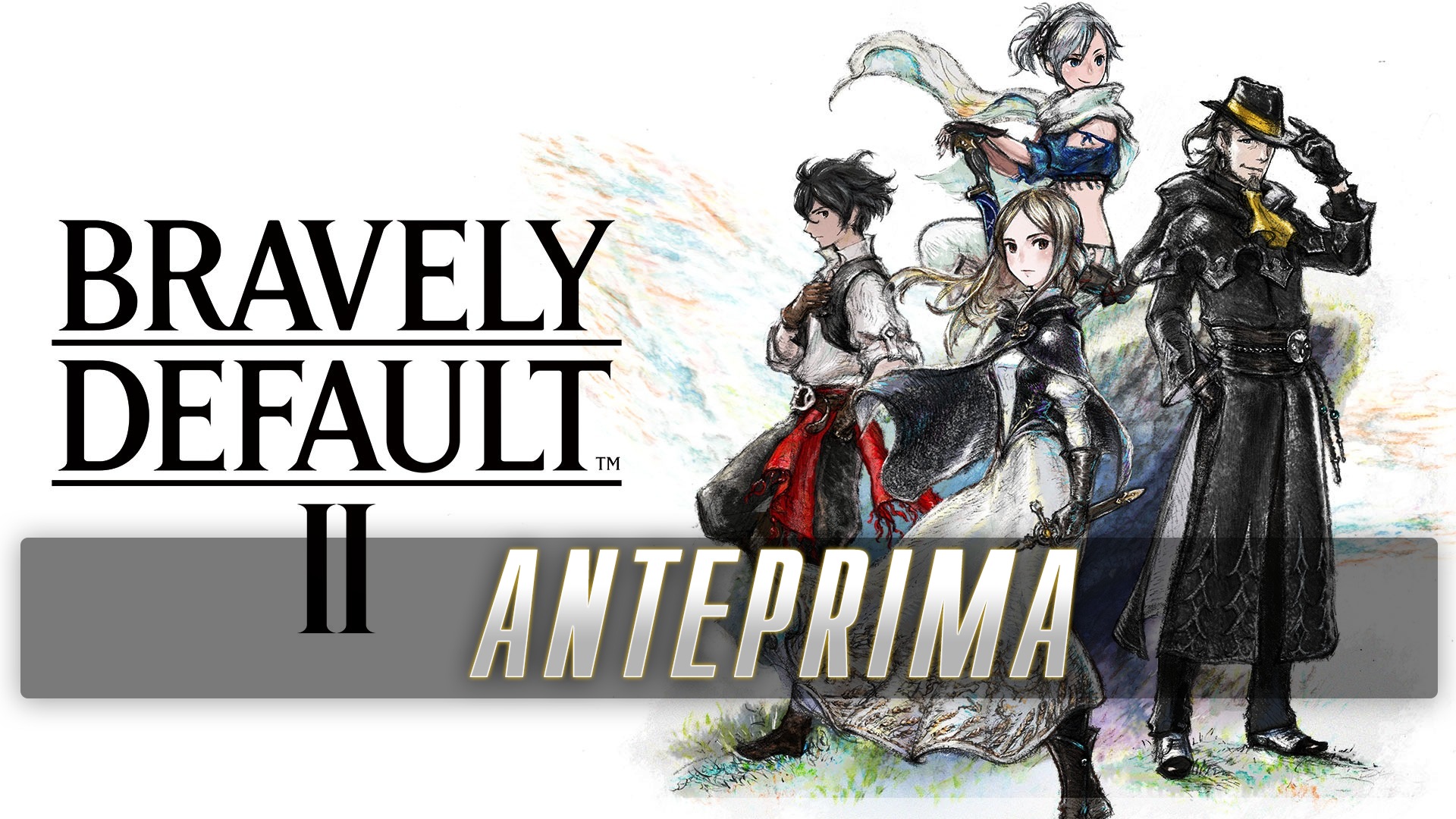 In such a stressful and complicated time to live, I really missed a good old shift-based JRPG. My heart just wanted Bravely Default II, I just wasn't aware of it yet. Eight years after the first title in the series and four years after the (wonderful, in my opinion) sequel, I had almost forgotten how much this saga was able to keep me glued to the console. In fact, it represents the love for the most classic gameplay that exists, enriched with interesting elements that allow you to increase the strategic component. 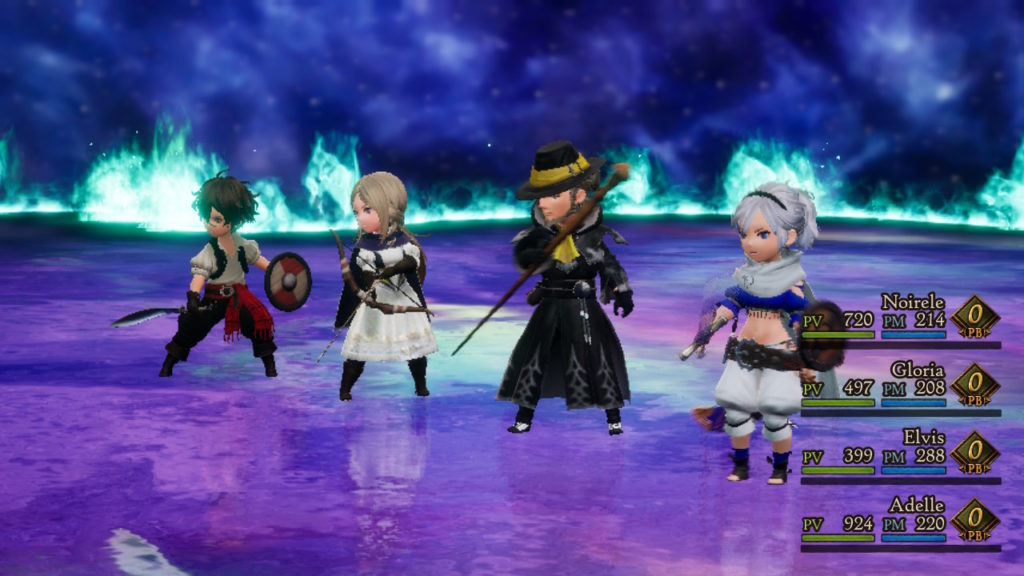 The first ten hours passed a Excellent it got me into the game properly, which promises a remarkable longevity: it was barely enough appetizer to write this preview. There are some elements that immediately stand out, first of all the good level of challenge offered by Bravely Default II. It is indeed possible to choose the difficulty of the game, but I think that Normal is already interesting and fun for the average player. Choosing the right tactics with which to face battles, even the seemingly trivial ones, is essential to obtain good results. In addition to the classic attack and skill commands, there are options Default and Brave, which allow you to accumulate action points or borrow them from subsequent rounds, acting several times in a row. We undoubtedly tend to abuse the Brave in the first hours of the game, but going forward this strategy tends not to pay and it becomes necessary to think more carefully about which keys we press in battle. The delicate balance between waiting and murderous fury: this is the strength of the game. 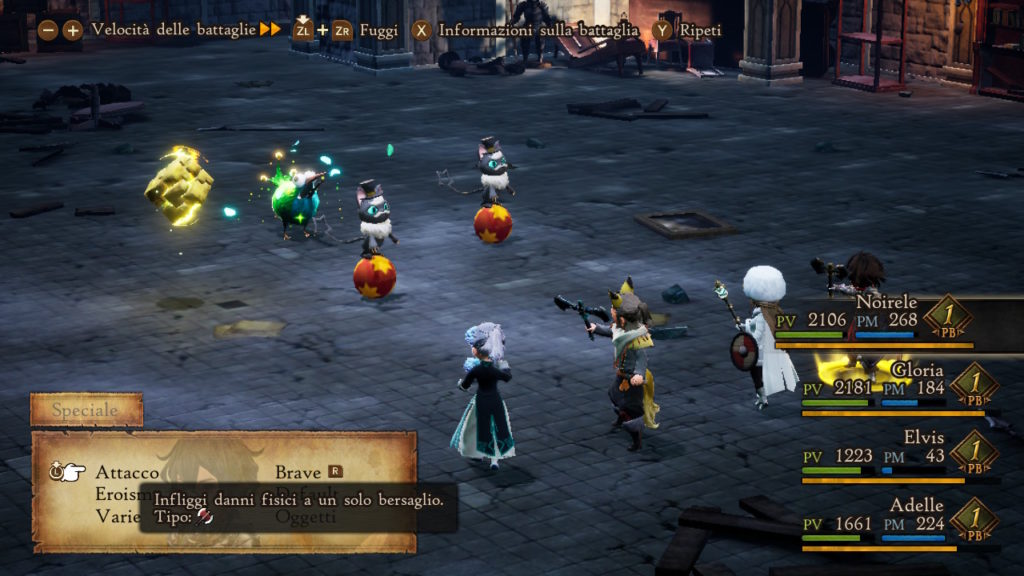 In addition to this possibility, Bravely Default II offers an interesting class system. As was the case in previous titles, we can make the characters change jobs at any time, without suffering too many negative consequences in terms of growth. In the first hours of the game I got a fair amount of classes, albeit none of them completely satisfactory: the impression is that, as often happens in titles of this genre, the difficulty is higher at the beginning than in the mid-game. The secret to success is to learn skills from different jobs and mix them together, creating the perfect warrior. Not having the skills I wanted yet, I had to make do with grinding: increasing the level by fighting dozens and dozens of battles is a fundamental component of the title and is made less tedious by the presence of commands that allow you to speed up the fight or repeat the actions performed previously. Despite this, exploring the dungeons did not give me the satisfaction I hoped for, thanks to a map structure that is not too complex and consists of an infinite number of corridors that repeat themselves. 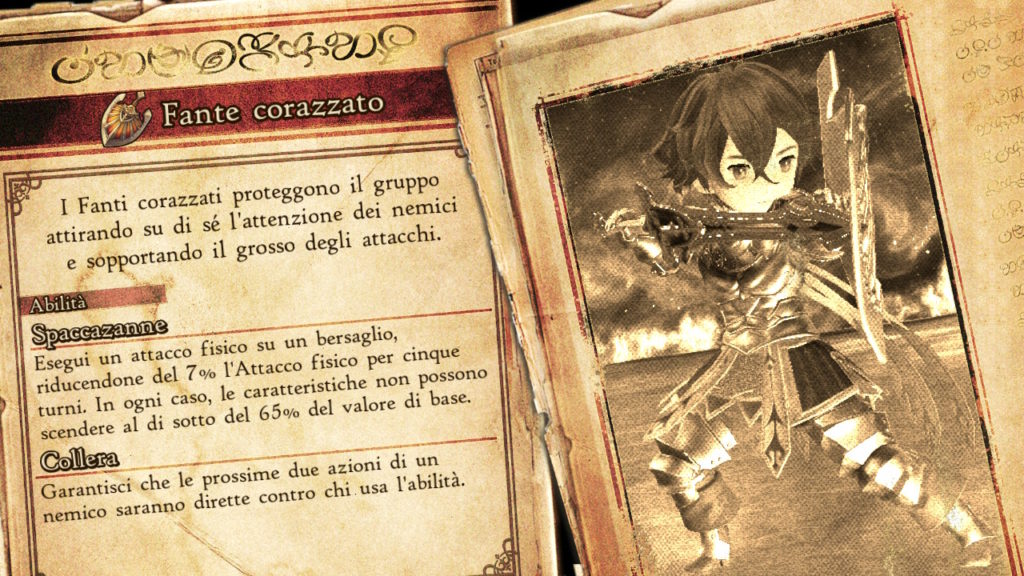 There are little surprises out there, like rare monsters or treasure chests, but nothing that makes it really exciting to explore the world, which is essential for leveling up. In this chapter of the saga it is not possible to reset the random encounters, but the enemies are visible on the map, so it is still easy to get around them if you want to avoid the confrontation. Sometimes it's even necessary - some battles with many monsters on the screen can be too challenging. Bosses hit even harder and it is significant how the players have reported the excessive difficulty of the demo of Bravely Default II in some steps, feedback that has allowed the developers to fix the problem. But without exaggerating. 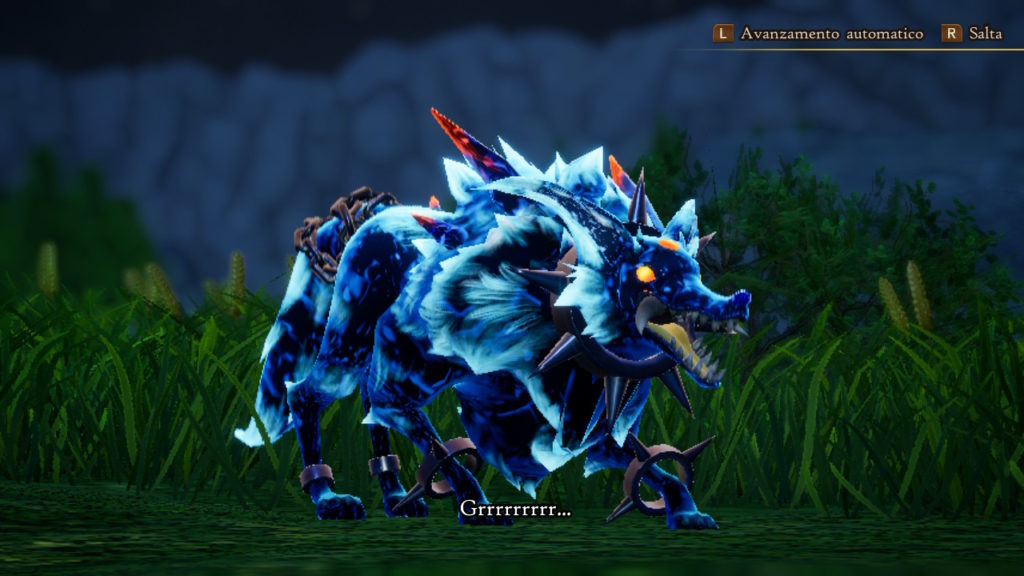 The story is a fundamental element of RPGs and Bravely Default II has chosen to tell one that cannot be more classic. The four crystals and the heroes chosen by destiny to put an end to the calamity return to talk about themselves: it is impossible not to fall into thenostalgia effect and remember to play in the 90s. I expect some extraordinary twists and revelations in the second half of the game, but the truth is, I'm fine with that too. The characterization of the characters on the other hand is duller than I hoped and none of them particularly impressed me, except for their voices in English. Choosing to have a Scottish actor voice a magician is a gimmick that fills me with joy at every blessed dialogue. I love it madly. 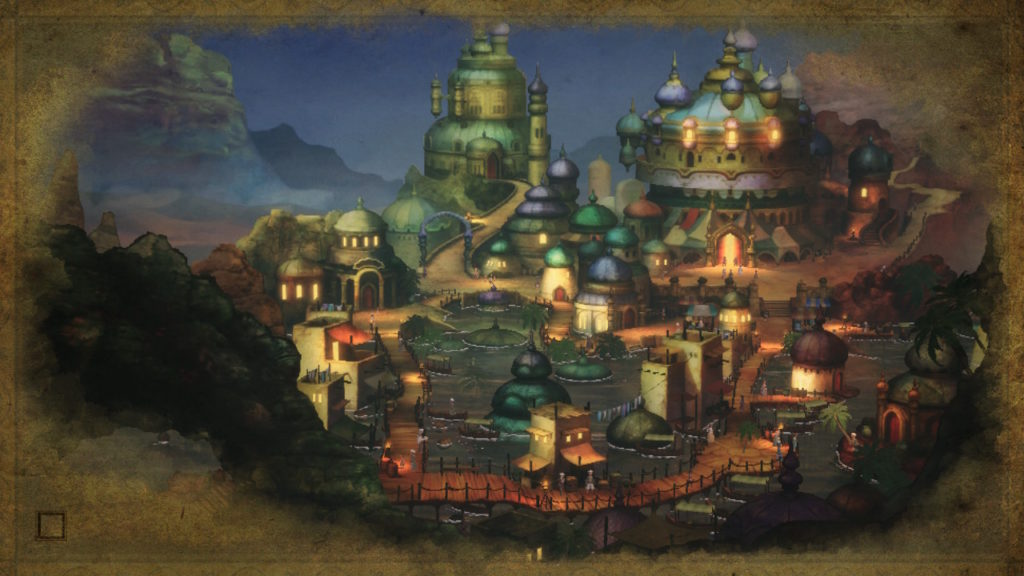 I land it on Nintendo Switch allowed to modify the graphics of the game and work on the models of the characters, making them more three-dimensional. I can't say I'm a fan of the result: I find them plasticky and disconnected from the backgrounds. Cities and other environments are, as always, wonderful, and the design of the enemies is even more beautiful than that of the previous chapters: studying all the enemies in the game's encyclopedia is a real pleasure. Capturing them then is a pleasure. 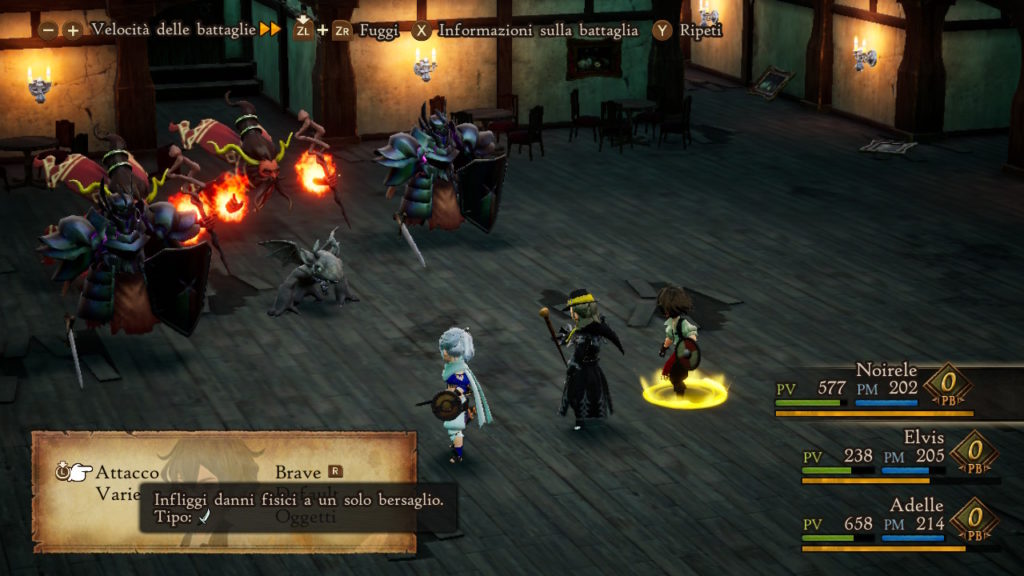 The option to send ships to explore while the console is in rest mode has been added. I still have to fully understand the possibilities, especially not being able to test the online component: for now I find it a fanciful extra, very useful for obtaining rewards without any effort, including precious gems to increase the level of the characters or their classes. 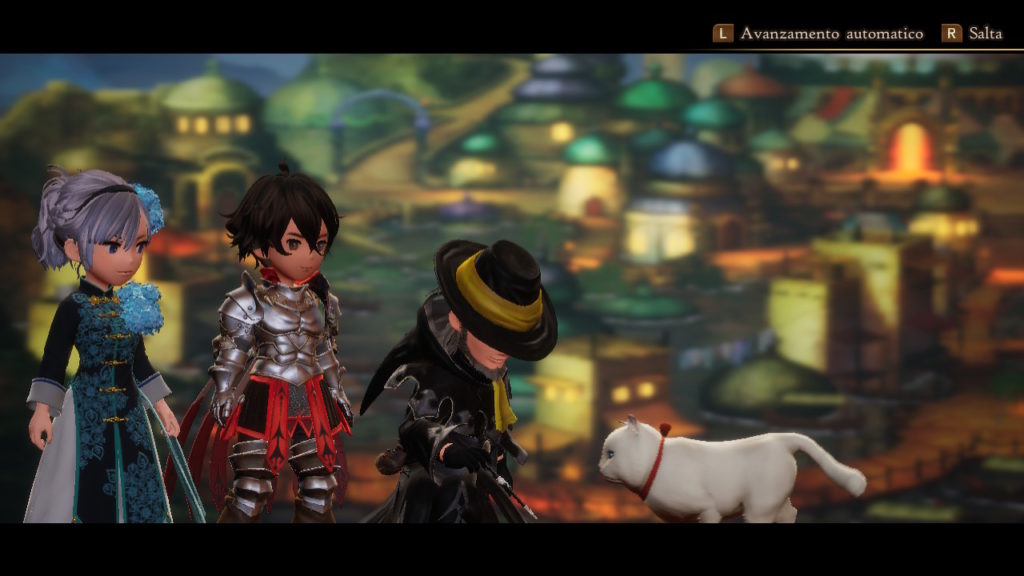 There is so much to analyze and study in Bravely Default II and I'll have a whole review to do it. For now I feel like the title is fun and offers an adequate level of challenge even for a veteran player. It does not show striking news compared to the previous ones, trying instead to to refine a gameplay now tested and with peculiar characteristics. It's the kind of game that takes tens (hundreds?) Of hours to fully understand, so I just have to go back and immerse myself in the story. Which I do with great pleasure. In the meantime, I suggest you download the new demo available and try it out, so as to understand if the title may interest you. It offers a good overview without ruining the experience of the title's story, so play it without hesitation.

Pokémon Scarlet & Violet - Is it a Litwick? No, it's Greavard, the Cantasma Pokémon