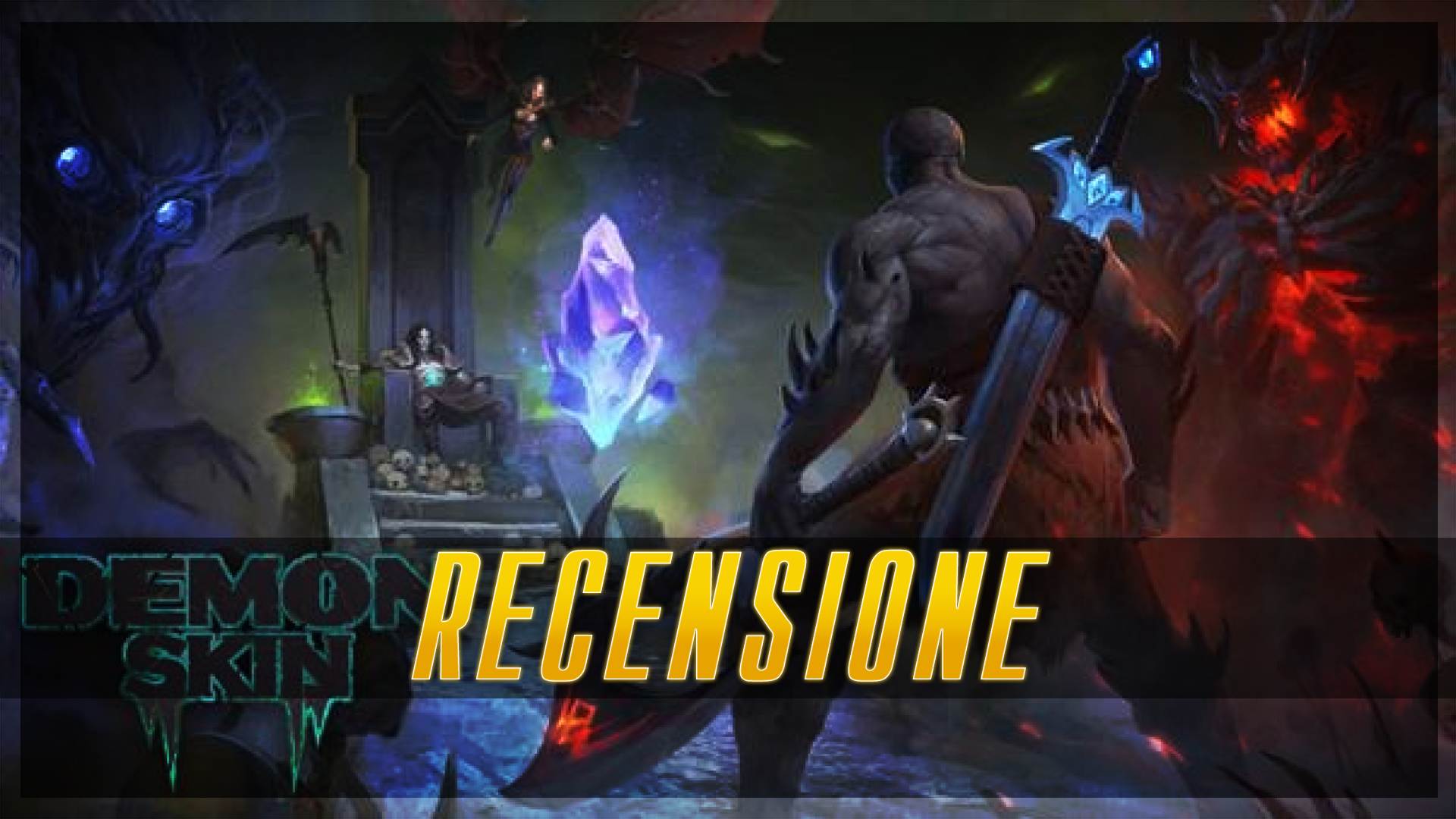 demon skin is a self-styled souls-like hack & slash coming to Steam on April 13th. I have never been a huge fan of the souls but the idea of ​​transposing some mechanics of the series in the form of a side scroller can be interesting, just look Salt and Sanctuary and how he integrated these elements on a metroidvania basis. Unfortunately in this case the result is less than successful.

The presentation leaves enough to be desired with an overall PSP gaming impression out of time, not helped by the fact that the characters on screen are constantly blurry. The artistic direction is not non-existent, but the textures are cheesy e the woody animations or worse. Some designs are quite pleasing but, as already mentioned, the fact that they are permanently out of focus, perhaps intentionally, does not allow you to appreciate the details. A more minimalist style, or even completely two-dimensional, would probably have benefited the graphic rendering of the title, which is decidedly low-level. 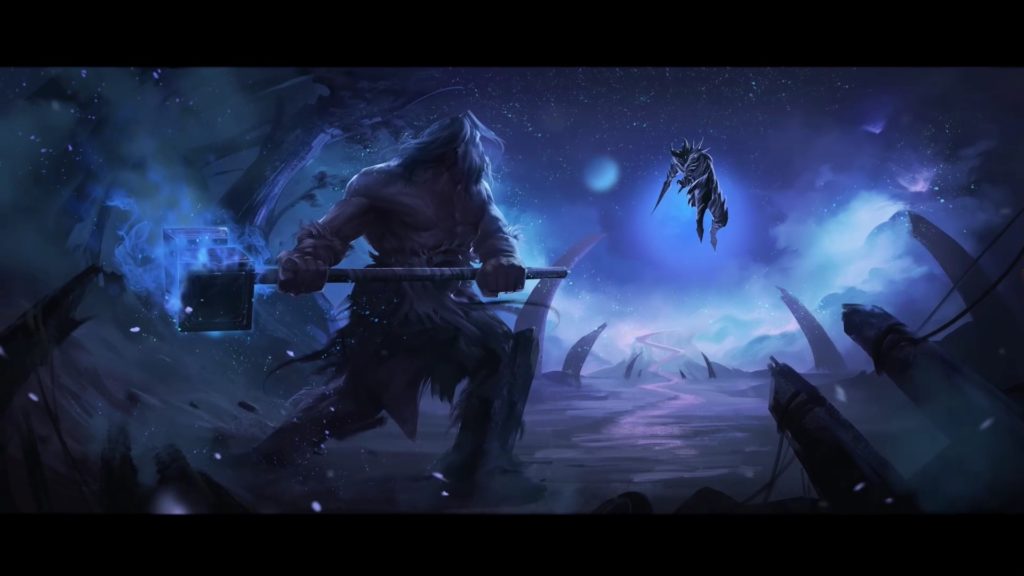 It is not much better for the sound sector: in the meantime there is no real soundtrack, only a few notes repeated in a loop during some sequences, e English dubbing ranges from mediocre to embarrassing, including the protagonist who should have a low and threatening tone of voice but only seems to speak with his mouth full. The plot I followed consists of "Viking badass is defeated by a necromancer and becomes an undead, from there he sets out in search of his lost humanity by transforming other animated skeletons into piles of lime". 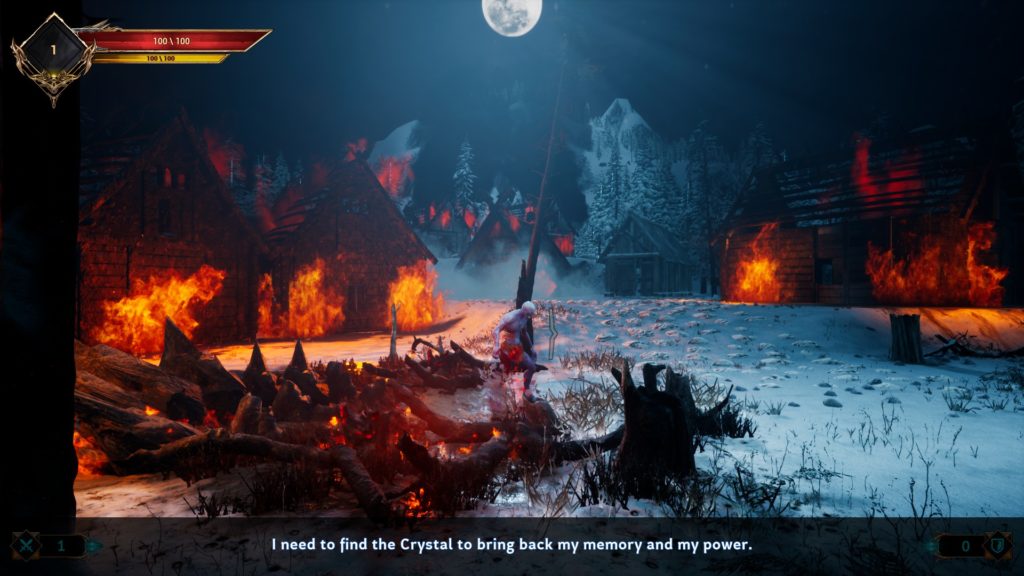 A poor technical sector alone would not be a good reason to entirely disqualify a good hack & slash (not even one with a mediocre history), unfortunately Demon Skin isn't a good hack & slash either. The controls are not very intuitive and ineffective, whether using a controller or mouse and keyboard, and hinder the fluidity of a gameplay that already constantly crashes every time the protagonist turns or tries to jump. Sometimes there is also a slight input lag which is still enough to crack badly in the worst moments. 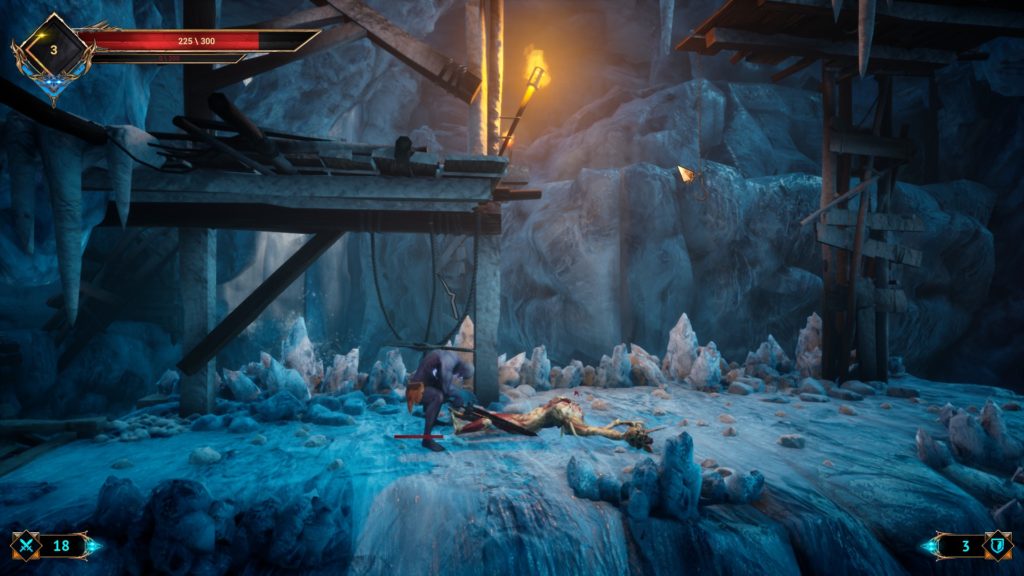 The platforming is cumbersome and frustrating and the combat is not much better, both for the problems already mentioned and for some game design choices that are nothing short of incomprehensible. First of all the introduction of the stamina, which it adds nothing to the depth of the game other than an extra layer of frustration. Getting it to zero will inevitably punish our character with discreet sadism, preventing him from dodging and extending the timing of the animations out of all proportion, thus leaving him completely at the mercy of the enemies that often spawn from both sides of the screen. 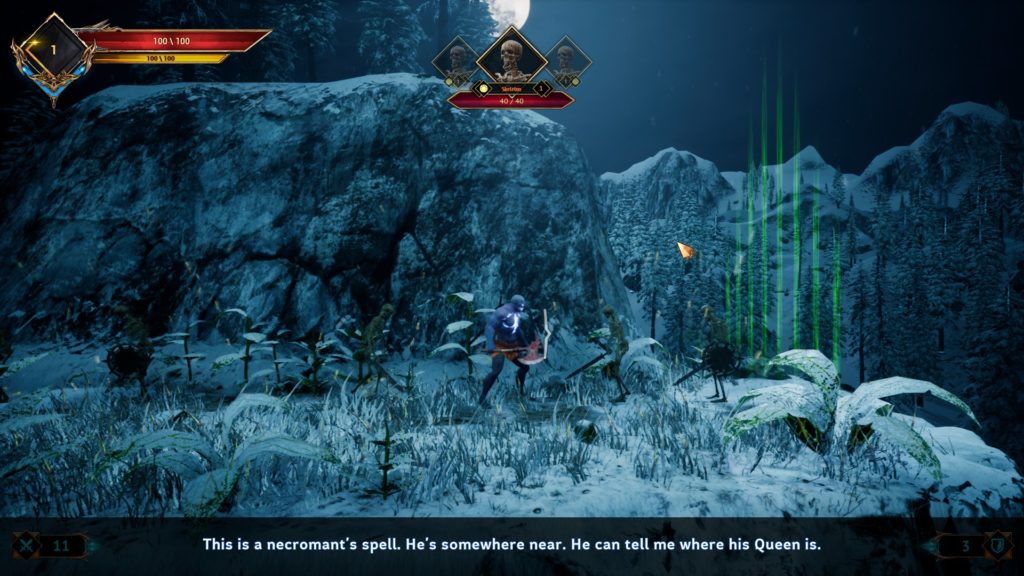 The game has an automatic blocking system based on the match of three different stances, high medium and low, with as many corresponding basic attacks, but the feedback is not the best and sometimes, especially while attacking, the only way to understand that there they are doing the butt is watching the health bar. Moving backwards is technically possible but as practical as doing the Roma - Napoli in reverse, the result is that you can only block and attack in the direction you are moving. In a hack & slash. I am very perplexed by this choice, which after a few hours made me abandon the title with no regrets. 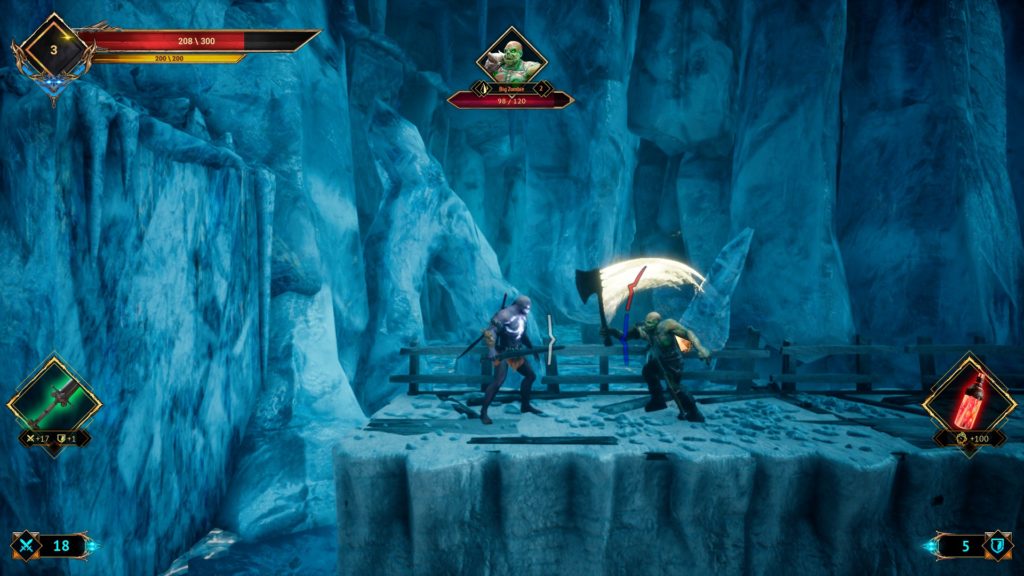 There are other mechanics that I have not explored adequately in the review, such as the level up system (4 different branches of stat increase), or that of the weapons, which links the consumption of stamina to the base damage of the weapon, practically nerfing by default anything not a broken sword. Another atrocious design choice in my opinion. Honestly the game's structural problems are so crippling that I don't see how new equipment or skills can improve the experience, the protagonist continues to move with the agility of a truck. Too bad, I was really hoping for a fun and unassuming title, but Demon Skin is a disappointing debut. The game is not localized in Italian and at the moment the price on Steam is not yet known, but unless you find it for a few euros it seems difficult to consider the scarce 6 hours a good investment of time or money.

Rumor - Hogwarts Legacy could be released in 2023