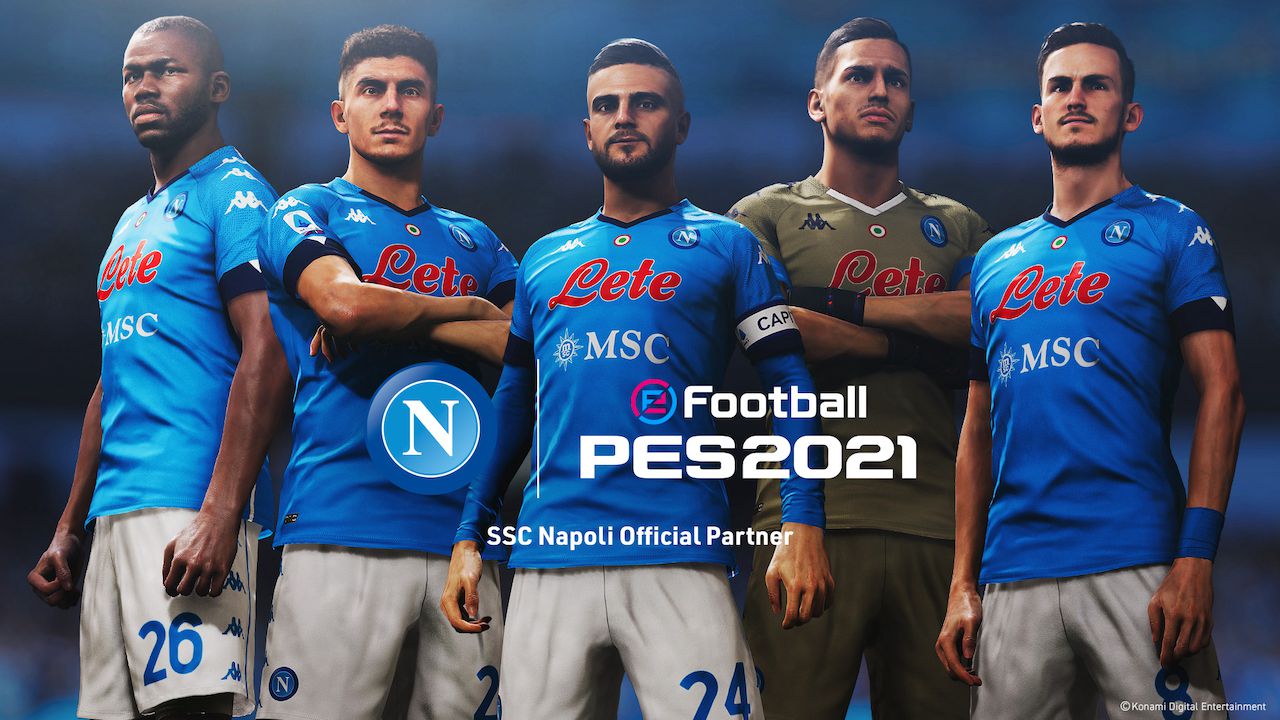 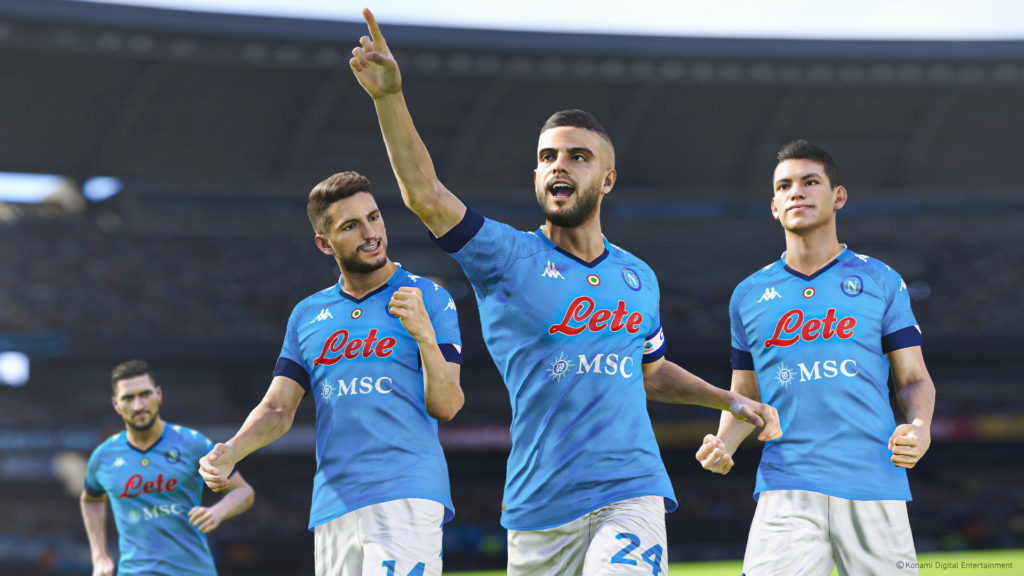 Konami has announced that it has signed a long-term relationship with Napoli, Italian Serie A club. The agreement will enter into force starting from the 2021/2022 season and will guarantee numerous marketing rights, which will then translate into a exclusive license su eFootball PES.

In fact, from the 2022/2023 season, Napoli will be present with official crests and uniforms exclusively in the Konami football simulation.

However, the agreement is not limited to the simple exclusivity on eFootball PES: Konami will in fact become the official partner of the Napoli sports center starting from 1 July 2021. The training facility will be named "SSC Napoli KONAMI Training Center" and will include a new gaming area that will be made available to players and guests of the center.

This deal clearly goes to strengthen the position of eFootball PES on the Italian territory, an operation that began a few years ago thanks to the partnerships already signed with Juventus, Rome and Lazio.

"With this partnership agreement between our companies, we will further strengthen the position of eFootball PES as the definitive video game for Italian football fans. " said Naoki Morita, president of Konami Digital, "By showing confidence in our long-term plans, we are honored that Napoli have decided to sign this exclusive agreement with KONAMI"

Piermatteo Bruno - December 7 2021
The Frankfurt court of justice has decided to overturn its judgment regarding the regulation of refunds within the Nintendo eShop, the platform ...
News

Piermatteo Bruno - December 6 2021
The release of Gran Turismo 7 (March 4, 2022) is approaching, with racers and admirers of Polyphony Digital's simul-arcade title not seeing ...