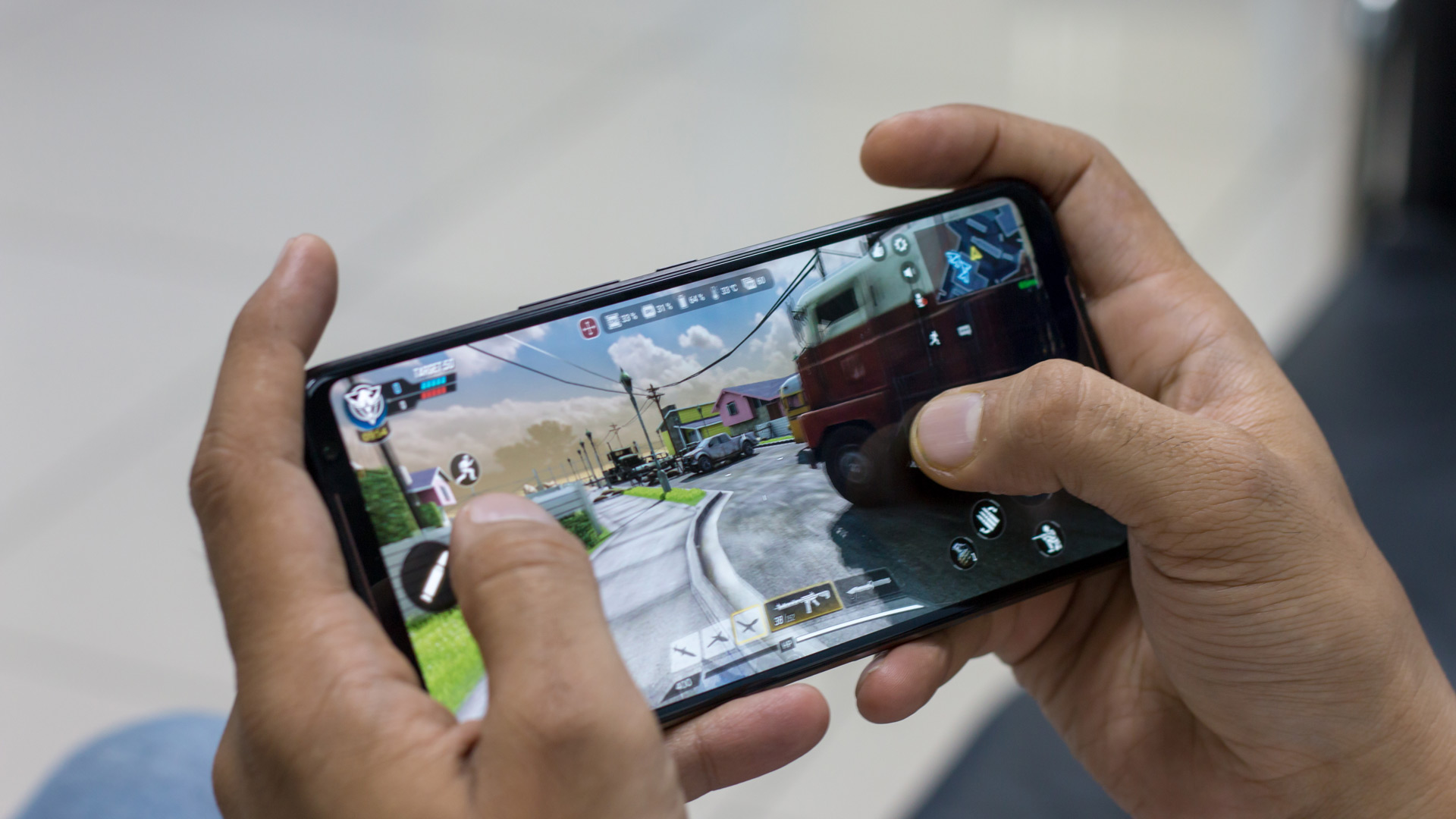 In recent years, large companies in the videogame market have begun to invest heavily in mobile. From successful title portings to application acquisitions with millions of downloads, the interest of software houses in the world of smartphones continues to grow from year to year.

Newzoo, a market analysis company specializing in video games, published a report which analyzes both in detail the success of mobile gaming, both the direction that this market will take in the coming years.

The current market: a silent majority

The first figure that emerges from Newzoo's study is the slice of the market that mobile games have earned in recent years. Of the $ 175,8 billion in revenue from the gaming market, a good 90,7 billion come from the sale of apps for mobile devices and related transactions related to them. It is 52% of the total, more than PCs and consoles combined.

If this data were not enough to reveal when the mobile now weighs in the world of video games, add that app revenue is the only one that has seen growth compared to the past year, by 4,4%. If we look at the three-year period 2018-2021, the total growth amounts to 13,1%.

This data might surprise Western gamers, but there is a reason. In recent years, the geography of video games has undergone a radical change. Half of the turnover, 88 billion, is now generated in Asia, while Europe and North America share just under a quarter of the market.

It was the growth of the Asian markets, the Indian one and the Chinese one in particular, that pushed the furniture to these levels, but it is not a trend confined to the great eastern nations. In fact, 94% of gamers globally also play on mobile devices. A silent majority that companies have not been slow to notice.

The central pages of the Newzoo report are dedicated to the demographics of mobile gaming. Who plays on the phone and how different is it from those who prefer traditional platforms?

The first fact that catches the eye is the balance between men and women. In both the United States and the United Kingdom, the mobile gamer population is almost equally made up of males and females, while in China and India there is still a slight imbalance in favor of men. Note the data ofSaudi Arabia, an extremely traditional country and very conservative on the role of women in society, where however the players are 41% of the total. 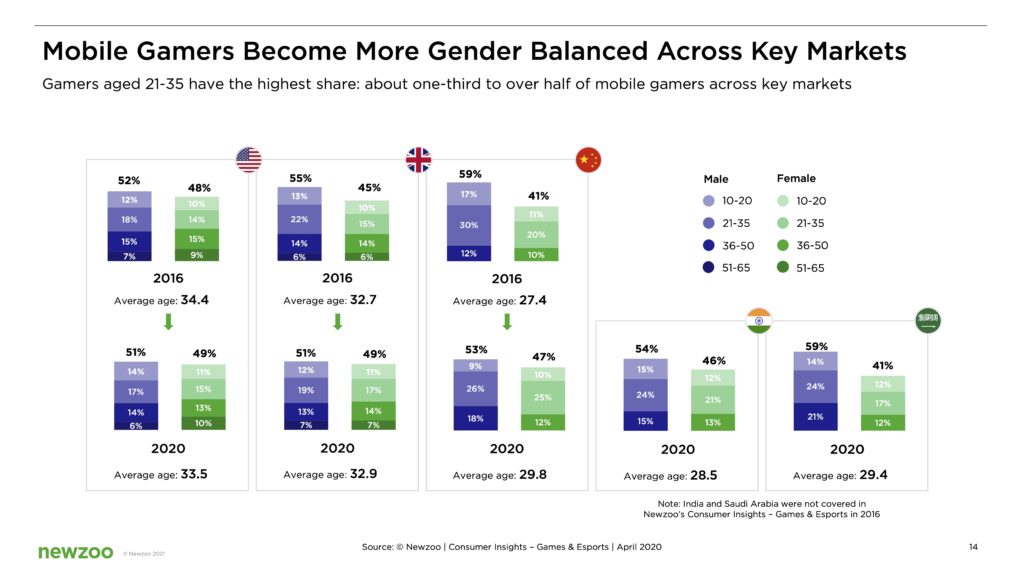 The data on the age groups involved in the phenomenon of mobile gaming are more predictable. The playerbases are composed mainly by young people under 35. The only fact that stands out in this sense is that of American players. In fact, one in ten would be over 50 years old.

Regional differences stand out more when the report analyzes what kind of gamer approaches the mobile world. In fact, if in China 27% of mobile users are "Ultimate Gamer", a profile that Newzoo assigns to great video game enthusiasts, in the USA, in India and in Saudi Arabia the “Subscriber”, who focus more on free to play, prevail. The only European country taken into consideration, the United Kingdom, instead sees the prevailing "Time Filler" who uses video games to fill the dead times of their day.

But where national borders really become chasms is in the genres favored by mobile players. Asia is the kingdom of what the report calls apps High-Fidelity. Far from the stereotype of the mobile “little game”, these titles feature advanced graphics and complex gameplay. They are above all MOBA and Battle Royale, and they are more present on iOS than Android.

In China, 70% of gaming applications sold on iOS in 2020 are High-Fidelity, against 42% in 2016. In the West, the percentages are reversed, but growth remains the same. Even though only 30% of mobile games in Europe and the US are High-Fedelity, this percentage only amounted to 6-7% five years ago.

However, the hardware is struggling to keep up with this market evolution. Even though the percentage of phones with advanced technical features jumped from 7 to 30% of the total between 2019 and 2020, the real gaming smartphones fail to break through the market. Almost none of the top rated models have managed to exceed one million units sold in the last three years, with the exception of the Xiaomi Black Shark.

Publishers themselves are contributing to the failure of gaming smartphones. Newzoo points out as four of the mobile games High-Fidelity best sellers, PBUG, CoD, Free Fire and PBUG lite, have requirements compatible with at least 90% of the devices on the market.

The pages dedicated to hardware conclude with the consideration that the cloud gaming could be the tombstone on gaming smartphones. Streaming, which Newzoo expects to grow exponentially over the next two years, will allow you to play high-fidelity titles even on mid-range devices.

The Newzoo report perfectly captures that part of the gaming market that many fans insist on not wanting to see. Technology and market trends are setting the stage for an “agnostic” future from the point of view of platforms.

Video games are consolidating as a mainstream hobby and it is estimated that by 2023 they will be 3,2 billion gamers worldwide. Phones are the ideal platform to host this growth, and the mobile market will soon become central in the West as well.

Can Nintendo Wii U Burn DVDs? Yes, but actually ...