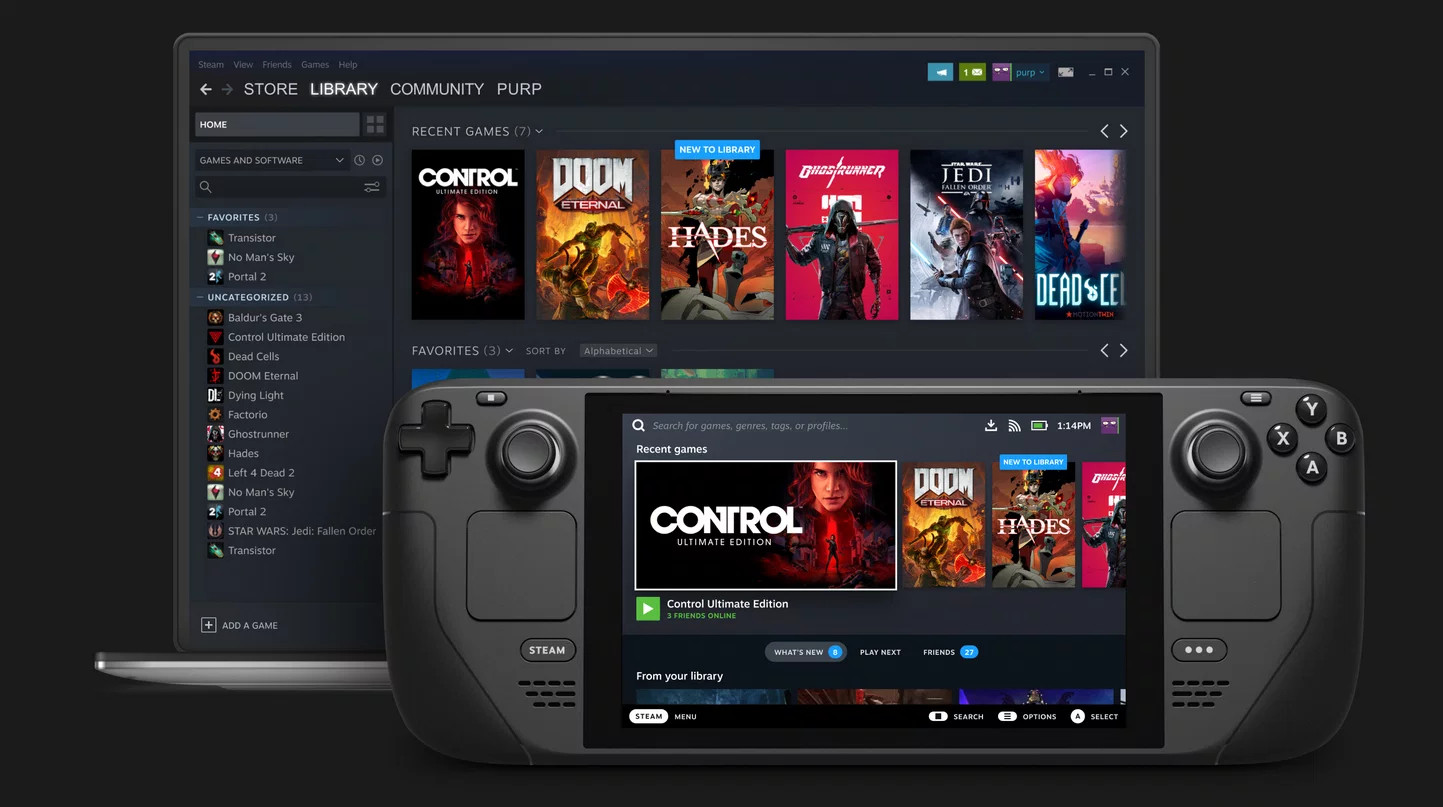 Valve kept their word. After the first ones rumor on the phantom portable console, the PC Gaming giant of Gabe Newell confirmed the rumors by announcing its return to the console market with Steam deck, a console that is very reminiscent of a certain one Nintendo Switch.

To tell the truth, the machine would ape the version Lite of the system of the Kyoto house, thus choosing not to implement separable controllers such as the so famous as they are hated Joy-con. On the contrary, the Steam Deck controls reflect the layout of the previous one in some features Steam Controller, opting for the implementation of two trackpads in addition to the classics action buttons, dorsal, triggers e the heights analog.

But let's talk about technical specifications:

As for the Deck instead, the latter will be sold separately and in addition to the USB-C port dedicated to recharging and inserting the console, will be supplied 3 USB ports (1 × 3.1 and 2 × 2.0), an Ethernet port and two video ports: Display Port 1.4 e HDMI 2.0.

For more details on the console and pre-orders (starting tomorrow Friday 16 July 2021), we invite you to visit the Official site dedicated.

Vincenzo Marino - July 1 2022
In 2020, what is called Nintendo's Gigaleak took place, in which the source codes of various classic games were published ...
News

Piermatteo Bruno - June 30 2022
During the latest Nintendo Direct Mini we had the opportunity to take a first look at Return to Monkey Island, the latest chapter in the adventure series ...

LIMBO can be downloaded for free from Steam