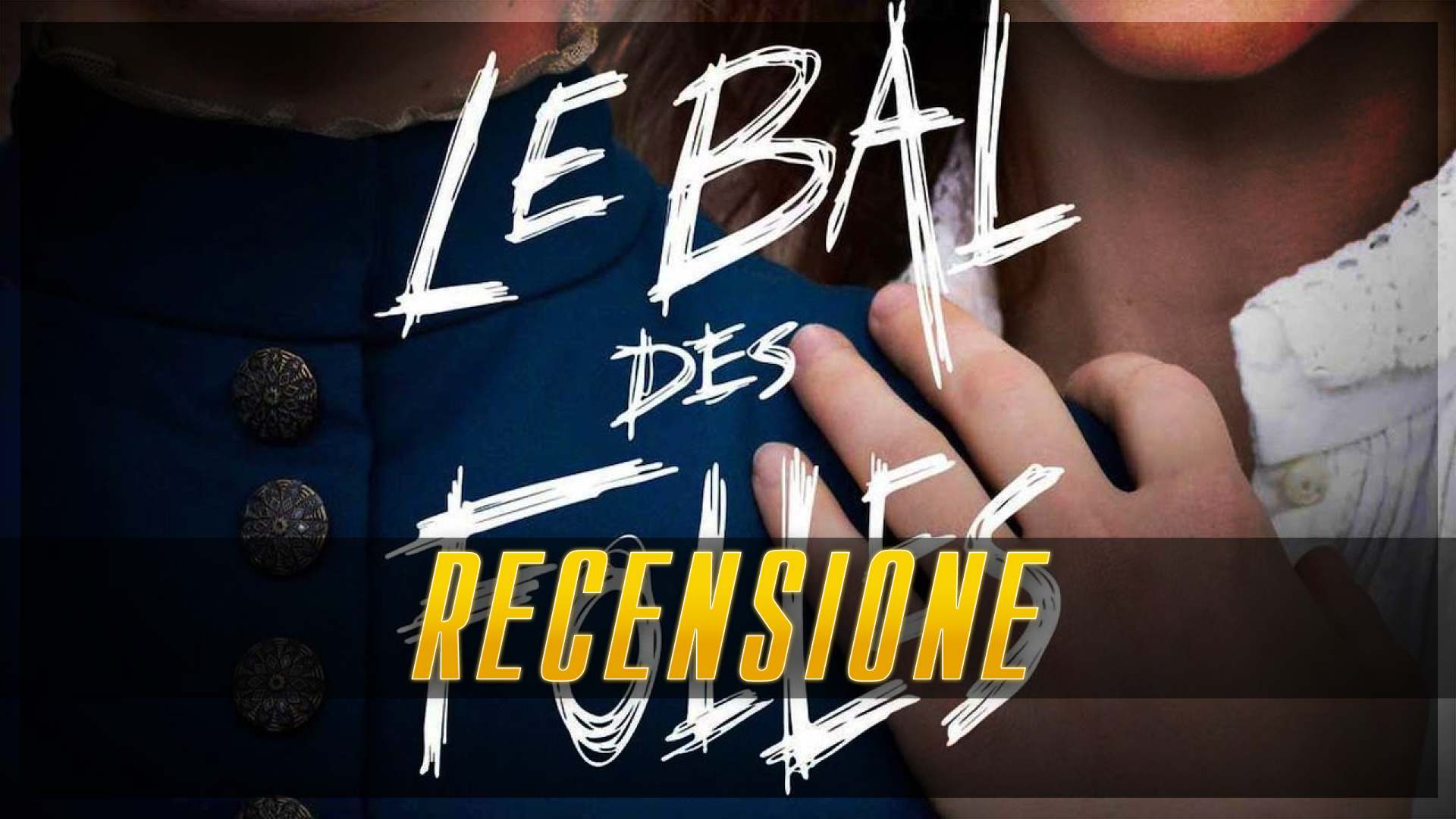 "What interests me is asking unanswered questions". It is not a quote from this film, The Bal des Folles, but from an interview. It was released by the writer of the book of the same name from which the film directed, written and starring Melanie Lauren draws its story.

Victoria Mas, this is the name of the author of the romance, is debuting, but has already climbed the charts. His book is acclaimed and sold, and has earned this film adaptation, distributed by Amazon and produced by Legend released on 17 September on Amazon Prime Video.

Between psychiatry and spiritism, history takes us to the women's asylum of the Salpêtrière, directed at the end of the XNUMXth century by Jean-Martin Charcot, a pioneer of his discipline. Among the patients we meet two of the protagonists, Louise and Eugénie, looked after by the head nurse Geneviève. Each of them, with their own story, asks the viewer one of those unanswered questions.

Is she really crazy?

Eugénie is the daughter of a wealthy Paris family. Young, independent, passionate about spiritism and poetry, she is unable to adapt to a society that he wants her to be a daughter, then a wife and finally a mother. Her oddities take her away from her family, who lock her up within the walls of the Salpêtrière asylum for women. Here, together with the commoner Louise and the head nurse Geneviève, she will experience the harsh reality that unites all the psychiatric institutions of the late nineteenth century, even those led by a luminary like Dr. Charcot.

Among the bloody therapies, hypnosis and abuse, the three women count the days left until the event of the year, the Ball of the Mads. Part of Charcot's therapy, this particular one masked ball he aimed to show, as if they were freaks, the various patients of Salpêtrière in front of the members of Parisian high society.

The film, with its slow start, almost deceives the viewer into expecting a straight development towards a foregone conclusion. But as the asylum changes the protagonists of the film forever, the trend of the film also changes. The story unfolds quickly, it dances up to the Ball with ease, amidst the doubts it leaves in the mind of the beholder.

Mélanie Laurent's work demonstrates involvement and passion. Author, director and leading actress of the film, Laurent leads the film through and through as Eugénie. It is her choices, as a writer, as an actress and as a director, that make you wonder more than anything else: Eugénie, is she really crazy?

Is she really just a patient?

From the very first sequence Laurent makes it clear that his authorial signature is on this film. The shots that shoot together with the bells, sounded to Victor Hugo's death in the scene that opens the film, are a declaration of intent. The direction in this film stands out, she is determined and aware of the messages she wants to send.

In accordance with the photograph, more discreet but still fundamental, Laurent's directorial choices draw the contours of the story, embroidering only where there is space. No virtuosity as an end in itself, only the attention to detail of what is basically the frame of this painting.

The content itself, however, sometimes struggles to stand out. The first half of the film in particular is slow. The writing lingers on Eugénie's life for large sections of the first act, leaving little room for the characters of Louise and Geneviève to introduce themselves. It follows a development that is at times slightly chaotic but intense, which gives the protagonists time to tell us their own personal tragedy. The third act, enclosed in the last half hour, presents the Ball from which the film takes its name, but results a bit rushed.

There is no shortage of courageous choices. Very often when a media portrays madness, they can't resist the temptation to put a face on it; to show the viewer the visions of the madman, make him listen to the voices, give an obvious cause to the delusions. It helps to empathize, to identify with the protagonist, otherwise alienated from his madness. Laurent, on the other hand, makes the choice to never show us what Eugénie's madness consists of.

This is because it is the effects of his insanity that are important. Both those that the visions have on the protagonist herself, and those that occur on the supporting actors, primarily Geneviève. Eugénie shakes the foundations of Salpêtrière, how she wanted to shake those of the society that oppressed her. What the director asks of us with this choice is: Is our protagonist in this place really just a patient?

Is it really all legitimate?

Le Bal des Folles is spread over two floors. The first is the descriptive one, simple portrait of life in Salpêtrière, coherent at the right point to the historical reality that it does not require strong positions. The male-led institution used women whom society deemed unwanted as guinea pigs to develop a new science.

It is on the second level of development that the film becomes more intricate. The choices, both of the screenplay and of the direction, cast doubts on the value of science as such, and on its validity. They do it with a subtle comparison, the one with spiritism, first evoked with Hugo's funeral and the works of Kardec, and then embodied in the madness, or powers, of Eugénie.

The film voluntarily opens doubts in the viewer's thinking, without giving them a real answer. The questions he asks are clear: where does science get its legitimacy? From the prestige of a luminary? Or by the effects it has on its subjects? 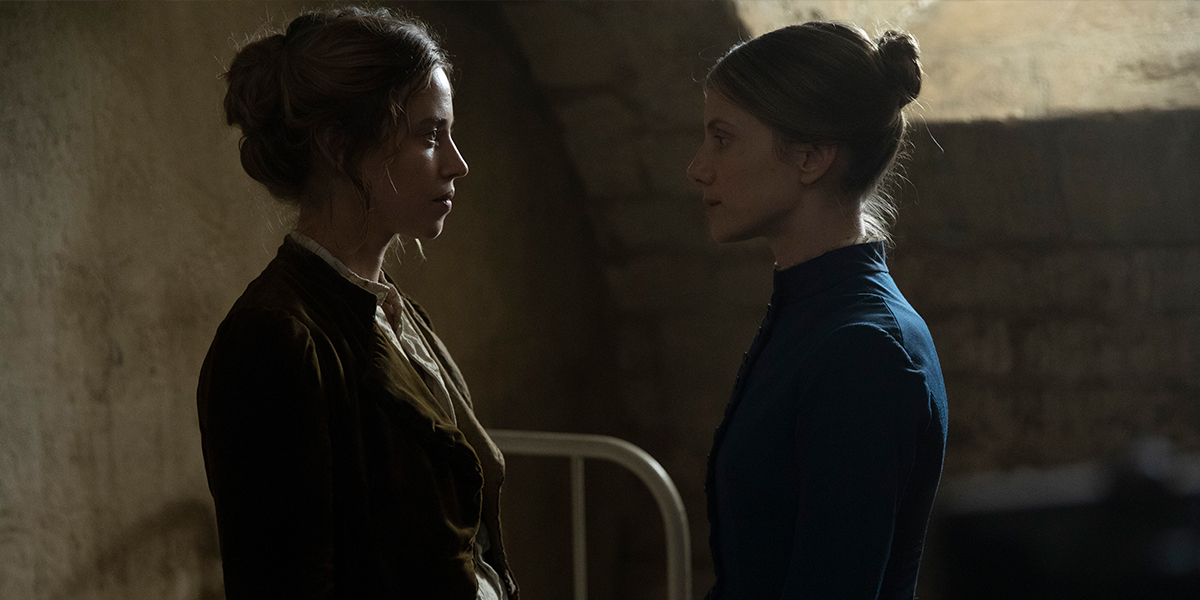 And perhaps these doubts are one of the few notes that have left me amazed. It is a reflection on the relationship between science and society, which has deep roots, but it is curious that it expresses itself in these works (book and film), right now.

Thanks to the pandemic, science has become divisive in the past two years. In public debate there is no middle ground: either you are with the experts, or you are against. To insert oneself in the midst of these factions, criticizing science as an institution rather than as an interpretation of the world, it is a courageous position, as is any opinion that attempts to break the opposition between two extremes.