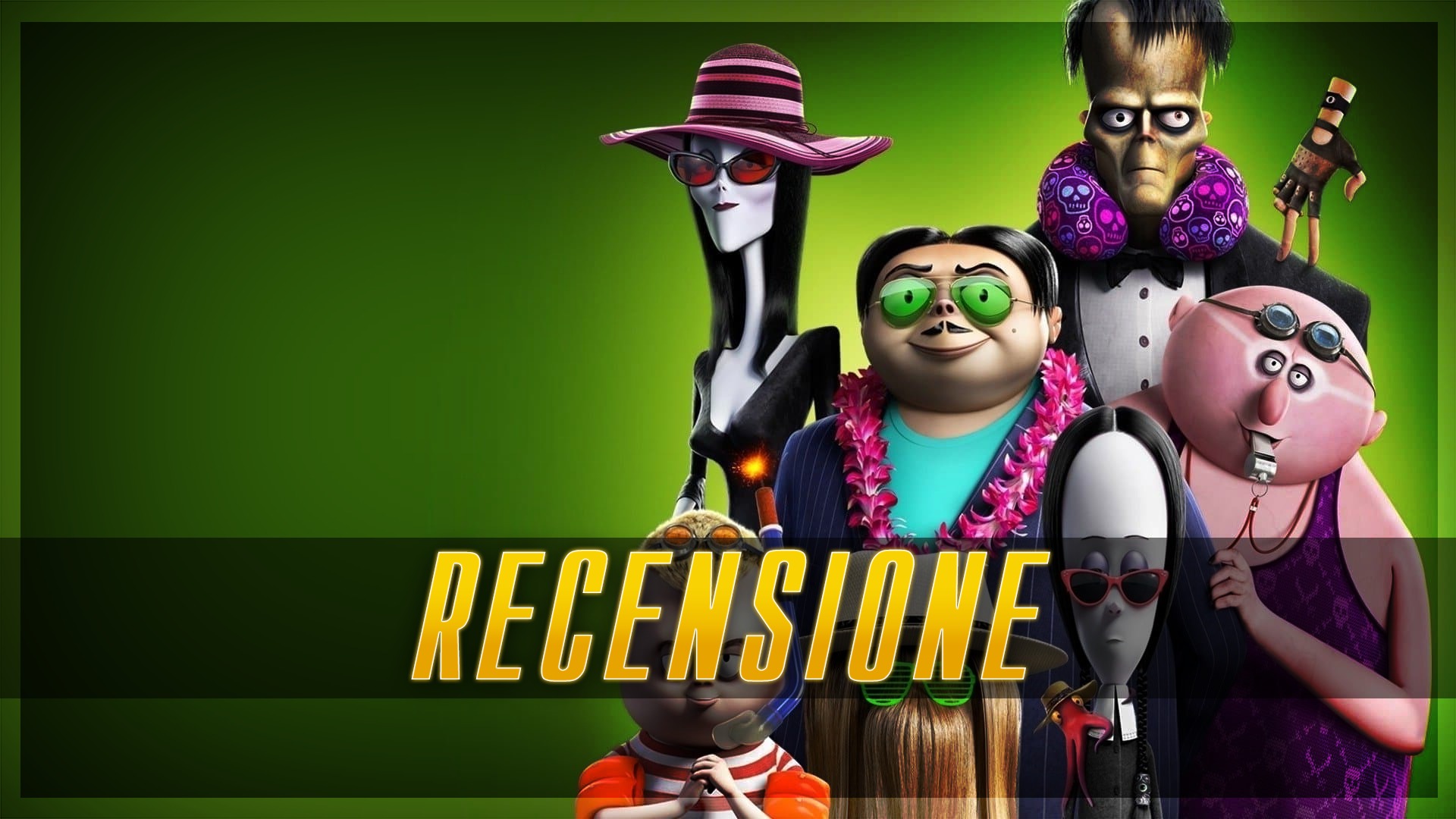 In 1973 the brilliant Duo Hanna-Barbera produced a cartoon version of the popular show "The Addams Family”Inspired in turn by the funny satirical cartoons of cartoonist Charles Addams. The adaptation for the small screen, over time, has undergone several variations: among those that I remember seeing as a child, the disturbing, but nice, family traveled around America on a completely improvised means of transport that came used as a home. And the edition I refer to at the beginning of the review is precisely the aforementioned. Are you wondering why he cited this very version? The answer is very simple: this second chapter of the "Addams Family" reminded me of the similarities with it and, unfortunately, not for purely positive issues (that series, from what I remember, even though it was a different adaptation didn't make me particularly crazy, especially when compared to the brilliant 1964 black and white television series).

The plot of this second episode, I state, it detaches itself completely from the events that occurred in the previous chapter. So if you are hesitant to continue watching, as you have not seen the first film, do not worry.

Morticia e Gomez Addams they are anxiously experiencing the adolescent phase of their children, Wednesday e Pugsley, who grow more and more indifferent to family dinners and more interested in their monstrous pastimes. To try to recover the relationship, the couple decides to organize a trip in a camper that involves the whole family, except Nonna Addams (Loredana Bertè) who will remain to guard the large residence where, however, she will find a particular way to have a good time. With the horrible haunted camper, the Addams venture to some of America's most iconic yet terrifying places, where in the company of Uncle Fester and his cousin IT, will live frightening adventures interrupted only by the strangeness of Wednesday feeling profoundly different from her parents. Why is she so bothered by their self-centered displays of affection? And who are the two strangers who follow them threateningly?

The entire film is based on an inner journey involving Wednesday Addams. Basically, she will be the main protagonist of the entire film. Wednesday feels the victim of some circumstances that surround her and wonders if she is a real Addams or if, for some strange recurrence, is not an official member of the family. This theme, albeit in a rather vague way, was also found with the first film but in that case the diversity was due to another factor: that is the monotony of always doing the usual activities in the family when, outside the residence, there seemed to be something more. The Addams phobia, however, was due to their differing views on how to live their hilarious (but very dark) life of the society that surrounded them.

In this film, the journey is based on several stages and each of these presents different themes with a humor that closely resembles the comic strips of cartoonist Charles Addams, albeit reinvented in a modern key. Plus the group's animated film MGM has on his side numerous tributes to the world of cinema that only the most hardened cinephiles will be able to grasp. For example, I particularly liked the quote from a muted horror film like "Carrie - Satan's gaze”In a specific scene. Do not miss the presence of some jokes that seem to recall today's world area of pop culture (however, for this choice, the Italian adaptation may have influenced the final result).

Speaking of adaptation, it is impossible not to be able to quote the skill of the Italian voice actors: from Virginia Raffaele who plays the role of Morticia Addams (whose original voice actress was Charlize Theron) and of a certainty as Pino I teach for Gomez Addams (whose corresponding voice actor was Oscar Isaac). Unfortunately, even if the effort in dubbing is appreciable to keep the comedy of the respective characters intact, I found less engaging the proof of Eleonora Gaggero (Wednesday Addams) And Luciano Spinelli (Pugsley Addams). However, in comparison with the previous film, some gods can be perceived slight improvements in dubbing. Probably this result is also due to the influence of a great voice actor like Insegno.

But the film isn't just about Wednesday Addams, in this episode it is also possible to observe the development of other characters: Uncle Fester, for example, in addition to some gags will have considerable relevance also thanks to an episode that will see him involved at the beginning of the film. Pugsley, finding himself in an adolescent phase, will begin to find other interests but in his confusion he will ask for advice from the least suitable person in the family. Without making too many spoilers, you will understand once you enter the room who I am referring to. As in the previous film, his cousin IT - "" voiced "" by rapper Snoop Dog - will also be part of the cast of the bizarre family.

After the success of the first chapter, comes the animated sequel that marks the return to the big screen of the scariest family of all time: The Addams Family 2. The animated film, directed by Greg Tiernan e Conrad Vernon, will be available at the cinema on 28 October, distributed in Italy by Eagle Pictures, for a scary Halloween.

A son named Erasmus, available on demand at Easter