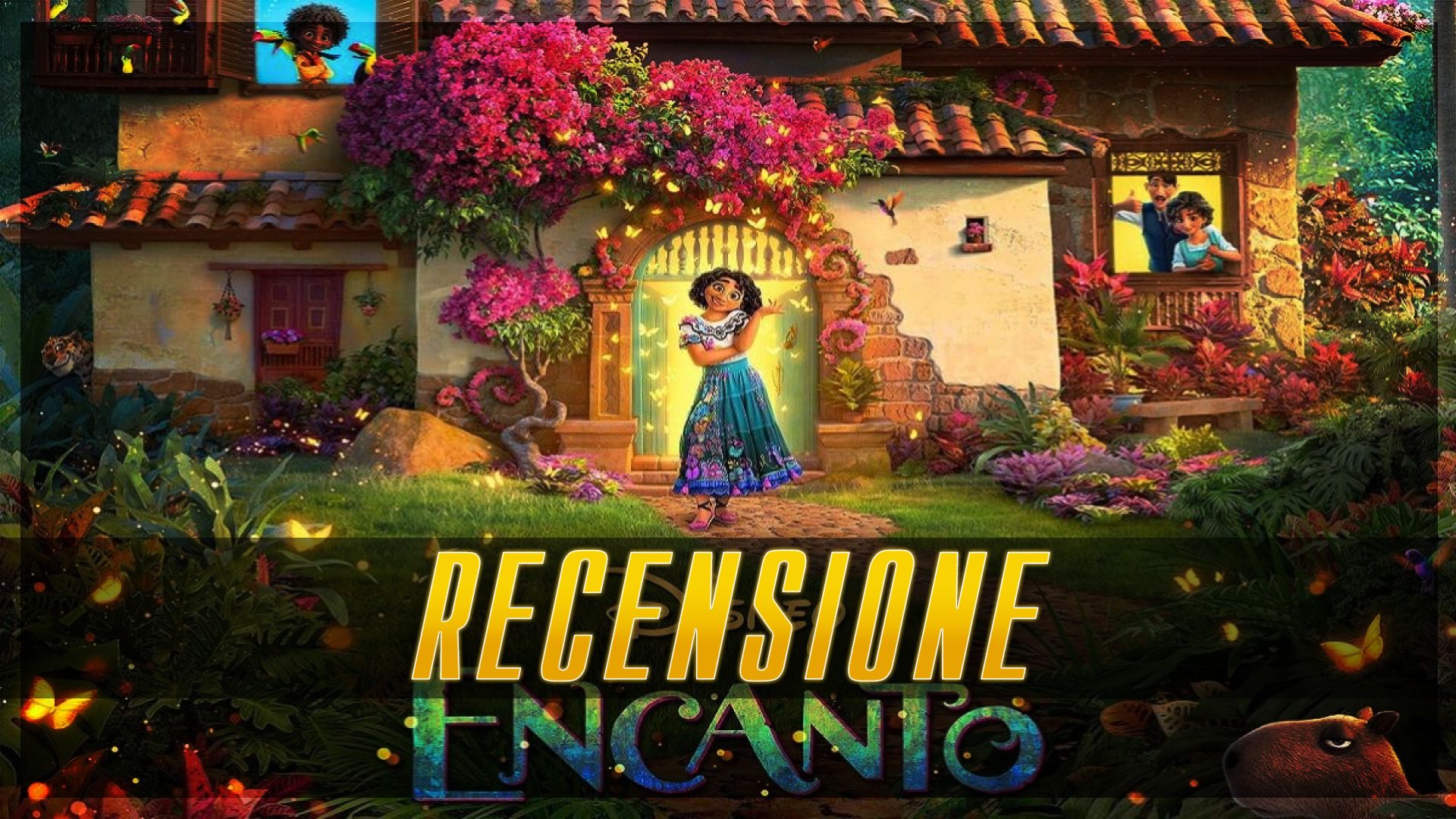 For several years the Disney takes inspiration from some nations to create new films inspired by myths and cultures. There are those who think that these new works are the hand of Pixar but the truth is that, despite being studios that belong to the same producer, the style of Disney films has distinct stylistic and narrative differences compared to the Pixar counterpart. In any case, this narrative vein based on the uses and customs of real places starts from very far, just think that the film I am going to tell you about, Charm, is considered the 60th film as far as the so-called “Disney Classics” strand is concerned.

Encanto tells the story of a family with extraordinary powers, the Madrigals, who live in an unspecified and hidden area in the mountains of Colombia, in a magical building within a city that feels total admiration for the miraculous miracle. family. The events of the place seem to revolve all around this place called Encanto. The magic of this area has given to each child of the family a unique power, which ranges from super strength to the power to heal up to other talents. They all seem benefit from it except for Mirabel.

When the latter discovers that the magic that surrounds Encanto is in danger e Mirabel decides that she, being the only Madrigal with normal abilities, may be the last and only hope to save his extraordinary family from a sad fate.

As mentioned previously, one of the main factors that arouse more interest on the film concerns the absolutely peculiar setting: let's talk about the Colombia, the place that the film decides to fully embrace, presenting customs and traditions as well as the music which, throughout the film, will be a fundamental factor. So do not expect many stages of action but different curtains, with even comic ideas. Returning to music, the latter he will accompany Mirabel on her personal journey to discover family values, despite her being little considered as she is the only relative not able to replicate the miraculous deeds of the relatives of the bizarre Madrigal family. Between one interlude and another, therefore, it will be possible to listen to several original songs written by Lin-Manuel Miranda (winner of several awards such as Emmy, Grammy and Tony Award) but whose soundtrack is to be attributed to Germaine Franco. Both were able to build gods, depending on the situation in which the protagonist came across memorable musical pieces able to effectively encompass the feelings of the characters of the family as well as, of course, include the local musical culture.

But where did this 2018th Disney classic come from? You have to know that the project was born in XNUMX. Director Jared Bush has been in for several months Colombia (together with a staff of people with whom in the past he had already collaborated in the creation of other films such as Zootropolis) for explore the country better and absorb the atmosphere. According to some statements by Bush himself, the travel experience was very formative: from some countries (and some cities of the South American nation) such as Cartagena, Bogotá, Barichara and San Basilio de Palenque it was possible to guess the true atmosphere of those places which in some ways seemed enchanted also thanks to the welcome of local citizens. In the film all this is perfectly perceptible, and not only from the songs but also from typical settings and costumes of the respective characters. From here, most likely, comes the magic (and the inspiration behind the creation of the film) of Charm.

The filmmakers knew early on that their story would be centered on family and quickly decided to focus on the role that perspective plays within family dynamics. In this film, in fact, if you expect to enter the room and find yourself a story with a predominant villain, you are wrong because Disney wanted to focus more on the psychological dynamics. In fact, the topics addressed will be different and all very important: from the solitude  family dynamics (some also quite disturbing, from my point of view, but which for reasons of possible spoilers we cannot reveal to you) up to the reflection on the weight of some responsibilities to be accepted and any failures that may exist if some of them are missing.
Before concluding the review, however, I would like to make a small reflection on something that, honestly, made me turn up my nose a little. I state, it does not concern the issues that, as you will have well understood from the words written previously, I certainly found interesting and nor do I want to argue about the chosen location and the selected uses and customs (behind all these choices there was a huge job done, according to what was revealed by the director, by the filmmakers, some of which are of Colombian origin). Unfortunately what I constantly noticed, or at least seemed to perceive, it concerned Disney's own laziness to “recycle” some models taken from some of its previous films (one out of all Oceania). For some years now, the approach of US society has been to make films no longer based on a "classic" style but by exploitingthree-dimensional animation. One of the reasons why many people mistakenly mistake these films for the films of Pixar's "cousins". However, what I meant by the term "laziness" was that over the course of the feature I noticed that some of the characters didn't exactly appear very expressive and that still structurally seem to be taken from other previous Disney classics that used this technique. However, I don't feel like demonizing this choice since, however, with the continuation of the film, despite the recycled assets from my point of view, the characters will still be characterized very well.

The press preview we saw featured a version that was the one in original language, therefore as regards theItalian edition we can't tell you much, however what we can reveal to you concerns the issue of selected Talents as voice actors they see Luca Zigaretti in the role of Bruno, Alvaro Soler (singer-songwriter who will also locate the local version of the song in the credits) in the role of Camilo, Diana del Bufalo (Isabella, one of the sisters of Mirabel) is Angie Capeda (Mirabel's mother). The magical animated feature film Encanto directed by Jared Bush and Byron Howard will arrive on November 24 in the best Italian cinemas.