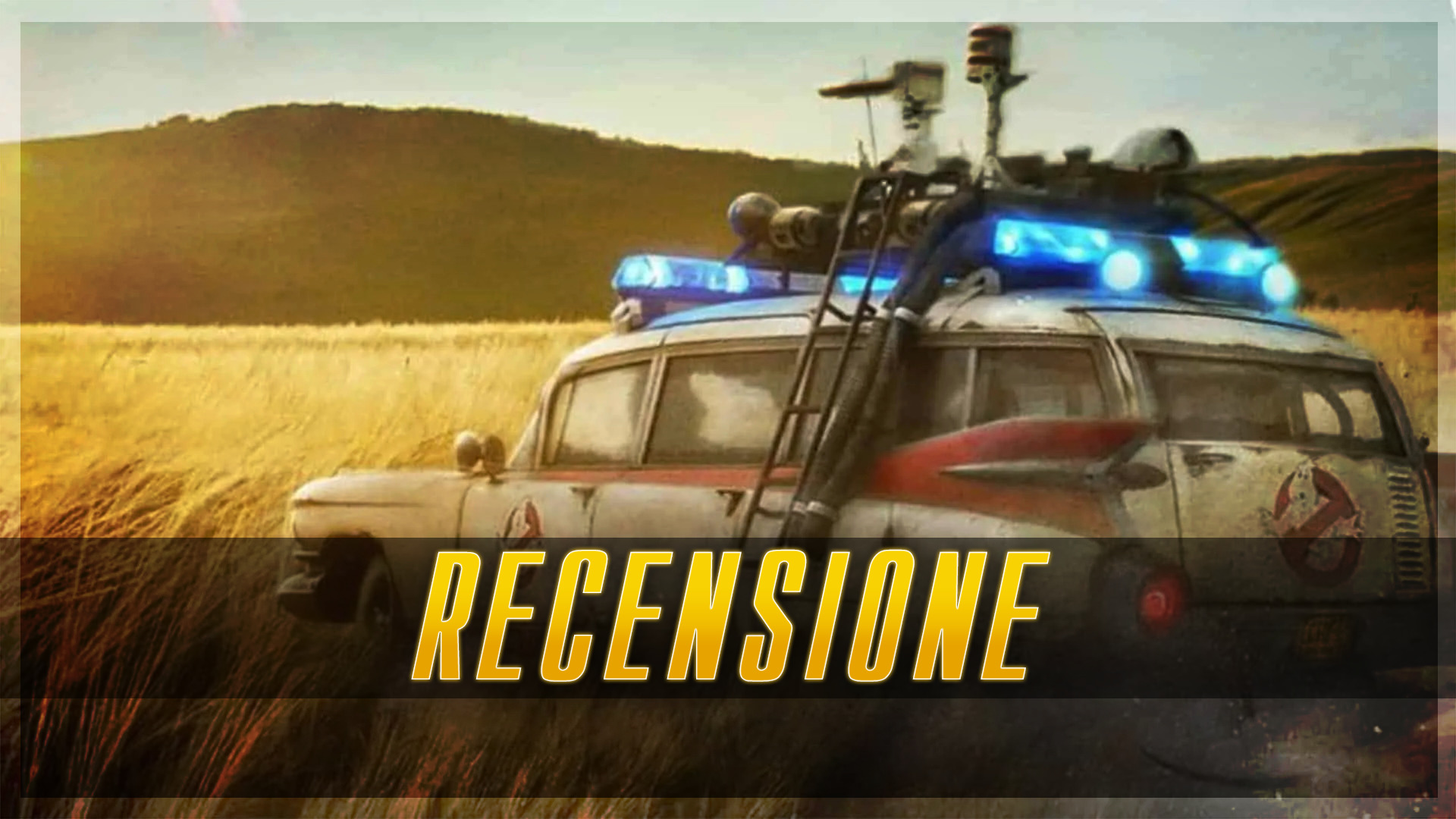 For years in theToday's film industry nostalgia is king with feature films that often, despite the large amount of remakes to brands or sagas of the past, end up disappointing a large chunk of historical fans at the end of the vision. With this spirit you could imagine how I, entering the room for the vision of Ghostbusters: Legacy, I had a bit of concern about the success of the project, with the specter of yet another impending disaster. I'll give you a spoiler right away: it wasn't like that. Indeed I confirm that, finally, this new chapter of the saga it is the exception that changes the cards on the table.

The film takes place in a modern era: several years have passed since the four ghost-catching heroes had managed to save New York from the Gozer threat and, despite their exploits have been saved in the annals with the internet, now the four heroes seem to have lost track as well as, in parallel, the same threats inherent in ghosts. However, it seems that some paranormal phenomenon has befallen an American community. Callie Spengler (Carrie Coon) single mother with her two children Phoebe (Mckenna Grace) is Trevor (Finn Wolfhard) after moving to the small town, they will begin to discover their connection with the ghost-catchers and the secret legacy left by their grandfather. 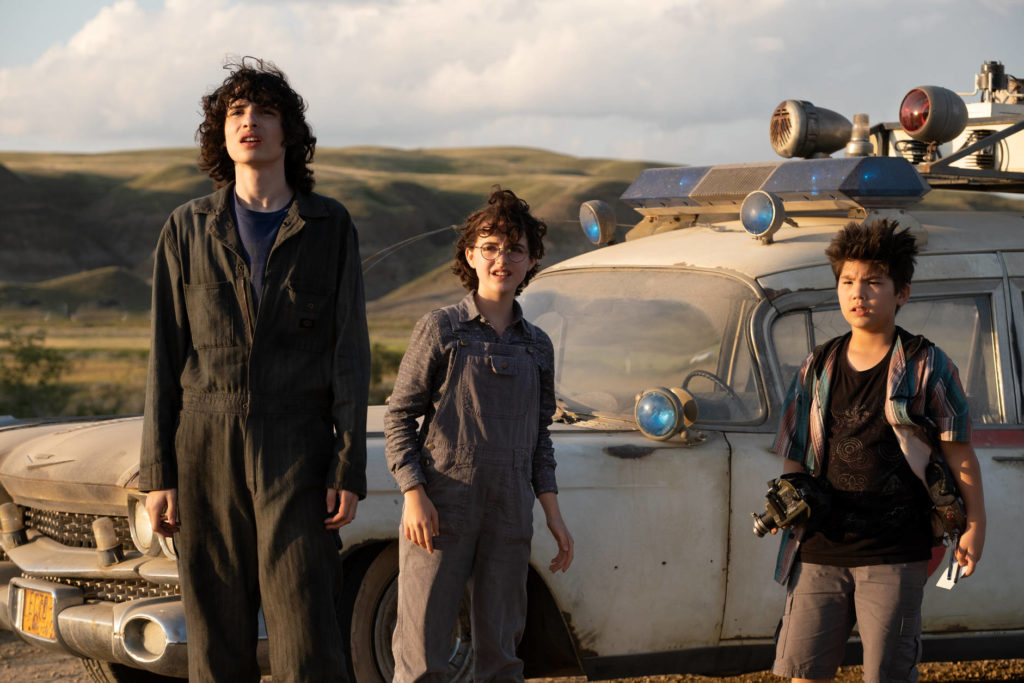 One of the positives of this new Ghostbusters movie is that director, Such Jason Reitman, has deliberately tried to pick up the brand again (abandoned after the commercial failure of 2016 with the women's edition of the iconic film) attempting to give him the same atmosphere and credibility that his father, Ivan Reitman, had left in 1984. A kind of passing of the baton between father and son. Not that improving the horrible 2016 movie took long, however what is perceived immediately is a great care that evolves on every juncture: from the script to the scenographies, all very apt, to the choice of actors up to the jokes, sometimes comical, which will be present at the right moments without ever being banal or intrusive.

The work on the conception of this film, however, has started for some time. The inspiration and the desire to bring to the cinema an experience worthy of the Ghostbusters name it comes from ashes of that 2016 failure both longtime fans and i new followers, I'm not never been able to digest or support. One above all the actor Hernie Hudson (the one who played Winston Zeddemore), never totally convinced of the previous project started by Sony. But how could a possible third film of the brand be brought to the cinema, after such a long time? Also considering that, unfortunately, one of the main actors of the quartet, Harold Ramis (Egon Spengler) passed away in 2014? The answer is very simple: entrusting this mammoth project to director Jason Reitman, also supported by the wise advice of Dan Aykroyd, also (coincidentally) a member of the previous original films. And what can one expect from such an important duo? Here too, the answer is obvious: a great job. 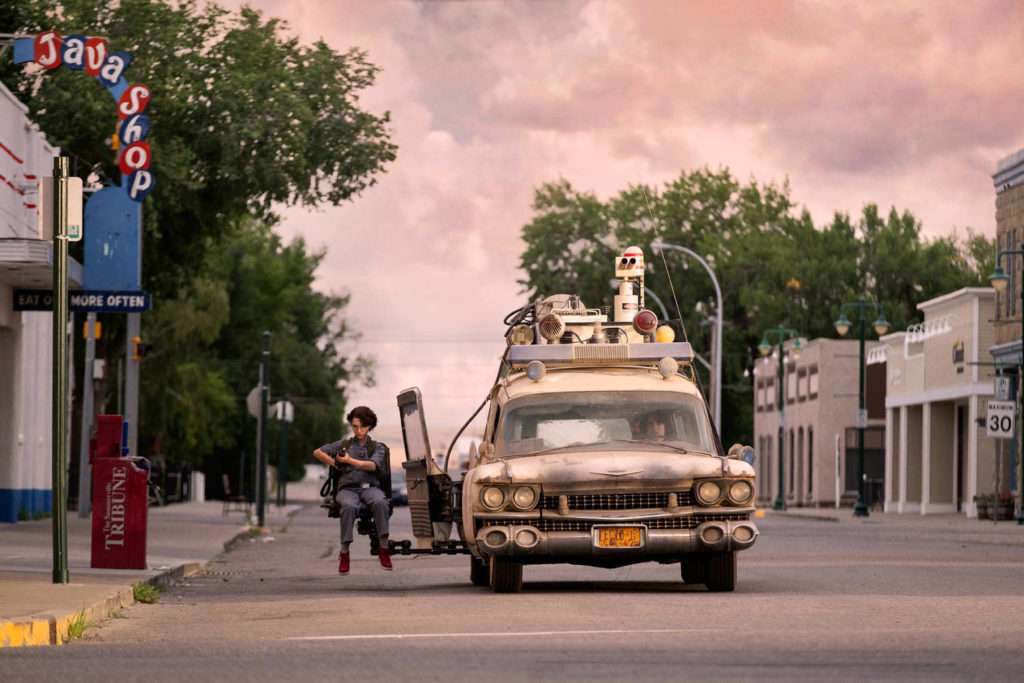 Let's start from the basic idea. The producers of the film probably have thought of creating a concept that could resume both the nostalgic sensations of the original masterpiece but trying, at the same time, to modernize the film with ideas and technologies closer to our times. In addition to this choice, throughout the film it is perceived that, in some way, those who worked in the screenplay, with the sad death of Harold Ramis, also wanted to pay homage to the good Egon Spengler. The story, in fact, as explained above, mainly revolves around the Spangler family. Speaking of them, I would like to focus on the excellent choice in terms of casting.

For the role of Phoebe Spangler the very good was selected Mckenna Grace, new rising star of cinema. Its part, among other things, it is a very complicated role being the actual protagonist of the new chapter. However, I guarantee you that what you will see will be amazing and that its interpretation will be extremely convincing and, although in certain situations it may seem a bit forced in the execution of certain lines, it will not make you regret the lack of goodness. Egon, from which he clearly takes inspiration. But on the other hand, good blood does not lie. I would also like to do a similar speech for Finn Wolfhard (Trevor Spangler), another actor with excellent prospects and who, as is now known, owes much of his success to Netflix also because, from my point of view, outside that field his performances are not always able to completely convince as it seems that he cannot to completely separate from the aura of Stranger Things. Which, however, is not really a bad thing, especially if we talk about Ghostbusters that the paranormal, combined with some comedy nuance, makes it its lifeblood. So even in this case a role that suits perfectly.

Nice, even if in a fully comedy role, the performance of the young actor Logan Kim (for friends "Podcast“) Which will be substantially an excellent shoulder able to make the situations in which the protagonists will run into less tense of the film thanks to a series of jokes that will never be out of place or embarrassing.

In conclusion Ghostbusters: Legacy can be defined as the chapter that all fans of the film series have been waiting for for some time as well as the best tribute that could be paid to a historic brand full of admirers from all over the world. The film will make you laugh, reflect and, why not, even cry with joy. The film will never be trivial, even if it will have a vaguely nostalgic tint, and indeed probably, you will leave the cinema satisfied and surprised. In fact, there will be surprises that, for reasons of possible spoilers, we cannot reveal to you. But trust me, you will be amazed!

The film was presented in Italy for the first time during the Rome Film Festival; however the reviewed version, unlike the one presented at the event, was the dubbed edition entirely in Italian. So prepare your crossed fluids and traps to catch ghosts in the hall, since the exit is expected for the November 18 in the best cinemas in Italy.