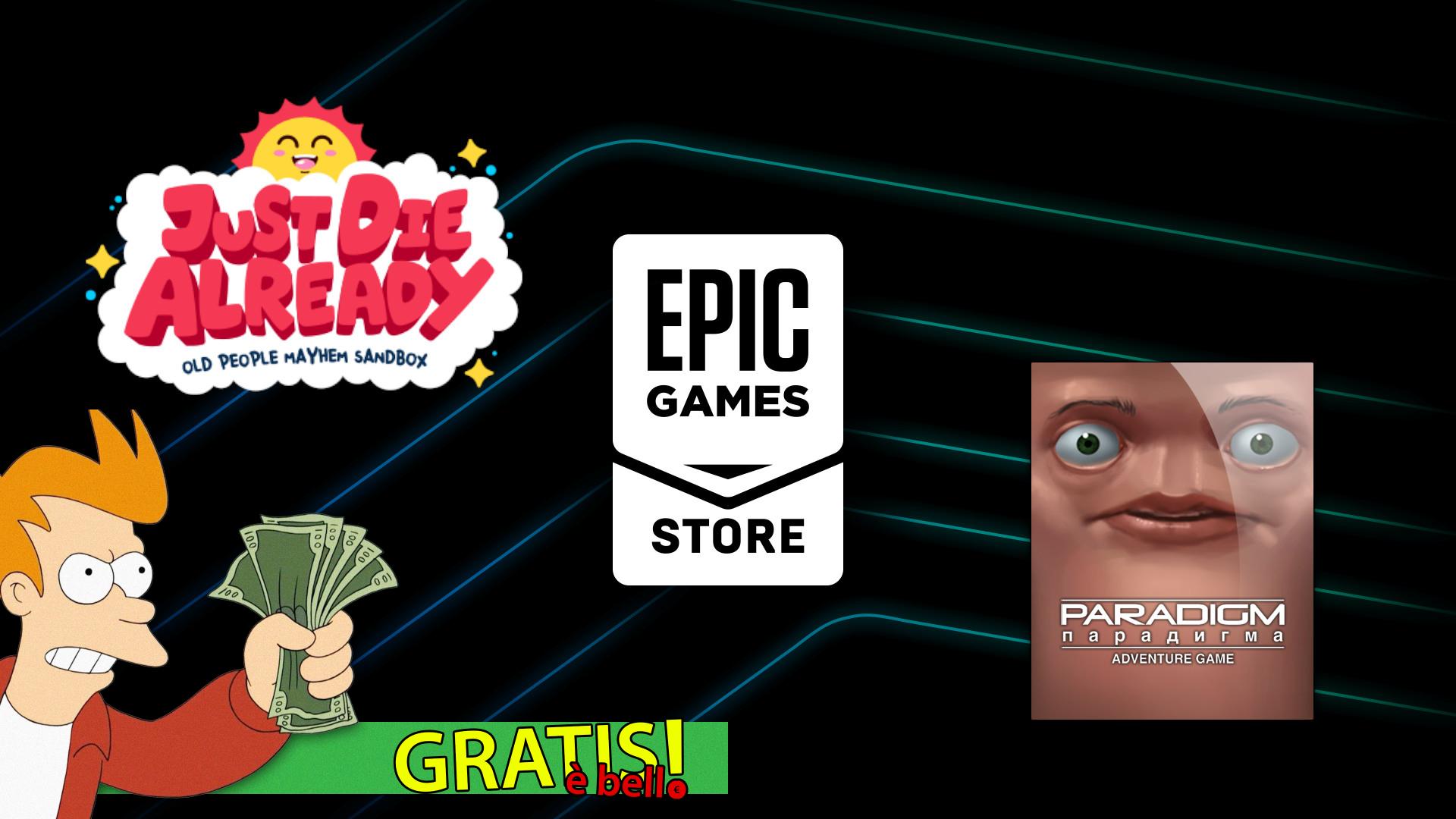 Over the years, the free offers ofEpic Games Store they highlighted any. From the most famous titles to the unknown gems of the independent panorama. But none of these have ever come to be much bizarre how much the games proposed this week: Just Die Already e P.

“Just Die Already is a crazy old-fashioned sandbox game created by the writers of Goat Simulator. Put yourself in the shoes of a retiree living in the near future where there are no more children. Thanks to those ungrateful millennials who prefer to play video games instead of working properly, it is not possible to pay pensions. Since no one can cover your expenses, you find yourself (along with all the other elders in the world) having to fend for yourself. How are you going to survive in a world that just wants you to hurry up and die? It gets worse: you have just been kicked out of your retirement home and you just have to accept dangerous challenges and explore the world in search of retirement tickets that qualify you for free retirement assistance. So, now that society wants you dead, isn't it finally time to live a little? "

“Paradigm is a surreal adventure game set in the strange, post-apocalyptic Eastern European country of Krusz. Play as the handsome mutant Paradigm, whose past comes back to haunt him in the form of a genetically engineered sloth throwing up candy. Paradigm's unfortunate life begins at DUPA genetics, a company that sells child prodigies to the rich and powerful who don't want to leave their legacy to their poor excuse for biological children. Something went wrong during Paradigm's growth process and it remained horribly mutated. To save their reputation, DUPA dumped the hideous child in a nearby abandoned post-Soviet city, forcing him to fend for himself. Paradigm didn't let that get him down and found solace in music. Dream of becoming the best electronic music artist the world has ever seen! Unfortunately his past is bound to catch up with him and he has to reluctantly step forward as the savior of the world. When he really just wants to finish his latest EP. On his journey, Paradigm encounters a number of strange characters. Some include: a psychopathic superhero, an evil sloth, a secretary knight and a glam metal cult leader pug. "

Cyberpunk 2077 - Would testers lie about their experiences?