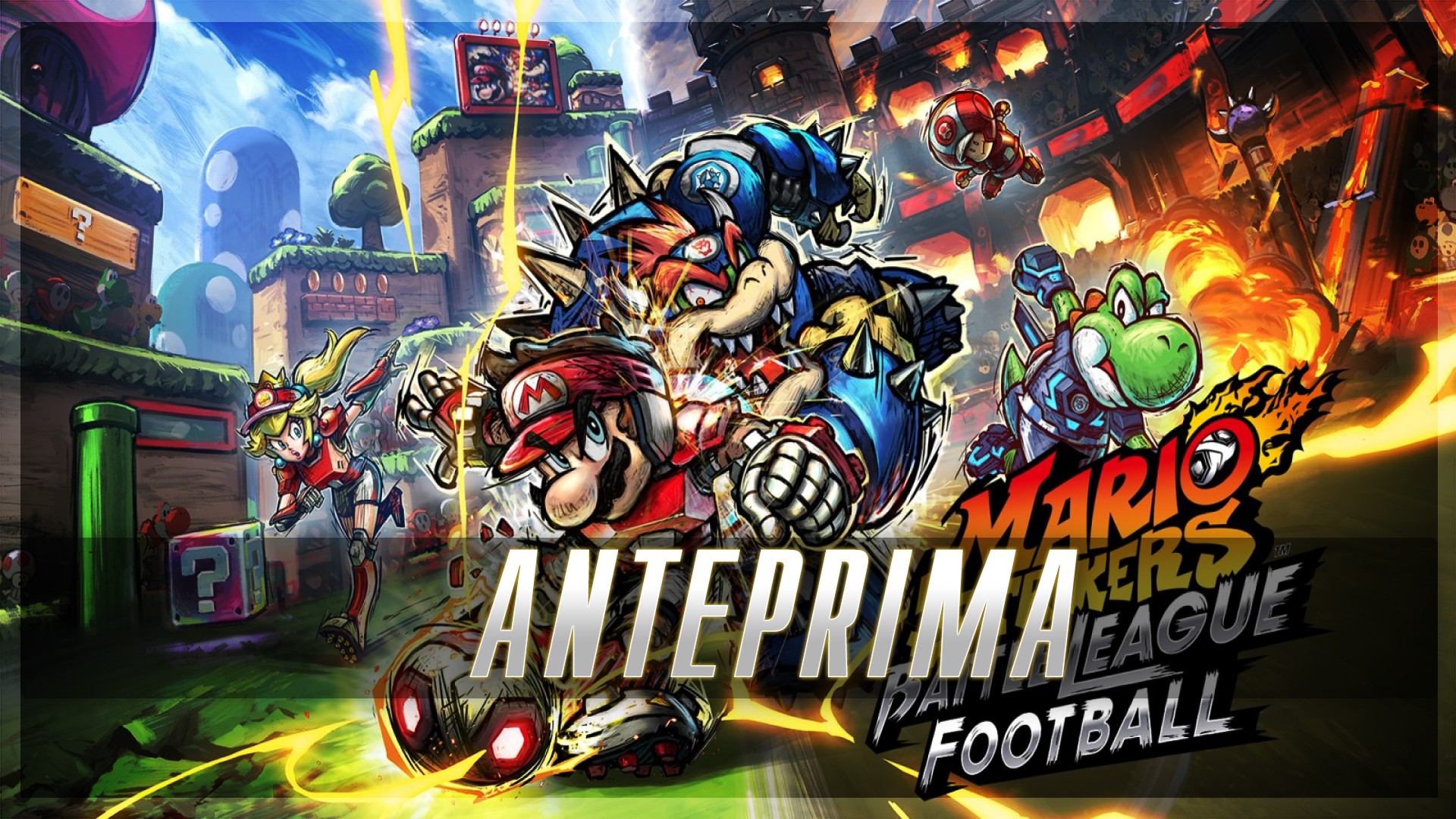 In Marioverso, something very singular must have happened to bring the football declination of the Mushroom Kingdom to conquer the Galaxy. Far from the “simple” soccer fields that the Strikers series has accustomed us to, the latest iteration of the home soccer game at Nintendo takes place in deep space, with arenas that are modularly created in a giant sphere wrapped in stars. Mario Strikers is back.

What prompted the entire universe to elect Battle League Football as the galactic trend sport? What prize is behind this ruthless tournament? What size of shirt does Bowser wear?

These and other questions are obviously not answered. But no problem, it is all a pretext to fill yourself "sportingly" with blows.

The first rule is that there are no rules. The second is: study the tutorial well.

First of all, for those unfamiliar with the brand, what is Mario Strikers? It is soon said. A totally insane and reckless version of football, alternating with quick shoulder shovels, throws of Gusci on the teeth and every possible incorrectness. Ah yes, you always win by scoring goals.

The past interactions of the Strikers series, especially the progenitor on Game Cube, presented a frenetic and immediate gameplay but also quite dry and without too much visuality. The first thing that can be noticed in Mario Strikers Battle League Football is a renewed depth in the gameplay, which tries to do just the concept “easy to learn, hard to master”. And actually playing the long - and well cared for - tutorial shows a certain technicality in the backbone of the title. The basic actions are simple and few in number: a tackle, a dodge, two types of passes and a shot. However, each action can be performed with better timing - some very tight, among other things - to obtain a better result: more precise, more difficult to counter, more powerful, and so on. Precise game rhythms can be created, resulting in an unexpected flow. 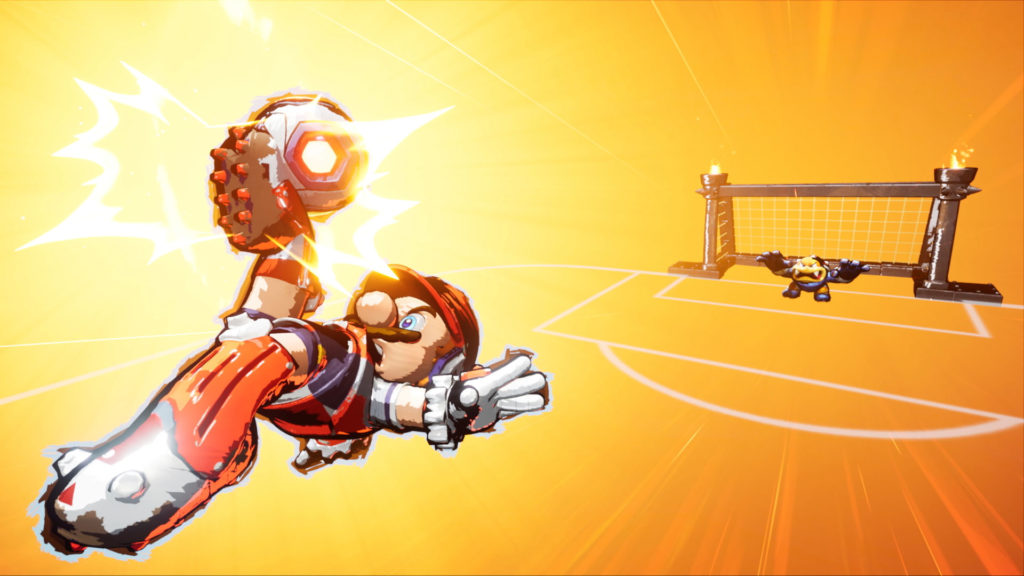 The more complex and better calibrated actions are not at all easy to perform, especially during the frenzy of a match. However, mastering them can sincerely make a difference and this structure could represent one of the greatest strengths of production. In short, Mario Strikers Battle League Football is not a title that remains the same, it needs study and dedication. Here now I should add something like “just like the football we love so much” but football makes me sick, so nothing. 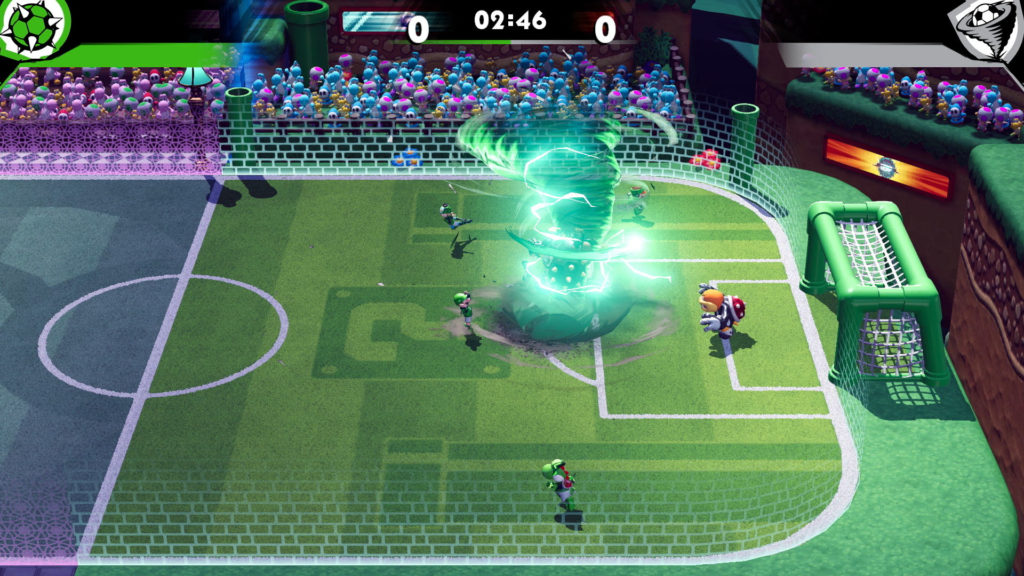 All kicks minute by minute

A "classic" Strikers match lasts 4 minutes. Few, they may seem. But given the Arcade nature and the absolute delirium that ignites on the playing fields, it proves to be the perfect duration to fully enjoy a chaotic match. Putting into practice what we have learned on the quiet test fields is not a trivial matter considering the speed with which the fight takes place and the fact that the opponents will try to knock us out by any means, using violent slips or objects of all kinds to have the best on our team.

The action is agitated and - have I already used the terms "hectic" and "chaotic"?

Mario Strikers is a lot of fun, I want to specify that. But there is some doubt that it turns out to be too chaotic experience. Coordinating is not easy given the speed of the game, and the most precise and "clean" techniques may not marry well in an experience that relies so much on reactivity. In short, this new chapter of Strikers has an unexpected depth in its mechanics, but I am not yet convinced that they can express themselves at their best within its so immediate context. 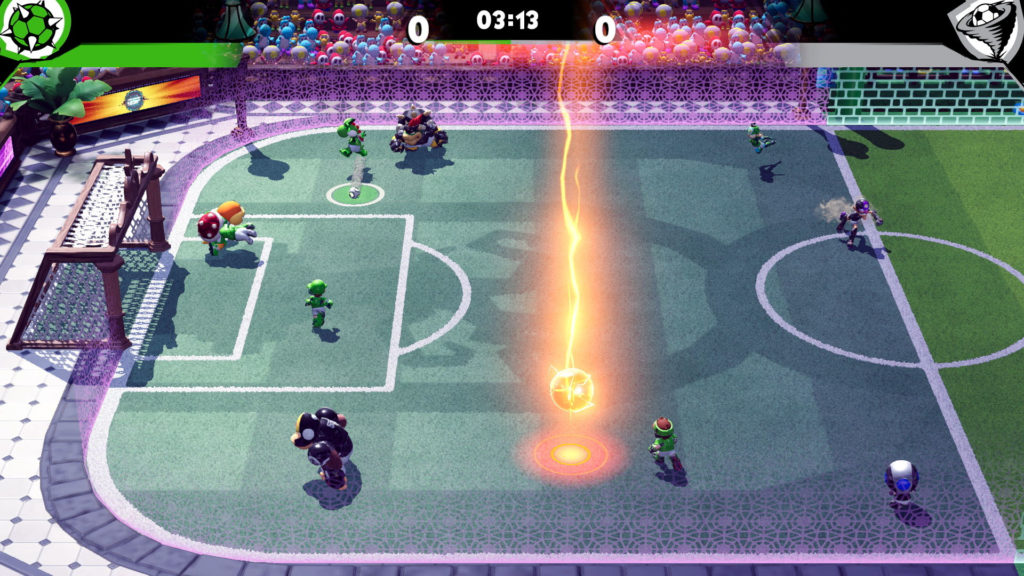 Going out onto the pitch simply in a shirt and shorts would not be a true striker experience. In Battle League Football you have the opportunity to "dress" our characters with real pieces of armor, divided between various parts of the body: head, torso, legs and arms. In the preview played it was possible to see five different pieces of armor for each part. Each piece of equipment, which can be purchased with the currency that is obtained with the various cups designed for local play, offers us a bonus and a malus to the characteristics, thus being able to make a character slower but powerful, or less resistant but more precise, and so on. You can therefore give a very personal cut to your team, drawing from a roster of 10 characters, each with its own peculiarities.

The possibility of having to buy these pieces with the in-game currency could be one of the cornerstones to push the game locally and consequently to extend the longevity of the title even in single player, before diving into online multiplayer, which obviously was not possible try but that should prove to be one of the focuses of the new Nintendo exclusive. 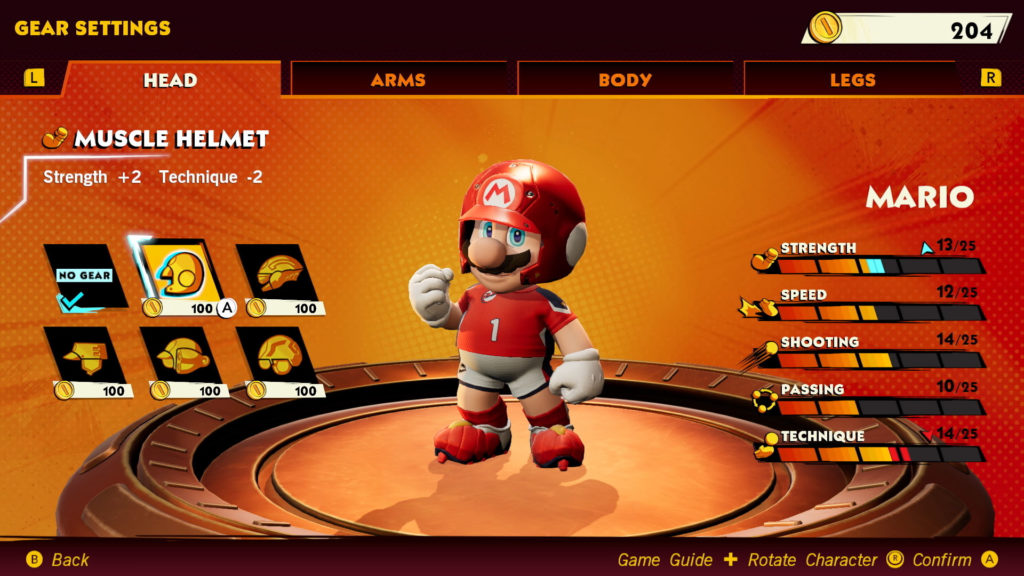 It was Bowser's hand

Mario Strikers Battle League Football looks more than good to date, net of some doubts. It is certainly a fun product with an unexpected and very welcome "technical" aspect in its playful structure, although it is not yet clear how much it can emerge within such a chaotic design of the games. Honorable mention on the technical and stylistic front. In docked mode the title appears clean and solid. With a vibrant color palette and spectacular super shots, this new Strikers is a little feast for the eyes. 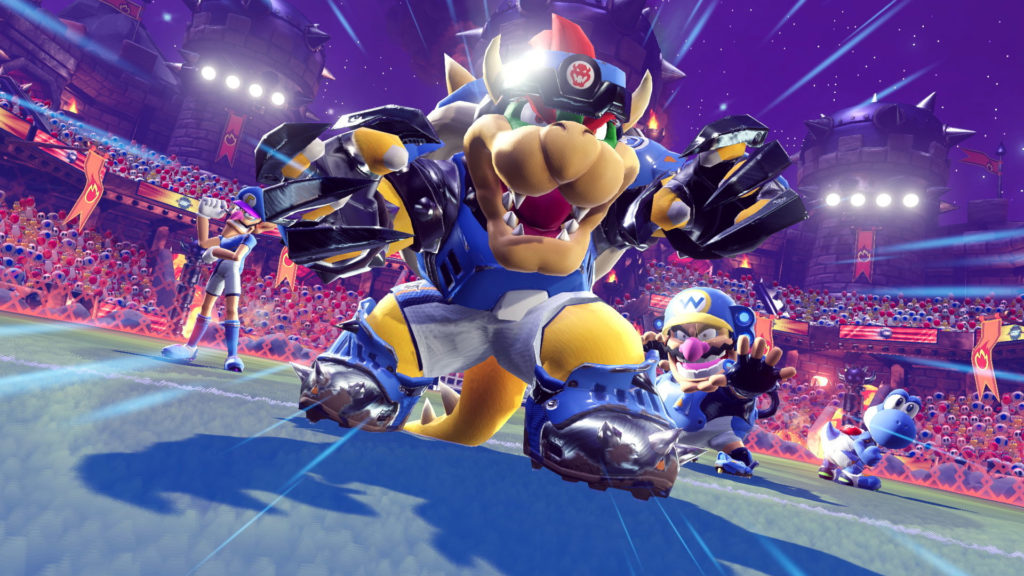 It will be interesting to see the developments regarding online modes and Nintendo's support for the title over the next few years on this front. The potential for the rest is high but today it is difficult to establish whether the amount of content offered is sufficient to satisfy the public in the long term. Right now, the desire to return to the crazy football field is great, however, and fortunately June 10 is not too far away.