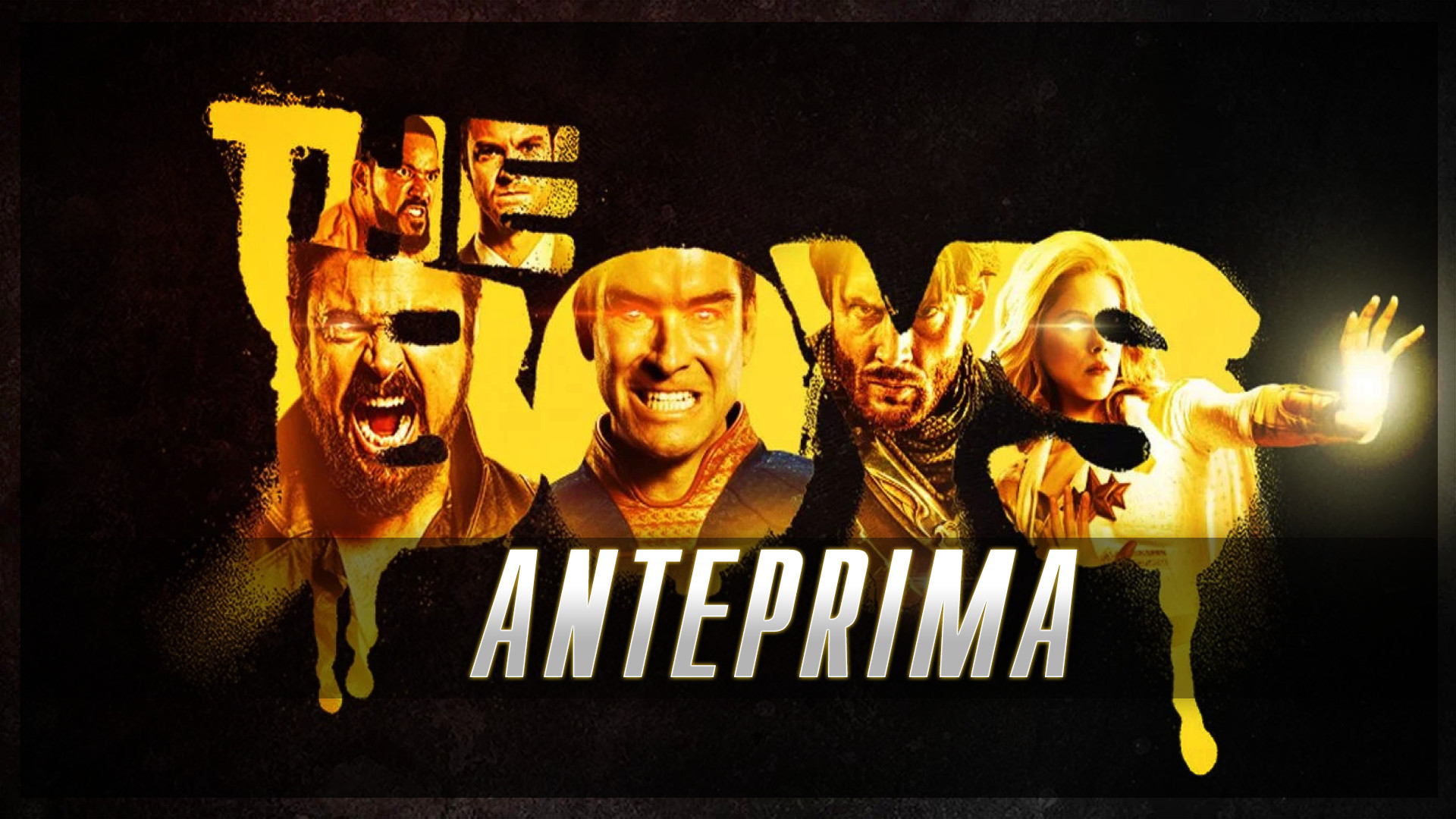 Two years later, one of the flagship series of the Prime Video package is back. Based on the comic by Garth Ennis and Darick Robertson, The Boys shows us what would happen if super heroes were, well, people. It's been a while since last season's events, Stormfront's defeat, Becca's death, and Hughie's new position at the Bureau, in which he finds himself being an involuntary "sidekick" of a super, the Boys went their separate ways and also inside the Tower of the Seven, some changes of power are taking place. The first six episodes of the third series of The Boys seem to outline events and arrange the characters - old and new - within a dynamic that seems preparatory to a real final arc..

Of course, accustomed to the past, we know that this could quickly result in a "nothing done" or in any case get close to it and then return to the starting square. Yet, net of some flaws and the usual problems evident especially in the last season, the series of Eric Kripke looks much better than in the past.

The first episode of this third season takes us straight home, showing us (among other things) a typical day of the Boys, now reduced to the bone as a team but strengthened by a new position within the Government "food chain". The main scene of the episode perfectly sums up the stylistic cut of The Boys and the modeling of his characters who appear more and more human in all respects. It is not so much a question of facet on an emotional or character level, as the constant reminder that each of us, rather than the same stuff that dreams are made of, is made of flesh, bones, blood and various other body fluids.

In these first six episodes the series tries to open up new questions, provide answers and constantly change the cards on the table. He succeeds quite well, especially by opening and closing some brackets faster than one might expect, or at least not limiting himself to just asking questions and adding characters to the screen but also providing answers, closing small narrative arcs that almost always manage to dilute coherently. the story, without giving the impression of a useless filler, and to reconnect with the horizontal plot, contributing or enriching it.

The pace is fast, with a staging in line with what we are used to, but it manages to take a little more breath when it has to., more square and stop on the characters and the events. Even the photography remains coherent to itself and, although at times it may be a little too loaded perhaps, it is faithful to the cut of the work: cynical, exaggerated, raw, foul-mouthed. The touches of class of TV broadcasts, cinema, advertising and merchandise concerning "the Seven" are always well packaged and perfectly conveys the idea of ​​a world in which everything revolves around these "divine" celebrities, managing to show both the side pop and lively as well as corporate and unscrupulous. The Boys is always The Boys. The flagship of the production is and remains in its representation of violence. Representation that intelligently takes place in all its forms, even the most subtle and devious ones and not only in the mere shedding of blood. Verbal and psychological violence play an important role and often conveyed by a subtle comic streak that makes everything even stronger and indigestible. The wickedness of Homelander for example - but also that of Butcher - is often exaggerated and apparently gratuitous but perfectly returns the distorted mind of the character who perpetuates it and its imbalances, his suffering.

This season manages - for now - therefore to juggle between gruesome action scenes and more introspective moments, only in rare cases taking himself too seriously and thus succeeding to always empathize with the characters or to make us dwell on why it is not possible to do it with some of them. Of course, on the whole it is still a product that is not incredibly deep but that manages to manage all its strengths in a brilliant way, even when it reiterates many of its schemes. The only character that perhaps begins to tire is Butcher, always charismatic and master of the scene, but too much victim of his character.

“Do you know what is really boring? Immortality "

The problem of The Boys, which was found above all in the course of the past season, lies above all in the Plot Armor of the supporting actors.. So thick and untouchable that it inevitably causes narrative problems. In short, having a very large cast in which everyone is "indispensable" and unable to leave the scene creates serious imbalances, leading the protagonists to turn around the problems without ever being able to solve them and returning a feeling of "nothing done" that in the long run it is extremely tiring.

This third season, however, in its first half, seems to have found a square. Not being able to get rid of any main character, he tries to make him as interesting and "indispensable" as possible for the purposes of the plot. The result is that these first six episodes seem to anticipate a potential big change and indeed, in the second half we could easily reach a real epilogue of the serial., although he has many doubts about it, given the success of the series and the rumors that already exist on a possible fourth season. Not only that, the risk of creating a new character along the lines of Stormfront - not so much in writing as in role - could be a new scapegoat to use to avoid focusing on Homelander and the destruction of Vought.

All in all, the first six episodes of this season of The Boys live up to expectations, remains the victim of some of his problems, some of which have already been mentioned but also of an extreme predictability of events which, while not affecting the viewer's attention too much, weakens the work a little, denoting a certain narrative laziness. To put it another way: Chekhov's gun fires a little too often.

Net of all this, the journey with the Boys remains fascinating and magnetic, thanks to a good cast in which, once again, Anthony Starr steals the show.